I was thinking of vacuum cleaners, and what a good article they would make as most people have one, or something similar.

It got me thinking of ‘hoover’ – which is actually a brand name but is always associated with vacuum cleaners. Say ‘Get the hoover out’, and everyone knows what you mean. The hoover was actually invented by an asthmatic American inventor called James Spangler, who sold his idea for an electric broomstick-like cleaner to William Hoover in 1908. His invention proved to be arguably the first truly practical domestic vacuum cleaner. I guess this will be superseded in due course by the ‘Dyson’ – named for James Dyson, the highly successful inventor of the dual cyclone bagless vacuum cleaner, which works on the principle of cyclonic separation.

Thermos is another. Invented in 1892 by Scottish scientist Sir James Dewar, as a result of his research in the field of cryogenics. It consists of two flasks, placed one within the other and joined at the neck with a vacuum between the two flasks, which significantly reduced heat transfer by conduction or convection. Used to keep your hot drinks hot (or cold drinks cold), and for many purposes in many industries. 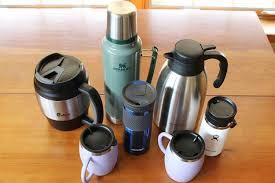 The Band-Aid was invented in 1920 by a Johnson & Johnson employee, Earle Dickson, in New Jersey, for his wife Josephine, who frequently cut and burned herself while cooking. The prototype allowed her to dress her wounds without assistance. Dickson passed the idea on to his employer, who went on to produce and market the product as the Band-Aid. Dickson had a successful career at Johnson & Johnson, rising to vice president before his retirement in 1957. 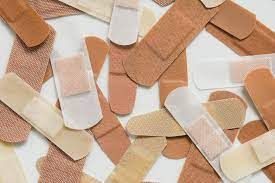 Who hasn’t used one or more of these cheap ball-point pens either at school, college or for shopping lists? Invented in 1938 by László Bíró, also called Biró Ladislao, (1899-1985), the Hungarian inventor of the iconic easy-to-use writing implement generally known as the biro. The new invention caused such a stir when these ballpoint pens were first sold in the US in 1945, that hundreds of people lined up to buy them despite the fact that they cost more than $150 in today's money.

Also known as a canning jar or fruit jar, used in home canning to preserve food. It was named after an American tinsmith called John Landis Mason, who patented it in 1858. The jar's mouth has a screw thread on its outer perimeter to accept a metal ring or "band". The band, when screwed down, presses a separate stamped steel disc-shaped lid against the jar's rim. Mason lost his patent for this, and many other companies cashed in on his idea, but the name remained.

I had no idea about this one - Adolphe Sax was a Belgian inventor and musician who created the saxophone in the early 1840s, patenting it in 1846. He also invented the saxotromba, saxhorn and saxtuba, but his most famous one was the saxaphone. His dream was to create an instrument with the workings of a woodwind - hence the reed - but with that iconic horn sound. The saxophone changed the face of music forever, even though it took a while to gain popularity, remaining a novelty instrument until the rise of jazz in the 1920’s when musicians found it matched the sound of the new genre.

Another one is Sellotape – another brand forever linked to clear sticky tape on a roll. I personally think is probably a market leader too, having wrestled with other tapes in the past. It does what it says on the tin, as they say. In the USA, it is sometimes called Scotch Tape – also a brand name. Sellotape was originally manufactured in 1937 by Colin Kinninmonth and George Grey. The name was derived from cellophane, at that time a trademarked name, so they changed the initial letter ‘C’ to ‘S’ so the new name could be trademarked. The poor old Australians - or at least those who lived in the south - to them durex (small 'd') was what we call Sellotape (big 'S’), causing confusion in other countries!

Rotterdam’s rooftops will put you on a real high

Tickets now on sale for Medieval Market of Óbidos

By TPN, In News, Portugal, Tourism, Other Events