BEM awarded to past afpop President

At a ceremony hosted by Portimão Câmara President, Isilda Gomes, on Friday 27th May, Christopher Ireland, the ex-President of the Foreign Residents’ Association afpop, was awarded the British Empire Medal by the British Ambassador to Portugal, Mr Chris Sainty.

Mr Ireland was acknowledged in the Queen’s Birthday Honours for the work of afpop in supporting the UK citizens living in Portugal over the ten years that he chaired the Management Council. The citation read “Christopher James Ireland, Management Council member and former President, Association of Foreign Property Owners in Portugal, for services to the British Community in Portugal.”

On receiving the award, Chris Ireland said “When I received a phone call from the Ambassador last year, I was quite taken aback when he said I had been nominated to receive an honour in the Queen’s Birthday Honours for work with afpop. To receive an award for fulfilling a role you were elected to and one which you thoroughly enjoyed doing, seems strange, but when put into context of what afpop does for the UK citizens living in Portugal, and those of other nationalities who are also members, then it is recognition of the work done by the team I headed, our staff and all the other volunteers. I am greatly honoured and proud to have received the British Empire Medal from the UK Ambassador both on a personal level and on behalf of the Association and I thank everyone for the support and commitment given over many years.” 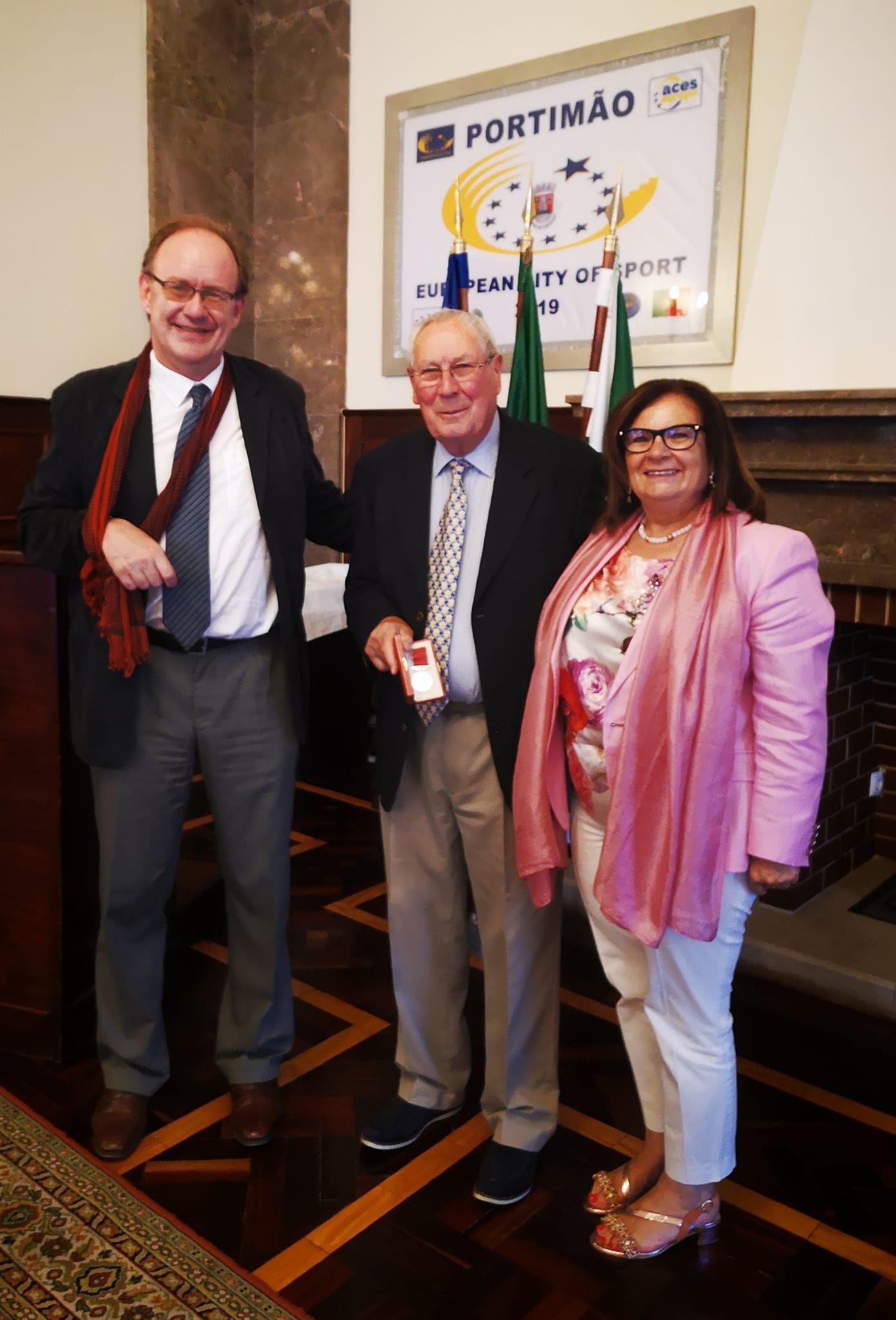 The Ambassador, presenting the award in the auditorium at Portimão City Hall on Friday 27th May, with the Mayor of Portimão, Drª Isilda Gomes, welcoming the Ambassador, Chris Ireland and guests, said “It was a great pleasure to present, on behalf of Her Majesty The Queen, a British Empire Medal to Chris Ireland, former President of the afpop Management Council, in Portimão on 27 May. The event was kindly hosted by Mayor Isilda Gomes at the Portimão Town Hall. As well being a very befitting honour for Chris, thanking him for his remarkable contribution over many years, it was also a very nice way to reflect the tremendously important role of afpop and the services it provides to the British and other foreign communities living in Portugal. At the British Embassy and Consulate we value our close and very collaborative relationship with afpop: We share similar goals in terms of supporting the British resident community and we are very aware that our job is made easier by the dedication and professionalism of Michael Reeve and his terrific team. 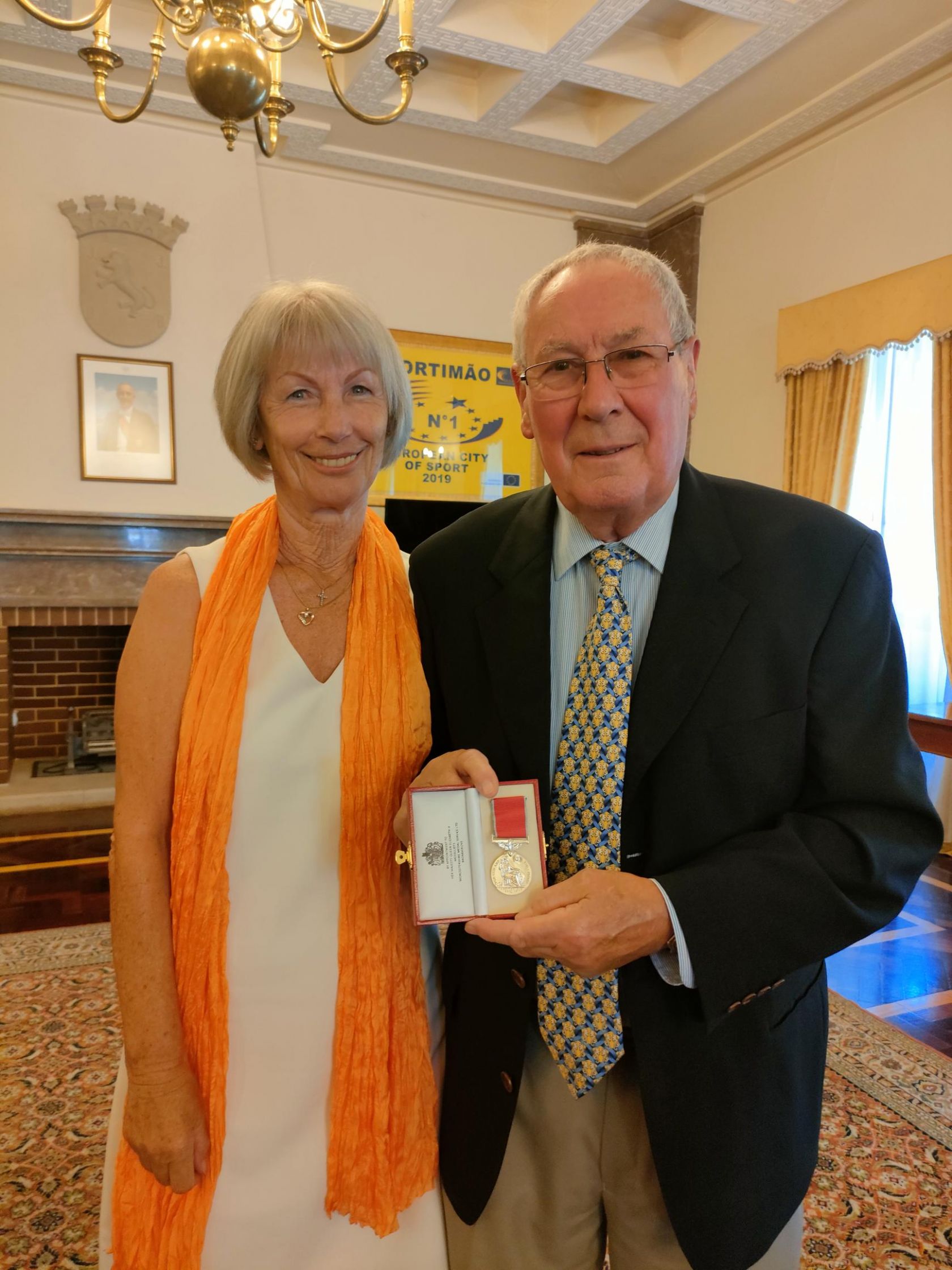 I congratulate afpop on all they have achieved and continue to achieve in Portugal.”

afpop’s CEO, Michael Reeve, added “As Chris says this award can be seen as an acknowledgement of the work that afpop has done for over 35 years to help foreign residents moving to Portugal and it is fitting that the award has been made to someone who has given their time voluntarily for so many years. We are very proud that Chris has been recognised for the time that he has given and the work that he has done for his fellow foreign residents.”

Last chance to see Jack and the Beanstalk!

Back to School for Algarve Wine Society

C.A.S.A. visits Guia for a dinner

BEM awarded to past afpop President