I had the pleasure of speaking with John Webb, founder of embark2. Embark2 is a UK based group that John started in 2015 following the loss of his wife, in 2013. The group supports widows and widowers in the UK, offering holidays and events on a non-profit basis.

Embark2 offers peer to peer support “whether you have been recently bereaved or bereaved some time ago, regardless of age, gender, race, religion or orientation” with those who understand and who are faced with the challenge of trying to rebuild their lives. Asides from holidays abroad, they often do walking weekends and day events all over the UK, having most recently done a successful four-day spa break.

John started the group after he lost his wife, explaining that “like every other widow and widower, your life falls apart and now looking back I know I isolated myself and became cut off from my friends and family. A lot of people will tell you that once the funeral is over, friends and family go back to their life and you are stuck in your life.” He shared “I was working and going to bed earlier and earlier and I thought I can’t carry on like this so I started biking after 10 years and I really enjoyed it so I started thinking about holidays. I did not want to go on my own and looked at how much more expensive they are due to single person supplements and I thought there must be a better way of doing this.”

John went to a local widow’s group and asked if anyone would like to go on a walking holiday to Cyprus and to his surprise 23 people wanted to join. The initial company he contacted to do the walks were charging 700 euros per person for three walks, transport and lunch which he soon realised was just how expensive walking holidays are but he wanted to find a cheaper alternative which he did by speaking with a local walking group who were happy to have their group and who recommended a local transport company which significantly lowered the holidays cost. Since then, John has managed to reduce costs for his group holidays, whereby you don’t pay a premium price and even transfers are organised by embark2.

The group holidays in Quarteira in the Algarve take place every year and have been staying at the Dom Jose Hotel for the past four years, “they have taken really good care of our group, it is the little things that add up for our members and make a good holiday.” “We also have a local contact who arranges our excursions, a couple of years back, we did a Benagil cave tour and he arranged for us to have a glass of wine”, humorously adding, “It kept coming! I can’t put into words how much that meant to us.”

John went on to explain his strong connection to the Algarve “For many years now, we travelled to Portugal in the second week of January, for me it started with my wife, so for 14 years we have been coming to the Algarve.” John affirmed that members loved visiting the Algarve and so much that last year “they said that a week was not long enough, so in January 2023, we will be offering a 10 and a 14-day option.” 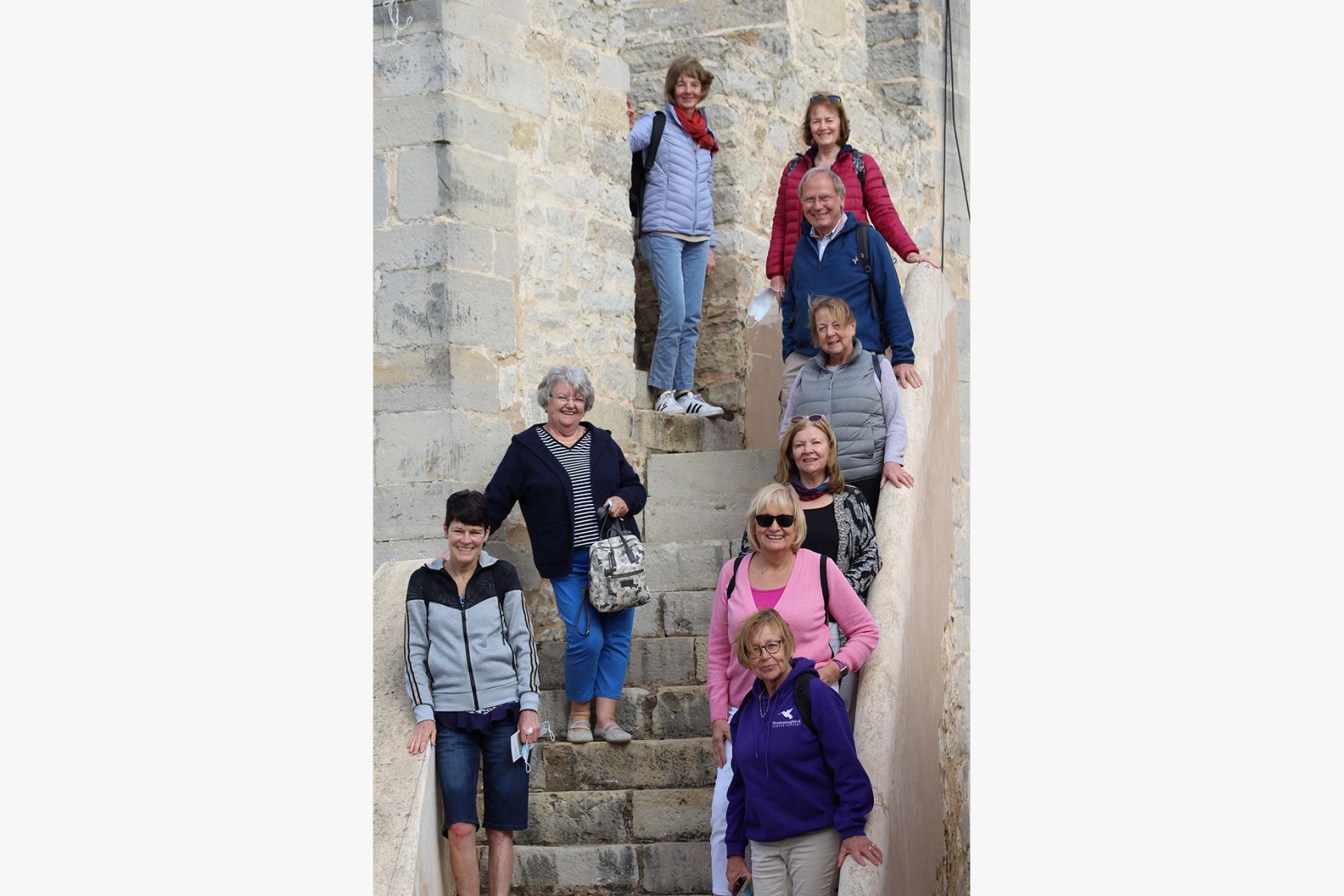 Joining embark2 has had many benefits for its members, “It is not just the holiday that the widows or widowers get out of it, it is the support and friendship”, which he affirmed is their ethos. “You are with a group of people that just know what you are going through and we are all looking out for each other.” I was happy to hear that long lasting friendships have been formed all over the UK through embark2, with some members visiting each other post holidays. “We have gone to having our own world with our partner to having a world where we have friends from different parts of the country to meet up with and it is a new, different life.”

“Although we do try to have an itinerary but if people would like to dip out that is absolutely fine as it is at your pace and there is no time limit on grief. I think by having a mix of people who have been bereaved for 9 years plus as well as those more recently bereaved it really add something to the support we give each other.”

John also explained how difficult it can be for widows and widowers to come on holiday but assured me that there have been many members who have struggled but following the holiday they say they are pleased they came. From speaking with John, I can see that the confidence members gain is really special and that they go back to their lives with this newfound confidence. For anyone who is interested but is holding themselves back for whatever reason, John’s advice was “Book the holiday. Once you have book it there is that psychological commitment and we have a helpline that members can use and get the added reassurance and a forum for the holiday so that those going can get to know each other before the holiday.”

Embark2 are looking to connect with other local groups of widows or widowers based in the Algarve when they come over in January, in which you could join their group excursions. John affirmed that “they could add so much to our group so it would be perfect if they would like to join us.” For more information and to make lasting friendships please visit https://www.embark2.co.uk/ or alternatively email enquiries@embark2.co.uk.

Chalking the Door: An Epiphany Tradition

By TPN, In Community

Lunch on the beach at Rei das Praias

By TPN/Lusa, In News, Portugal, Algarve

By TPN/Lusa, In News, Portugal, Crime

By PA/TPN, In Good News, Community

By TPN/B, In Good News

Oars at the ready!