These days there are an inordinate number of wine connoisseurs. Supermarkets are packed full of wines, all priced to tempt us into the realms of quaffing aficionados. No longer the preserve of the well heeled we can all sniff, scoff and sneer in blissful harmony these days.

The aristocracy once had it all their own way. Fine wine was a bit like Range Rovers, mainly prominent in the world of good living and gout. Just like fine wines, Range Rovers were mainly the preserve of the landed gentry with their smoking jackets, tweed suits and pipe tobacco. These cars existed in a world of horses and hounds and perhaps a few worried foxes. It was where people dressed for dinner and passed the port. The masses drove Morris Marinas, drank Blue Nun and didn't really 'talk-proper.' The similarity between ‘them and us’ ended with BL door handles. Then, someone had a brilliant idea. Let’s make a sort of smallish Range Rover - a Range Rover of the people.

Range Rover of the people

In 1989, the Land Rover Discovery was unveiled at the Frankfurt Motor Show. It marked a major departure from previous Land Rover vehicles. It created a 'family car' 4x4. The British market quickly embraced the new model. 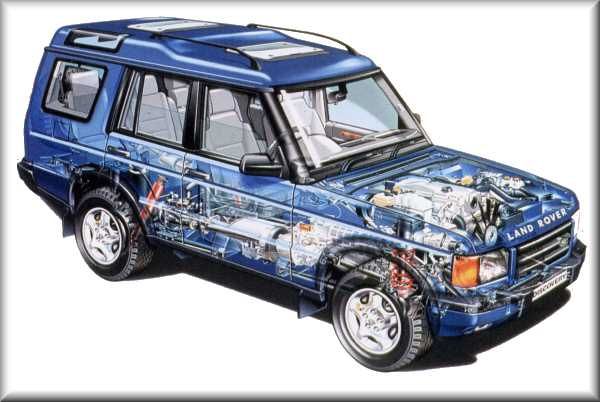 The Discovery was somewhat unkindly nicknamed “The Poor Man’s Range Rover" even though they were never all that cheap. However, unlike Land Rover's previous products, the Discovery was capable of competing against ordinary family cars.

The 'Disco' boasted a comfortable ride with an airy interior designed by Sir Terrence Conran. It could also compete in terms of power and performance because some models were fitted with the fabled Rover 3.5 V8. For a diesel option, the 200TDi direct-injection turbo engine was introduced with impressive fuel economy and best-in-class performance.

Soon after its launch a five-door version was introduced. Seven seats became an option with inward facing seats that folded down from the loadbay sides. The Series-I sat upon the original Range Rover’s chassis which had its roots in the 1960’s. There was also a brace of original Range Rover mechanicals which also hailed from the 60’s. In an agricultural sort of way, the Series-l had impeccable off-road ability but ancient underpinnings were always evident on the macadam.

When the Series-II was introduced in the late 1990’s, a vast array of modifications meant that the car was effectively a totally new model despite similarities in outward appearance. Keeping the look was quite deliberate due to the incredible success of the Series-I. 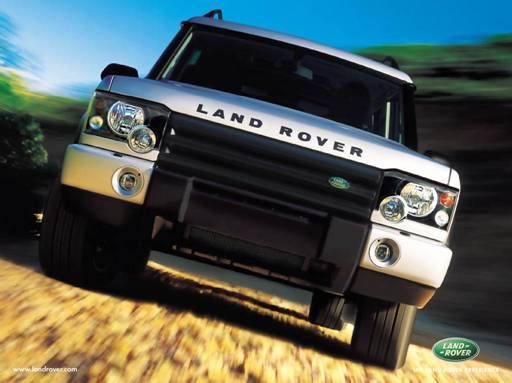 The Series-Il floor pan was a single pressing rather than several portions welded into one. The overall length of the body was increased by some eight inches in order to accommodate seven forward facing seats with 3-point seat belts. A brand new 5-cylinder engine was introduced (the Land Rover designed TD5). Only one body panel remained from the original Series-I which was the tailgate skin. Gone too were the Morris Marina door handles.

Discovery-ll was a serious piece of kit complete with a matching price tag. The “Poor Man’s Range Rover” had come of age. It actually towered above its Range Rover siblings in terms of size and height. The Discovery was arguably a better car to drive than the more wallowy Range Rovers. The Disco became bread and butter for Land Rover so its continued success became essential in this highly competitive sector. 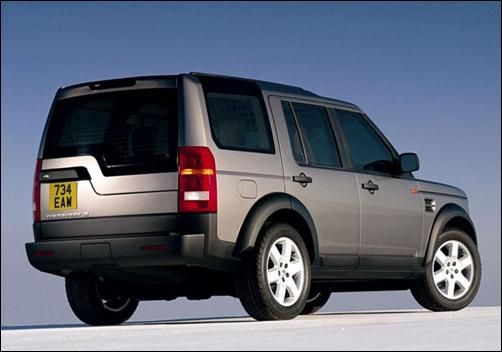 With the launch of an all new Range Rover in 2002, the Discovery-ll enjoyed another facelift including a brace of circular front lamps. An all-new bumper and grille configuration meant that the Discovery’s ‘face’ matched Land Rover’s line-up .

Further technical innovations were fitted as standard to give Disco-ll an even greater appeal. Electronic stability programme and improved suspension characteristics gave it an even greater edge both on and off the road. Land Rover’s patented Hill Descent System, first introduced in the Freelander, also became standard kit on the Discovery-ll. The steering system and air suspension were again improved providing greater responsiveness and a tighter turning circle. The Series-II was at the pinnacle of its career just as the model was phased out to make way for the Discovery MK3.

Beauty is more than skin deep. The launch of the Discovery-3 saw a substantial departure from the original styling. Many reckoned the new car was ugly. The front end wasn't too far removed from the face-lift Series-II or the Range Rover of the day but the rear end had all the looks of a Ford Transit.

The Discovery-3's chunky new look did however feature crisp, modern lines despite looking quite boxy. However angular exteriors equal spacious interiors. Spaciousness was core to what Discoveries were all about. These cars did school runs and family outings.

The Discovery-3 was forgiven for any sins simply by the way it behaved. On and off-road performance swiftly became the industry benchmark. The Disco-3's handling and comfort rivaled many top end luxury saloons. The 2.7 TDV6 engine was a thoroughbred that already powered the S-Type Jag where it came equipped with a brace of turbos. The same unit found its way into the flagship Jaguar XJ too with even further refinements and added horsepower. 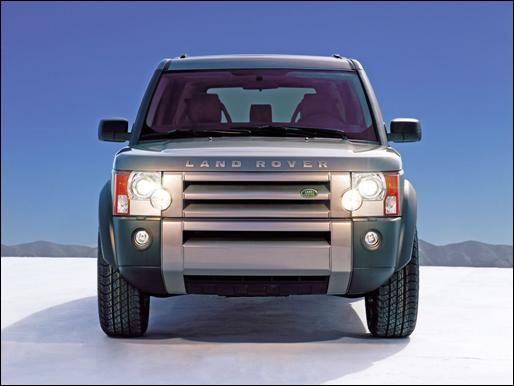 The Discovery-3 was a big, complicated car. Electronic terrain response programmes allowed a multitude of potential off road hazards to be easily surmounted by the marriage of engineering and electronics. There was all-round air suspension in all but the most basic models providing smoothness and adaptability during normal on-road driving.

The Discovery-3 was no slouch. The sheer power and refinement of that glorious turbocharged 2.7 V6 diesel propelled the car with the kind of effortless aplomb that put the 3.0 diesel Range Rover to shame. The Discovery-3’s 5-speed automatic transmission was the finest available in any 4x4. Effortless power and seamless gear changes were married to a vehicle that was beautifully balanced. Although no longer a frugal runabout, Series-3 and Series-4 Discos set new standards in the booming SUV sector.

When the Discovery-4 arrived, it sported a new interior with a bit of Range Rover panache built in. There was also redesigned nose and tail profiles, improved electronics and an upgraded multimedia system. Initially they came with the 2.7-litre TDV6 from the Discovery-3 but this was swiftly replaced by the 3.0-litre SDV6 diesel. Series-4 models initially featured a six-speed auto but an eight-speed was eventually introduced to help improve efficiency. 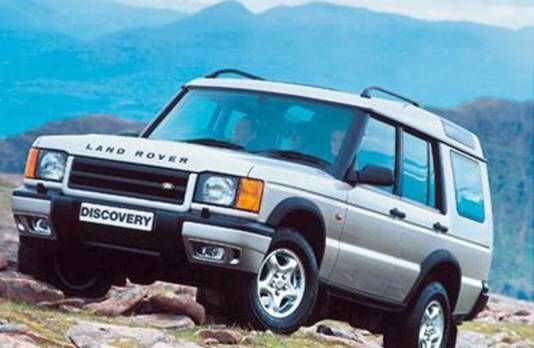 The Series-5 is the most capable Disco yet. It blends unrivaled off-road ability with considerably improved on-road manners. The Disco-5 is incredibly refined yet delivers all the versatility expected from an upmarket seven-seat 4x4. Yes. It's now considered an upmarket offering! Those humble origins of old, now long forgotten. In truth, the latest Discovery is almost unsurpassed. It copes with everything from school runs to full on adventures.

Born as stablemate to the original Range Rover, 30 years on, the early ‘Discos’ have become as distinctive a motoring icon as any ever created. The Series-I & II have doubtlessly already earned cult status. But the Discos of today are no more 'the people's champions'. Hefty price tags and exclusive top end luxuries have, quite frankly, put paid to all that.

By TPN/Lusa, In COVID-19, Portugal

By TPN/Lusa, In News, Lifestyle, Events

Will Porto be the main terminal for international rail services?

By Paul Luckman, In Opinion Pieces