HomeFood & DrinkThe primal power of cooking – and eating – outside

The primal power of cooking – and eating – outside

The River Cottage chef talks to Prudence Wade about his love of the great outdoors, and the unpredictability of cooking over fire.

Cooking outdoors might seem like a bit of a chore, when you start thinking about all the elaborate bits of kit you need to bring with you to make your meal shine. But this couldn’t be further from the truth for Gill Meller, who’s happiest when keeping things simple.

“My whole approach to cooking is the less-is-more, simple approach,” says the chef and author. “I work very closely with the seasons, and don’t over-complicate the food – let the ingredients speak for themselves, that’s always been my philosophy.

“That’s what I do when I’m cooking inside, so that follows through to outside – but I think when you’re cooking outside, it makes even more sense to strip things back, and get rid of the unnecessary stuff. You’re trying to escape from the conventional cooking that you do on a day-to-day basis, and you’re opening up doors to a much simpler, much more gentle and much slower way of doing things.”

Meller – who has worked with Hugh Fearnley-Whittingstall at River Cottage for 11 years – has had a lifelong love affair with cooking and eating al fresco. “Ever since I was a kid, I’ve enjoyed being outside,” he shares. “Whether that’s just hanging out and playing with mates, being outside has always been something I’ve longed for.

“Growing up in the countryside makes it a bit easier to head off and spend time outside safely – I always used to like getting campfires and cooking something. Whether it was edible or not was always up for discussion.”

As a professional chef, Meller’s meals are now more than just about edible – but his love of the outdoors remains. “If I had a choice, I’d always much rather cook and eat outside than inside, if the weather is favourable” – and his latest cookbook is “a celebration of our connection with being outside, and the food that we eat”. 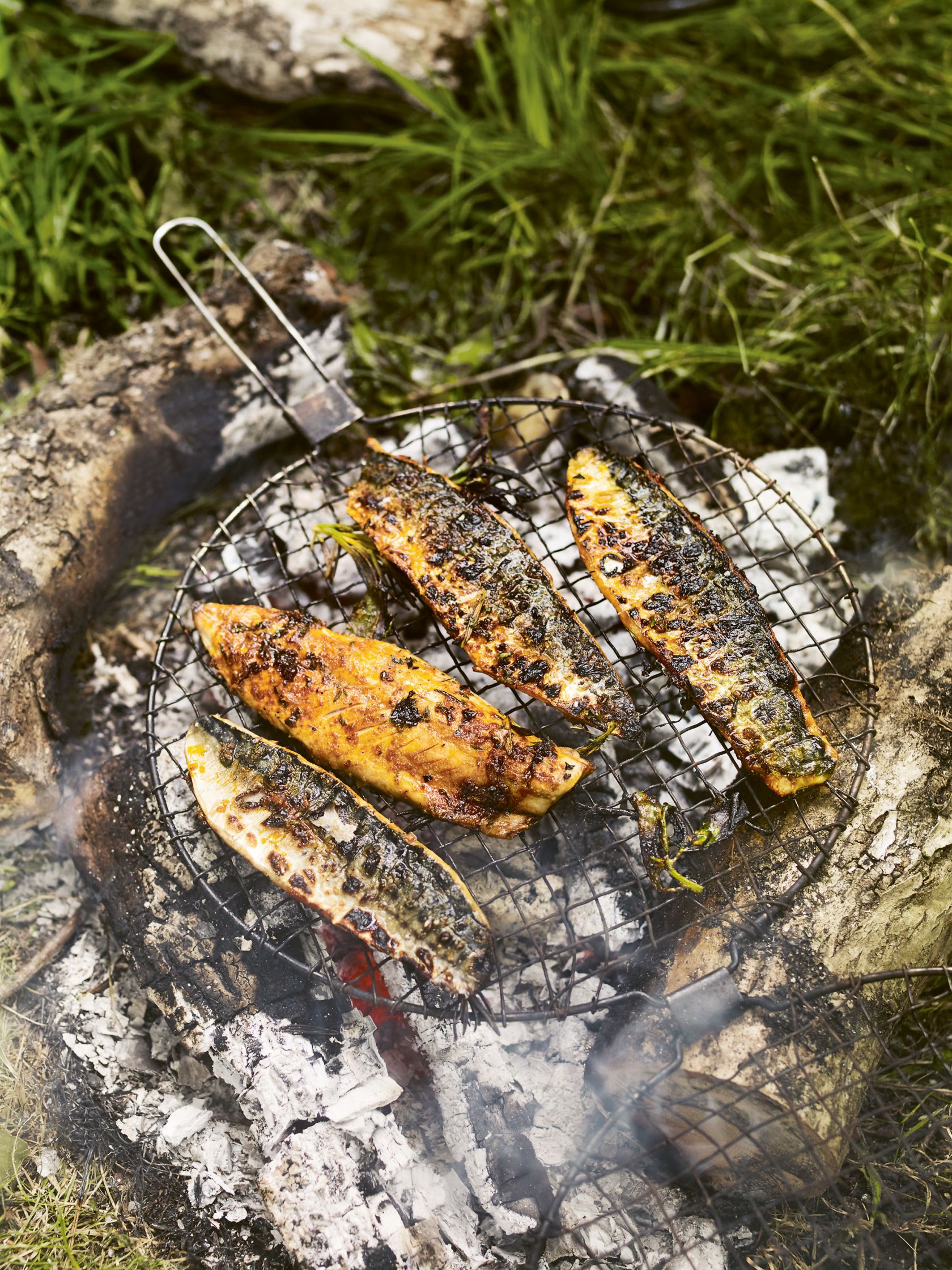 And it’s not just about cooking over fire (although there is a lot of that). You’ll find plenty of options for enjoying nature, whether that’s preparing a picnic indoors and taking it out with you, or foraging for ingredients. Ultimately, Meller says: “It’s good for our soul, it’s good for our wellbeing, it’s good for our mental health. It’s good for us to reconnect on a fairly basic level with the environment and the world around us – and being outside enables that to happen more easily than being in an office, or in the four walls of your kitchen.”

And using fire is “more rewarding than cooking on a gas hob in the kitchen”, he asserts. “Because we are tapping into a very ancient way of doing things. I’m specifically talking about making a fire in a simple way, maybe just making a campfire on the ground.

“If you’re able to do that, if you’re able to really connect with such a primal, instinctive way of cooking, I think it helps us rekindle some of that natural instinct that we have – that our early ancestors had.

“It makes us happy to do something different. Eating has become such a norm, that we don’t think about it much. Cooking, for a lot of people, has become so desensitised, it might just be as simple as putting a meal in the microwave and waiting for the buzzer to ring, and that is the level of engagement in the food they’re eating. But when you step outside, you’re engaging with it on a whole new level. If you’re starting your own fire, it’s worlds away from the cooking we’ve got used to in our modern-day lifestyles.”

It might be primal, but that doesn’t mean cooking over fire is always easy. “What can happen quite often is the fire gets slightly out of control – and that usually happens when you’re cooking with something quite fatty, and the fat can cause the fire to flare up,” Meller admits – and it’s something he’s fallen foul of before.

“I remember putting a big tray of mackerel fillets into a rather hot wood oven with the flames at the back. The tray got so hot it buckled and warped, and the fish leaped off the tray, into the fire. I remember thinking, ‘I’ve got 30 people inside waiting to eat this mackerel, what are we going to do?'”

Thankfully, things did eventually work out on that occasion… “I think we managed to retrieve most of the fillets – maybe some of them were slightly more charred than the others, but a little bit of charring goes a long way with mackerel.” 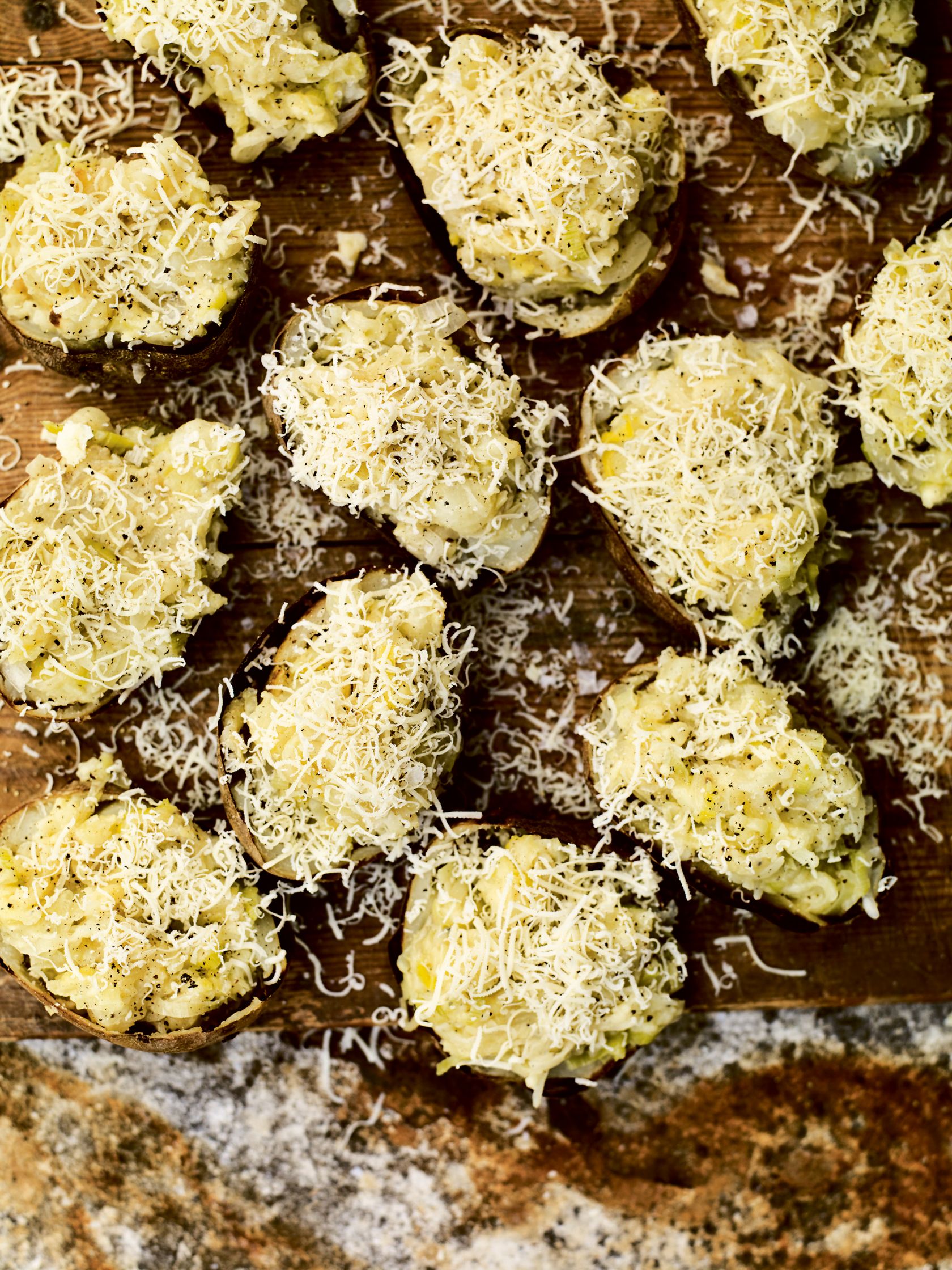 Ultimately, Meller relishes this unpredictability. “I like the fact you don’t know 100% how it’s going to play out,” he says. “I like the way you adjust and accommodate the twists and turns that a recipe might take when you’re cooking outside. Nothing’s ever the same twice when it comes to cooking over fire – there’s always going to be something slightly different from the last time you did it, even if it’s the same dish.”

Meller lives near the fishing town of Lyme Regis in Dorset, but he accepts not everyone can easily experience the great outdoors. “It’s not the most practical way of eating,” he says. “But that’s what makes it special. If you can find the time to get out during the weekend, or make an afternoon of getting into the countryside – perhaps to your local park – then do it, and take a picnic.

“I just feel the food we eat when we’re outside tends to taste so much better than it would inside.”

By PA/TPN, In Food & Drink, Community

By PA/TPN, In Food & Drink, Community

“Cooking what I believe in”

By TPN/Lusa, In News, Food & Drink

By TPN, In News, Tourism, Algarve

Passionate about the Algarve

Mexican food without the meat

By PA/TPN, In Food & Drink, Lifestyle

The primal power of cooking – and eating – outside