My challenge here was to pen an article about a car I've never personally owned - the Jaguar XJ.

Despite there being no proprietorial history, it turns out I've actually driven every iteration bar one. I trawled through some 40 years of automotive memories to work out how much personal experience I actually have of the XJ. It seems that I've driven quite a few over the years. The only model I still haven't driven is a Series-1.

I recall looking upon the venerable XJ models as being beautiful, large British saloons that somehow consistently offered little by way of interior space. I always hoped that this design anomaly would be addressed when the next generation came out but this wasn't properly addressed until the final XJ was launched in 2009.

To be fair, cramped interiors seemed to be a typical British design trait in the XJ era. Despite Rolls-Royce Silver Shadows and Bentley T Series having imposing road presence, they too had relatively cramped interiors considering their plus-sized bodies. British designers at Jaguar, Rolls-Royce and Rover seemed to defaultly stick large, chunky hand-crafted leather three piece suites into their cars. Such stately elegance was further enhanced by placing, ahead of the 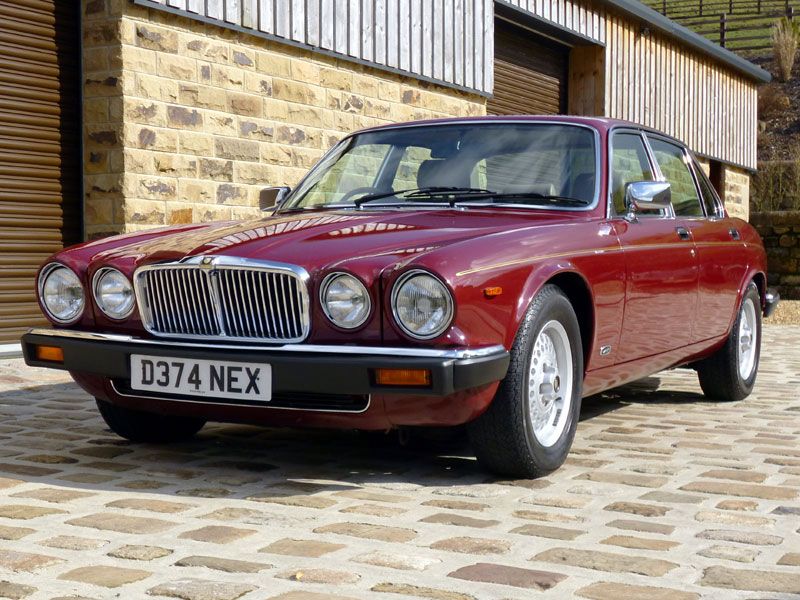 'Three box' British saloons tended to have long bonnets, a large boot and ridiculously small cabins which had to accommodate all the bulky furnishings as well as four occupants. The narrow foot welled, low roofline XJ was basically a low-slung sports saloon which looked incredibly lustrous and appealing but offered little by way of leg and headroom. So, I never bought one despite their remarkable value on the used car market.

The first-generation XJ was revolutionary. The styling proved so iconic that Jaguar was thereafter very reluctant to change it. I guess this is probably why the XJ model's typically cramped interiors hopped across the generations like a nuisance hereditary ailment.

Despite my personal gripes, XJ styling was nevertheless very popular and pleased a loyal customer base for decades. For them, this was all about evolution rather than revolution. It was almost like a wholesome family recipe that no one dared change for fear of disappointing the people you love the most. Whilst the model was extensively developed over the years, the original 1968 masterpiece cemented the XJ's place in Jaguar’s illustrious history.

Jaguar's original XJ was so-named because the concept was conceived to be an "Experimental Jaguar". Well, the "Xperiment" went well and so the XJ Series-2 was unveiled in 1974.

The second generation was essentially a facelift of the original rather than a full on revamp. Of course, there were a few mild styling alterations including more prominent raised bumpers which were so-designed to comply with strict American safety regulations.

Apart from restyled bumpers, the look was refreshed by the addition of a markedly squatter radiator grille. The grill was shrunk to fit alongside the new-look bumpers. The refreshed design really did provide the XJ with a new, modern appeal. There were a few interior updates too including a few more goodies as standard, such as power windows and central locking. A year after the Series-2 was launched, both six and twelve-cylinder variants came with fuel injected engines.

Jaguar had long planned to introduce an XJ coupe. This eventually arrived in 1975 badged as the XJ-C. Only 10,000 examples of the pillarless coupe were produced from 1975 to 1977. Despite being plagued with reliability woes, the XJ-C is today a very rare and desirable find in the hallowed world of Jaguar aficionados.

The task of styling the XJ Series-3 was delegated to Italian design house Pininfarina. Whilst the Series-3 retained the quintessential XJ’s 'face' the new 1979 interpretation featured a refreshed roofline and bigger side windows. The V-12 option remained but the legendary "double-six" power plant received numerous upgrades in 1981 with improved performance and fuel efficiency.

1986 heralds the arrival of the XJ40. This model was the most comprehensive redesign in the XJ's history. The new model came with a much more angular design following 1980s trends. The car boasted a new six-cylinder engine known as AJ6. Despite early reservations amidst the Jaa'aag faithful, sales rocketed. Perversely a V-12 XJ40 wasn't available so in order to keep the V-12 going, Jaguar kept the Series-3 body in production concurrently.

The 1994 X300 was an XJ conceived under Ford management with the intention of improving build quality. They designed the X300 so it could be built using simplified manufacturing processes. Design-wise, the model harked back to much curvier days with twin headlamps making a welcome return. This time, the XJ6 had a traditional twelve-cylinder sibling. But far more importantly, a new high performance 155mph 4.0-litre supercharged variant joined the line-up in XJR guise. This was to be a complete game changer!

1997 brought the X308. Appearance-wise this next incarnation didn't differ too greatly from the outgoing X300. The iconic XJ6 morphed into an XJ8 as Jaguar unveiled its first ever V8. Gone were both the V6 and V-12 engines in favor of the all-new V8 which came in 4.0-litre naturally aspirated guise or a hell-raising 4.0-litre supercharged unit.

In 2003 Jaguar launched the all-new Jaguar X350. Whilst this XJ retained the distinctive Jaguar look, it heralded huge changes both under the skin as well as introducing an aluminium body. 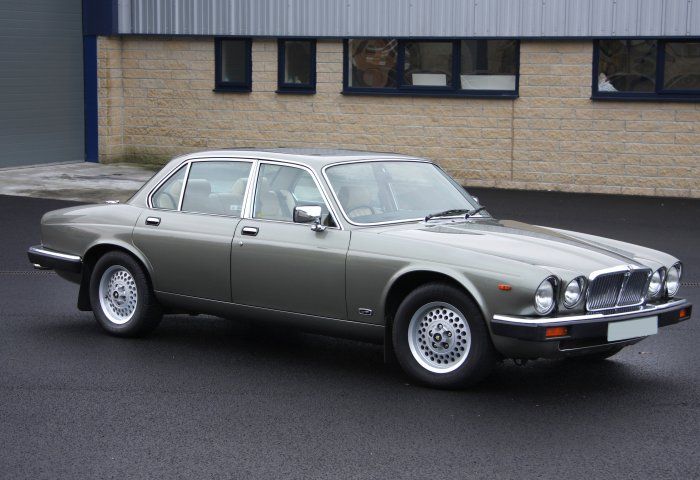 The car stood eight inches taller. Gone was the traditional super low slung XJ profile. Surprisingly, old woes persisted up front though. The X350 still had unusually narrow footwells and the chunky wooden dressing table dashboards remained despite being dotted with all the latest technologies.

The aluminium body of the X350 saved a considerable amount of weight. Jaguar estimations reckoned up to 40% reduction. Air suspension was introduced for the first time whilst the V8 grew from its 4.0-litre displacement to 4.2 litres. The magic continued with a new XJR model which provided awesome performance complete with a snarly, aggressive look. Jaguar went a step further with the addition of the Super-V8 model. This coupled the XJR’s supercharged V8 powerhouse with a LWB body providing a level of opulence and luxury that easily matched a Bentley. 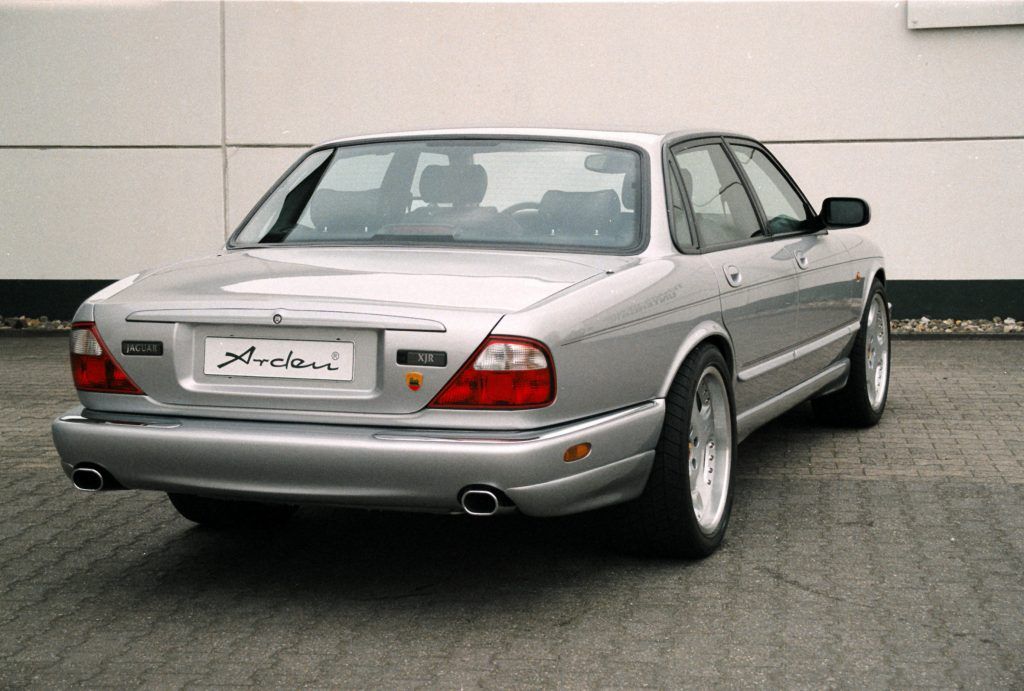 By the late 2000's, Jaguar was again under new management having been sold off to TATA. It was at this juncture that Jaguar felt it was time to begin a whole new design language abandoning practically all that had made previous XJ's so iconic. The new X351 became a large fastback coupe rather than a traditional saloon. Gone again were the twin headlamps in favour of modern, slimline single-piece units. Even the grille was squared off. The look was completed with daring vertical taillights.

Other departures from past XJ's was a more minimalistic and modern interior design with little or no wood veneers. Suddenly the XJ had the cavernous interior it had for so long deserved. The dressing table dashboards were finally consigned to the annals of history. Sadly, just like the XJ itself.

Used electrics cars most sought after

By TPN/Lusa, In Portugal, Business

By TPN/Lusa, In Business, Economy

What is the best selling car in Portugal?