I don't think anyone enjoys watching documentaries about strange phenomena more than I do. A nice bit of tongue in cheek escapism.

I don't swallow most of the tall tales but had noticed that eyewitnesses often seem genuinely convinced about what they've seen. Good old Nessy is a fine wee example. But does Nessy really exist? Of course not. Every Nessy documentary that I've ever watched has robbed another hour of my life, an hour that I'll never get back.

I feel happy to have only wasted a few hours pondering the Nessy myth, unlike some Aussie professors and Nordic scientists who featured in a couple of those documentaries. Those people spent years studying Loch Ness's fabled mythology. They spent all that time and money only to find ancient tree trunks down in the murky depths of the Scottish loch rather than any living prehistoric relics. It's so cold, forbidding and dank down there that even bacteria can't be bothered getting up in the morning to help their microbial mates break down ancient tree remains. I'm guessing that the chances of those chilly waters playing host to a full-on Plesiosaurus is therefore for the birds?

After cramming millions of pounds worth of sonar equipment onto old fishing boats (usually called something like the Maisy Morag) they found out exactly what everyone already knew; that Nessy is most probably the product of minds weakened by years of gradual empicklement in cerebrospinal fluid largely consisting of Scotch.

Then we have Bigfoot, the Yeti and other weird and wonderful humanoid apparitions that allegedly plod their way around the world's remotest forests. I was astonished to discover that there are entire cults dedicated to finding and proving the existence of Bigfoot. But after many, many years of weirdness, none of these cult members can convincingly demonstrate that such beings actually exist. Because they don't. The weirdest things to be found in those forests are the bearded Bigfoot hunters themselves, complete with their USA baseball caps and badass guns. If Nessy is the product of Scotch whisky consumption, then we can possibly attribute Bigfoot sightings to a combination of Budweiser supping and prolonged periods of solitude.

I've even heard Portuguese folk tell of strange mythological creatures known as the Duende. Apparently these are small, leprechaun-like beings who go around wearing large straw hats whilst whistling an enchanting melody. But beware the Duende! If ever you see one, don't be fooled by their tiny form because the Duende are renowned for their evil ways. You see, these ghastly Portugoblins aren't known for being particularly kindly souls. Their enchanting whistling resonates through the deep, forbidding forests of Portugal only to lure young children into their darkest recesses. The poor little kids quickly lose their bearings and are thereafter never seen again. 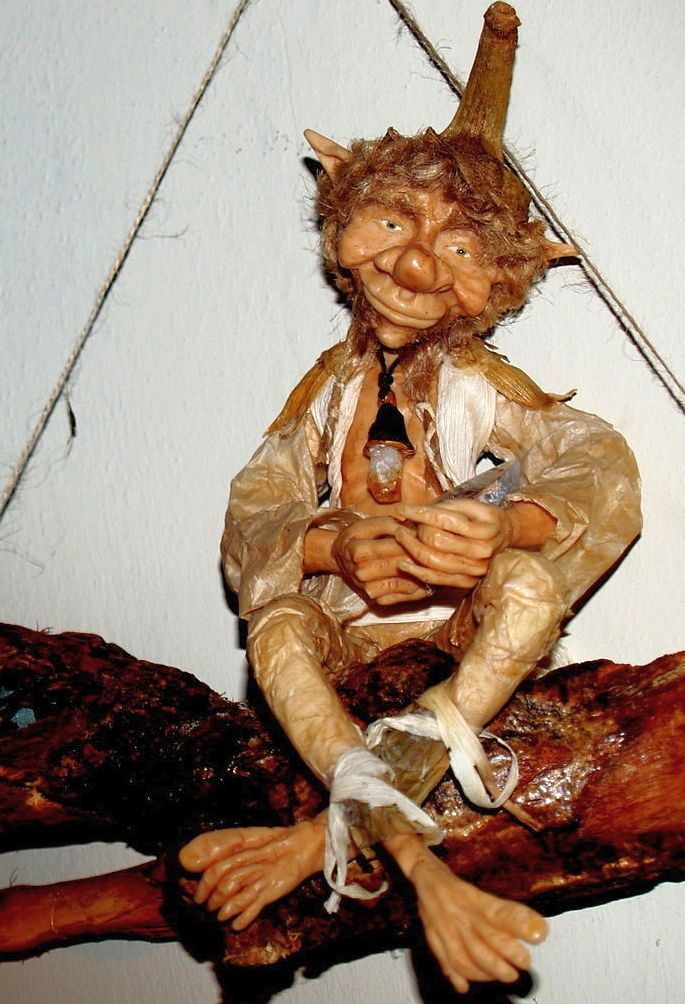 Despite all my measured skepticism regarding such tall tales, I have actually encountered a strange creature in the forests of Portugal myself.

Whilst driving along the Avenida Marginal from Cascais to Lisbon one day, I was delighted by the fact that it had been yet another balmy late summer's day. But a dense sea fog had threatened all afternoon. Occasional wisps had encroached onto the golden sands of Cascais but not enough to deter any of the happy bathers or the volleyball players. But as the sun began to sink, the thickening fog slowly crept up the Tagus. By the time I reached Lisbon, only the highest points of Ponte 25 de Abril's towers poked out of the mirk. As evening gradually fell over the capital, the weather cleared just long enough to reveal a blood moon which had secretly risen over the city from behind its foggy cloak.

After enjoying a light meal in Lisbon, a long night's driving loomed. I aimed to reach the Algarve early the following morning. Only a few minutes after crossing Ponte 25th de Abril, it was very obvious that the thickening fog was going to make motorway driving a precarious affair. It was time to abandon the motorway and choose an alternative route. So I peeled off, heading towards Alcácer do Sal and the twisty delights of the N120.

Even at night, the Portuguese countryside looked magnificent bathed in the exceptionally bright moonlight. The fog was patchy and unpredictable as the southbound trek unfolded town by town making for slow progress. Over the flat plains of the Alentejo the fog was reduced to a low lying mist that just hovered a few feet above the land like a wispy white blanket.

To the north of Odemira, thicker patchy fog returned as the N120 weaved through forests and scrubland. The road twists and climbs, dipping and diving into river valleys and then back up the rolling hills which typify this region of Portugal. An occasional glimpse of moonlight flickered and winked as I sped beneath the tangled canopy on this densely forested stretch. It was around 3am and there wasn't a soul to be seen anywhere. I hadn't seen any other traffic for miles. Then, in the headlamps beams, I saw something.

Now. I'm not sure how to describe the apparition I beheld without the risk of sounding melodramatic. But let me assure you, considering that I was by myself on an eerily lonely road, miles from anywhere, this creature looked menacing. It was ugly and incredibly spooky looking. And, no, it wasn't a reflection!

Seriously though, it was a canine looking creature bigger than a Labrador, smaller than a great dane and it looked a bit scruffy like an Irish wolfhound. Actually, it didn't quite look altogether hound-like because it had arched shoulders like a hyena. In the headlamp beams it appeared to be a sandy (fawn) colour and it had glowy eyes. I guess the beast looked like a hairy-scary version of Scooby Doo!

Even more scarily, the creature was too stubborn to move out of the way on this narrow stretch of road, so I instinctively stopped the car. The animal just stood there, quite fearless, occasionally pacing back and forth. I dimmed the car lights in case I was mistaking what looked like belligerence with the creature simply being too dazed and frightened to move in the powerful beams. I hoped it would scurry off into the forest and out of my path but instead it clambered up onto a large craggy boulder at the side of the road and began to howl like a wolf. I damn nearly cacked myself.

Having clambered onto the boulder, the beastly creature was finally out of my way. I pressed the pedal to the metal and screeched off into the night. I checked my rear view mirror and realised with horror that the creature was running after me! I composed myself and concentrated on the road ahead knowing that my car could easily outpace my four legged tormentor. But wow! Was I scared!

Never mind those wicked Duende. This thing was properly scary. I have christened it Cão da Lua - the dreaded moon-hound of Odemira!

I still wonder if my weary mind was playing tricks? What do you think I saw?

By TPN/Lusa, In News, Madeira & Azores

State of alert approved due to fires

By TPN/Lusa, In News, Portugal, Politics

Another fire starts in Central Portugal

By TPN/Lusa, In News, Portugal, Central