Fearing an impending crypto winter, investors seek expert advice and flee to stablecoins. Gnox Token (GNOX) has somehow surged 60% amid a cryptocurrency market crash that lost more than $1 trillion in total market cap. While some expect Bitcoin (BTC) to fall further, others believe a sudden pump is expected.

Bitcoin, the world's first and most popular cryptocurrency, has been around for nearly a decade. And in that time, it has grown from an unknown experiment to a multi-billion dollar industry.

The price of Bitcoin fell below $20,000 on Saturday for the first time since December 2020 as rising interest rates, inflation, and economic uncertainty sparked by the Ukraine war sent the broader market tumbling.

Bitcoin has a turbulent history. Its price has varied widely, from less than $1 in 2011 to nearly $20,000 in December 2017. It's cooled considerably since then, but it's still much more expensive than it was a few years ago.

In early 2018, Bitcoin plummeted 80% from its all-time high and took about 18 months to recover.

It is difficult to predict the future price of Bitcoin as many factors could affect it. However, prices may continue to rise as the technology develops and becomes more widespread.

Bitcoin is currently 70% below its all-time high, making it a great buying opportunity for investors. Despite the seemingly devastating crash, Bitcoin is still the coin that will eventually recover, and even reaching $100,000 by the end of 2022 is predicted by market experts.

Bitcoin is a widely used coin worldwide, proving its importance in the overall market. Regardless, Bitcoin is a valuable commodity that will see more frequent use in the future. Seasonal fluctuations in the market are temporary, so it is expected that the crypto market will eventually see a crypto spring.

GNOX is a native asset of the Gnox blockchain and is used to power the ecosystem. The revolutionary Gnox (GNOX), based on the popular Binance Smart Chain, is the future of reflective (Tokens that reward holders) tokens. Gnox guarantees the owner a passive cash flow opportunity by providing yield farming as a service.

The benefits of yield farming include generating “passive income” from digital assets without having to sell them. Traders invest in GNOX’s liquidity pool, and the longer they hold tokens, the higher returns they gain. Yield farming can also help increase the value of staked tokens, as the rewards earned can be “reinvested” into the GNOX protocol. This simply means that Even amid unfavorable market trends, the $GNOX Protocol will continue to generate returns on investment for $GNOX holders.

Gnox's innovative approach to a simplified DeFi system and reward options boost investors’ hope to add the token to their portfolio. Currently, GNOX tokens have successfully surged 60% in the pre-sale. The pre-sale phase includes bonuses for early investors, so this is probably the best time to check out the project.

The newly released altcoin Gnox (GNOX) has entered the market with surprising momentum, surging its price by 60% in pre-sale. Investors are unlikely to abandon cryptocurrencies. Instead, they look for more stable and optimistic altcoins like Gnox. This also signals a recovery in Bitcoin’s price.

To learn more about GNOX: 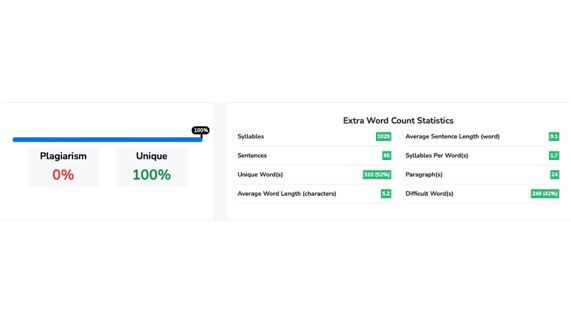 Two Utility Tokens To Watch Out For This August - VeChain (VET) and Chronoly.io (CRNO)

lost about $45,000 to crypto investment scam just recently. The company posed as an investment company that could deliver a certain percentage in returns if you deposit your Bitcoin with them. At first, it seemed real, it worked twice. I didn't realize they set up a bot (robot) that will completely shutdown your account after you have decided to invest high.
I suddenly couldn’t access my profile, I complained to the admin, he gave a excuses that they had a downtime and needed to upgrade their website, this took over 2 months. Within that period, I began to suspect that I had been scammed. I contacted my bank to see if they could do anything about this situation, they couldn’t. I report it to one of my sister husband and he work in Bitcoin company he told me to send the investment email address and I send it to him he tell me that I we need to pay some fee and I pay the fee and he tell me that The target wallet address and the screenshot of the payment receipt all that will be needed to proceed initially.
And I send the payment receipt and email address and he tell me to wait for 6hrs I we got back my money I was surprise and so happy to get back my money.

Two Utility Tokens To Watch Out For This August - VeChain (VET) and Chronoly.io (CRNO)

Cronos (CRO), Mehracki (MKI), And Binance Coin (BNB) Are The Three Most Wanted Coins This Month!

Could Cryptocurrency Change The Future of The Luxury Real Estate Market?

By Advertiser, In Property, Finance

Cryptocurrency Difficulty: How Important Is It for Blockchain Network?

By Advertiser, In Business, Finance

Lisbon airport 6th for most delays

Unique Tokenomics Defy The Crypto Winter. My Freedom Coin (MFC) Has Pioneered An Innovation That Makes It An Effective Hedge As Ethereum (Eth) And Polygon (Matic) Get Battered