The line is not only a fantastic tourist attraction, passing through the “enchanted valleys” but is also very necessary as an option for commuters.

The Linha do Vouga, or Linha do Vale do Vouga, is the only metric railway line in Portugal, meaning that it is the only one with narrower rails than usual. The route used to reach Viseu and connect to Aveiro, but today the route is a little different.

History of Linha do Vouga

Currently if you are travelling along the Aveiro branch, the trip ends in Sernada do Vouga. However, until 1972, the route would continue on to Viseu. Since then the government has decided that travel along this part of the line could not be done, and part of the line was rendered unusable, due to the possibility of forest fires caused by the trains.

In 1990, the route from Sernada do Vouga to Viseu was completely closed, rendering that same railway branch unusable. Currently, Viseu is not served by any rail services.

Closure of some routes

The closures of certain routes of the Vouga Line still do not stop here. In 2011, the line was about to be completely closed and the route between Aveiro and Espinho could no longer be completed along the Vouga Line. Popular pressure prevented such a decision from being taken, however in 2013 the route between Sernada do Vouga and Oliveira de Azeméis was suspended, leading to the need for complimentary transport if it is necessary to continue the journey from one of these points.

Currently, only diesel-powered locomotives runs on the line, and the steam locomotive sometimes runs, as part of the journeys of the historic Vouga train. Whether on the historic train or not, the trip should be a tourist attraction in its own right thanks to the five bridges, the tunnel and a route through some of the most beautiful scenery in the country. 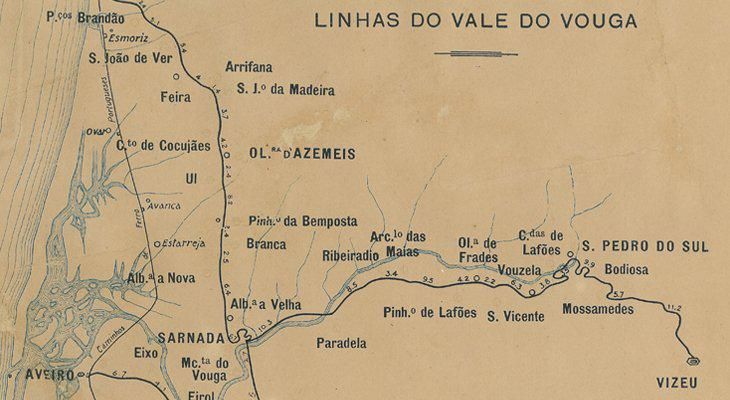 Despite the line being widely used by workers, students and tourists, some want to end the circulation of trains. Despite Infraestruturas de Portugal (IP) proceeding with works on the route, the advances are not visible and because of this the line is not serving the community as it should. In this context, Aníbal Bastos created the Linha do Vouga Civic Movement.

Aníbal Bastos told The Portugal News that he decided to create the movement after travelling the whole Vouga Line, aiming to “defend better schedules” and press for the promised interventions to be made on time. The main objective of all those who are part of the movement is above all “to keep the line active”, however with schedules that make it appealing “to the entire population of the district.” 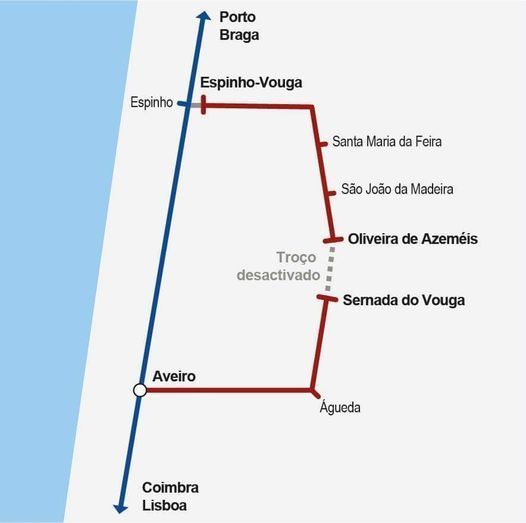 The founder of the movement describes the line as “an enchanted valley”, with several tunnels and landscapes along the entire route, one of them pointing to the potential of the line. Aníbal Bastos also believes that although during the high summer season, the trains are full of people, moving “thousands of passengers a week”, if there was a different schedule it would attract many more people.

To attract workers, the trip’s schedule should be extended until after 8pm, adds Aníbal Bastos. However, in the opinion of the defender of the Vouga Line, new trains to circulate on the line should be acquired and special attention should be paid to the stations and the line itself.

Aníbal Bastos still shows some dissatisfaction with the “closed central section”, between Sernada do Vouga and Oliveira de Azeméis since 2011, as well as with the promised works that have barely begun. According to the founder of the movement, the postponement of the works is one of the biggest injustices that is felt concerning the Vouga Line.

Are works being done?

On the IP website, the intervention plan on the Vouga Line is described, with renovation projects for several sections. There are five sections with outlined projects, however only one has seen renovations being completed, between Sernada do Vouga and Águeda. According to the website, the interventions will have a cost of €34 million, in a project that should be completed in 2025.

The Portugal News tried to contact Infraestruturas de Portugal, however at the time of going to press no response had been given.

Another heat wave for Portugal

By TPN/Lusa, In News, Environment, Portugal

Theft of 360 kilograms of carob in Almancil

Serra da Estrela turned to ash after 11 days of fire

By TPN/Lusa, In News, Central

Another heat wave for Portugal

By TPN/Lusa, In News, Environment, Portugal

Theft of 360 kilograms of carob in Almancil

Serra da Estrela turned to ash after 11 days of fire

By TPN/Lusa, In News, Central

A new locomotive has arrived at the National Railway Museum

London Portugal by direct train – the dream gets closer

By Paul Luckman, In Opinion Pieces

Rede Expressos suspends activity over the next two weekends

By TPN/Lusa, In Entertainment, Events

By TPN, In Tourism, Porto & North

By TPN/Lusa, In Sport, United Kingdom

By Paula Martins, In News, Algarve

Family loses their home due to fire

By TPN/Lusa, In News, Portugal, Central

By TPN/Lusa, In News, Portugal, Europe