As far as I'm concerned, Italy is quite possibly the most outstandingly beautiful place on God's earth. It simply has it all.

Italy is a country renowned for having the very best of everything. Whether that's fashion, food or arguably some of the world's finest wines. This is a country of dramatic scenery, of breath-taking lakes and of jaw droppingly beautiful mountain villages. There are picture perfect fishermen's coves and stunning medieval towns impossibly perched on precarious looking crags and ledges high above the glistening azure hues of the Mediterranean.

In Italy, there are places so ridiculously beautiful that it almost feels otherworldly. We found lots of serene corners of Italianate heaven; of shady piazzas where all you'll hear is the chirping of birds and perhaps a warm gentle breeze rustling the sun-dappling leaves. Maybe you'll hear the metronomic sound of crickets just doing what they do whilst hidden away in the tinder-dry scrub. In Italy, the sun will shine, fragrant flowers will bloom and your bottle of wine will be as perfectly chilled as you are as you happily savour some truly unforgettable moments.

With such an abundance of beauty and natural splendour, small wonder the Italians are renowned for being a race of soulful and passionate people who care deeply about everything they do. When the Italians built a country, they faced the daunting prospect of having to create architecture that adequately complimented all the sheer beauty bestowed upon their land by God's own hands. And in many ways - they nailed it. Thus an entire ethos was honed in a beautiful land filled with beautiful people. People who absolutely adore beautiful things, eat fabulous food, drink incredible wine and create fantastic cars such as the Ferrari 355 GTS. 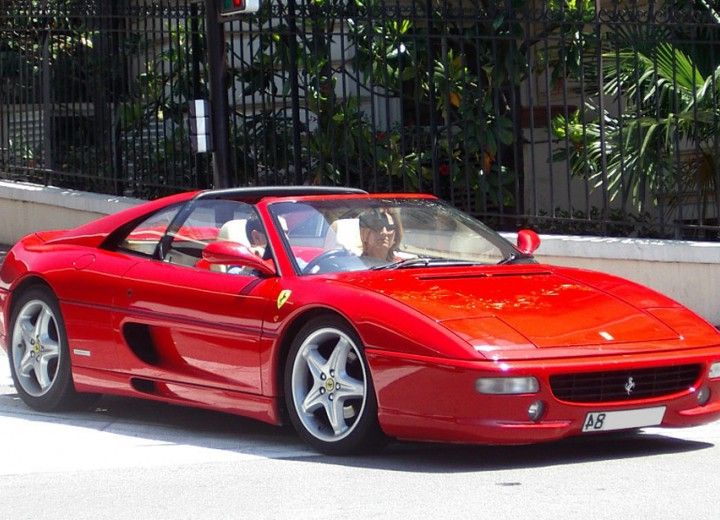 There are those who'd happily declare that the Ferrari F355 is amongst the best cars ever to have come out of Maranello. The 355 model replaced the rather big boned 348. The F355 was a massive improvement in styling and capability.

The F355 saw the light of day back in 1994. The model was the first to herald a move towards bringing Ferrari into the realms of volume manufacturing. The advent of credible Japanese sports cars meant that Ferrari could no longer produce cars of dubious reliability which were also somewhat clumsy and unwieldy to drive. The F355 might have been hailed as an evolution of the 348 but it was actually a complete game-changer.

The F355 had a flat-plane, mid-mounted V8 engine which featured what was in 1994 the very latest Formula 1 technologies. There were five valves per pot (three inlet and two exhaust). This helped produce 380-bhp as the engine screamed past 8250-rpm. Not bad considering there wasn't a single turbo or supercharger in sight. This was an engine as well tuned as Pavarotti himself.

The F355 had a 0-60mph time of four and a half seconds and boasted a top speed of 180-mph. Blink, and you'd miss those sculptured Pininfarina looks that many motoring pundits considered to be the last bastion of truly beautiful Ferraris. 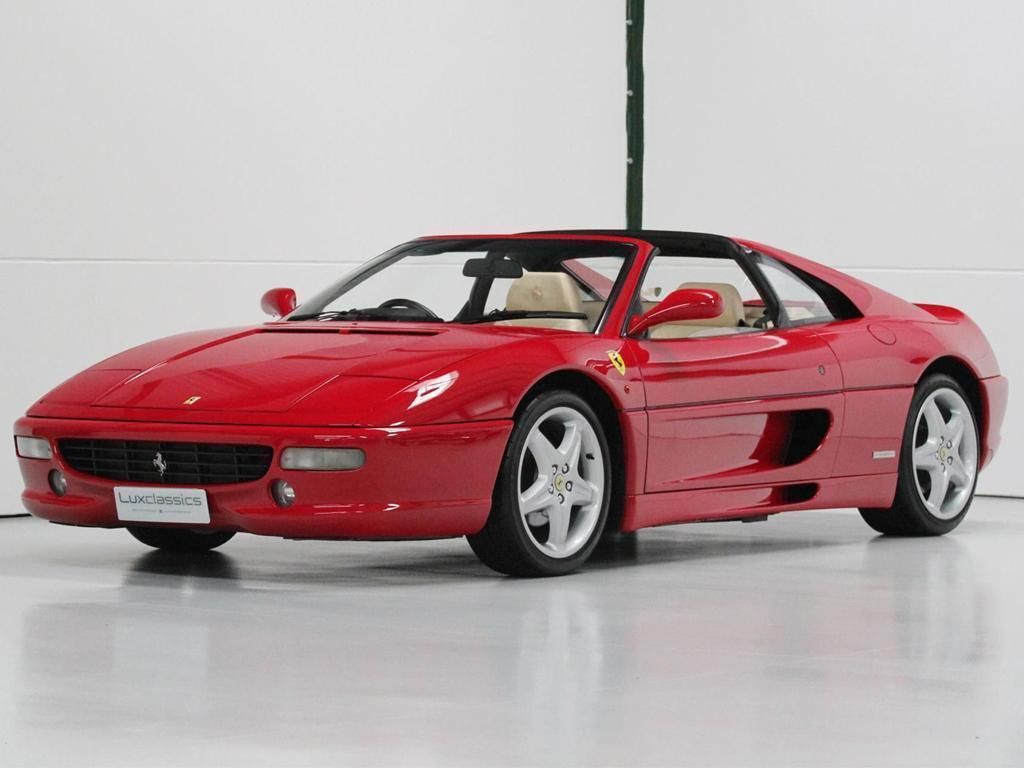 The F355 had a strangely beautiful interior too. Whilst Spartan and functional, it was a light and airy place to be especially when trimmed with 'crema' leather interior (piped red) to compliment the 'Bordeaux' carpets and Rosso paintwork. Don't shoot the massager but this colour and trim combination was facetiously known as 'the homosexual pack.' But it just worked. It was THE combination to go for whether you admired Raquel Welch, John Inman or both. Any other combo just didn't cut the mustard. I will stop right there!

In the 90's, I had the opportunity to drive a Ferrari 355 GTS around the Derbyshire countryside. Once I'd lowered myself over the wide sill, I found myself quite comfortably seated with a rather superb view of the driveway macadam. Yes, it was that low down. I could even count the chippings. Make no mistake, the 355 GTS is a low-slung beauty. Nevertheless, once settled in, the first noticeable trait was the slightly offset driving position. This is because the front wheel arches bulge into the foot wells. That aside, visibility is actually very good from the airy, well-appointed cabin. Once I fired up the glorious V8, the real experience began! The 355 roared into life and then settled into a smooth but pacy idle. Now, the rest was up to me!

The car I was driving was the Targa 355 GTS Berlinetta. This came with a removable plastic roof which was either tucked away behind the seats or left back at base. Seeing as I was in rural Derbyshire and not in rural Sicily, I opted to take the roof along for the ride. 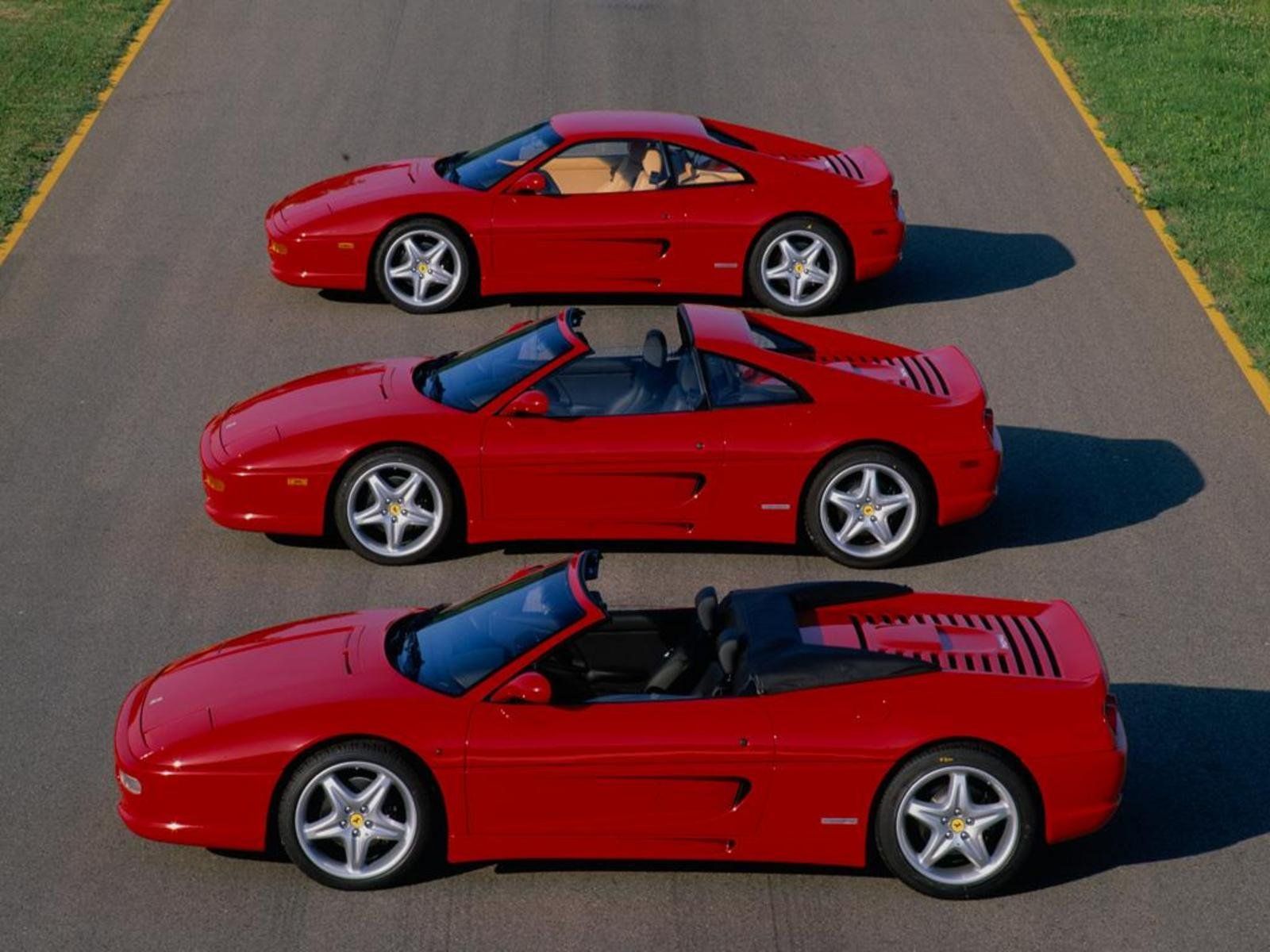 Sure, the 355 GTS can be driven fast at what might be deemed normal revs (below 5000-rpm). With the adjustable suspension set to 'comfort mode' this lovely car could have been a perfectly acceptable shopping trolley for my Mum. The controls are sharp and communicative with even the traditionally heavy Ferrari clutch feeling nicely weighted in the 355. The gated manual gearbox could be the choice for any discerning driving school, it really is that easy. This is a civilised Ferrari of cotton wool, tiny white bunny rabbits and soft picnic meadows with little Bambies lying around quietly chewing their cud.

Let's pop the suspension into ‘sports mode" and push the throttle a little more positively. Watch that rev counter needle breach the 5000-rpm mark. Suddenly, I'm speaking Italian like an Italian speaks Italian without having ever once downloaded the Duolingo App. I'm even doing all the vital hand gestures. As the magnificently tuned V8 engine cams-out, we're suddenly driving a proper Ferrari sports car and not a blue rinse Honda Civic. Because I was sitting well forward in the car, the engine did all its screaming behind me, making for a remarkably civilised driving experience. However the peace and tranquility of our genteel picnic meadow with all those little white bunnies and Bambies had suddenly morphed into Monza Park complete with the awesome race day soundtrack. Not a bunny remained and all those poor little cud chewing Bambies had long since legged it! 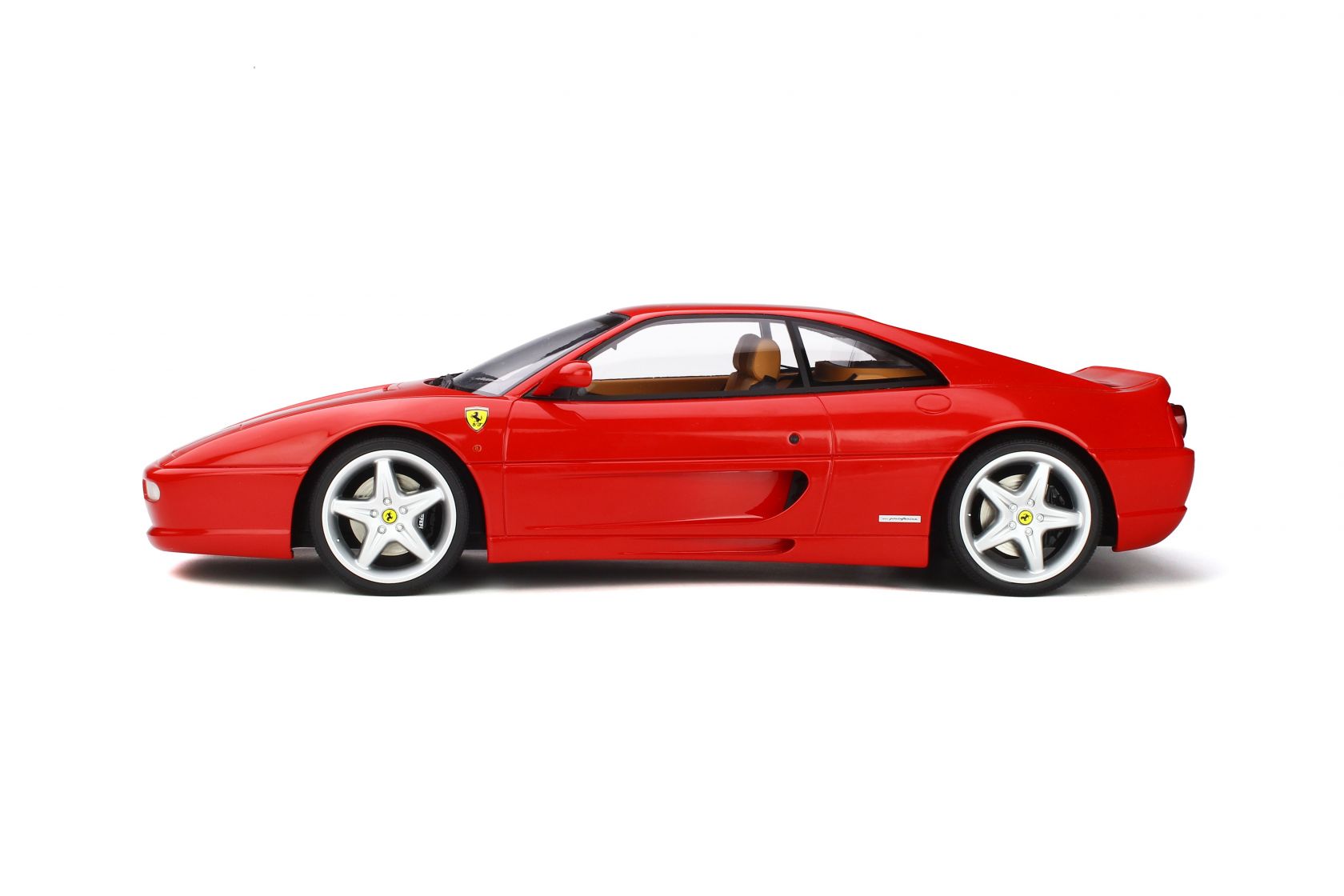 Without too much effort the F355 is bone shatteringly quick, it's uber-reactive, it's pathologically angry and just insanely brilliant in every way. The steering is mega-sharp and the car can be effortlessly pulled up with the aid of massive ATE brakes with ABS. Add to this list hugely fat tyres and a supremely balanced Ferrari chassis and it all makes for a pretty user friendly supercar experience. The F355 is a point and shoot pocket-rocket that does exactly what any competent driver tells it to do.

Was the F355 really one of 1990's finest cars as some eminent pundits claimed? Absolutely. Not only was it a magnificent car but arguably one of the greatest, honest to goodness Ferraris ever produced with over 10,000 examples built. There were three versions available, the Berlinetta (GTB), the Targa (GTS) and the superbly stylish fully convertible Spider. Quite frankly, any of the above will do me nicely.

Had to check the date of this article. I thought it was from the 1990’s.

Seating before swimming health warning based on “myth”

By PA/TPN, In Community, Lisbon

Portugal among countries that spent least on fire protection