Being described as weird isn’t always considered a good thing. But when it comes to a place as innovative and eccentric as Austin, the term is worn like a badge of honour.

The Texan city’s unofficial motto ‘Keep Austin Weird’ appears on everything from T-shirts to car bumper stickers, and it’s a mantra adhered to with gusto by the one million-strong population.

Here, in this liberal and progressive enclave of one of America’s most conservative states, all degrees of quirkiness are celebrated. Independent cafes, restaurants and bars champion over dull, cookie-cutter chains, while bold entrepreneurs are encouraged to think differently and change the world.

All the wonderfully familiar Texan cliches abound in its laid-back state capital: cowboys and ranches, heartfelt Southern hospitality, the aroma of BBQ wafting down the boulevards, and the sound of live music on almost every street corner.

But there are surprises, too. Dissected by the Colorado River, Austin is a place of hot springs, and islands that could pass for the Caribbean.

To tick off all the main sights and escape the intense Texan sun (temperatures have been known to exceed 40C in August), book a guided (and air-conditioned) bus tour with AO Tours.

An itinerary focusing on the downtown district features the sombre but beautiful Texas State Cemetery (the final resting place of generals, governors and congressmen), and the handsome 92-metre-tall State Capitol Building – taller than its iconic counterpart in the nation’s capital.

Stop to pose in front of the famous ‘Greetings from Austin’ mural, the city’s most celebrated piece of street art, on the corner of 1st street. A two-and-a-half-hour panoramic tour costs from $51.

For something more unusual, take a kayak tour along the Colorado River. Paddle leisurely beneath Congress Avenue Bridge – also nicknamed Bat Bridge, in reference to the 1.5 million tiny Mexican free-tailed bats that live underneath it. Every evening between March and November, the bats emerge to feed, creating a spectacle in the sky. A two-hour tour costs from $59. 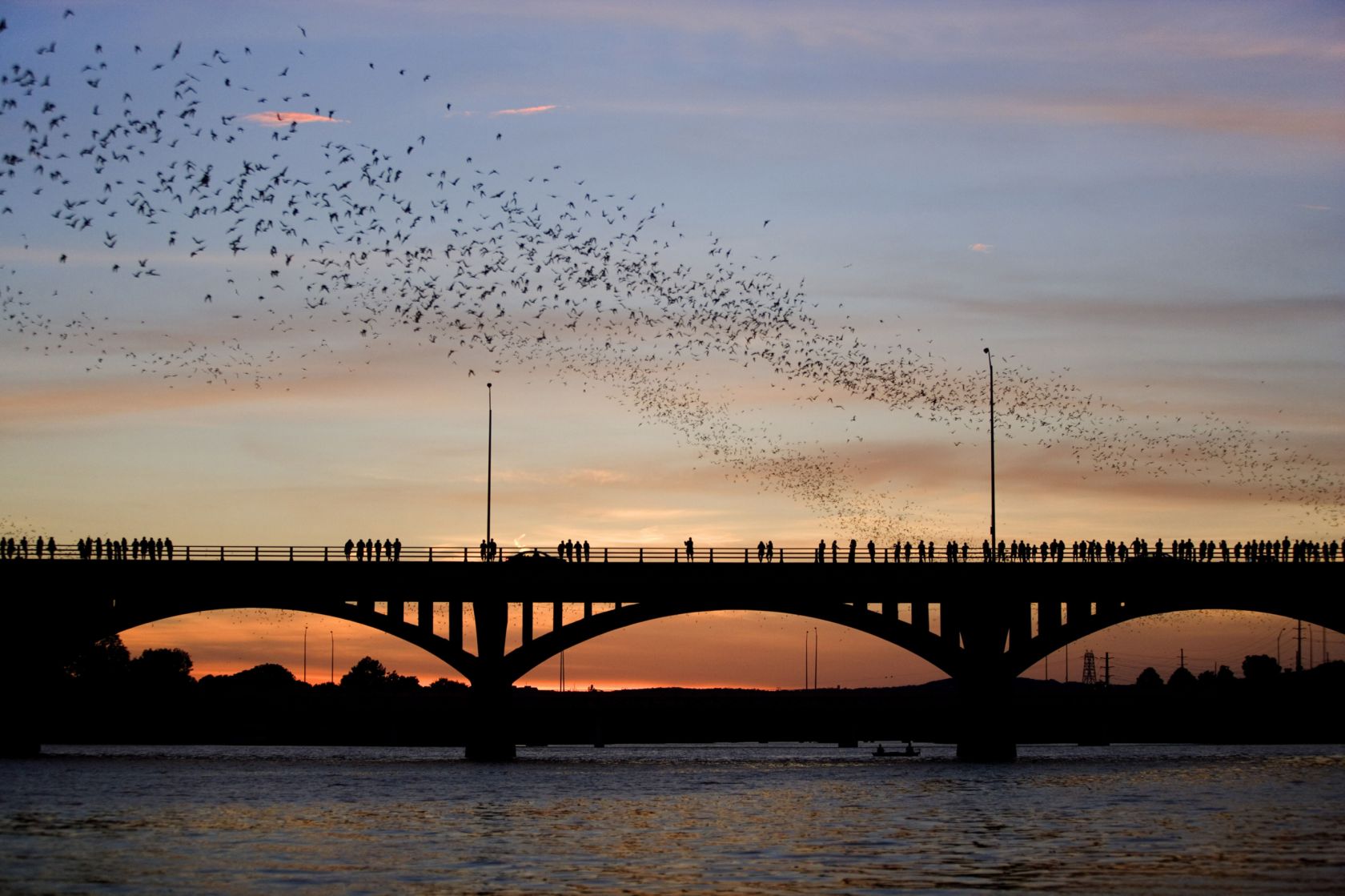 Learn the ropes on a ranch

Sweeping thick blonde locks from beneath her Stetson, Miss Tina is a tireless taskmaster when it comes to training novice cowgirls and cowboys at her Lone Star Ranch.

John Wayne wannabes can try their hands at lassoing, tomahawk throwing and archery, all under the watchful eye of Miss T – or go horse riding along trails criss-crossing the ranch’s 600-acres of ravines, meandering streams and open plains. The working cattle farm is only open to the public by pre-booked appointment. A two-and-a-half cow class costs $150.

You won’t go hungry in Austin, where the flavours are as big as the portions. Texas BBQ is almost a religion in these parts, and there’s no shortage of exceptional places to sample grilled and smoked meats.

Patient diners should head to Franklin, the no-frills street-side diner where people queue for up to three hours for a pulled pork sandwich and slice of pecan pie. Located in the historic East Side district, it’s only open until everything is sold out (usually around 2pm). The verdict? It’s well worth the (very long) wait. Pay around $14 for a sandwich.

Sharing a border with Mexico inevitably means the city’s culinary scene is heavily influenced by its neighbour to the south. One of the best places to grab a bite on the go is Torchy’s (torchystacos.com), food trucks acclaimed for lip-tingling tacos. Try the trailer park taco with fried chicken, green chillies, pico de gallo salsa and poblano sauce. Pay around $7 for a taco. 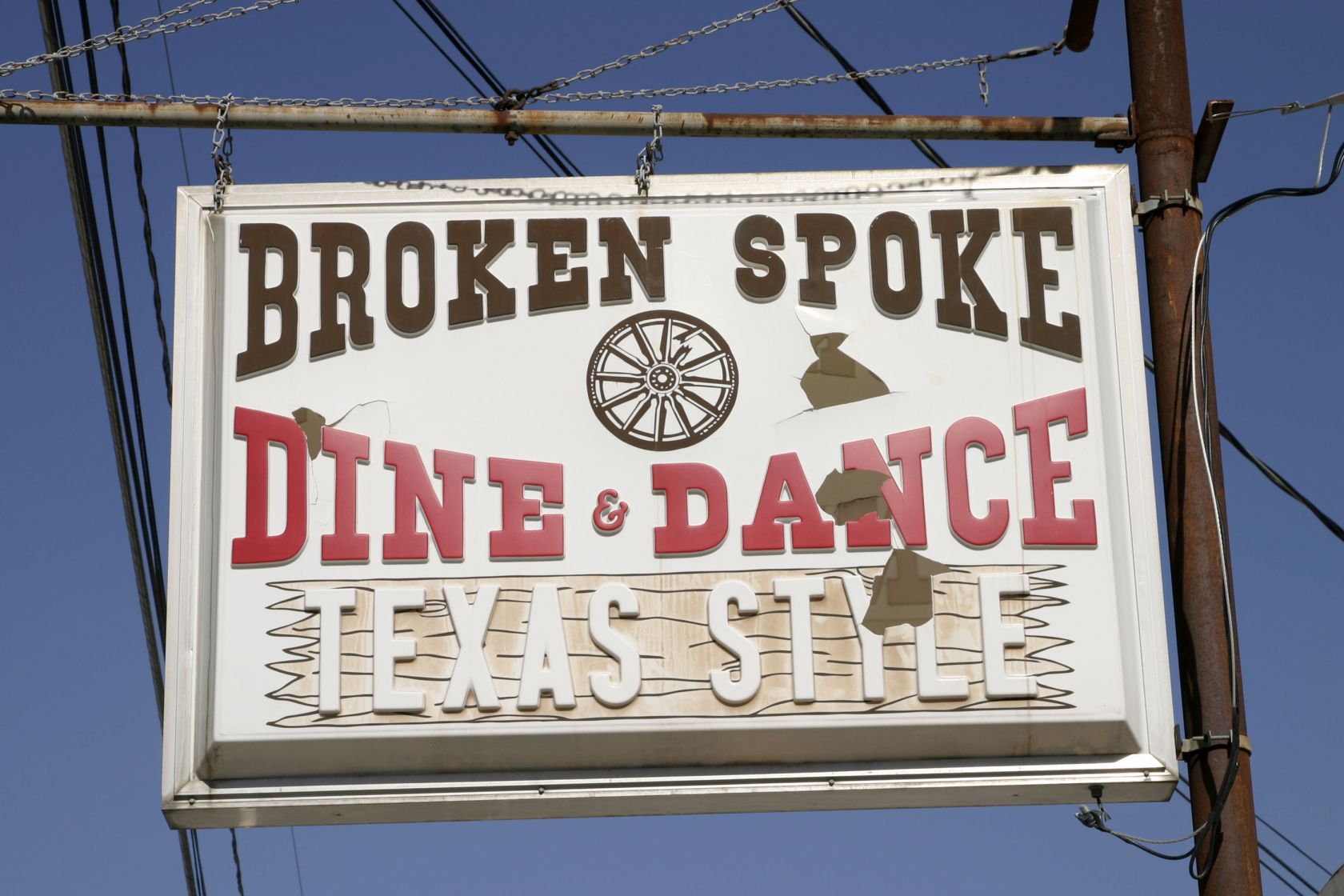 Tap your feet to terrific tunes

Austin could easily rival New Orleans or Nashville as America’s capital of live music: there are around 250 venues, with up to 100 shows often taking place in a single night.

Broken Spoke is among the most celebrated ‘honky-tonk’ country music bars, and has even welcomed legend Dolly Parton. It also offers two-step dancing lessons for those who want to fit in with the local crowd.

Meanwhile, Antone’s has been playing the blues since 1975. In that time, everyone from B.B. King to local hero Willie Nelson have grabbed the mic here. Whether well-known or up-and-coming, the quality of the musicians is consistently high.

Stock up on boots and Stetsons

A cowboy hat is an essential part of the wardrobe in these parts. Sandwiched between trendy and minimalist boutiques on South Congress Avenue, Allens Boots is a local institution (just look for the giant red boot outside).

Aisles are lined with authentic cowboy boots, hats and big buckled belts, each handmade and the real deal. The friendly staff will have you kitted out and looking every inch the Texan in no time.