HomeSportWho are the most expensive Portuguese football players?

Who are the most expensive Portuguese football players?

Football Benchmark has updated the table of the most valuable players in world football, with two Portuguese players making the list.

Rúben Dias (Manchester City) and Bruno Fernandes (Manchester United) occupy the eighth and ninth positions in the table prepared by Football Benchmark, a platform that analyses the data and performance of football players and clubs in partnership with the consultancy Ace Advisory Zrt.

According to Football Benchmark, Rúben Dias has an estimated market value of 100.6 million euros. The value of Bruno Fernandes is practically identical: 100.4 million euros. The ranking is led by Paris Saint-Germain forward Kylian Mbappé, who is valued at around €230 million, in a table dominated by players playing for English clubs. 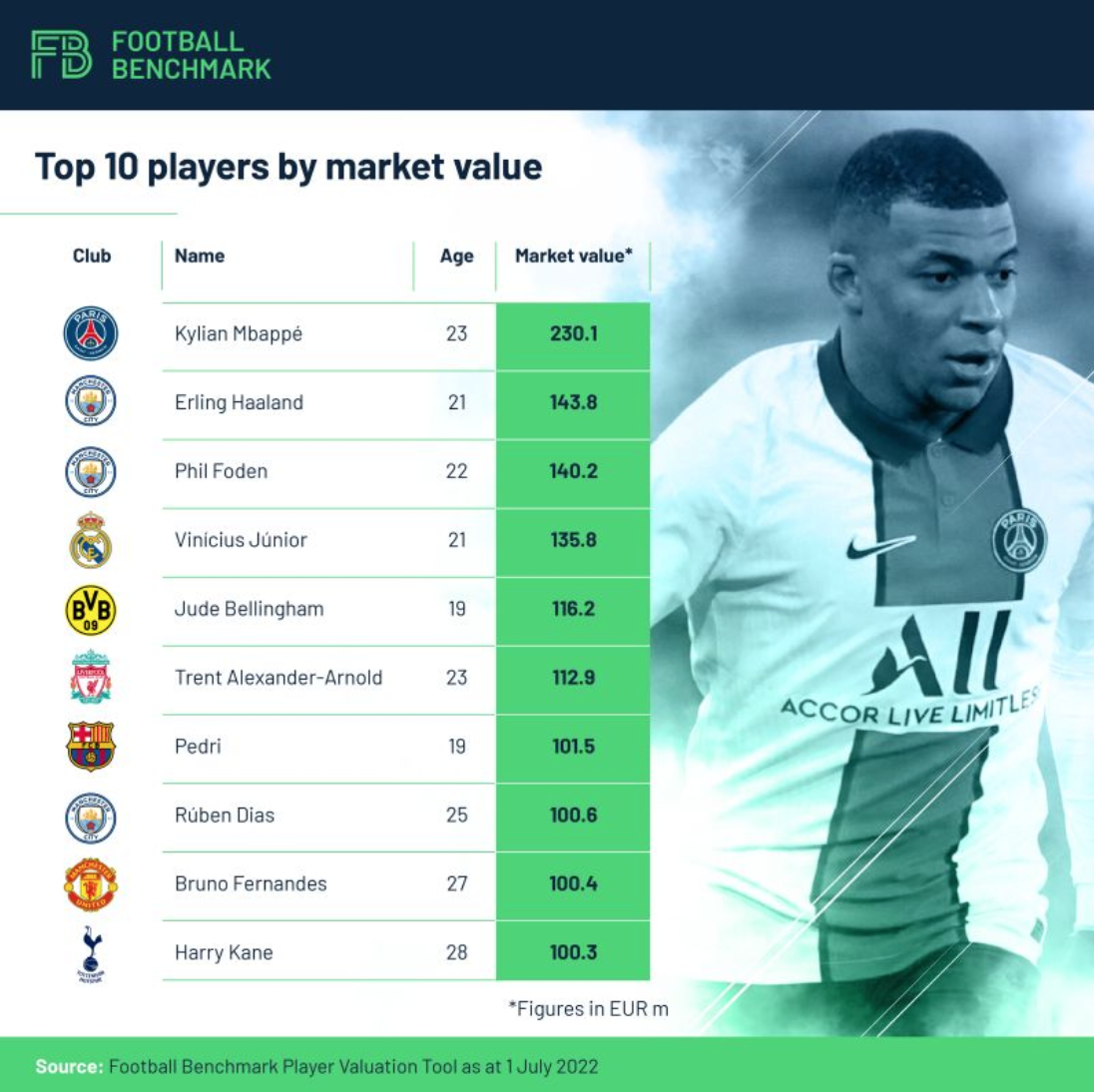 Benfica through to Champions League

Iberian face off “sold out”

Oliver Wilson wins 2022 Made in HimmerLand

Could Portugal be hosting World Cup?

Who are the most expensive Portuguese football players?