Beatrice was one of the 11 children of the first governor of Campo Major in the Alentejo region. One of her brothers was Amadeus of Portugal.

She was brought up in the castle of the Infante João. In 1447 she was a lady in waiting to the Princess Isabel and went with her to Castile. Isabel was to be married to King João 2nd. Although Isabel and Beatrice were friends Isabel became jealous of her beauty and had her locked up. When Beatrice was imprisoned she had a vision telling her she should found a new order dedicated to the Mother of God. 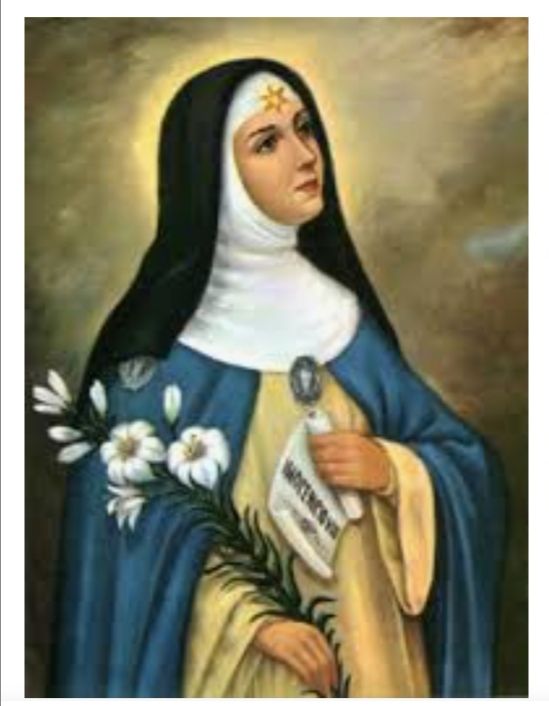 Beatrice managed to escape her cell and spent the next 37 years living in the Dominican monastery in Toledo although she never became a member of the order.

In 1484 Queen Isabel gave Beatrice and her companions a Palace in Toledo. This new monastery of Toledo was to be dedicated to honouring the Immaculate Conception of Mary and Beatrice devised a religious habit of white with a blue mantel.

Beatrice died in the monastery she founded in August 1492. Her feast day is 17th August and she is the Patron Saint of Prisoners.

“Although Isabel and Beatrice were friends Isabel became jealous of her beauty and had her locked up.” These actions are a testament to women´s poisonous environment. She had to become a nun just because Queen Isabel felt threatened by something that is out of anyone´s control: one´s looks. Yay, women sticking together against “patriarchy”? No, they feel threatened by “the wind” and turn on each other (not much has changed since then ,lol).

All Saints Anglican Church Algarve welcomes a new era and a new name!

Faith in times of lockdown