HomePortugalMagic when people need it most

Magic when people need it most

“Magia com Impacto” is a new project created by two volunteers who want to bring smiles to prisons, slums, hospitals and anyone who has hit rock bottom.

The magicians, Nuno Miguel Neto and Tiago Silva met four years ago and since then have performed magic together on the streets, but now they have given it a new form with a recent project- "Magia com Impacto" that aims to bring magic to those who need it most.

Tiago Silva, who started when he was 17, told me that he does a bit of everything, from stage to close-up magic. As for Nuno, he likes to do magic tricks with cards. "The cards fit everywhere, which means we can have an hour of entertainment in our pocket."

Last week “Magia com Impacto” performed their first magic show at the AHSA nursing home in Albufeira. Among an audience of 50 people, "we could see on people's faces, both staff and elderly people, that they were grateful we were there and that's what we really want - we want people to enjoy our presence".

Going where no one goes

Although they love supporting the elderly, they want to go beyond. "We know that the elderly obviously need us, but there are other types of entertainment planned for them. What we'd really like to do is reach out to people who don't have anything planned," Nuno said.

"We want to reach the really poor communities, like slums, prisons, hospitals and so on. Taking hospitals as an example, they have red noses, but always focused on children, but for adults there is nothing. My mother was in the hospital next to a man who had been there for three weeks without receiving a single visit. This breaks my heart," Nuno lamented.

However, the magicians admit that it is a difficult goal to achieve as hospital and prison administrations are "closed" and when it comes to slums, if we go there without a person or association we already know they will kick us out," he said. 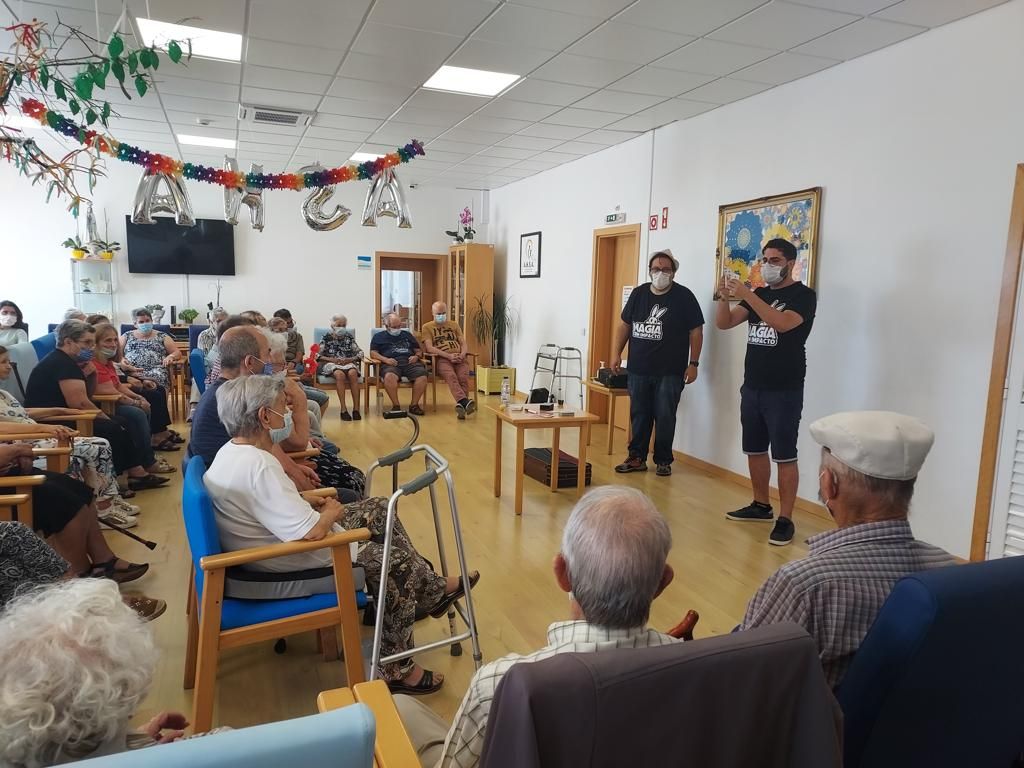 Nuno and Tiago target people who are sometimes forgotten by society. When I asked where these altruistic feelings came from, they quickly replied that they had both gone through life experiences that shaped their thoughts.

In short, they want to make people happy. "Even if the problems still exist, at that very moment when the magic happens, people forget about them for a while," Tiago concluded.

What are the most popular types of houses in Portugal?

Magic when people need it most