For much of 2022, the value of the pound versus the dollar has been falling. In the United Kingdom, inflation has skyrocketed, fuelling fears of a recession.

When the Bank of England warned in May that the UK economy was contracting, the pound fell to its lowest level against the dollar since the outbreak of the pandemic. (Its largest-ever one-day drop occurred in June 2016, when the United Kingdom voted to leave the European Union.)

Since Boris Johnson’s appointment, the pound has hit a 24-month low against the euro, peaking earlier this week at 1.08871. This is an unprecedented 12-week losing streak against the Euro. Not only is the Euro benefiting from the current political turmoil in the UK; the US Dollar has gained 2.5 percent against the Pound in the last week alone. The GBP has dropped to a 28-month low (1.21256) against what appears to be a strong Dollar.

The US dollar is appealing because it is by far the most important reserve currency for the global economy. In other words, it is the primary currency that countries hold to withstand economic shocks, pay for imports, and service debts. Because the dollar is the world’s reserve currency, it is regarded as a haven in uncertain times. 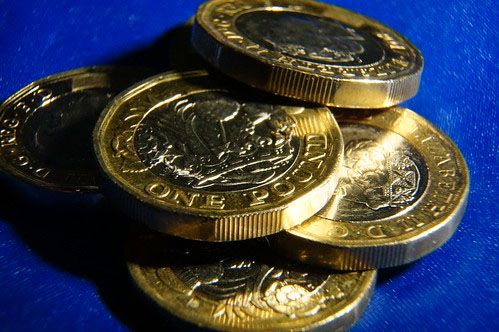 The Pound’s weakness is largely due to the cabinet reshuffle, which saw Boris Johnson replace Theresa May as Prime Minister. On his first day as Prime Minister of the United Kingdom, Johnson formed a cabinet of Brexit supporters. Theresa May’s cabinet was stripped of 18 ministers the day Johnson took over, with only six remaining.

Finance minister Rishi Sunak’s resigned minutes after the health minister stepped down saying he had lost confidence in Johnson’s ability to govern in the national interest.

The EU and the UK continue to clash over renegotiating the current Brexit deal. Analysts believe that another general election will be needed for matters to progress. A phone call between Johnson and the European Commission President, Jean-Claude Juncker, about the chances of a new Brexit deal did not end well. Juncker slapped away these ideas, stating that the current deal is the best and only deal that the UK will receive.

No one really knows the outcome of this ordeal. It has been almost three years since the UK voted to leave the EU. As it stands, we will have to wait to see what happens in the near future.

This communication is for informational purposes only and is not intended to constitute, and should not be construed as, investment advice, investment recommendations or investment research. You should seek advice form a professional adviser before embarking on any financial planning activity.

What’s the difference between Financial emigration and tax emigration?

What is happening right now in the financial markets?

Why I chose Blacktower Financial Management Group (“Blacktower”) is for the same reasons as to why you, as a client, should

Legitimate Broker – How to Find One?

The future of sailing: electric yachts and sustainable sailing

How AI is Changing the eCommerce Industry