Nuno Alvares was born to unmarried parents and descended from Portuguese and Galacian nobility. He was legitimatised by Royal decree when he was a year old. That meant that he received a good education. At age 13 he became a page to Queen Leonor and at 16 he married a rich widow. They had three children, two boys who died in infancy, and a daughter Beatriz who married Afonso the son of King John I.

Nuno began his military service when he was just 13. Upon the death of King Ferdinand I of Portugal his only heir was Beatrice the wife of John I of Castile. In order to keep Portuguese independence, the court nobles supported the claim of the late King’s half-brother John of Aviz to ascend to the throne. Nuno Alvares was named as Constable and Protector of Portugal when he was 24. All kinds of tactics were used against the Castilian army attacking Lisbon in support of Beatrice’s claim but it was the plague that got rid of them.

John of Aviz was declared King but this brought about an invasion by the Castilian led by John I still fighting his wife’s claim.

In August 1385, Alvares led a victory over the Castilians which ended the threat of being annexed. 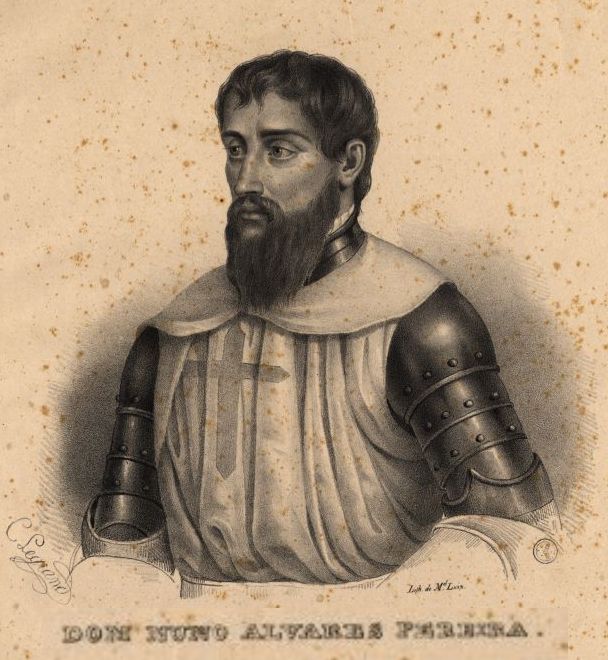 Alvares was a very religious man. He built many churches and monasteries including the Carmelite Church in Lisbon and another to Our Lady of Victories at Batalha.

After his wife died Nuno became a Carmelite friar at the Carmo convent he founded in Lisbon. He became known as Frei Nuno da Santa Maria. He lived in the convent until his death. In the last year of his life he was visited by King John who felt that it was Nuno who put him on the throne and saved Portugal’s independence.

Unfortunately, his tomb was lost in the Lisbon earthquake of 1755.

His feast day is celebrated on the 6th November.

Sustainable support programme for the Arts