HomeBusinessIs a world recession a self-fulfilling prophecy, or not?

Is a world recession a self-fulfilling prophecy, or not?

Our wealth is subject to the vagaries of the financial markets

Looking back over the preceding months, market volatility was never far from the surface, with equities, bonds, currencies and commodities all experiencing high levels of daily and even intra-day change. The fundamental moves were triggered by inflation and economic surveys from leading market pundits, and of course, the ongoing situation in Ukraine.

While there are important structural differences and varying pressures in the UK, Eurozone and US economies, generally speaking, they are all facing similar issues. Of the three, the UK economy is perhaps the most vulnerable, with the second quarterly GDP of the year expected by many economists to miss the Bank of England’s expectations of 0.1% growth – the most commonly used definition of a recession is two or more consecutive quarters of negative growth.

There have been only a few recessions since 1990, but looking back at the most recent one, the “Financial Collapse” which began in 2008, it is perhaps surprising that stock market returns were positive, only 3 years after it began. Some of this can be explained by the fact that for an economy to technically fall into recession it must experience two negative quarters of growth, and therefore the starting point for these performance figures comes after the economy has declined for half a year. However, in general, recessions continue for another three quarters, accounting for the bulk of the next year, when market returns were positive. Additionally, as we all know from past experience, financial markets actually have performed worse heading into recessions than during them.

As for the dreaded inflation, yes, it is indeed at its highest level in over a generation which has in turn forced central banks to take fairly drastic measures in an attempt rein it in. Although the hiking cycles of the UK and US have been aggressive thus far, they are expected to remain at a similar rate in the second half of the year. This poses a major problem for economic growth, which is already showing clear signs of weakening, and calls for a recession are becoming increasingly vociferous.

Performance is no guarantee of future returns.

However, recessions have not been that negative for stock markets in past periods - in fact, benchmark returns following prior recessions have been positive. One plausible explanation for this positive performance is that financial markets are fairly effective forward-looking discount mechanisms, therefore they often begin pricing in a recession before it has technically begun. They also start pricing in a recovery before it has clearly started.

According to our own analysis, there is already a silver lining on the horizon, UK benchmarks are already exhibiting some weakness that would be expected with a growing risk of a forthcoming recession, but favourable idiosyncratic factors mean the FTSE100 index is outperforming its peers year-to-date. Has something gone awry, or could it be that the UK sees the current financial turmoil an ephemeral challenge and we must continue onwards and upwards...? 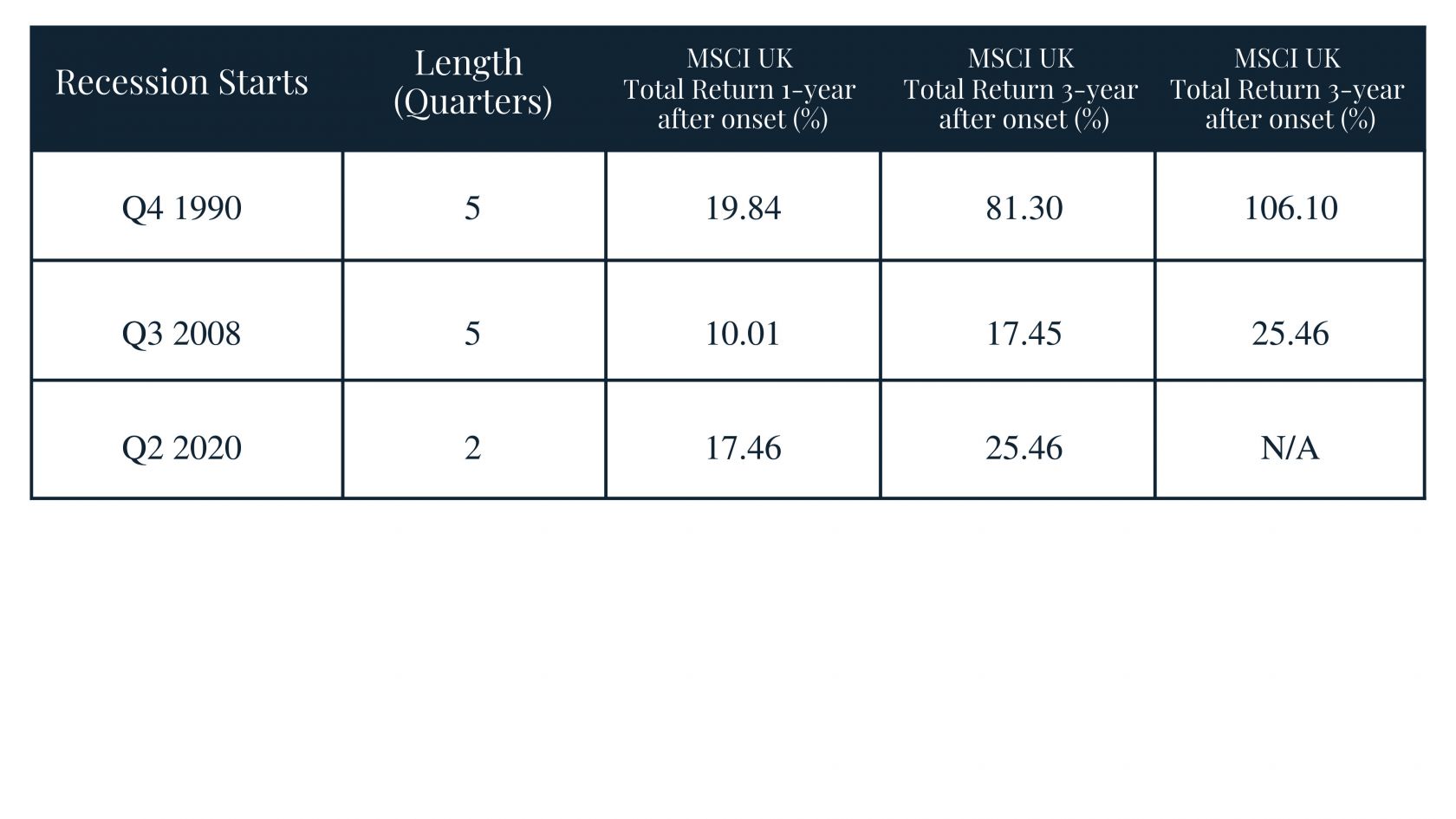 Mitsubishi stops production at Tramagal due to lack of components

Learn more about the Golden Visa

The future of sailing: electric yachts and sustainable sailing

How AI is Changing the eCommerce Industry

Is a world recession a self-fulfilling prophecy, or not?