He was born Bartolomeu Fernandes in Martires, Lisbon on May 3rd 1514.

He made his profession into the Order of Preachers (Dominicans) in 1529 when he was just 15. He continued on with his studies until 1538 when he began teaching philosophical studies in the Dominican convent in Lisbon. He taught theology in various Dominican convents for around 20 years and in 1551 received his Masters degree from Salamanca. He continued teaching in Batalha and Evora.

He was asked by Luis of Portugal to instruct his son in religious studies as he was to enter into the religious life. 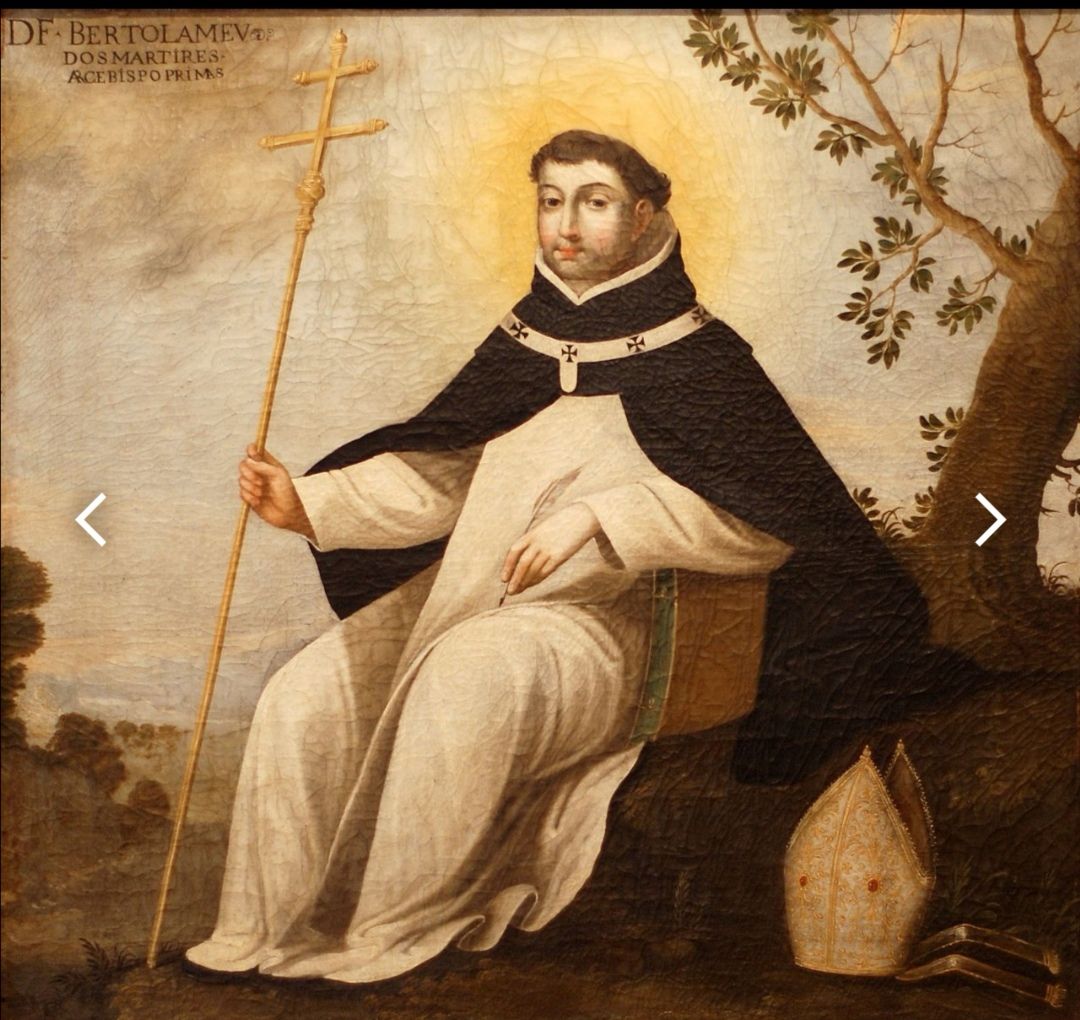 He returned to Braga where he tended his people and helped them through famine and a revisitation of the plague. He was also instrumental in developing hospitals and hospices.

He had petitioned Pope Gregory several times requesting his permission to resign his episcopal see. He finally got his wish in February 1582. He went to the Dominican convent at Viana do Castelo where he lived mostly in solitude but still taught on occasion.

He died at the convent on July 16th 1590 and a statue of him on a donkey can be seen to this day. He is also well-known for his ecclesiastical writings.

His feast day is 18th July.

“Best summer ever” in Lisbon and Porto