Zoomarine is the place to be this summer especially when it comes to water activities, with Zoomarine Beach being perfect for the whole family.

Zoomarine is also home to the first Butterfly Garden in the region, which has so many species that are sure to delight!

Mariana Poupado from Zoomarine told The Portugal News that their latest attraction is the first ‘Butterfly Garden’ in the Algarve which opened in April of this year. The tropical garden is approximately 300m² and is home to several species of butterflies from all over the world, from Central America to Asia. This new area is also home to more than 70 species of plants, where it is possible to witness the fascinating life cycle of these beautiful insects, specifically the pollination process. 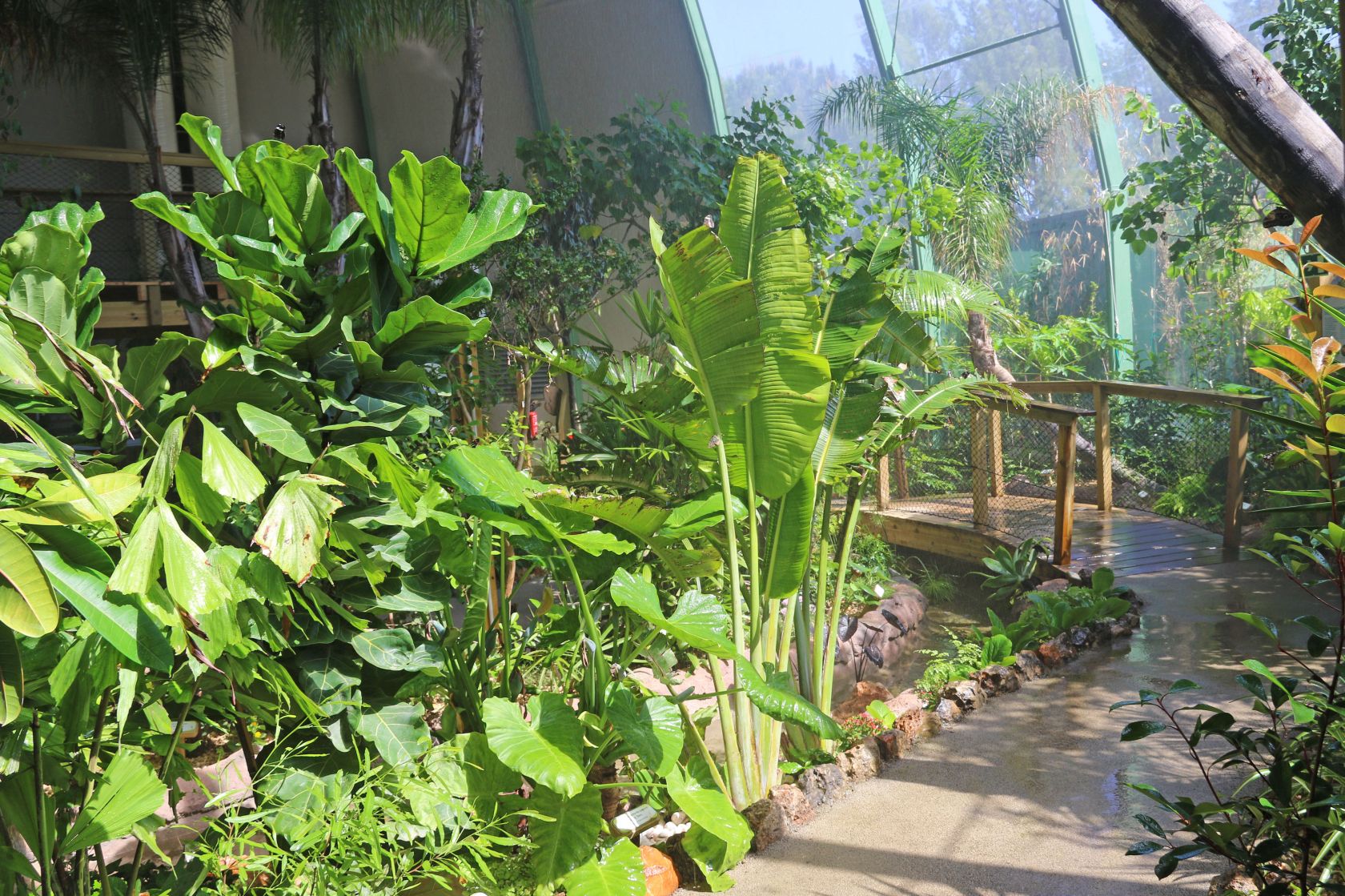 When asked why Zoomarine decided to open a Butterfly Garden, Mariana told me that “This had to do with the fact that Zoomarine wanted to present a novelty that was completely outside the box.” Explaining that “Normally, when you think of Zoomarine, you associate it with marine mammals and not butterflies. Then with the expectation of opening a mega novelty, we decided to go with something that did not exist in the Algarve.” Adding that “We have received really fantastic feedback from our visitors and it is a rich offer when it comes to educational visits from schools in which we explore topics such as the interaction between organisms, camouflage, the importance of insects and the conservation of these species.” 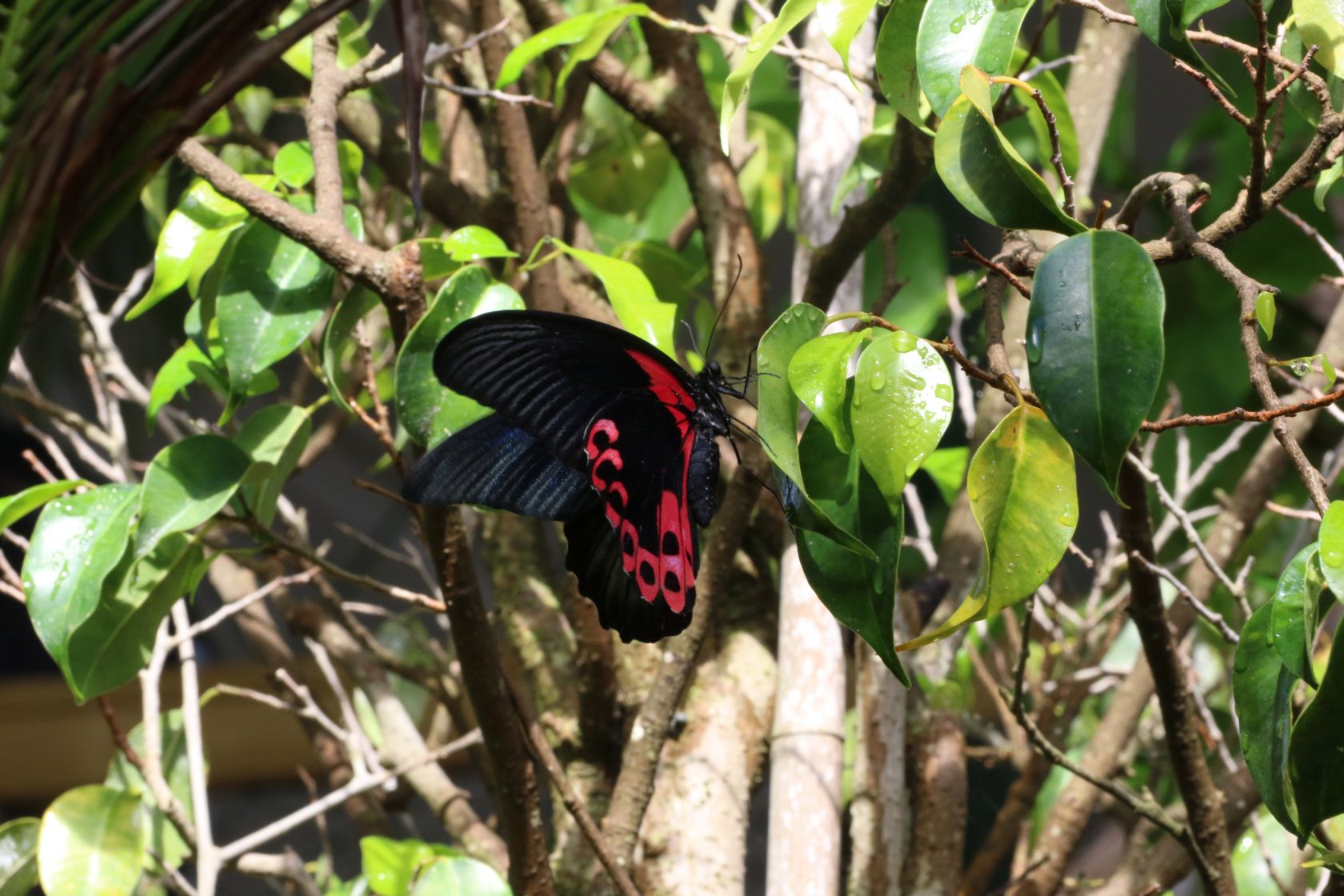 Mariana also affirmed that “The opinion of our visitors is extremely important to us, we always take into account their suggestions, whether they are improvements, new rides, or other feedback to improve their park experience.”

Additionally, when it comes to what is new, they wanted to make visits more practical and safer, Mariana explained that now “Zoomarine offers a wristband that allows visitors to make payments inside the theme park without using cash or cards.” This added bonus allows visitors to use the waterparks without having to worry about their wallet as the bracelet is waterproof and allows you to top it up throughout your visit.

Last year, Zoomarine opened their new restaurant called Bamboo, where they bring a completely new concept to the Theme Park: an all-you-can-eat buffet, at an affordable price with a multitude of dishes to choose from. 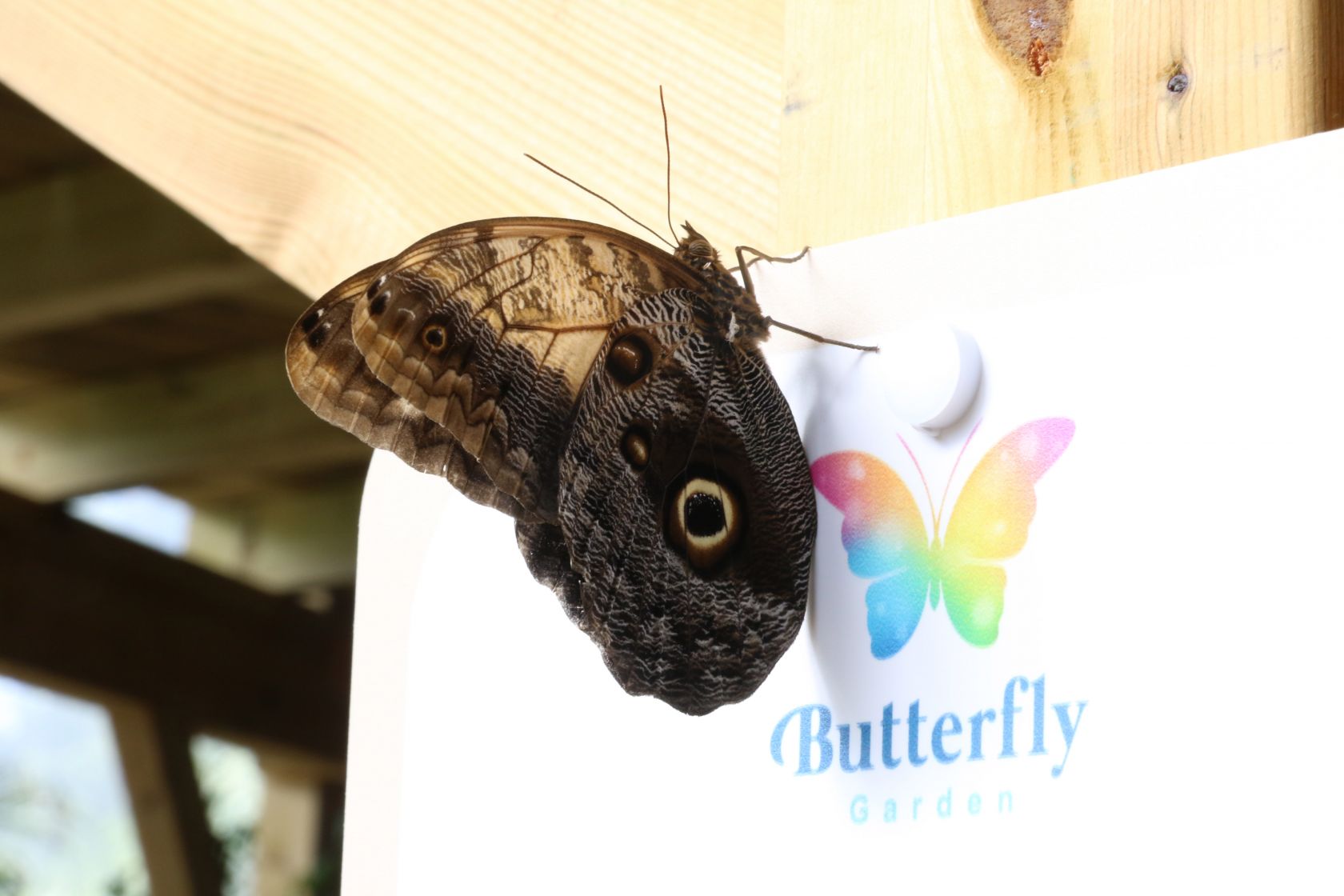 Zoomarine Beach is a vast space built for water fun. It is composed by an incredible wave beach (with 5 types of waves), the Aquatube and Bodyslide slides, several swimming pools (divided into 3 aquatic areas: a pool, a mini aquatic playground for little ones and, of course, a water games area). They also have the longest lazy river in Continental Europe called the Coconut River, where the course is 400 metres long and where visitors can enjoy waterfalls amongst paradisiacal vegetation as well as Jurassic River where you are thrown into a rafting adventure. 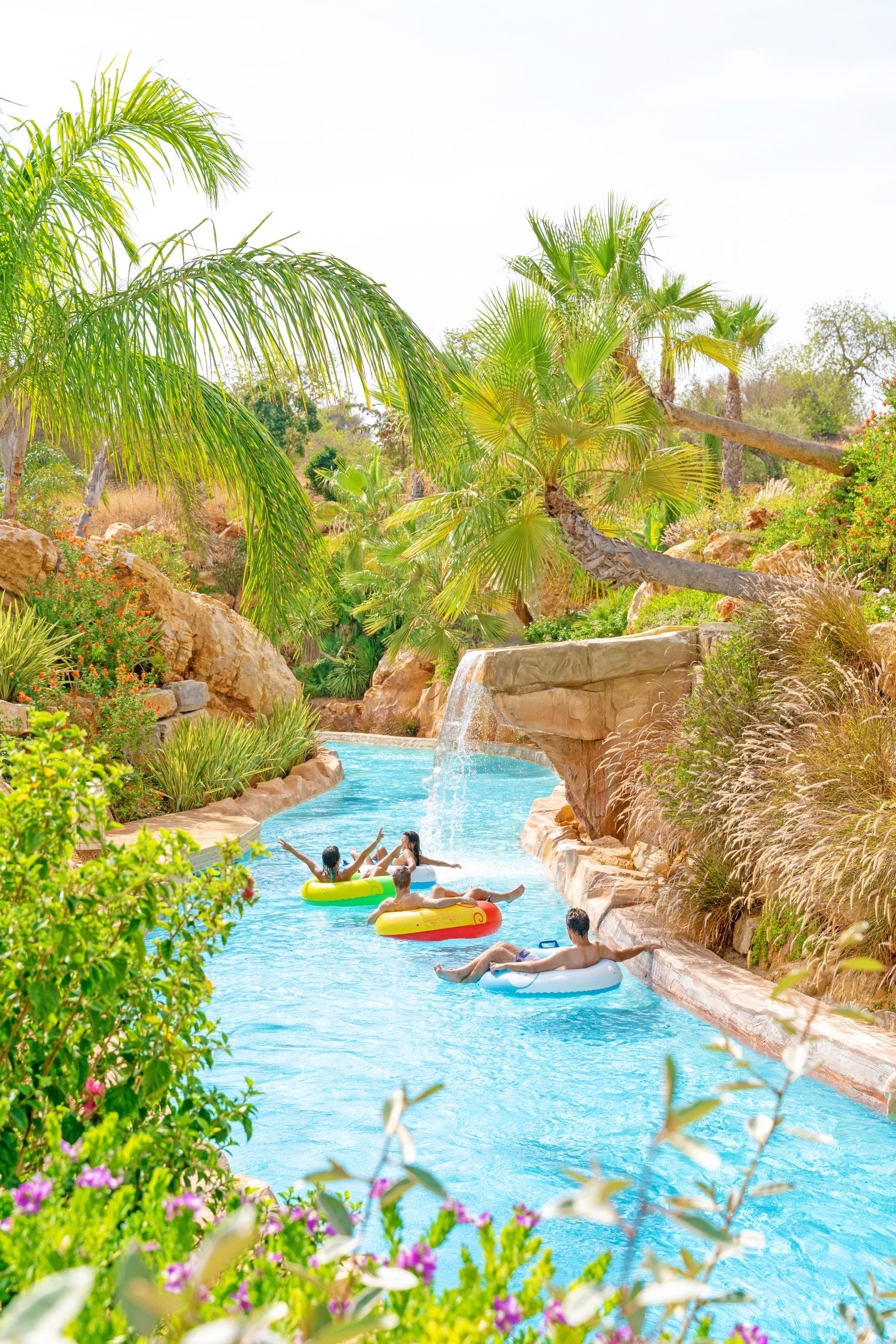 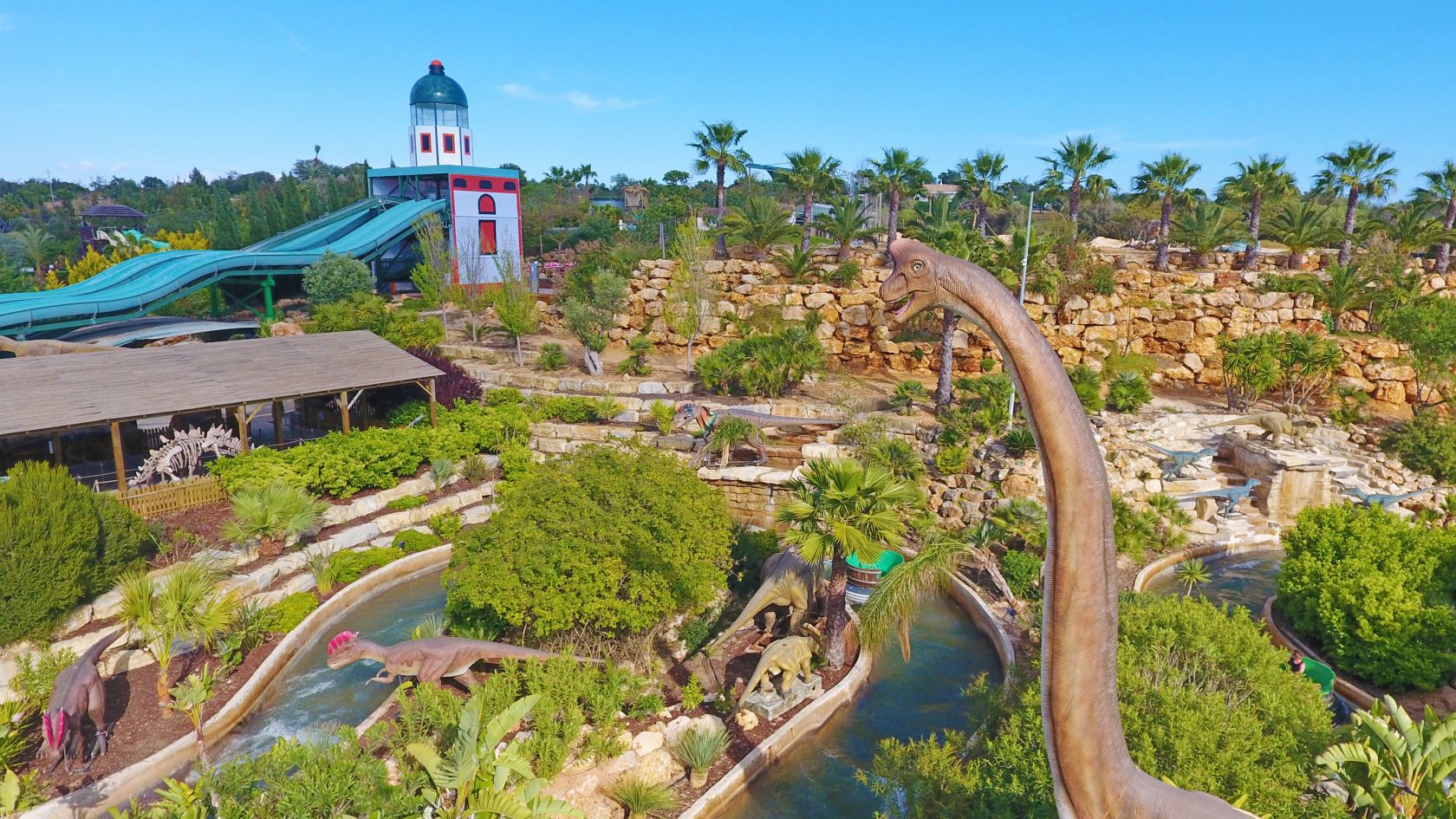 Zoomarine’s Fantasy Island which opened in 2021 is specifically designed for the youngest members of the family, consisting of a set of slides. Don’t forget to check out Treasure Island, which is specially designed for true pirate fans, as the whole scenario is reminiscent of pirates, treasure chests, barrels of water and a snail slide. Mariana also revealed that “We can advance that we are already starting to prepare the novelty of 2023 and, although I cannot give details, we will be making an expansion to our aquatic offer.” Prior to this in 2020 Zoomarine opened three new mechanical rides called the Manta, the Farol Tower and the Ferry Boat much to the delight of our visitors. 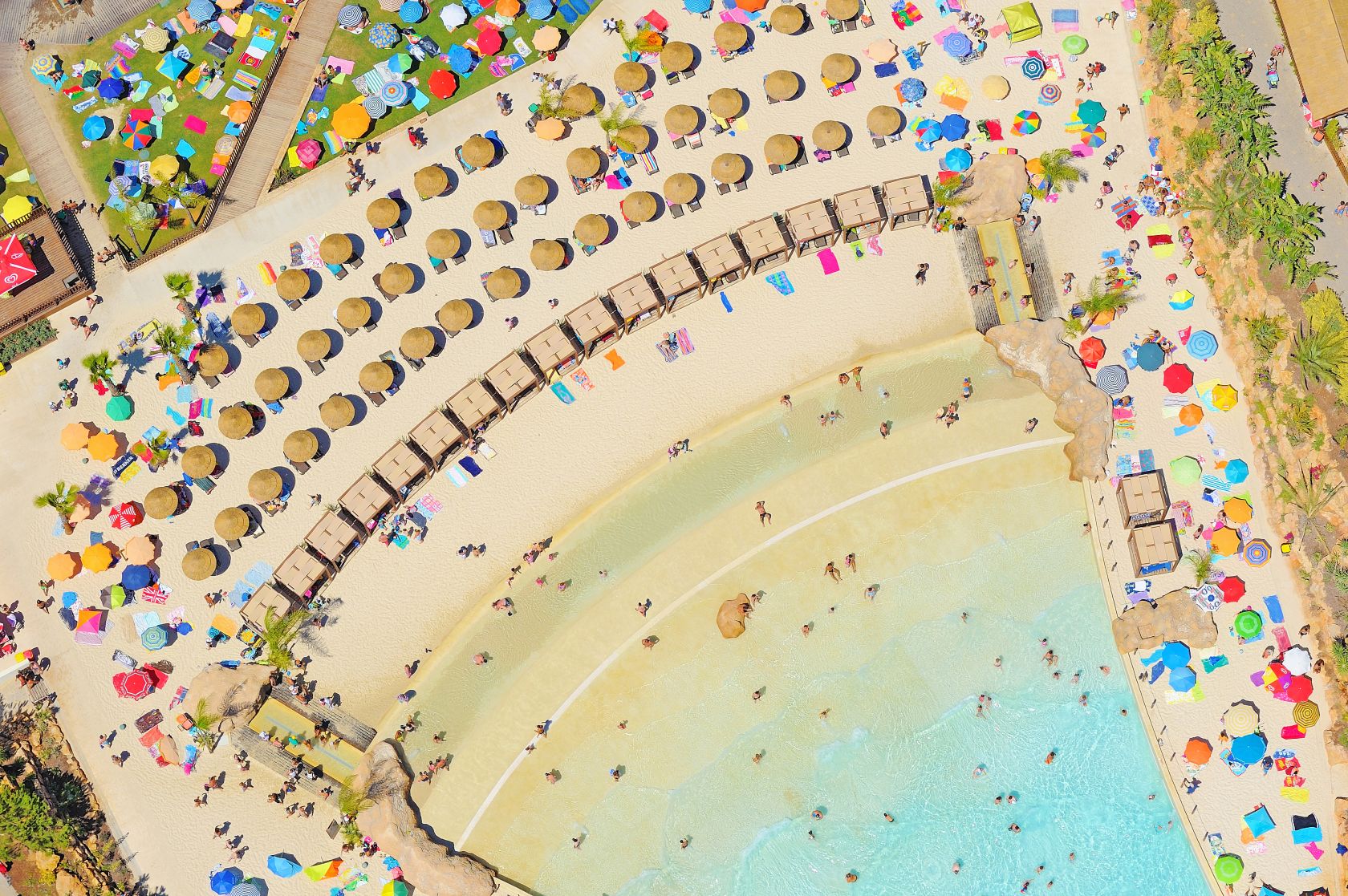 Since its foundation Zoomarine has been dedicated to actively participating in the conservation of ocean life, its species and habitats. It is not by chance that the pillars of Together We Protect Zoomarine are: Educate, Entertain, Preserve, Know and Develop. “Although we are present in several conservation projects, one of Zoomarine's greatest accomplishments is the Zoomarine's Porto d'Abrigo, which was the first rehabilitation centre for marine species in Portugal, which was inaugurated in 2022.” Among the various success stories, Mariana wanted to highlight “the rehabilitation and return of the "Salina" and "Tortuga" turtles, and also of the 8 terrapins. Over several months, these animals were accompanied by the team of specialists from Porto d'Abrigo do Zoomarine.”

Within the scope of social and environmental responsibility, Zoomarine organises the Montanha Verde and Praia Limpa Operations every year (except in pandemic years for obvious reasons). Montaha Verde was founded in 2016 in hopes of including the local community for the collective protection of the Algarve’s natural resources. “The first 5,000 trees were planted in Silves in November 2016, with the support and dedication of Zoomarine’s employees and the Civil Protection of Silves City Council. In 2020, in just four years, they had planted more than 79,000 trees in eight Algarve municipalities.” The Praia Limpa Operation, which translates to Beach Clean Up Operation was born six months later, following the same ethos “Together We Protect” with the first edition taking place May 2017, cleaning Praia Grande de Pêra and Olival Beach, which was achieved by the efforts of 100 fantastic volunteers.

Where Is Everybody? (The Human Speed Limit)