These fantastic birds can be seen in our bright skies floating on thermals until they disappear or plunge down at great speed, undoubtedly with a mouse or rabbit in sight.

Several species are seen here, but only three species breed in the Algarve, the Booted, the Bonelli's and the Short-Toed.

The Booted Eagle is relatively small with a wingspan of 110 to 132cm, and are migratory, living here during the breeding season in open forests and hilly terrain, and travel south during winter. 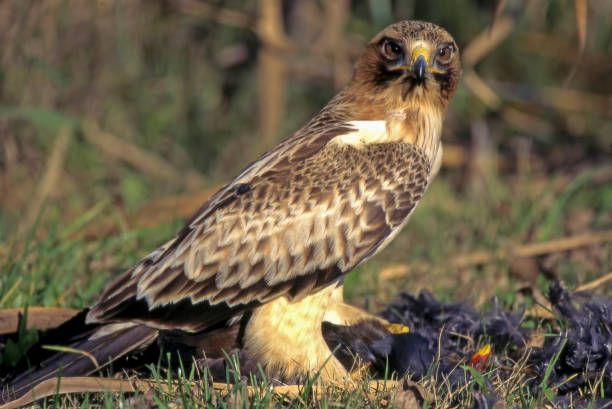 Next up is Bonelli’s Eagle with a wingspan of up to 180cm. Their legs are unusually long, and the feet and talons are enormous for their size. Researchers discovered that this species hunts in tandem with their mating partner, and it’s likely that this is done to strengthen the pair’s relationship. They hunt a wide selection of prey, including mammals, lizards, and smaller birds. 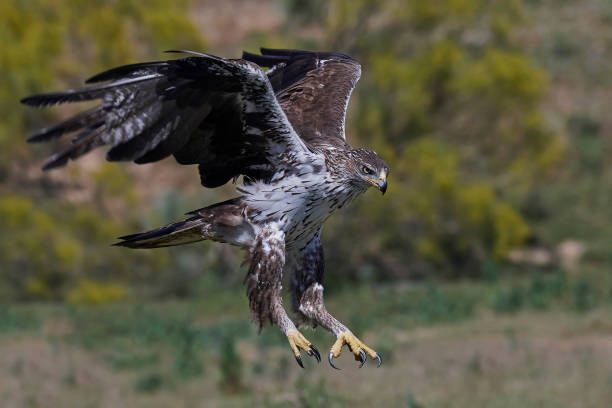 Short-Toed Eagles are next, with a wingspan of 162 to 195cm. Sometimes called Short-Toed Snake Eagles, they primarily eat reptiles and occasionally birds and mammals. If they attempt to snatch a snake too large to pick up, they’ll fight it on the ground with beak and talons until the snake dies. 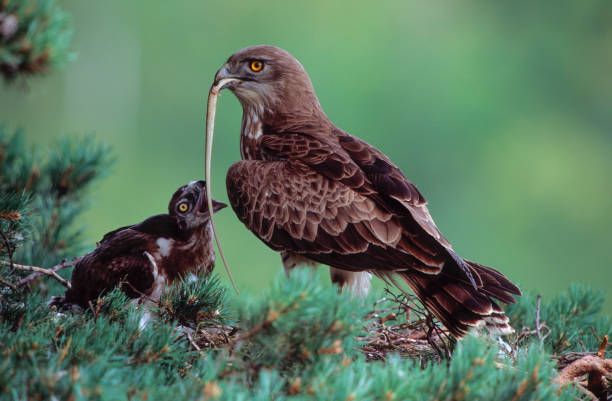 Spanish Imperial Eagles are here too, with a wingspan of up to 220cm, and are only found on the Iberian Peninsula. Their population is very low and, until recently, they were considered critically endangered. This species prefers dry, mature forests as its habitat. 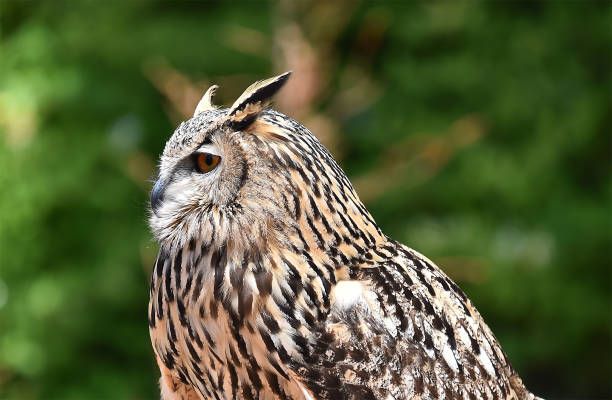 Seen also in Portugal is the Golden Eagle. These are impressively huge with a massive wingspan of up to 2.3m, with a head that seems small for the body but includes a wickedly hooked beak, and are fast expert hunters, feeding on small mammals.

They typically mate for life, and to impress a female, a male might pick up a stick or a rock and fly up high, only to drop it and then swoop down to catch it before it lands.

One eagle you won’t see here is the Harpy Eagle, as these are found in and around South America, and are currently listed as Near Threatened by the IUCN. 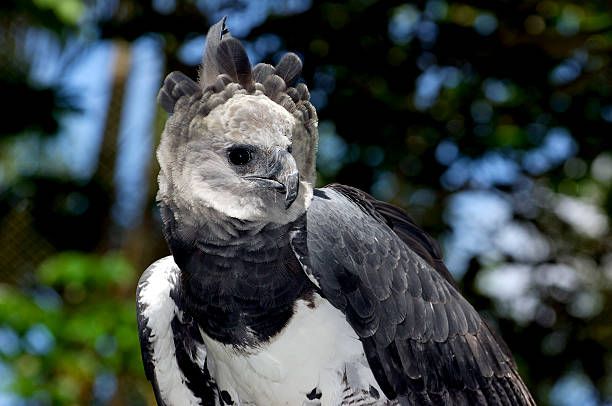 A bird measuring 1m from beak to tail, with a wingspan of 2m (a standard door is this height for comparison), legs the size of a small child’s wrist, and talons the size of grizzly bear claws, eats just about anything it wants to!

The deadly talons of a harpy eagle’s curved, back talons are larger than grizzly bear claws at 13cm long and can exert several hundred pounds of pressure (over 50kg), crushing the bones of its prey and instantly killing its victim.

In hunting mode, the eagles can turn their heads 180 degrees to face upward while flying through the dense rainforest and can fluff up their head feathers, to create an acoustic funnel to direct sound to their ears.

It may not be the largest bird of prey (the Andean condor fills that slot with a wingspan measuring 3m), but this raptor is definitely the heaviest and most powerful of birds.

It is great at saving energy and will fly below the forest canopy, using its great talons to snatch up monkeys and sloths that can weigh up to 7.7kg.

A harpy is capable, in a serious chase, of reaching speeds of 80 km per hour and dives down onto its prey and snatches it with outstretched feet.

Like most eagles, the female is almost twice as large as the male. They mate for life and will make a nest around 2.7m feet from the ground. Interestingly, the female lays two eggs - but once the first hatches, she stops warming the second, and it will not hatch.

Both parents spend time protecting and raising their chick until it fledges, usually within 6 or 7 months, though it returns to the nest over the following 6-10 months for an occasional free meal!

A harpy pair will produce a chick every 2-4 years. Young ‘harpies’ reach sexual maturity by the age of 5 and given the chance, will live up to 35 years.

Eagle eyesight is 4 to 8 times stronger than ours, so if you can see them, they can undoubtedly see you!

A glimpse into lives of parent puffins

Go purple, and save the bees!

‘Flying barndoor’ eagles to be reintroduced to England