What makes them so special?

When we think of flooring in Portugal, the first thought is cool marble or ceramic tiling to try to keep our homes as cool as possible. But rugs have their place too, maybe to add flavour to your décor, bring colours together, or to actually create a bit of warmth during the cooler months.

Enter the traditional carpet of Portugal, the Arraiolos Rug, which is more like a tapestry, and these have been around since the Middle Ages.

They are hand-crafted, made without a loom, and for a long time it was believed that it was the Arabs who brought this exotic carpet here, but in fact the carpets of Arraiolos were influenced by Persian and Turkish carpets and were particularly prized as early as the 15th century.

The Arrival in Arraiolos

A bit of rich history is involved here, dating back to the Moors, who dominated the cultures of this area for hundreds of years, until being expelled from Spain by Queen Isabella of Spain in 1492, with some fleeing west to Portugal, settling in the town of Arraiolos. 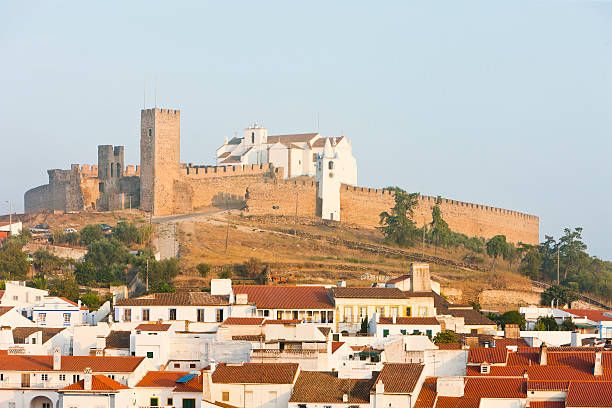 In 1511, Portugal expelled the Moors as well, but the locals had already absorbed the knowledge of embroidery and carpet-making.

The culture of the Middle East, including Persian textile techniques, travelled easily to Iberia, and it is likely that Moorish nobles would have brought their skilled rug-makers with them.

Despite their disappearance, local artisans continued to produce these magnificent designs, with many workshops being based in convents, where Portuguese colour schemes and folk motifs began to appear.

Thus began the embroidery of Arraiolos on a large scale. Women and children embroidered the designs which changed enormously over the course of time, but still today, the Arraiolos carpets have kept the initial structure of the Persians: large central motifs symbolizing the living, four corners representing the four elements, and various theological references, but over time, more Western and characteristically Portuguese motifs began to dominate the Arraiolos carpet pieces.

Arraiolos is a village just north of Évora where traditionally women had been producing these rugs since at least the 16th century. Now, tapestry is an endangered art, and in Arraiolos, many workshops have closed, and it might be hard to find an artisan who still embroiders.

Although you may not see them being made in the streets anymore, you will find a store selling them, and maybe an artisan making one can be found there, or visit the famous rug museum, Centro Interpretativo do Tapete de Arraiolos, which is a perfect place to visit and learn all about these famous rugs.

By the latter part of the 19th century, the making of Arraiolos rugs practically did not exist, being reduced to embroiderers that made rugs to order or for their own households.

A workshop founded in 1916 in Évora helped revive the faltering industry, and it is now regulated by a professional organisation.

In demand among the aristocracy in the 18th century, they served not only to protect and decorate floors but also to display wealth, and properly cared for, they last for years.

These beautiful carpets don’t come cheap because they’re made by hand, the designs being embroidered one stitch at a time onto the canvas or linen, typically using wool thread.

The technique is a form of cross-stitch that completely covers the cloth foundation. The stitch used for the carpets is commonly called ‘Arraiolos stitch’ - an oblique half cross stitch, said to be Slavic in origin, and it would have been popular with the Arabs who occupied Spain and Portugal. 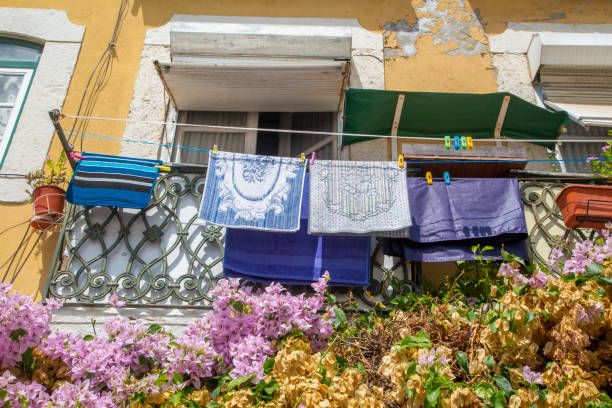 The execution begins long before the embroidery - finding the right image, the right colours, defining sizes and enlarging the design so that everything is in proportion - it all takes hours and hours as tapestry is a manual craft, made stitch by stitch.

The pace depends on the hands that create it, they say it can’t be rushed, like good wine!

Demand was intense until the middle of the 20th century, but in the 80s carpet production began elsewhere, but they are not Arraiolos carpets - just carpets made in the Arraiolos way!

They are definitely stunning pieces of rug art as well for the wall. Where in Porto can I buy one and about how much does a 9'X12' cost?

“Best summer ever” in Lisbon and Porto