Take a seat with Wesley Sacardi

If you’ve cycled down to Praia do Gigi in Quinta do Lago recently you may have been pleasantly surprised to find that you can now park your bicycle in a nice new wooden station. People walking past en route to the beach (or upon their sandy return) would have also no doubt noticed a bench in front of the station where they can stop, rest their legs and enjoy the view.

Now, at first glance it may seem like a perfectly ordinary bench. But anybody who examines it a little more closely would have noticed that, for one thing - it has considerably more legs.

The jungle of branches underneath look a little like roots and could be said to give the impression that this bench is growing out of the ground. A few little touches of recycled wood here and there show the careful observer that a lot of time, energy and love has gone into making it. 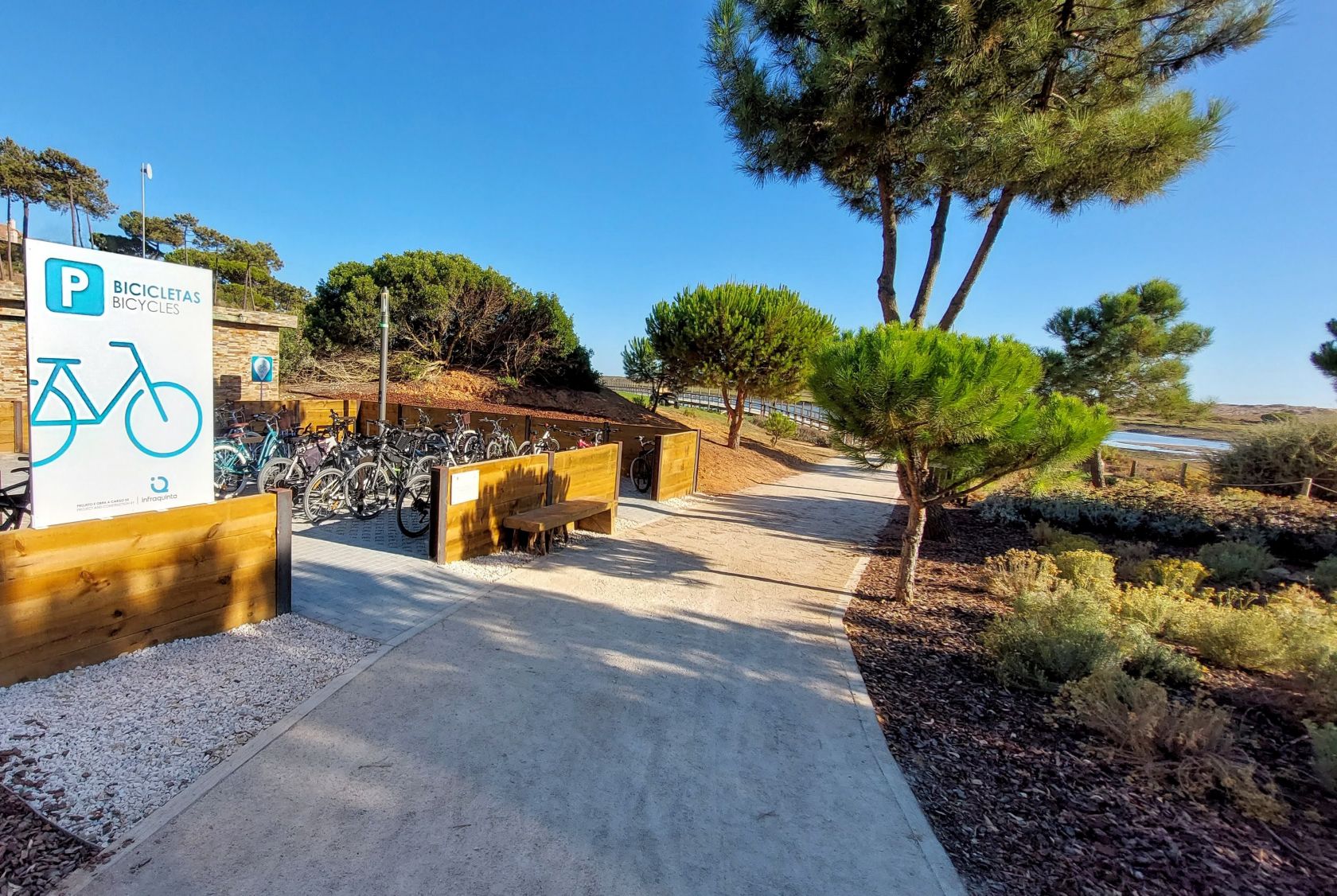 For me, it was a particularly wonderful surprise to find this bench sitting there - as I had seen it once before!

A little while ago I was visiting the Palácio Gama Lobo, headquarters of Loulé Criativo, to talk to another of the resident artists of their Loulé Design Lab.

I spotted this peculiar bench in the courtyard and I was later introduced to its creator, a happy go lucky Brazilian chap called Wesley Sacardi who was busy working away in their wood-workshop. 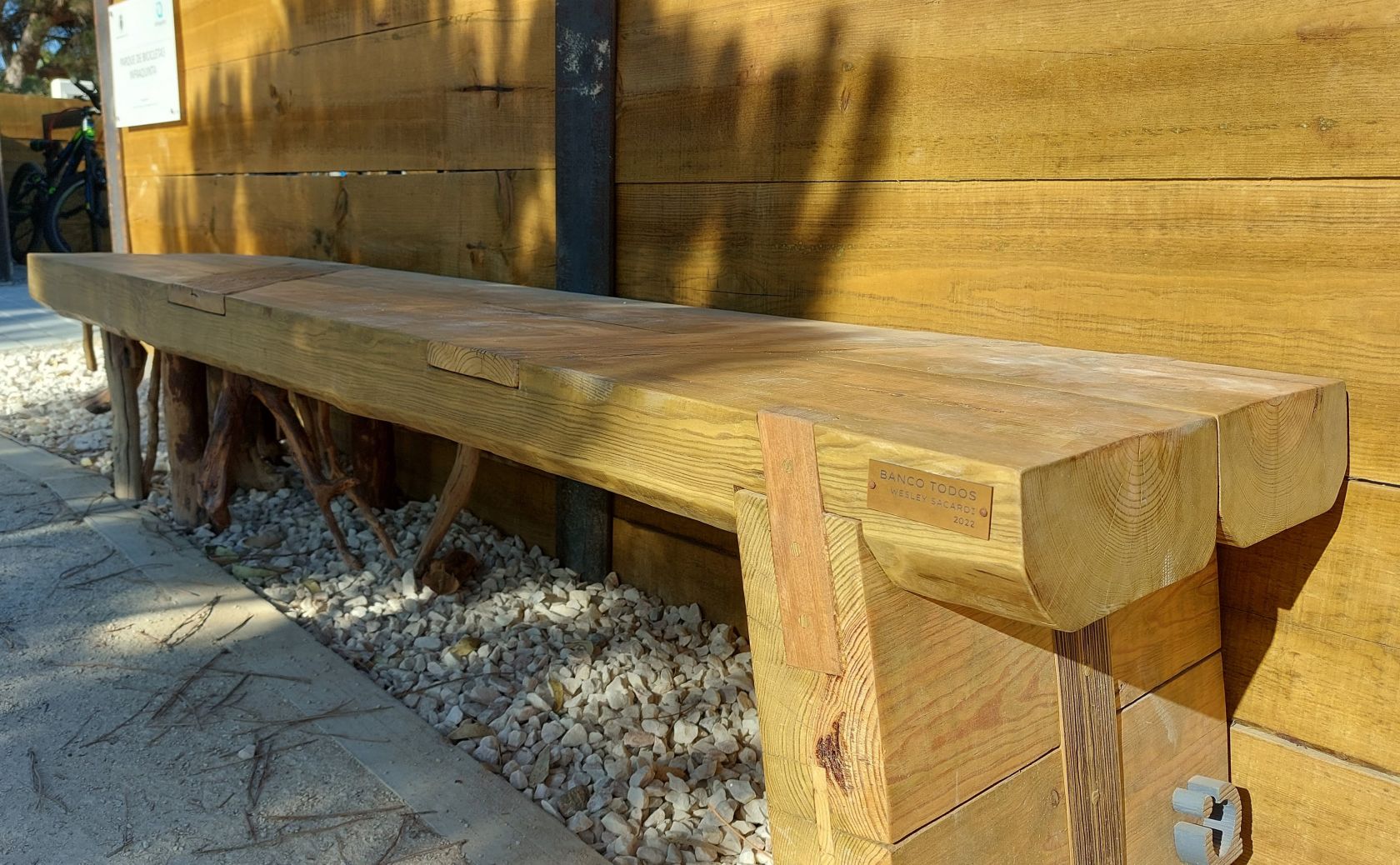 Wesley is a very skilled woodworker, and although he can turn his talents to pretty much anything, he has a particular passion for making places where people can sit. He laughed and explained how he loves to make chairs, stools and benches as they are things that we all share and that bring people together.

Imagination is all you need

Wesley grew up in São Paulo and told me he has always loved working with wood but it was only in 2016 that he decided to quit his job in advertising and dedicate himself to his passion full time. He told me how he wanted to try and rediscover his childhood imagination - and see what he could make.

After a trip to Portugal with his wife in 2018, they fell in love with the Algarve. He got to know the team at the Loulé Design Lab, made friends and saw that they would happily accept him as a resident artist. The process took some time, but Wesley and his family moved here last December. 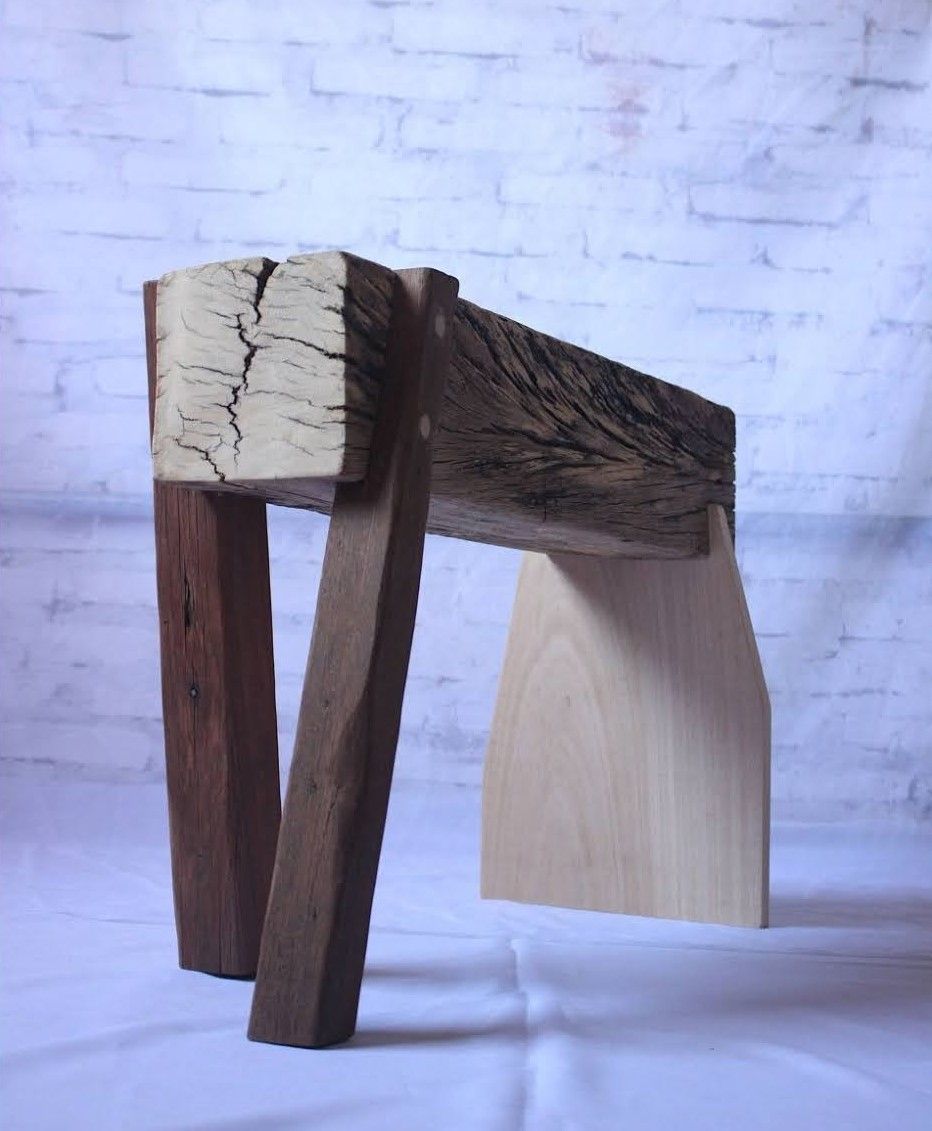 ‘Wood’ that go together?

Wesley started a never ending collection of original stools he calls the Série Descartes. Giving a whole new meaning to the word ‘re-cycling', these unusual seats are exclusively made from discarded bits of wood - many of which he finds while out ‘cycling’ around exploring his new home.

The Lapidado, for example, is made out of a beautiful and fairly large block of wood he found lying in the dunes around Praia do Trafal. Wesleys gave it three legs (two of which a fellow resident artist found for him in Lisbon) and with elegant cuts that make you think of diamonds, the stool proudly shows off the wood's life lines and puts its natural beauty on display. 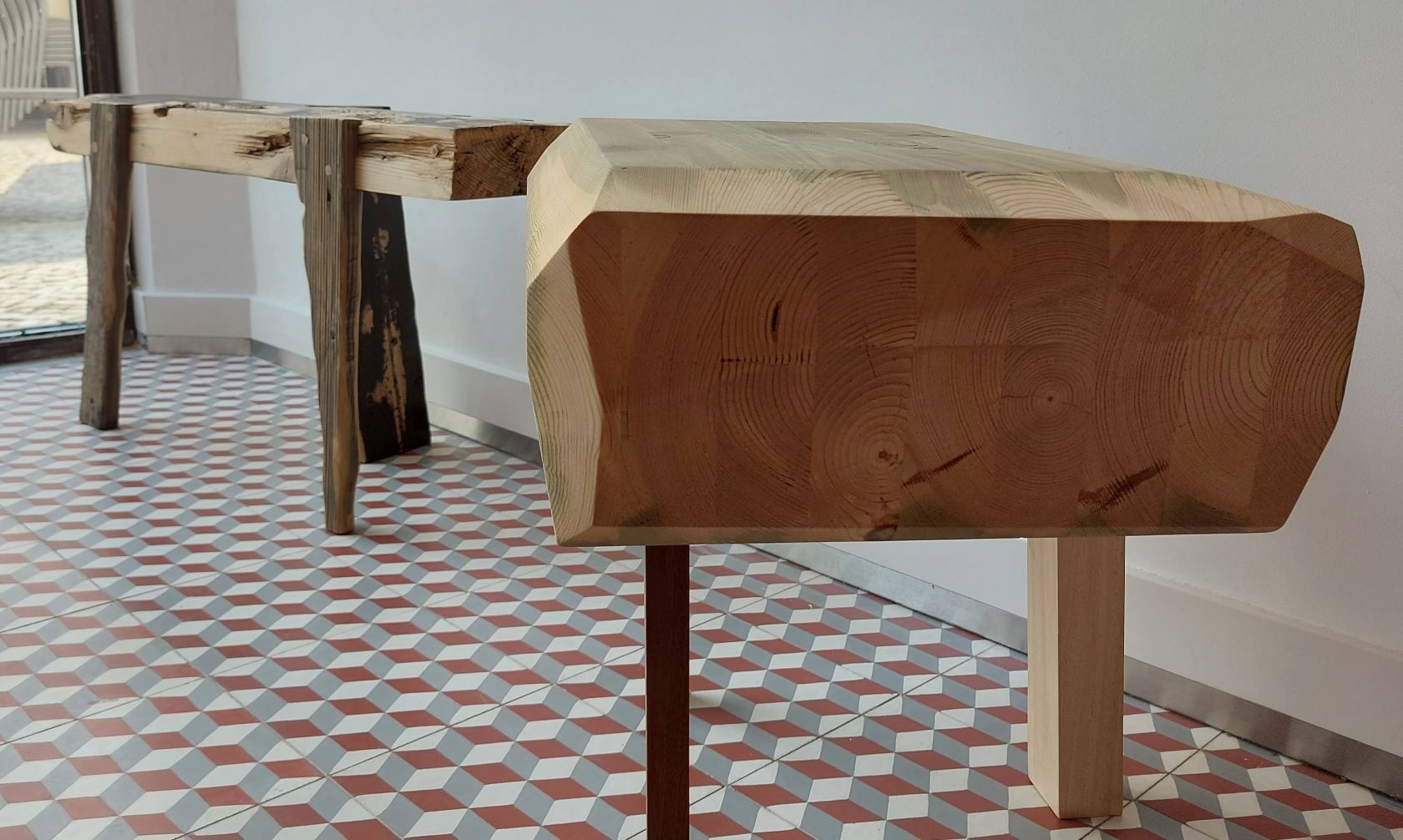 It's quite amazing when you look at the precision, care and imagination Wesley takes in uniting all kinds of different woods (that you would never have thought would go together) into a harmonious and well balanced piece of art - that you are welcome to sit on.

Now, you might be thinking that some of these unusual stools don’t look very comfortable - but that's half the point. Wesley is trying to make you feel a little uneasy with his art.

He has a huge amount of love and respect for what he calls the ‘matéria prima’ (raw material) and told me how the tree would have spent years growing the wood that we so casually throw away. He wants to demonstrate that with a little creativity and care almost any piece can be re-imagined, and that they have plenty of life left in them yet.

Wesley has called the bench in Quinta do Lago the ‘Banco Todos’ (the bench for all) and he hopes everybody will enjoy it. 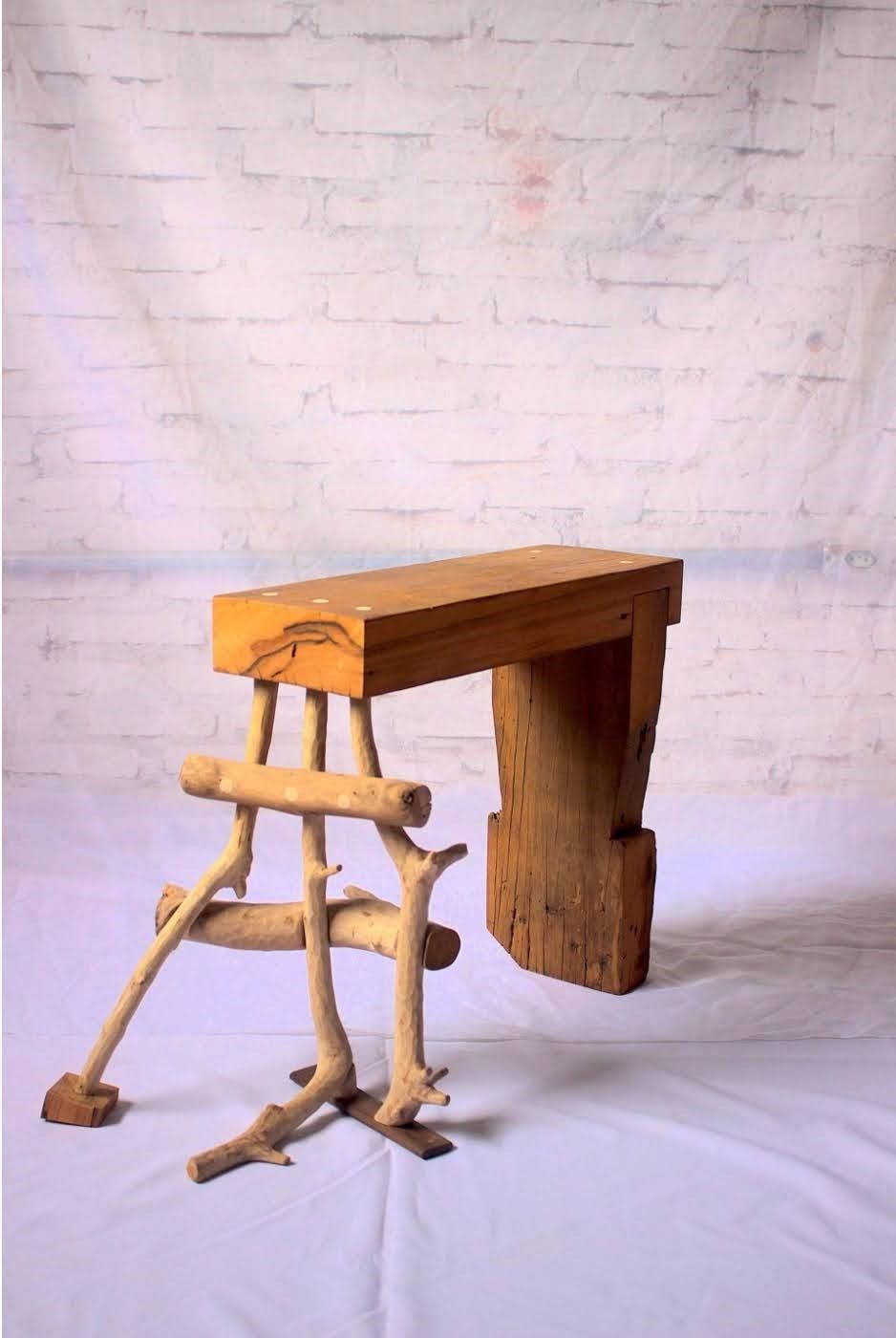 I don’t know whether it's in my power to cause a trend but I know it would make Wesley smile (even more than usual) if you added him on Instagram @wesleysacardi and tagged him in pictures of you sitting on the bench with your family and friends on your next beach trip.

Take a seat with Wesley Sacardi