HomePortugalWas the environment considered in the Metro Mondego project in Coimbra?

Was the environment considered in the Metro Mondego project in Coimbra?

Coimbra is getting ready to receive a new transport structure, which promises to bring innovation and modernity to a city that many consider having been handed over to antiquity. However, the Metro Mondego project does not satisfy environmental groups.

In a statement to The Portugal News, the environmental movement ClimAção clarifies that it does not fully support the project to implement the Metrobus in the student City, for environmental reasons.

ClimAção emerged in December 2018, from “a group of people” who already claimed environmental issues, as explained by Miguel Dias, one of the founders of the group. In this context, the movement's members decided to bring more people together for the cause, through a Facebook group. Despite its genesis being through social networks, ClimAção is not limited to contesting only through social networks.

According to Miguel Dias, the movement usually tries to pressure municipalities, as well as collaborating with other environmental groups, “with a focus on climate change”. The group, which on Facebook goes by the name ClimAção Centro, has the city of Coimbra as its main focus, despite having already carried out actions in Figueira da Foz.

At the moment, the group is prioritizing the fight against the felling of trees, including in the Metro Mondego project. In this context, on 16 August, the group, despite the holiday season, managed to gather “more than a hundred people” who “were in an embrace with the five plane trees that are expected to be slaughtered”. The plane trees are located in Ínsua dos Bentos, next to Avenida Emidio Navarro, on a roundabout.

Consequences for the city

In a statement to The Portugal News, Nuno Martins, architect and member of ClimAção, revealed that the trees that are to be felled “are historic”, as well as “having a historical context and are implicitly protected”, in a city “that is a world heritage site of humanity”. According to the architect, the Metro Mondego project cannot be considered “a mobility program”, if it could “contribute to climate change”.

According to Nuno Martins, forest fires have always existed, and pyromaniacs have always been arrested, however, according to the architect, the scale of the catastrophes caused never reached the current level. In this context, Nuno Martins believes that the size of forest fires is due to low levels of humidity, which could be replaced with trees. Thus, the cutting of “673 trees” will contribute to an increase in climate change, he told The Portugal News. 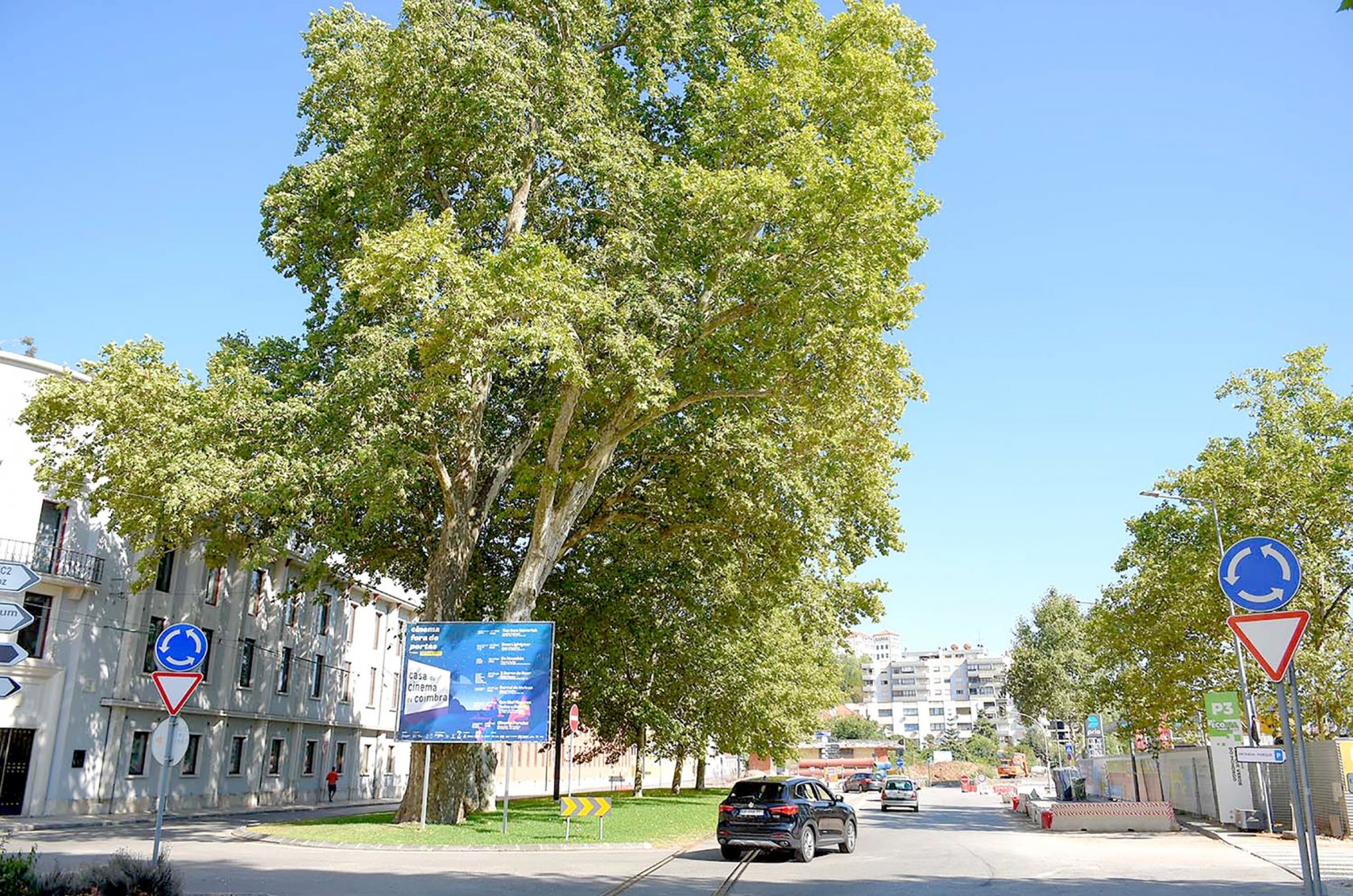 In addition to the environmental issue, Nuno Martins says that the trees concern one of the most emblematic buildings in Coimbra. The place where the trees are planted refers to what was formerly described as “the facade of the train station”, that is, an avenue next to a train station called Estação Nova, which in the 19th century was of great importance.

What does the City Council say?

The cutting of the trees has been demanded by the group, which intends to prevent the cutting of the plane trees in Ínsua dos Bentos, in Coimbra. The cutting of trees is part of the Metro Mondego project, which according to Miguel Dias, cannot be changed, as the municipality says that changing the project would be expensive, which would harm the Coimbra City Council. This same information was confirmed by a source linked to the Coimbra City Council to The Portugal News.

Miguel Dias reveals to The Portugal News that the current local authorities were in opposition and had similar complaints to ClimAção, namely in the lack of clarification, as little information about the project was transmitted to the population. Nevertheless, Miguel Dias states that concerning certain measures, as an opposition, the current executive missed some measures, at an environmental level. However, Coimbra City Council told The Portugal News, through a statement, that “the current executive as an opposition”, used various means to express “disagreement with how the process took place”. Through social networks, and opinion articles, among other means, the current executive denounced the weaknesses of the project, including “the difficulties in accessing information”. The same source also reveals that some of the current president's ideas were accepted, while others were ignored by the former executive.

The communiqué from the Coimbra municipality reveals that José Manuel Silva is a “defender of environmental causes” and that during his term in office he has already shown that the environment is one of his priorities. Therefore, Metro Mondego will be a way to create a sustainable alternative to city traffic. The Coimbra City Council agrees “that the projects should have been widely open to public discussion”, however, the projects are already approved and any change “is incompatible with the deadlines imposed by the financing programs”.

Regarding the felling of trees, the municipality of Coimbra guaranteed that for each tree cut “three new trees will be planted” to guarantee a positive “environmental balance”.

Let me start by asking why Coimbra is not on your location list yet you write about Coimbra? Second i want to say that we had a very good tram system before it was destroyed to put in a metro bus link that doesn't run frequently and doesn't reach any of the areas the tram used to. Thirdly i want to say it depends on the tree... Eucalyptus and mimosa trees are basically organic explosives. Removing them will reduce fires and therefore reduce the pollution the fires make, which is the equivalent of burning oil. Replacing these trees with fruit trees would help the environment and also supply food to the people. But there is no funding or program to do this. It is all very well to be an idiot and say cutting any tree is bad. But it is better than our heroic fire brigade perishing painfully in fires, no? Is it your house and home that was incinerated? Can you ask about the truth behind why the trams were removed? has it got something to do with corruption? Give back the Trams, Give back the lives of towns that went with it. Electric trains and trams. They can also transport goods and materials. Are you willing to give up your car? Can you if you wanted to? We used to be able to go as far as lousa before the connection was cut and left to rot. Let's talk about that please.

As I recall, there was a train service that ran from Coimbra to Serpins that also connected Mirando do Corvo and Lousã, why was that discontinued?

Have you heard of the Tâmega complex?

Ecology and its decline. It’s not my fault!

Was the environment considered in the Metro Mondego project in Coimbra?