HomeLifestyleIn 1969, a British motoring icon was launched in Estoril

Right, Chef! Make us a nice curry. But, all you'll have to work with - is a potato.

I’m rather glad BMC didn't run our local curry house because this approach to ingredients wouldn’t make for flavoursome dishes. But tight budgets and limited parts bins was the way things were. It was a bit like Ready, Steady Cook with metal. As a result, many BMC models were compromised because the powers that be only provided the equivalent of two tyres and five washers and hoped to create automotive miracles. But if Jesus could feed the 5,000 with two fish and some bread, similar fetes were surely not beyond engineers?

The buzz phrase in Maxi circles was, funnily enough, "all the fives". Oddly, it had nothing to do with feeding the 5,000, it was moreover a sort of tagline that aimed to point out that the new Maxi would arrive on the scene as a five-door hatchback featuring a five-speed manual gearbox. Its cavernous loadbay could possibly accommodate a couple of small whales alongside a lot more than five paltry loaves. From here on in, if Jesus chose to drive a Maxi, he'd never had it so good.

The Austin Maxi was a timely creation in a world almost devoid of hatchbacks. It was quite a departure from BMC's aging Farina saloons which hailed back to 1958. These cars had enjoyed steady sales but the dated Morris Oxford and Austin Cambridge were up against Ford's brilliant Cortina. It soon became clear that the old models weren't cutting the mustard amongst a new breed of discerning motorists. The only way forward was to produce a brand new car.

Work began in 1965. A major decision was made to use Austin 1800 (Landcrab) doors - which weren't all that pretty or modernistic. Designing a new car around old doors would effectively create a template dictating the new car’s appearance. Every Austin creation with engines ranging from 1500cc to 3000cc would have look-alike centre sections. Only slight defining variations could be achieved at the front or rear sections.

BMC had bold ambitions for the new Maxi so a decision was made to make an all-new engine for it. For project leader Alec Issigonis, nothing less than a cutting edge unit would suffice. New (E-Series) engines therefore featured overhead cams. The Maxi soon became a technological showcase which led to yet another big decision, which was to design a five-speed gearbox for it. There was also the now fabled "5 door" hatchback as well as adaptable seating which allowed the spacious interior to be fully utilised. 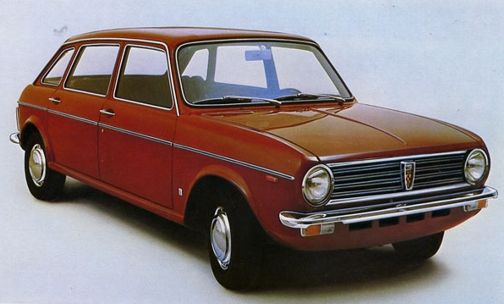 Regardless of BMC's innovations, a major problem for the designers was to create a desirable design with the old-hat doors. It proved impossible to create a new car that was more compact than the 1800's. Few endorsed the Maxi's looks despite a couple of hasty pre-release makeovers. A restyled front end penned by Ex-Ford Design Director, Roy Haynes provided the Maxi with a curiously MK2 Cortina-like grille and headlight styling which also featured on the Mini Clubman.

Happily, the Maxi turned out to be a triumph of practicality over aesthetics. Despite its handy roof-hinged tailgate, its new engines and five-speed gearbox the Maxi remained decidedly ugly around its square nose and sawn-off rear flanks. It was pure Issigonis with its 'two-box' body, generous accommodation, minimal engine compartment and the decidedly casual approach towards aesthetics.

The Maxi, like the Mini, was designed in a purely functional light. The Maxi’s raison d’etre was its huge load bay and interior versatility. Here, the Maxi trumped its rivals. Looking at Issigonis inspired cars now, they have an iconic and pleasingly retro shape. But back in the days when fashion trumped all, the Maxi didn't really cut it. However, at the time, it was thought that the Maxi would only be in production for a few years. It was thought that it would swiftly be succeeded by a new range of cars designed under the British Leyland (BL) flag.

When the Austin Maxi (ADO14) was launched in Estoril, Portugal in April 1969, the car failed to impress the assembled press. Journalists were briefed on all the Maxi’s finer points but the British team had their work cut out selling the concept. Things didn't get any better after the journalists actually got to drive the new car. First impressions were as underwhelming as the styling. The car was deemed sluggish with heavy steering. But one major shortcoming dwarfed all else. The appallingly vague gear change. The Maxi's five-speed gearbox turned out to be a cobbled affair. The cable-shift resulted in sloppy gear changes which was a world away from slick, user-friendly Ford setups. 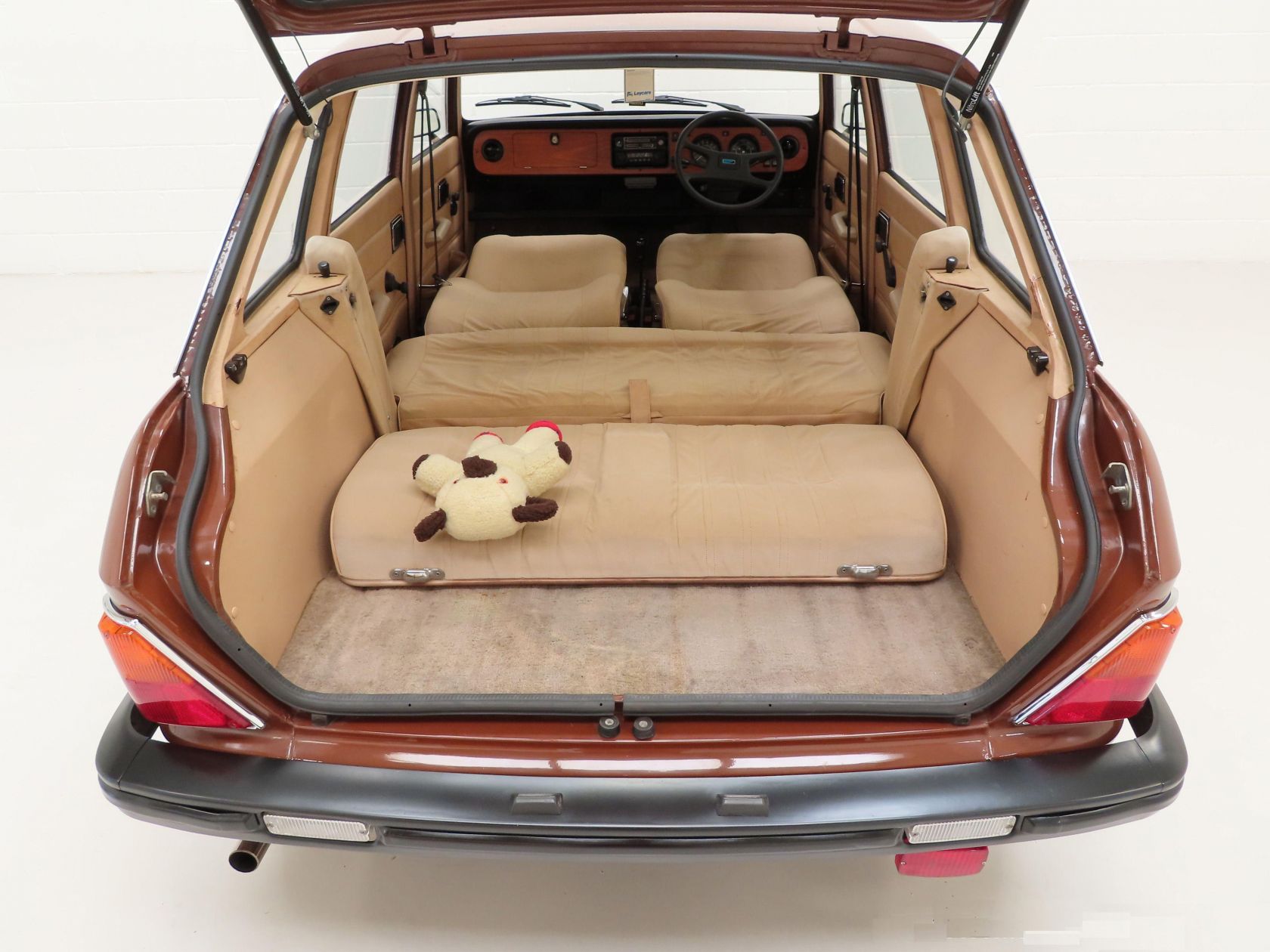 Nevertheless, shortcomings aside, the Maxi was certainly an interesting concept with plenty going for it. Like other Issigonis-engineered cars that preceded it, the Maxi was blessed with exceptional roadholding and superior ride quality. Additionally, the Maxi was a silent, long-legged motorway cruiser thanks to its very high fifth gear. The hatchback arrangement was convenient allowing the rear seats to be easily folded flat. It was spacious enough to accommodate a double bed! Quite the passion wagon!

All the Austin Maxi needed in order to become a better car was more power, slicker gears and a well-styled body. However, BMC declared that the Maxi was the most thoroughly tested car that the motor industry had ever produced, having covered over a million miles during testing. The car had survived the rigours of a blazing Portuguese summer as well the sub-zero climate of the Arctic Circle. But was it enough to tempt buyers? 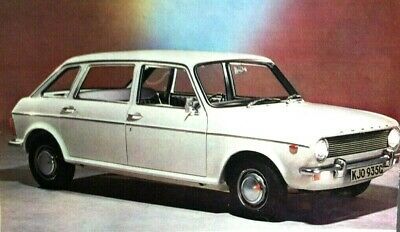 Although the Maxi was an entirely new concept that was practical, frugal, easily serviced and competitively priced - it was not well received by great British car buyers. Many failed to 'get' the Maxi. Yes, it was a very good idea but it was let down by lackluster performance and drab styling. Cortinas remained the go-to with crisp, fashionable lines. They were also available in a multitude of guises whereas the Maxi was a one size fits all affair.

However, the Maxi did enjoy an early sales honeymoon after its flamboyant launch in Portugal. The Cowley car plant had to work flat out to meet orders. A sequence of industrial walk-outs scuppered production deadlines and tested customers' patience. Production dropped from 2,000 units per week to fewer than 1,300. 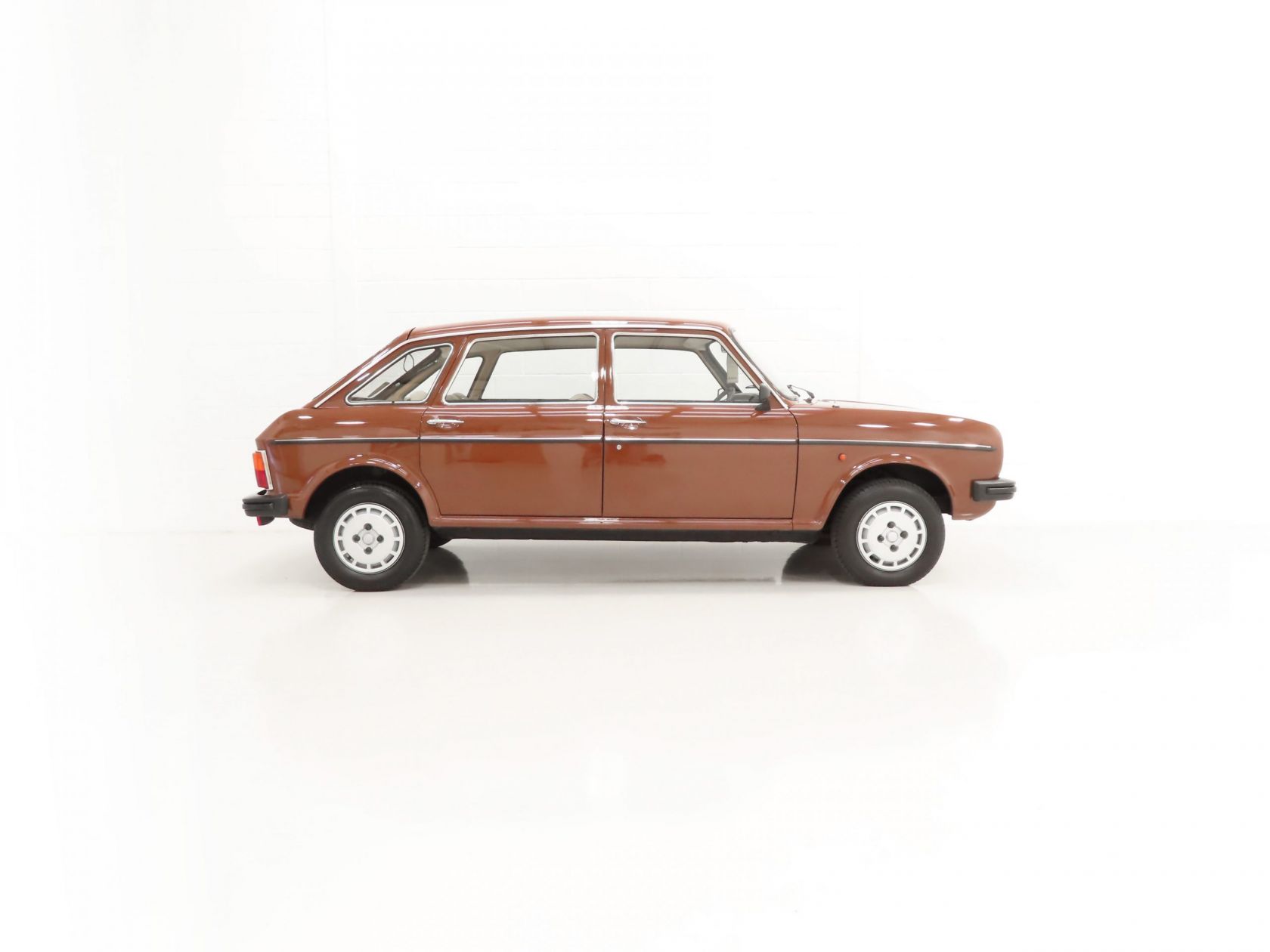 Eighteen months after its launch and after some extensive tweaking, the Maxi 1750 appeared. Along with the new 1750cc E-Series engine came a rod-operated gearbox. This was the stuff of dreams in Maxi-world. More power and a decent gearbox! Whilst the new version was no less challenged on the looks front, at least the 1750 provided a reasonable turn of speed.

Sadly, the damage had been done. The premature launch of the cable-change 1500's had tarnished perceptions. With one final facelift in 1980, the 'Maxi 2' branded car (under Austin/Rover stewardship) came with modernised wheel trims, matt black bumpers and a revised interior. But beneath the surface it was the same-old Maxi. The final example left the Cowley plant in July 1981.

Bored with your new home’s décor?