The Neighbours of the Factory pressure group was formed two years ago to fight against environmental and health issues caused by Amorim Cork Factory in Silves, Algarve.

Currently the group has 100 members who are all very concerned by the presence of the “chemical Suberin in the smoke emitted from the factory six days a week and the constant noise levels which are higher than the allowed rates. Alongside the pollution caused by the smoke, there is the issue of the fine powder containing PM10 which is being allowed to sit around in piles which is scattered by the wind across a very rural area.”

Elaine Evans from The Neighbours of the Factory group informed The Portugal News that they have done multiple tests on the Suberin and noise levels which they say proves that they are above the government limits and that “We have been meeting on a regular basis with members of the Silves Câmara, the CEO of Amorim, a representative from the CDDR as well as a representative from Pestana Golf.”

In a meeting on 1 September, Dr Maxime Sousa Bispo obliged Amorim Factory to adhere to two proposals, with one being “to place all fine dust in sealed containers and dispose of it safely” and the other being to “lower the noise level to meet with the code laid down by the government”.

“This is a big problem for the residents of Silves and is even experienced by those living in Lagoa and Portimão. We cannot sit in our gardens because of the smell and the affect it has on our eyes, nose and throat. Many experience allergies on a daily basis. It gets into our houses and even our washing smells of the smoke.” With Elaine Evans describing her own experience “I have lived in my present house since 1993 and the smoke was not a nuisance, now it is as the factory works long hours 6 days a week.”

On the 14 September, the group demonstrated outside the Silves Câmara at the same time as a meeting was taking place, which was organised under the leadership of the Deputy Mayor of Silves, Dr Maxime Sousa Bispo and the Deputy Mayor of CCDR-Algarve, Mr José Pacheco. The meeting was also attended by two representatives from the Neighbours group, representatives from Grupo Pestana, the CEO of Amorim Cork Factory.

Elaine Evans told The Portugal News that “This is an ongoing series of meetings that have resolved very little. So, we felt it was time to show the growth of feeling as we are victims of this polluting air that we breathe in every day. We hoped by loudly demonstrating we could draw attention to this serious problem which is affecting our health.”

Marcel, a representative from the group, who attended the meeting, told The Portugal News that “Amorim presented the actions it has taken since 2021, without demonstrating many real results for the neighbouring population. The improvement works of last December and January have resulted in increased efficiency and production for the ICA, plus the filtering of black smoke.”

The ICA stated that they have started with acoustic insulation of some pipes, with technical support from a company contracted for this purpose. ACI is working with an engineering firm to design the equipment to filter the Suberin or white smoke from the vapour emission. The goal is to no longer have white smoke or smell, but only some steam coming out of the chimney.

The delay in resolving the identified anomalies has proved disappointing for the authorities and the plant's neighbours.

For this reason, Vice President Maxime Sousa Bispo has ordered the ICA to communicate the status and schedule of the RTO pre-filter installation design work and its completion deadline by the 30th of September. To assess the reduction of the factory’s working hours until the RTO pre-filter is installed ensuring that it is at least closed on Saturdays and Sundays. 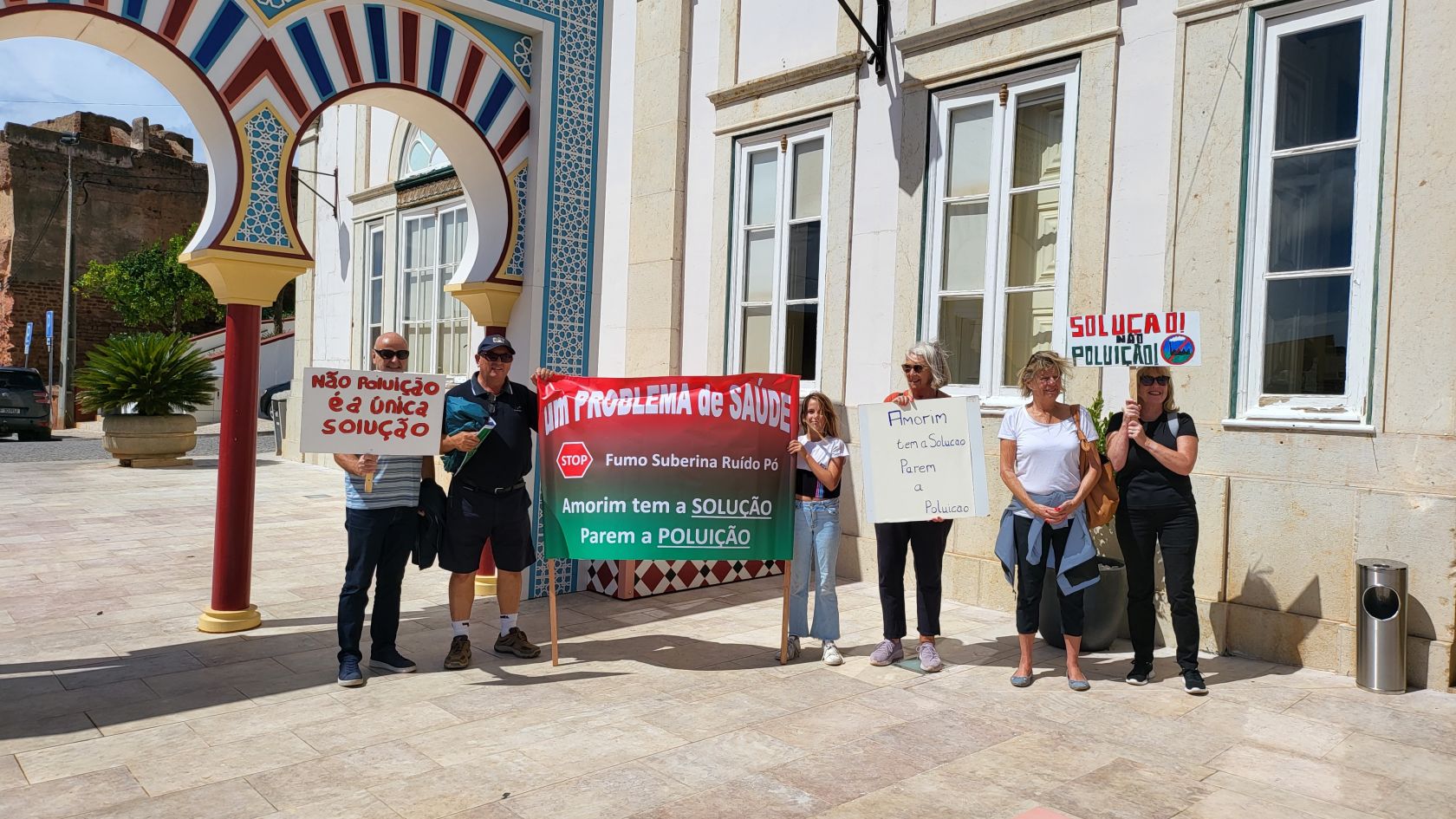 In addition to this, they must present an industrial licensing application for the alterations to be made to the manufacturing unit, with a view to resolving the anomalies identified, by 15 October 2022 which includes the installation of the RTO pre-filter, the reduction of operating noise and the storage in an appropriate and closed location of the residues.

“As well as to present a general plan of noise reduction, without prejudice to the normal course of the legal procedures already set in motion by the Municipality of Silves aimed at imposing the execution of soundproofing works on the equipment installed outside the manufacturing unit and finally to hold a new meeting to monitor and coordinate the works in November 2022, on a date to be scheduled in due course.”

When asked about the outcome of the meeting, Elaine Evans told The Portugal News that “This meeting as others before showed Amorim’s lack of respect as they had not done anything about the noise levels, which have been recorded to be above the stated levels and they have decided not to improve the filters until sometime next year. This has happened so many times before, putting the date forward yet again.”

For more information on The Neighbours of the Factory and to get involved please email PoluicaoSilves@gmail.com or visit their Facebook and Instagram @PoluicaoSilves. You can also find them on Twitter at @Poluicao_Silves. 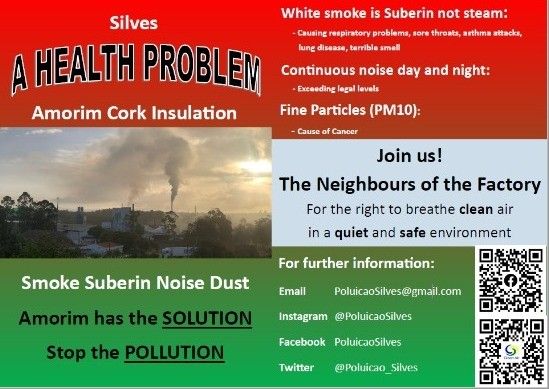 More members are need to attend protests when required, more complaints to the camara also. For more information write to the email above to the Silves protest team.

Portugal lithium mine given green light