Ford has given its Focus ST an update for 2022. But does it still drive as impressively as before? Jack Evans finds out.

The Focus ST has been an ever-present sight in Ford’s line-up for some time now. And though the popularity for crossovers has grown in recent years – we’re looking at you, Puma – there’s definitely still a place for the hot hatch. The Focus ST is just such a car, combining a very practical cabin and boot with a healthy dose of performance.

Recently updated with a new look and a fresh interior, this new ST could be the strongest offering yet. Let’s take a look.

As we’ve already touched upon, the bulk of the changes here resides around the way the ST looks and how it feels inside. Exterior-wise we’ve got some subtle edits to the location of the Ford badge, while the interior now gets Ford’s latest technology. The previous Focus ST’s cabin was starting to look its age, that’s for sure, so this comes as a welcome update.

Interestingly, this new Focus ST won’t be available in estate layout as its predecessor was. So for now, it’s just this hatchback version.

What’s under the bonnet?

As before, the Focus ST uses a punchy 2.5-litre turbocharged petrol engine. With 276bhp and 420Nm of torque, it’s got more than enough performance to hand, with Ford claiming 0-60mph in 5.5 seconds and a top speed of 155mph. With these figures, it’s definitely on the money against rivals like the Hyundai i30 N and Volkswagen Golf GTI.

Where economy is concerned, the ST does reasonably well. Fuel consumption figures of 36.2mpg combined are about where you’d expect, and the same goes for CO2 figures of between 180 and 189g/km. For slightly better efficiency, you could opt for the seven-speed automatic version as opposed to the six-speed manual that we’re testing here – though the economical advantage is slim. 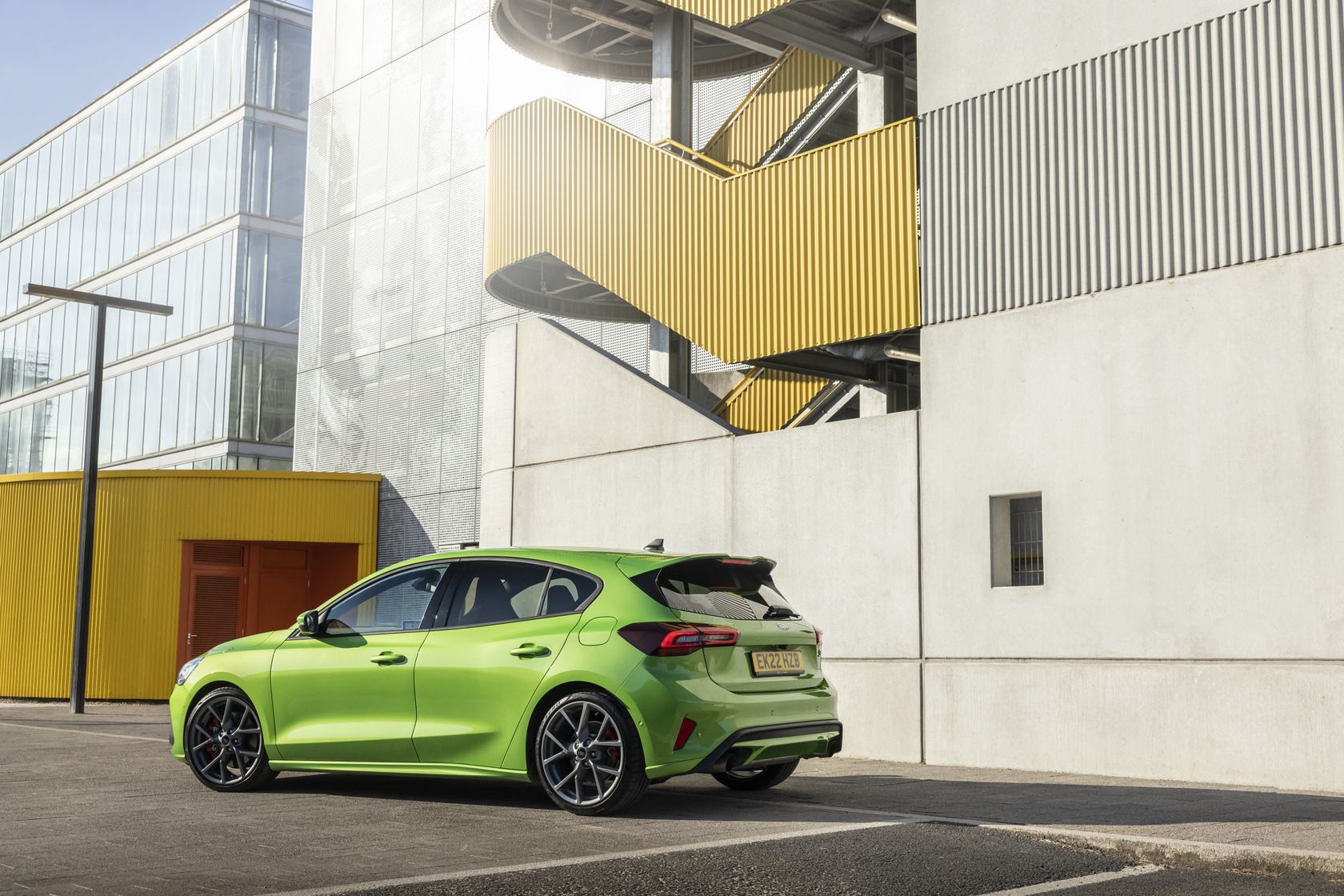 The Focus ST has always been about a characterful drive and this has been retained for the latest version. The engine has loads of punch and though the steering can feel a little rubbery at times, it’s super accurate. On occasions, the torque of the ST can foul the steering – pulling it one way or the other – but this does draw back to hot hatches of old.

Around town, it is firm, but this ebbs away into the background once you’ve gained a bit of speed. In fact, one of the most surprising areas that the ST shone through was on the motorway, where it’s pleasantly refined and quiet, too. It adds an extra dimension to this sporty Focus and means that longer journeys aren’t going to be accompanied by backache.

How does it look?

It’s been the mildest of design updates for the ST, but the areas that have been changed are quite noticeable. In line with the ‘regular’ Focus, the Ford badge on the nose of the ST has been moved to the centre of the grille. To our eyes, it looks a little lost – but then appearances are always down to the individual. 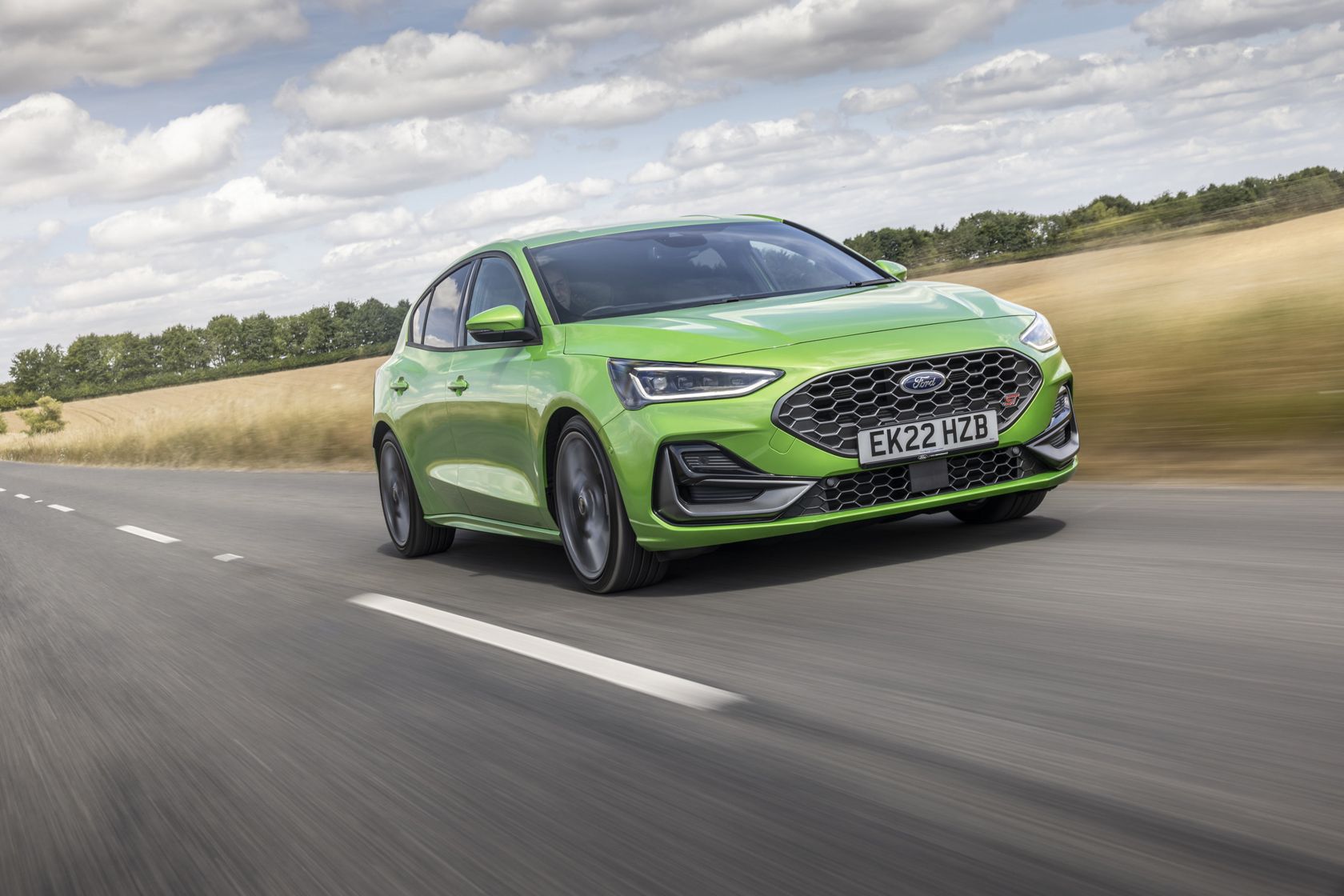 One key aspect of this go-faster Focus is how close it resembles the ST-Line cars. Now, of course, that specification has been designed to mimic the look and feel of the full-fat ST, but could it be that this waters down the appeal of this range-topping model? Perhaps. But it does help to downplay the Focus ST’s performance somewhat.

The cabin of the Focus ST is much the same as the one you’ll find in the standard car, with its variety of pockets and bins a real plus point in terms of practicality. The buttons on the multifunction steering wheel are pleasantly robust in their action, while the overall lack of dashboard buttons gives it all a clean, uncluttered appearance. 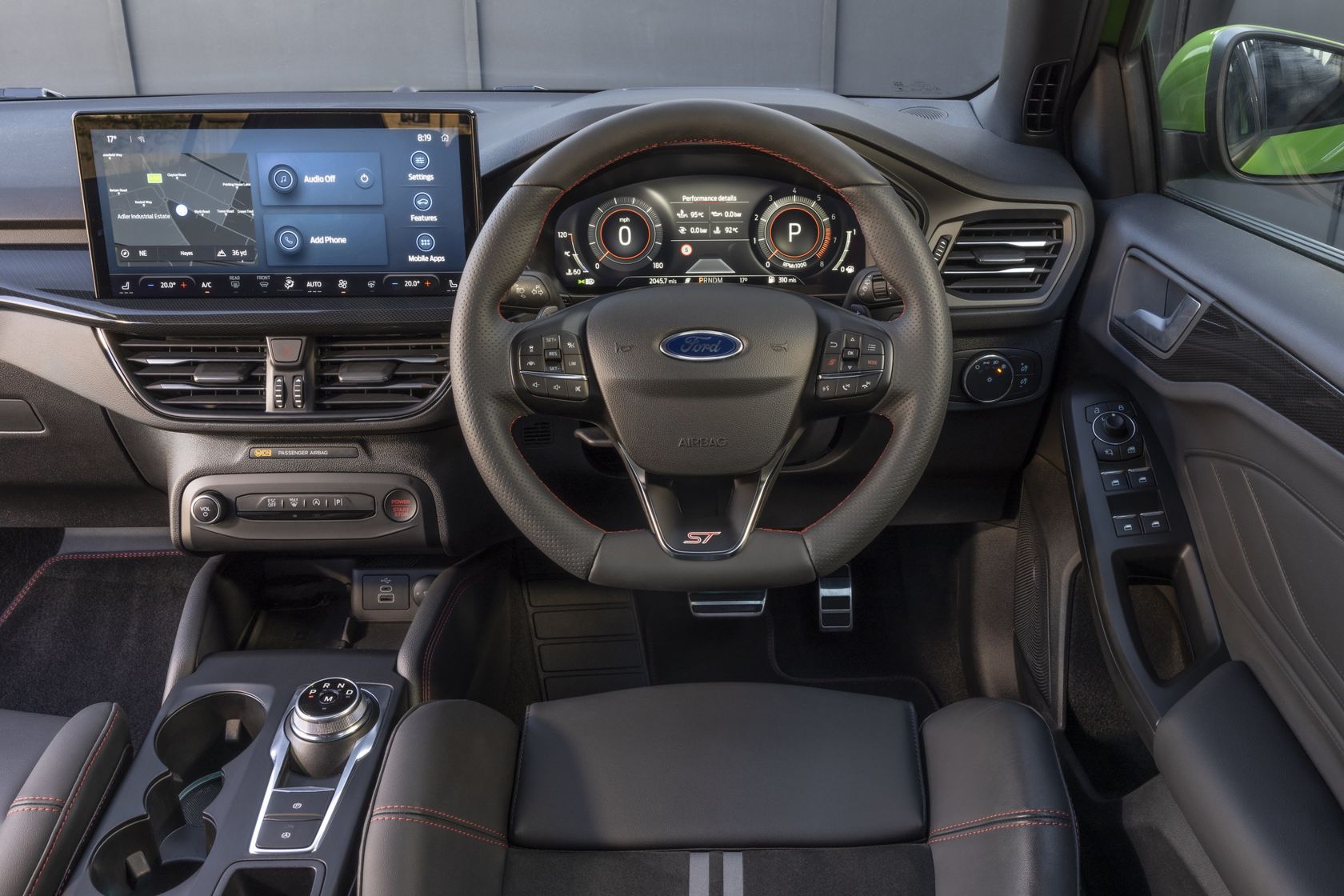 When it comes to boot space, the ST offers up 358 litres of load area, which is about the same as you’ll find in the Golf GTI but a little short of the 395-litre boot you’ll find in the Hyundai i30 N. You can, of course, lower the rear seats to increase the boot volume should you need to. 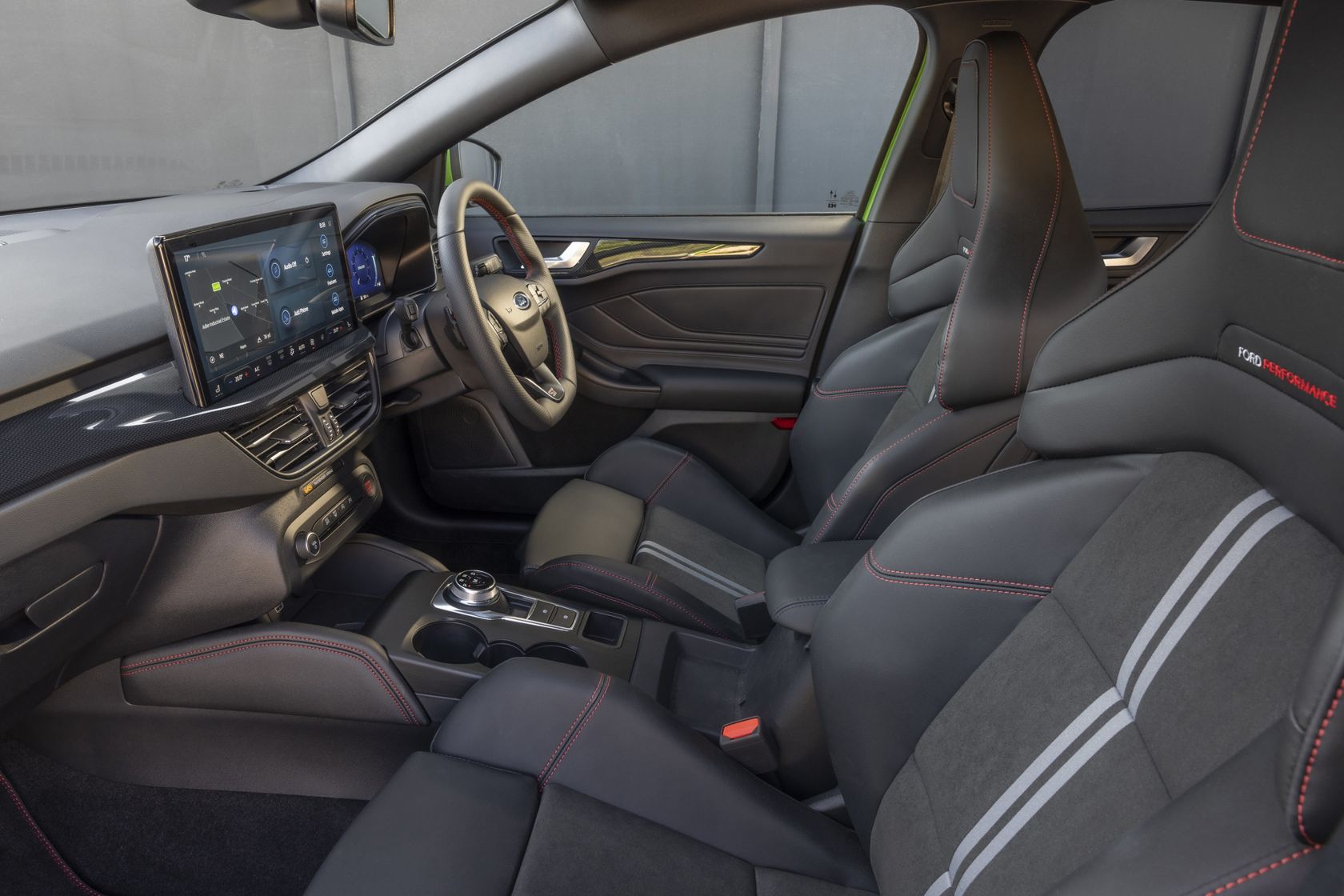 One of the biggest changes made to the technology that you get in the new Focus is its huge 13.2-inch landscape-orientated touchscreen display, which runs Ford’s latest Sync 4 system. ON the standard model you access all of the car’s main features, as well as more auxiliary systems like the heating and ventilation controls. They can prove a little fiddly to adjust on the move and, as we’ve found on most cars with this setup, would be better served by physical controls.

But Apple CarPlay works seamlessly and clearly, while the audio setup works well too. We had one minor glitch – where the system shut down mid-drive and rebooted before working as before – which did let it down somewhat. It was the only problem we encountered, mind you.

The revamped Focus ST feels the same but improved. It’s got that bristling-with-excitement driving style which characterised the ST when it first arrived, but it’s still got a grown-up side that can handle longer motorway journeys without protest. The tweaks that have been made only help to sweeten the deal, with the sharper design ensuring that the ST remains looking the part.

That big new screen is a really striking edit to the ST appeal and gives it a far more tech-focused feel. As a result, the ST feels more compelling than ever.