BMW’s new third-generation arrives with some major enhancements. Ted Welford tries it out in Munich.

SUVs dominate BMW’s line-up these days, with the numerically numbered ‘X’ models ranging from one to seven taking a vast proportion of the German firm’s sales.

Now BMW is turning its attention to its junior SUV – the X1. First arriving in 2009 as pretty much the only premium compact SUV, it now faces more competition than ever, with every rival marque now offering a model in this segment. BMW has thrown everything it’s got at this new third-generation car, but does it impress?

There’s very little that’s not new – starting with the design, which gets a far bolder and more upright stance than its predecessor. It’s grown in size too, meaning it offers more space inside, while the rest of the cabin has been overhauled with the addition of BMW’s latest in-car technology, known as the Curved Display and running its latest operating system. 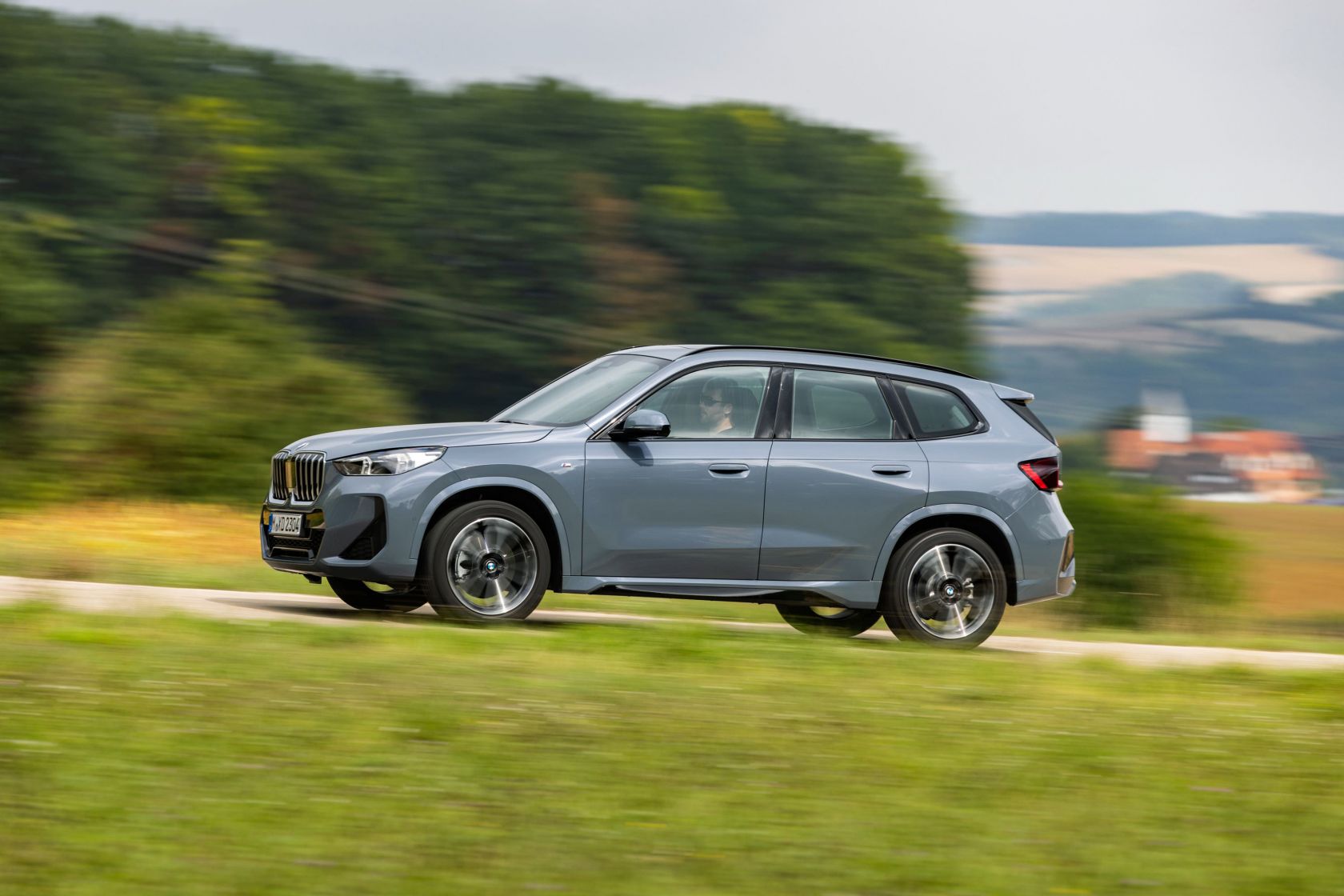 Though the previous X1 came with a plug-in hybrid later in life, there are two new PHEV models being introduced, offering a longer range, more power, and quicker charging. There’s also an all-electric iX1 – however, these models don’t arrive for a good few months yet so our focus here is on the regular petrol and diesel options.

Despite the addition of the new plug-in X1s, more than half of buyers will stick with a petrol or diesel model in the X1. Go for a diesel and there’s the choice of the 148bhp sDrive18d (the only front-wheel-drive X1) or the 211bhp xDrive23d.

But our test car is the xDrive23i. It’s a new unit for BMW – a mild-hybrid 2.0-litre turbocharged unit developing 215bhp and 360Nm of torque. As with all X1s, it uses a seven-speed dual-clutch automatic transmission, and can dispatch 0-60mph in 6.9 seconds and hit a top speed of 145mph. Thanks to its light hybrid element, it’s not bad on fuel either, with BMW claiming up to 43.5mpg and CO2 emissions between 146 and 162g/km. 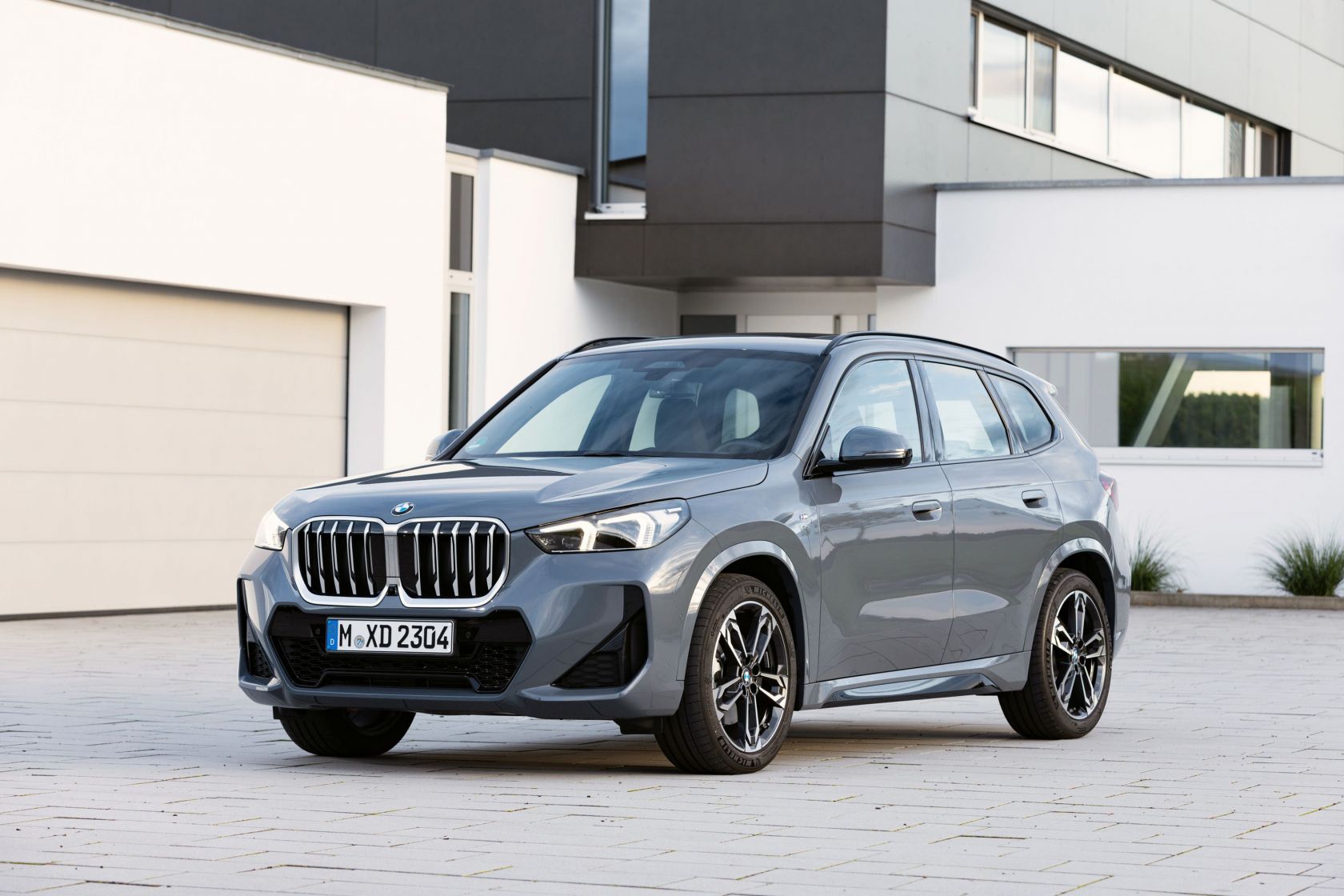 The X1 has always been one of the better-driving cars in its segment, and this latest model only builds on that. Our test car, in M Sport trim – getting adaptive M suspension and sports steering as a result – was excellent behind the wheel.

The steering has a smooth, linear feel to it and really inspires you to drive it more enthusiastically than you would many of its rivals. It clings on through the bends with minimal body roll too, and is a superb effort for a compact SUV.

This mild-hybrid petrol is a great option too, delivering plenty of punch, enhanced further with a cool ‘boost’ paddle on the side of the steering wheel, enriching the responsiveness. A mild gruffness to the engine on full chat and noticeable wind noise from the large door mirrors are our only small complaints. 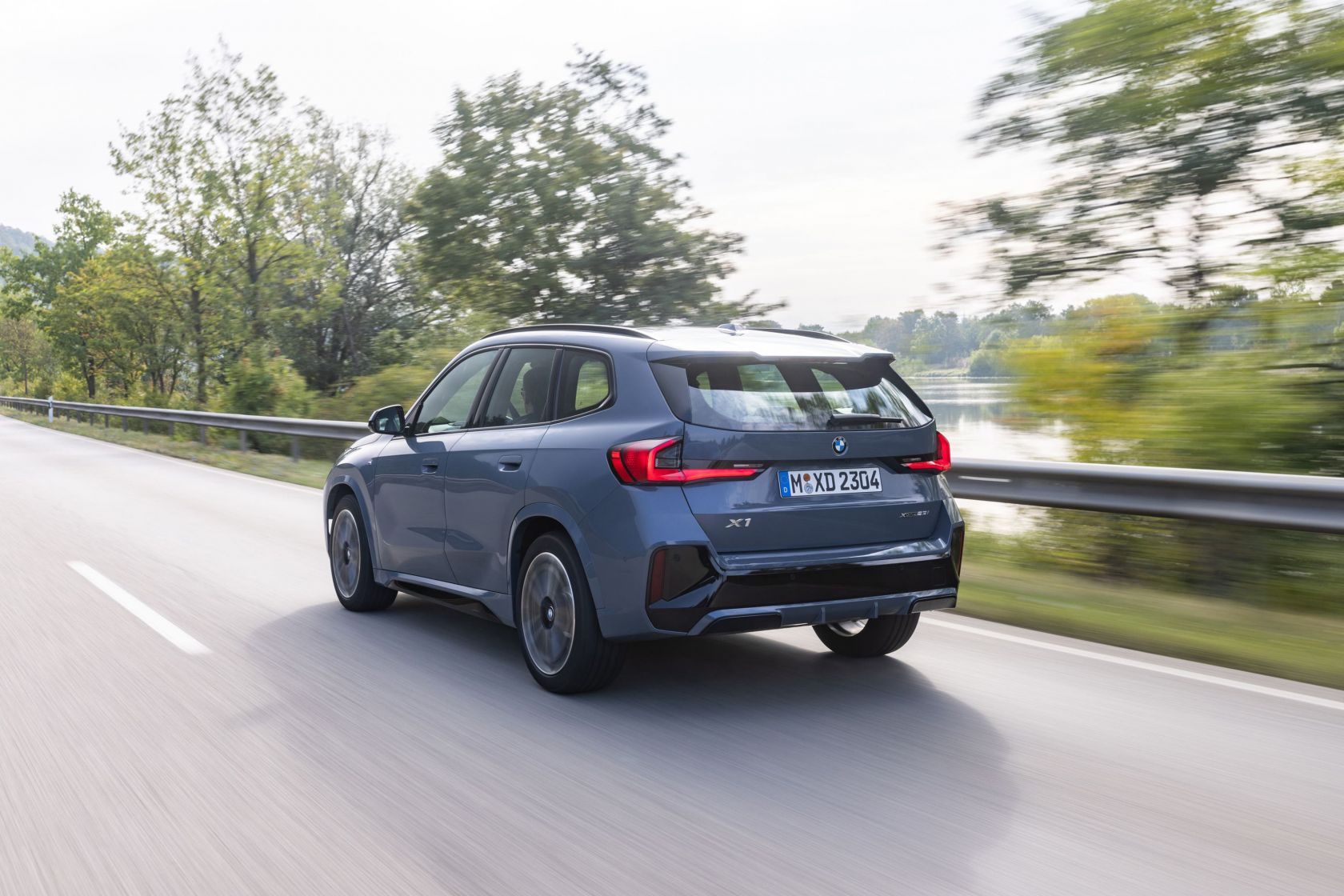 While the previous X1 was a pretty bland, if inoffensive, option, BMW has certainly given this latest model a much bolder design. Quite different to its predecessor, it gets a more upright stance, with BMW raising the front end to give it a chunkier look. The front nose, which appears to almost be leant over the bumper of the car, can look a bit odd in pictures, but is much more pleasant in person.

The increased dimensions and ‘raised’ look in general also make it look far more like a proper SUV, rather than a crossover like its predecessor, with the LED headlights (featuring a unique signature on higher-spec versions) means the X1 stands out a lot more than before.

Dominating the X1’s interior is the new BMW Curved Display. Coming with a 10.25-inch digital dial screen and 10.7-inch touchscreen, it’s helped to significantly modernise the cabin. Though some will be disappointed that the old iDrive rotary controller has been abandoned, the screen’s slick and isn’t distracting to use when on the move. The quality is generally superb too, with a raft of soft-touch materials and metal detailing coming together to create a cabin that feels more expensive than BMW’s junior SUV. Cheap-feeling indicator stalks and steering wheel buttons marginally let the side down. 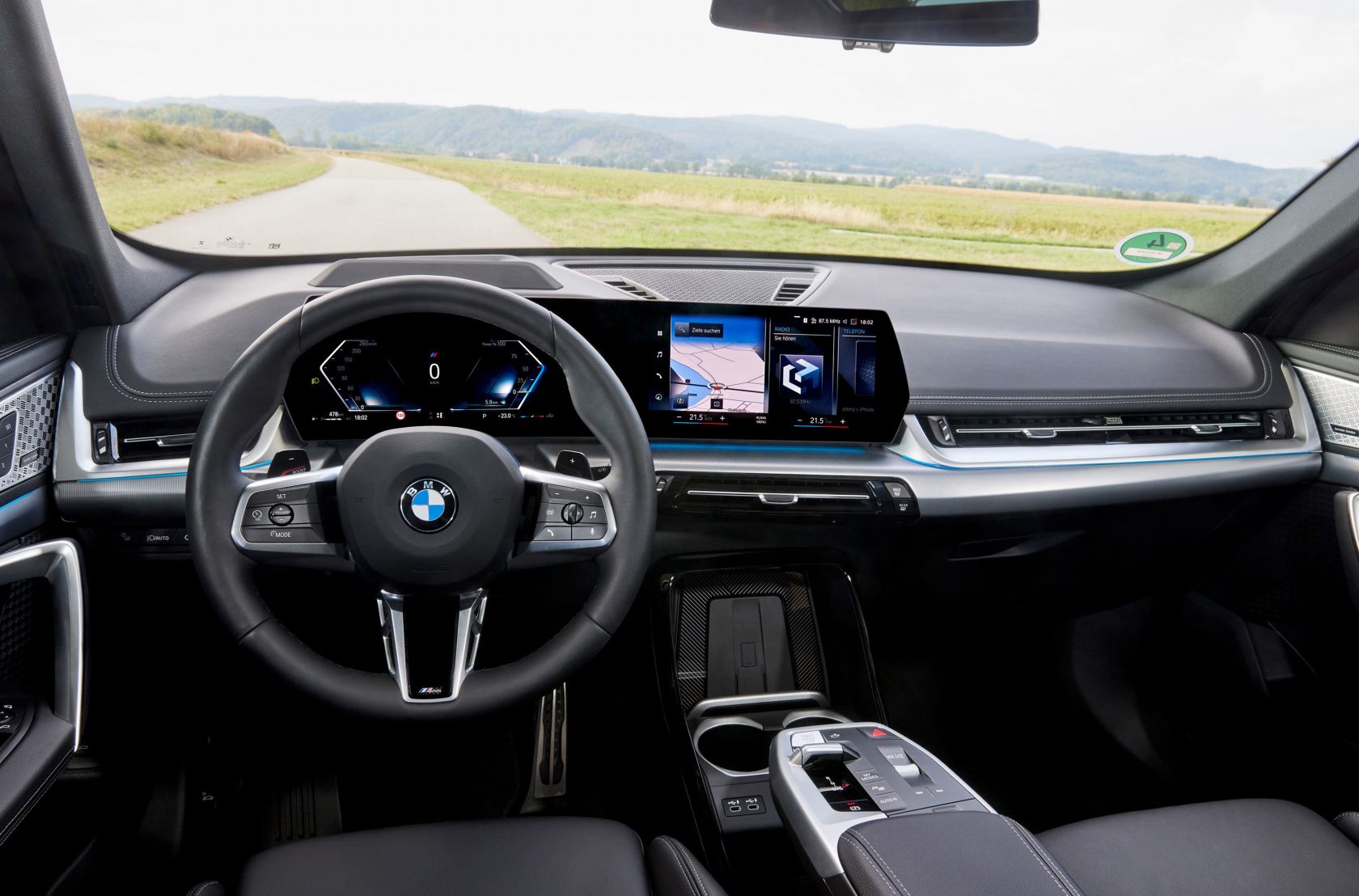 Where the X1 can’t be faulted, however, is interior space. The 540-litre boot is 50 litres larger than its predecessor, while there’s a generous amount of rear seat space even for adults, and with a panoramic sunroof fitted.

Three main trim levels are available on the X1 – Sport, xLine and M Sport. All get plenty of equipment, with the Sport featuring LED headlights, climate control, an electric boot and the impressive Curved Display we’ve already touched on. The xLine offers a more rugged look thanks to its aluminium exterior detailing and underbody protection, while also sitting on 18-inch alloy wheels. The M Sport then adopts a sportier look, getting a more aggressive bodykit, larger 19-inch alloy wheels and adaptive suspension.

BMW has given the X1 a drastic overhaul and the result is impressive. It offers one of the best driving experiences of any car in its class, while also superb in-car technology and plenty of interior space to go with it. There are slight quality issues, and there’s no ignoring the X1’s high price, but nevertheless, this could be the new compact SUV benchmark when it touches down in the UK later this year.

Sounds good, but why not come out with the hybrid first?
Price??

The Saint Andrew’s Ball Is Over – Burns Supper Next