HomeLifestyleNew books to read this week

This week’s bookcase includes reviews of Best Of Friends by Kamila Shamsie and A Sliver Of Darkness by C. J. Tudor.

1. A Sliver Of Darkness by C. J. Tudor is published by Michael Joseph

This is C. J. Tudor’s first short story collection. For those not familiar with her work, she has been dubbed Britain’s Stephen King and set the literary horror world alight in 2018 with her debut novel The Chalk Man. Here, we have 11 tales that are not all of the spine-tingling variety, but definitely tread familiar King territory. Tudor has a very clean way of writing that at times feels almost YA. Each story has a satisfying conclusion and a bit of a twist — and there’s a personal introduction from the author to each, which is a nice touch. Final Course and Butterfly Island stand out, both leaving you wanting more, in a positive way. It’s worth mentioning that some of these stories are set against the backdrop of an apocalypse — which, given recent events, makes the terror feel all the more real. 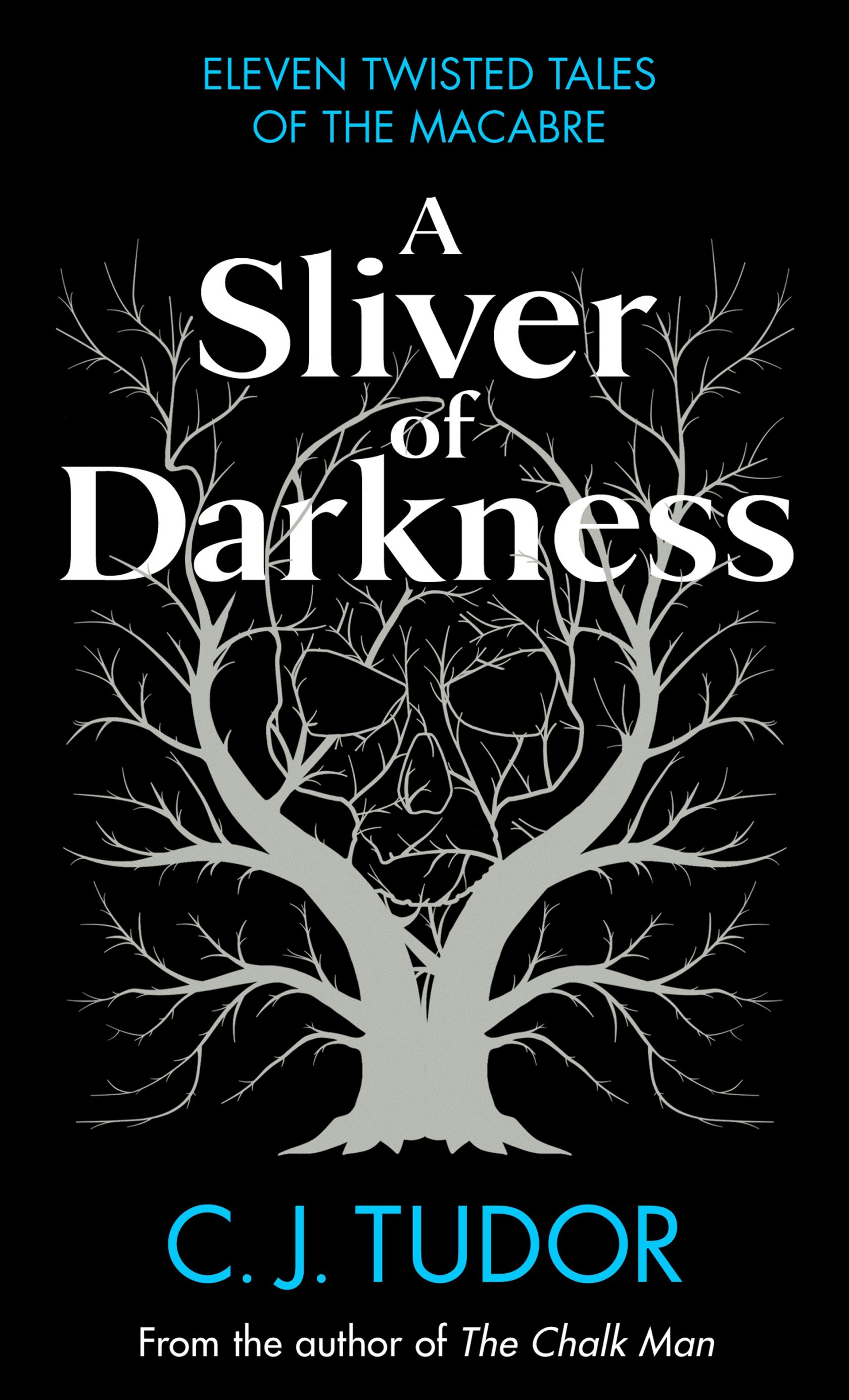 2. Suspect by Scott Turow is published in hardback by Swift Press

There is a sex scandal brewing in American lawyer and writer Scott Turow’s fictional Kindle County. Eccentric private investigator Pinky has been called in to help a female police chief out of a potentially career-ending legal wrangle. The chief is accused of soliciting sex from three male officers in exchange for a promotion up the police ranks. Amid the tangle of lies and devastating courtroom disclosures, all is not what it appears to be as a dark malign force lurks behind the scenes. Billed as a thriller with a modern twist, Suspect treads a fine line between authenticity and – for UK readers at least – the risk of getting bogged down in US legal procedure. The book’s greatest strength is Pinky, the likeably weird misfit, and her single-minded desire to unravel the truth, driving the plot through to its conclusion. 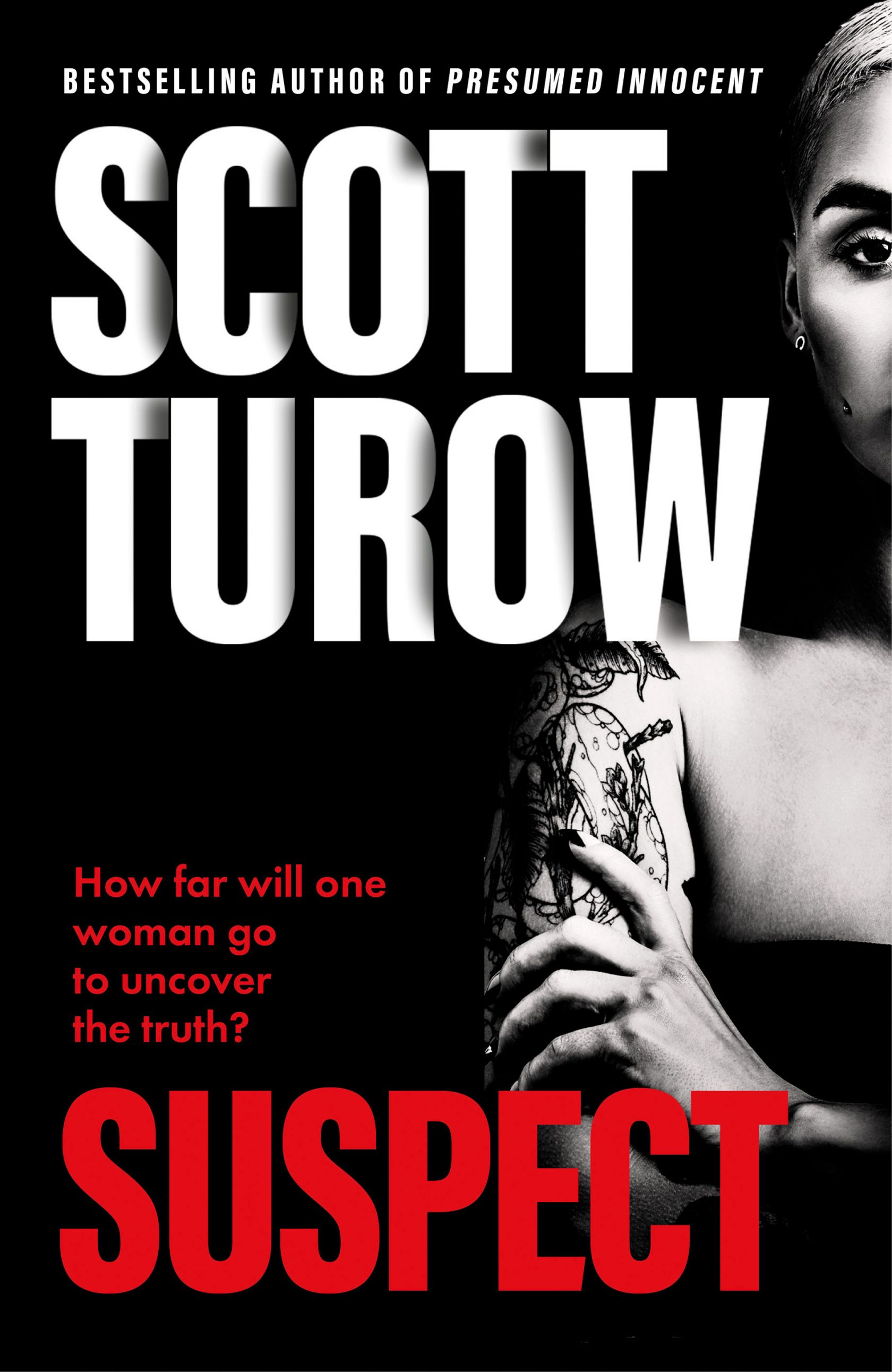 3. Best Of Friends by Kamila Shamsie is published in hardback by Bloomsbury Circus

Kamila Shamsie examines the complexities of a decades-long friendship in a novel of two contrasting halves. We first meet 14-year-olds Zahra – the bookish, sensitive daughter of a cricket journalist – and Maryam – the wilful, spoilt heiress to a leather goods business – in 1988 dictator-ruled Pakistan. The intimacy of their bond is thoughtfully drawn amid coming-of-age anxieties about bodies, boys and the injustices of womanhood. Their relationship plays out on a vividly portrayed backdrop of Karachi society and politics. The book’s somewhat less convincing second half jumps forward to London in 2019, where Zahra, now leading a civil liberties group, and Maryam, a tech venture capitalist, mingle with the social elite and find their connection tested by diverging ethics and motivations. Here, timely political themes of inequity, accountability and power feel less fluently handled, with the novel being at its moving best when Shamsie explores how friendship evolves and endures. 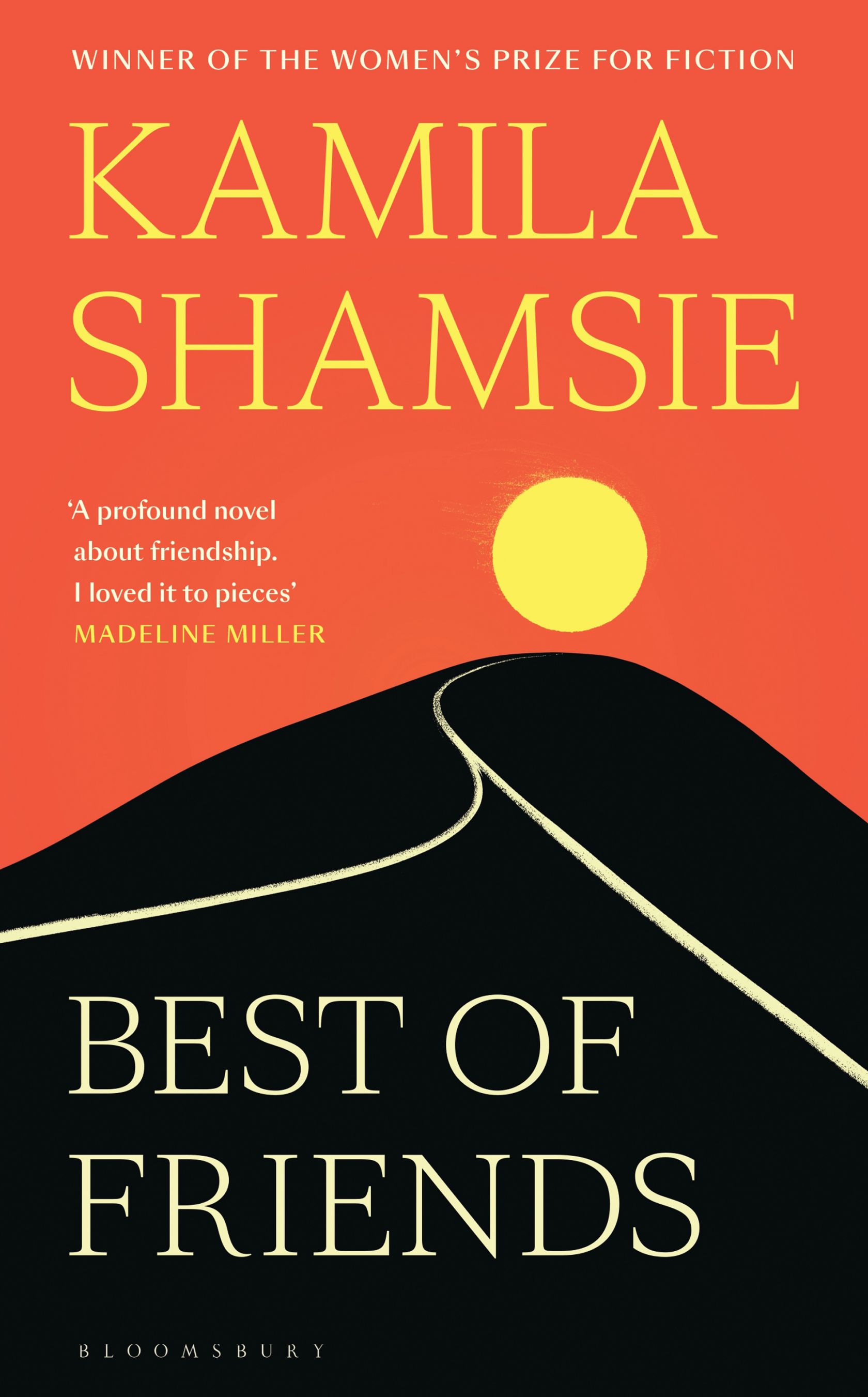 4. Faith, Hope And Carnage by Nick Cave and Sean O’Hagan is published in hardback by Canongate Books

For the last five years, Nick Cave has largely avoided interviews. Instead, the 65-year-old Australian musician and writer, long based in Brighton, has connected directly with his fans through The Red Hand Files, his website, answering their questions at semi-regular intervals. This is in part what makes Faith, Hope And Carnage – a collection of conversations between Cave and journalist Sean O’Hagan – such a fascinating read. They go deeper, addressing his creative process and how it has become more abstract, less literal, since 2013’s Push The Sky Away, how he responded to the enforced self-reflection of lockdown, and the manner in which he has coped with the tragic deaths of two sons in recent years. Trauma hangs heavy over these conversations, but there is also a lightness and humour that comes from the chemistry between interviewer and interviewee. O’Hagan is skilled at drilling down to discover the most interesting conversational nubs, but it is Cave’s words that are the star of the show. The man talks like he is writing poetry and the manner in which he describes making music is sure to delight both fans and casual listeners. 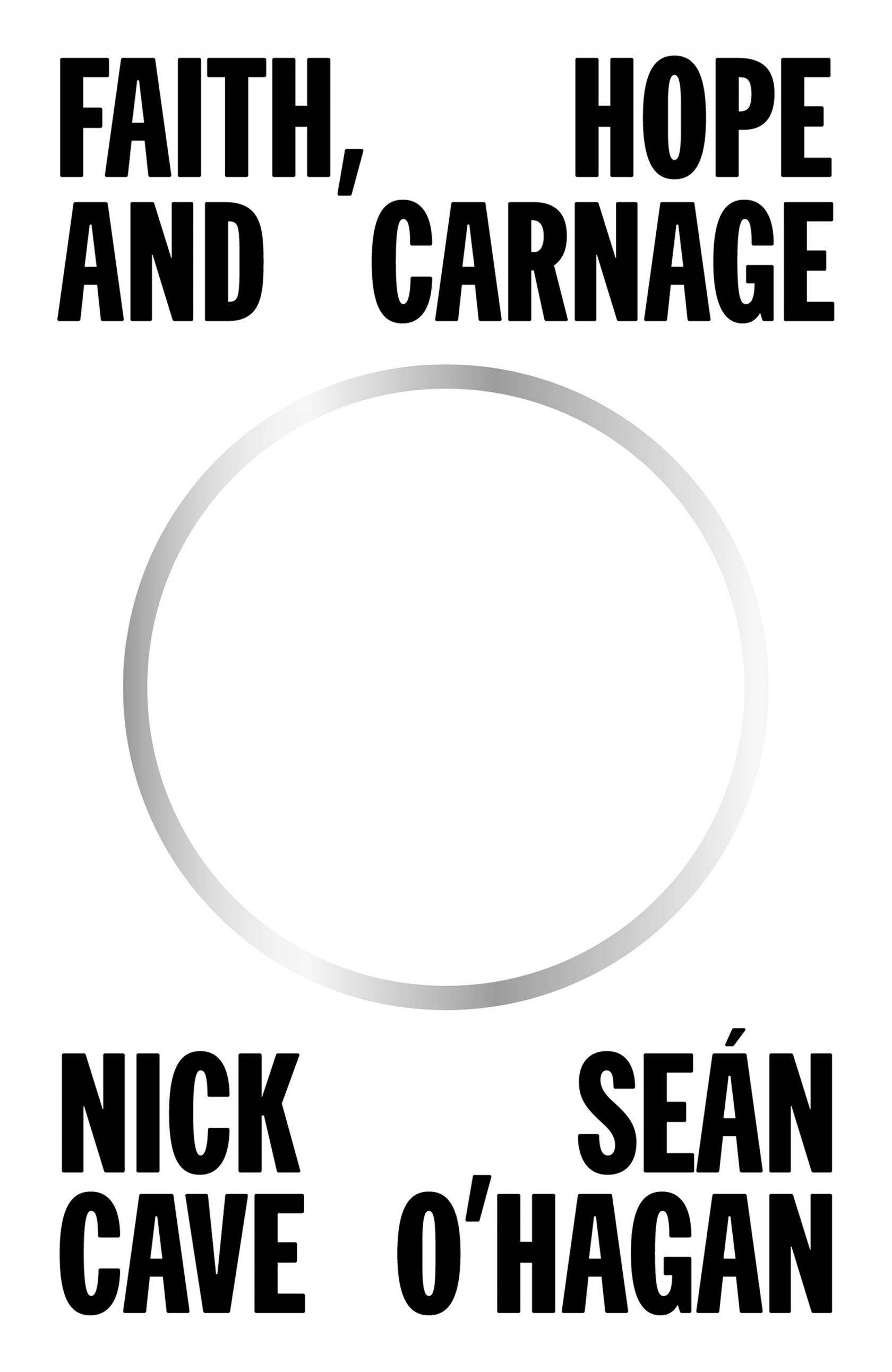 Children’s book of the week

5. Meanwhile Back On Earth by Oliver Jeffers is published in hardback by HarperCollins Children’s Books

Northern Irish artist and writer Oliver Jeffers MBE presents his latest picture book for children, the lusciously illustrated tale of a father travelling with his bickering sons in the back of the car. Jeffers is best known for his works How To Catch A Star and Lost And Found – which was adapted for the small screen in 2008 – and Meanwhile Back On Earth does not disappoint, following its predecessors in offbeat storytelling, vibrant imagery and moral messages which pull at the heart. Dad attempts to quell the squabbles of his disagreeing children by journeying around the universe and presenting them tales of nature and history, teaching them that what connects us is greater than that which divides us. Jeffers’ work is a moving masterpiece, with such beautifully rich illustrations it feels a shame to place this book on a shelf – it deserves pride of place on any coffee table. 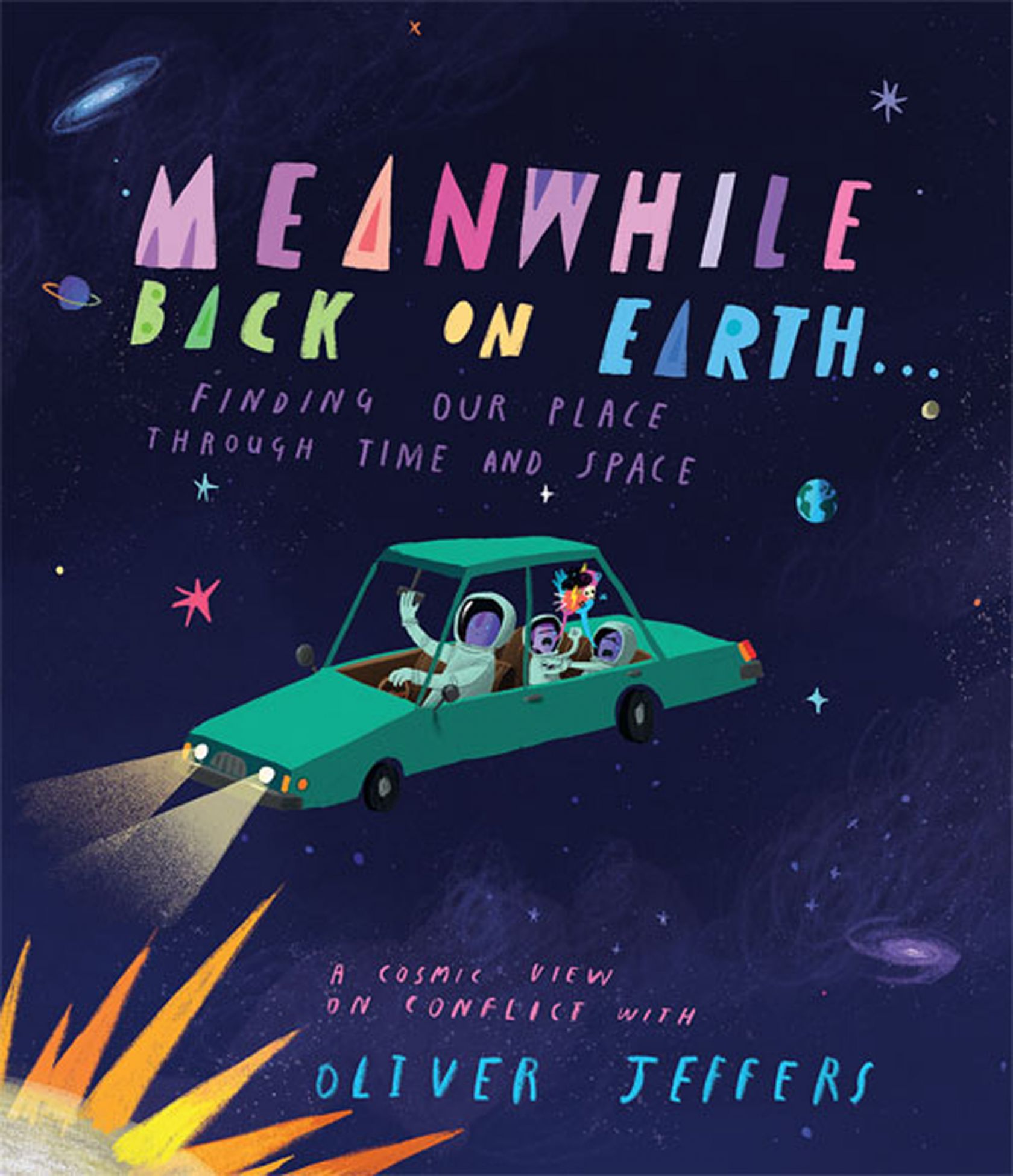 Golden visa homes still being bought in Lisbon and Porto