The investigation into Unidentified Aerial Phenomena, known more commonly as UFOs, is going mainstream. Historically, 95 percent of cases are mundane objects; it takes patience and persistence to locate the genuinely anomalous 5 percent.

I've learned a lesson each week since my unplanned career change 18 months ago into UFO investigation. It wasn't even on my radar, to be honest. But this past week was a busy one for this UFO investigator.

First, "Unexplainable lights in the sky" splashed across headlines and major news channels.

Several commercial airline pilots reported strange lights moving in a racetrack pattern at the bottom of the Big Dipper. The Daily Mail also picked this story up.

I was elated to see experienced civilian pilots sharing their stories finally. "Why don't we see more reports from civilian pilots?" I thought when I read the reports.

"Witnesses tell DailyMail.com they are now being told by their employers to keep quiet about the sightings."

That would explain it. The stigma is still an issue.

Commercial airlines don't adhere to the age-old saying that "any publicity is good publicity" and are actively trying to silence the pilots.

For many decades Pilots were pressured, on purpose or through transparent self-policing, not to report incidents. The National Aviation Reporting Center on Anomalous Phenomena (https://www.narcap.org) is the one tool I've found for pilots to report these events.

Debunker Mick West highlighted on his YouTube Channel that it is most likely the sun flaring off Starlink satellites.

There are over 2,300 Starlink satellites in low earth orbit, with another 10,000 planned! Elon Musk's Starlink effort is orders of magnitude larger than previous networks, so we expect more improper identifications. With so many satellites orbiting the earth, optical illusions abound. I receive videos daily from interested people around the world of lights that I believe are part of this network. The pilots noted these lights as an anomaly because they hadn't seen them before in tens of thousands of flight hours. The simple explanation is those lights didn't exist previously.

In the past, we would not have learned what these lights could be. There was no open-source online investigation. The past investigators did their analysis behind closed doors, where groupthink and bias quickly corrupted the solutions. Past investigators didn't have millions of interested people's immediate and unforgiving feedback.

Now, the world wide web has both sides of the bias aisle weighing in.

It is tough to be wrong and to devote so much energy and ego to a solution, but it is required to reach the truth. I have personally had to take down videos that Mick West debunked after I posted them.

This real-time group analysis is a fantastic tool for progress!

From my perspective, if you aren't wrong once in a while, you aren't pushing hard enough. Of course, you can sit back and not publish anything, and you can keep your fantastic story to yourself and live comfortably in your beliefs. It will be quiet and peaceful without other people pointing out your mistakes. But then, we won't get to the solution the fastest.

The question is essential and needs to be kept in the back of all our minds. The truth is the most critical part, and the ego is a roadblock.

The Debunkers are correct on one central point. Most reported sightings and events will have a mundane explanation. According to Ministry of Defence UFO Desk Rep Nick Pope, 95 percent of the UK ministry's reports were ordinary. But you have to investigate these claims to rule them out, and we still have to go through all the cases to find that genuinely anomalous 5 percent. 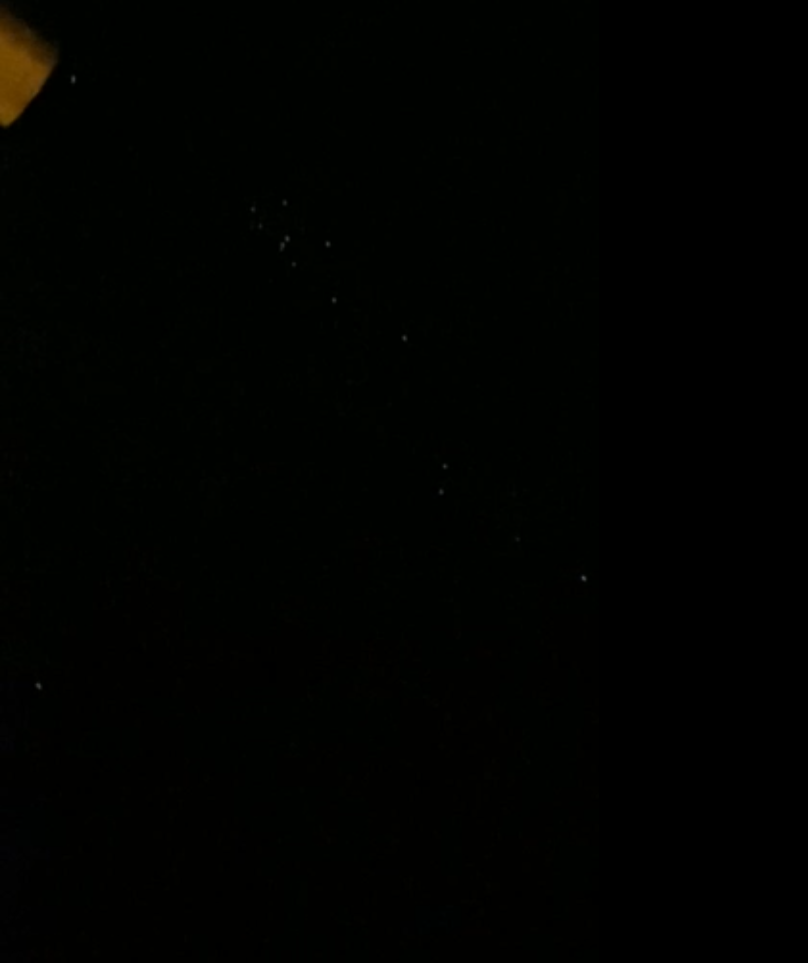 The second case I had last week was from Maria, a local reader of The Portugal News. She and her husband took a quality video of an exciting light show near the city of Guia. I had not seen a video like it, to be honest. The sky was sparkling with lights flashing at different rates. Nothing moved quickly, but I could not identify it. The first step in the investigation is to determine any possible mundane explanations. Based on the location of the capture, were there any local events that could have caused this event? Did anyone else see it? More video?

Maria had already put in a request to the local astronomy observatory. It turns out they launched an LED Balloon light show that night.

I had never heard of such an event until now.

The third and more thrilling skywatching event last week was the capture by John Parsons of a meteor impacting near The Algarve! I wrote about John Parsons' meteor capture system last year in The Portugal News. Our plan at UAP Society is to use Meteor Detecting and tracking systems to search for unidentified aerial phenomena in the sky 24/7 while detecting and recovering meteorites. Meteorites present a fantastic opportunity for science. And since science is valuable, meteorites are profitable as well. If something earns money, it will continue, evidenced by terrible and destructive industrial practices.

I helped John slightly by building an estimated wind model but missed the immediate departure of the retrieval team. Unfortunately, John and associates made the trip and did not recover any fragments. But this was the first attempt. With more systems hopefully coming online, the next trip will be more accurate.

UFO hunting is a marathon, not a sprint. The Debunkers provide an essential service and discounting their solutions would be a gross error. On the contrary, we should reward them for identifying 95% of cases. But, in the same vein, writing off these events as a waste of time and resources is also a mistake. I contacted two of the pilots and both are interested in the Aviation Safety aspect of the case. I hope they continue to share sightings. We will investigate those as well.

The public must keep this 95 percent number in mind. The most exciting part of investigating unidentified phenomena is learning. Every investigation teaches a little more about our environment and the world. We are methodically dialling into the extraordinary cases, such as the Nimitz or Aguadilla, and learning along the way. The Debunkers argue that 100 percent of the cases are explainable by mundane events; I beg to differ.

Thanks to Maria for writing in and doing the investigation!

Do you have a video of something unexplainable? We love to hear from you at The Portugal News! Or go to my YouTube channel "Lehto Files" to see more videos on this topic.

Where is the UFO Evidence? 14 Notable Cases

"The Phenomenon appears to be REAL" – UAPx