Going up is harder than going down, which can also be dangerous if you lose your balance! Portugal has many incredible staircases, filled with history and a lot to see.

Anyone who knows Coimbra knows that walking the ups and downs is a reality on a daily basis, either way, it is mandatory to climb the steps of the Monumental Stairs. There are a total of 125 steps that lead people to the Alta Universitária. Everyday hundreds of people, mainly students, go up and down the stairs that lead them to Pólo I of the University of Coimbra, or their homes.

They were built in the Estado Novo, and their construction was completed in 1969. The imposing staircase has greater wear on the sides of the steps, which is where it is usually walked on, leaving the central area almost intact, and easier to walk along.

Since the Academic Crisis of 1969, the Monumental Stairs have been the favourite place for students to enjoy their interests. Sometimes there are manifestations or drawings, made in chalk, which can be seen on the stairs with demanding phrases. 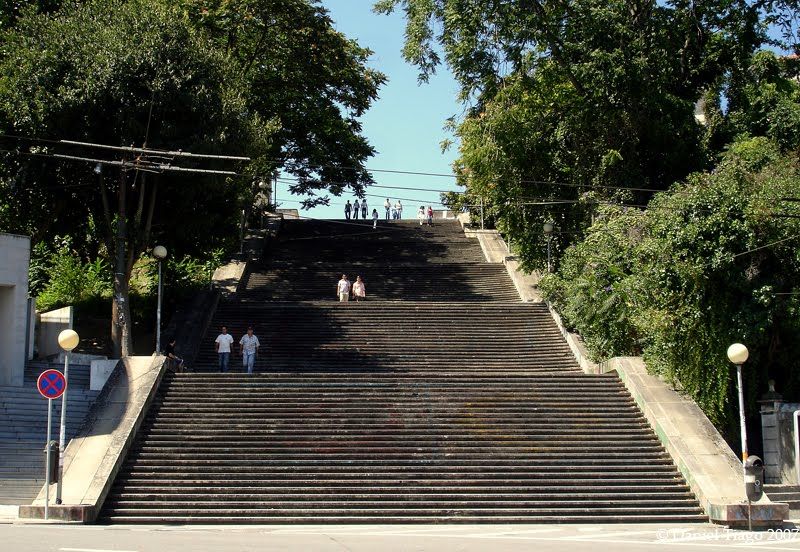 In Coimbra, there are also find other staircases, such as those of Minerva and Via Latina, at the Faculty of Law of the University of Coimbra, and also the Quebra-Costas and the Escadas do Quinchorro, in downtown Coimbra, not to mention all the small steps around the city.

Located in one of the most typical districts of Lisbon, Escadinhas de São Miguel is undoubtedly a steppingstone to taking a stroll in Alfama. Located between Calçadinha, Beco and Rua de São Miguel, they are usually the scene of nightlife, during the summer, or even at other times.

Going down the stairs, you can see small houses, inhabited or recently renovated for tourism, which perpetuate the identity of this place, which was the location of many scenes in the Portuguese soap opera Amor Maior.

In addition to the houses, when going down or up the stairs, you can find Portuguese food restaurants, as well as Fado houses. 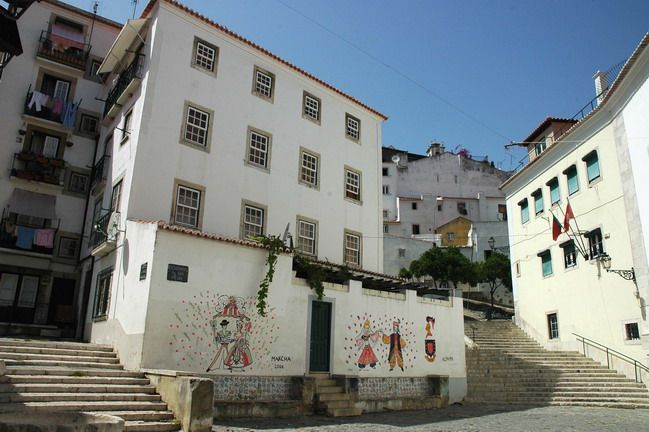 There are more than 400 steps that connect the Sé to Ribeira, in Porto, which promises to reveal the past of the Invicta city, in a descent or ascent, which will always be memorable. It is considered by many to be one of the most emblematic places in Porto, with several secret places, where you can experience some of the histories of Porto.

There are no official records with the origin of the name of the Escadas do Codeçal, but it is estimated that they were built in Medieval times. On the stairs there was the Recolhimento do Ferro, from sometime in the 18th century, where, in a religious environment, abandoned women and prostitutes were sheltered. The building was abandoned after the French Invasions and Portuguese Civil War in the 19th century. 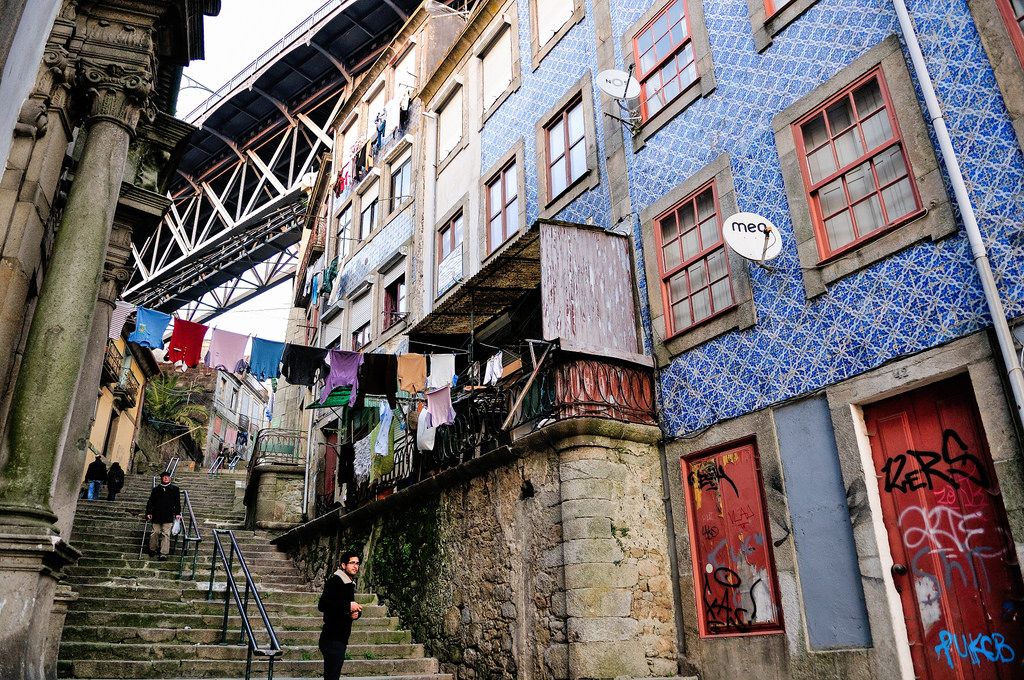 Stairs of the Sanctuary of Nossa Senhora dos Remédios, Lamego

In the Douro region, in the north of Portugal, is located the Sanctuary of Nossa Senhora dos Remédios, a work similar to the church of Bom Jesus do Monte, in Braga.

To get to the sanctuary itself, you have to climb 686 steps, which is located at a very high place. The first chapel built, in 1361, was dedicated to Saint Stephen. In 1568 it was demolished and gave way to a temple of worship for the Virgin Mary and Jesus. Over time, devotion to Mary grew, and the faithful asked for help to cure illnesses, hence the shrine being dedicated to Nossa Senhora dos Remédios.

The staircase is divided into nine flights, built in Rococo style, with special emphasis on the “Courtyard of the Kings”, with images of 18 kings of Israel. In the centre, there is also the Fonte dos Gigantes, with an obelisk 15 metres high.

Portugal has many more stairs, which would make the article infinite, whether further south or even on the islands, anyone who wants to make use of their legs can try going up or down the various stairs that exist in Portugal and take in a slice of history and culture at the same time.

The Fairy-tale village of Monsanto

Why this mysterious corner of Kenya has magical appeal