HomePortugalWalking on water in Portugal

Bridges, which are usually built-in places with stretches of water, are not only helpful crossings, but they can also provide unparalleled architectural beauty.

In this article, The Portugal News lists some bridges where you can take a walk while crossing beautiful landscapes.

Crossing the Mondego River, in Coimbra, the Pedro e Inês bridge celebrates Portugal's most dramatic love story in a path that can only be done on foot or by bicycle. Between the Santa Clara and Rainha Santa Isabel bridges, the Pedro e Inês bridge earns points for its colourful architecture, made of laminated glass. With more than 270 metres in length, the bridge was inaugurated in 2007 during the rehabilitation of Parque Verde. 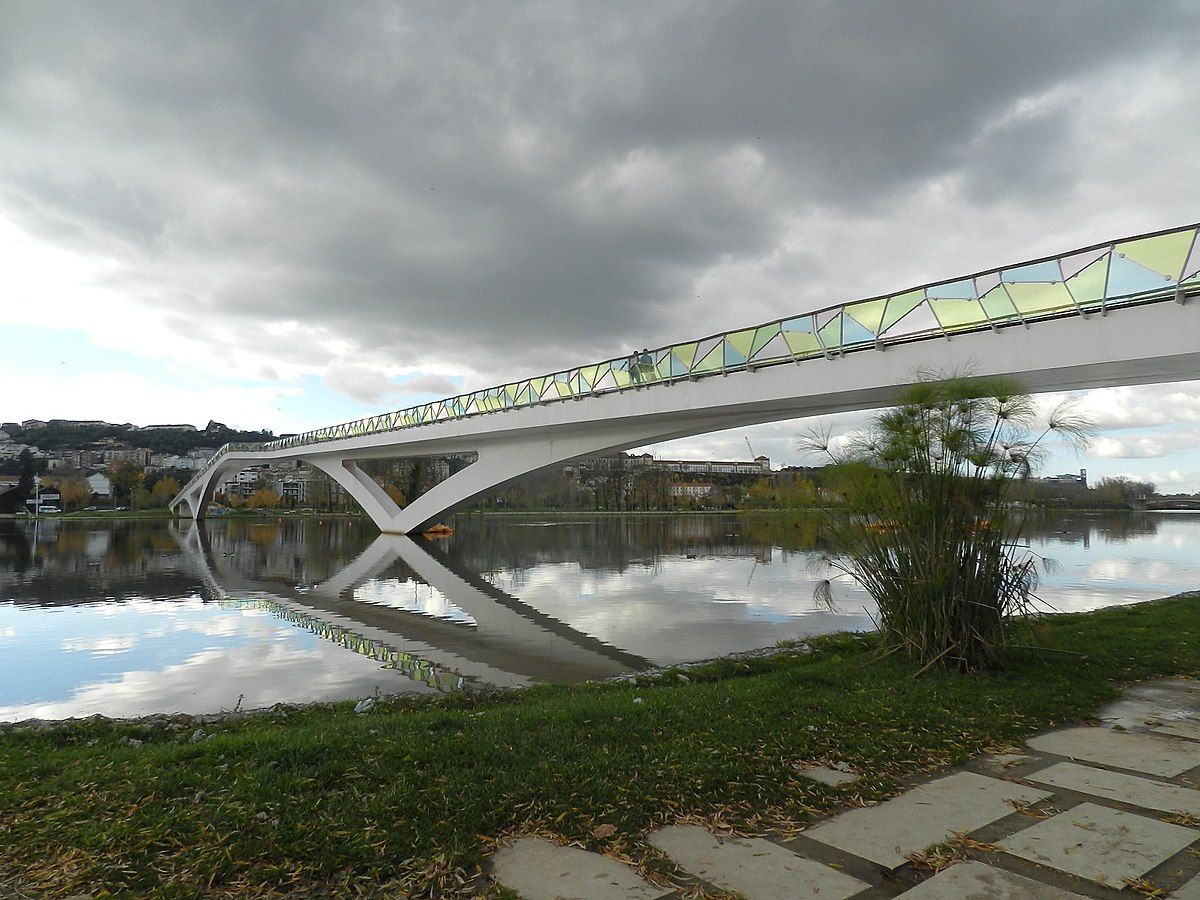 Also known as the Roman bridge (Ponte Romana), it was built sometime between the 1st and 2nd centuries. The bridge has already withstood several centuries of history and even natural catastrophes such as floods or strong currents of the Tâmega River and remains intact. The bridge is like the entrance hall to the city centre of Trás-os-Montes, where, until 2008, traffic was allowed on the bridge, which was about 150 metres long. In 2020, a referendum was held for the population of Chaves, on the return of traffic to the bridge. The population decided that the bridge should remain only pedestrian, thus allowing peaceful walks along the river.

This bridge also crosses the River Tâmega, but it does not date from Roman times, although it is speculated that there was once a Roman bridge that collapsed on the site. The bridge, in 1250, was rebuilt by Beato Gonçalo de Amarante, with resources obtained from alms, however, in the 18th century, it collapsed due to floods in the river. In 1791 the last reconstruction was completed, and it was opened to traffic. During the French Invasions, and for 14 days, it was the scene of one of the most important battles against the troops of Napoleon Bonaparte, in the battle for the defence of the Amarante Bridge. 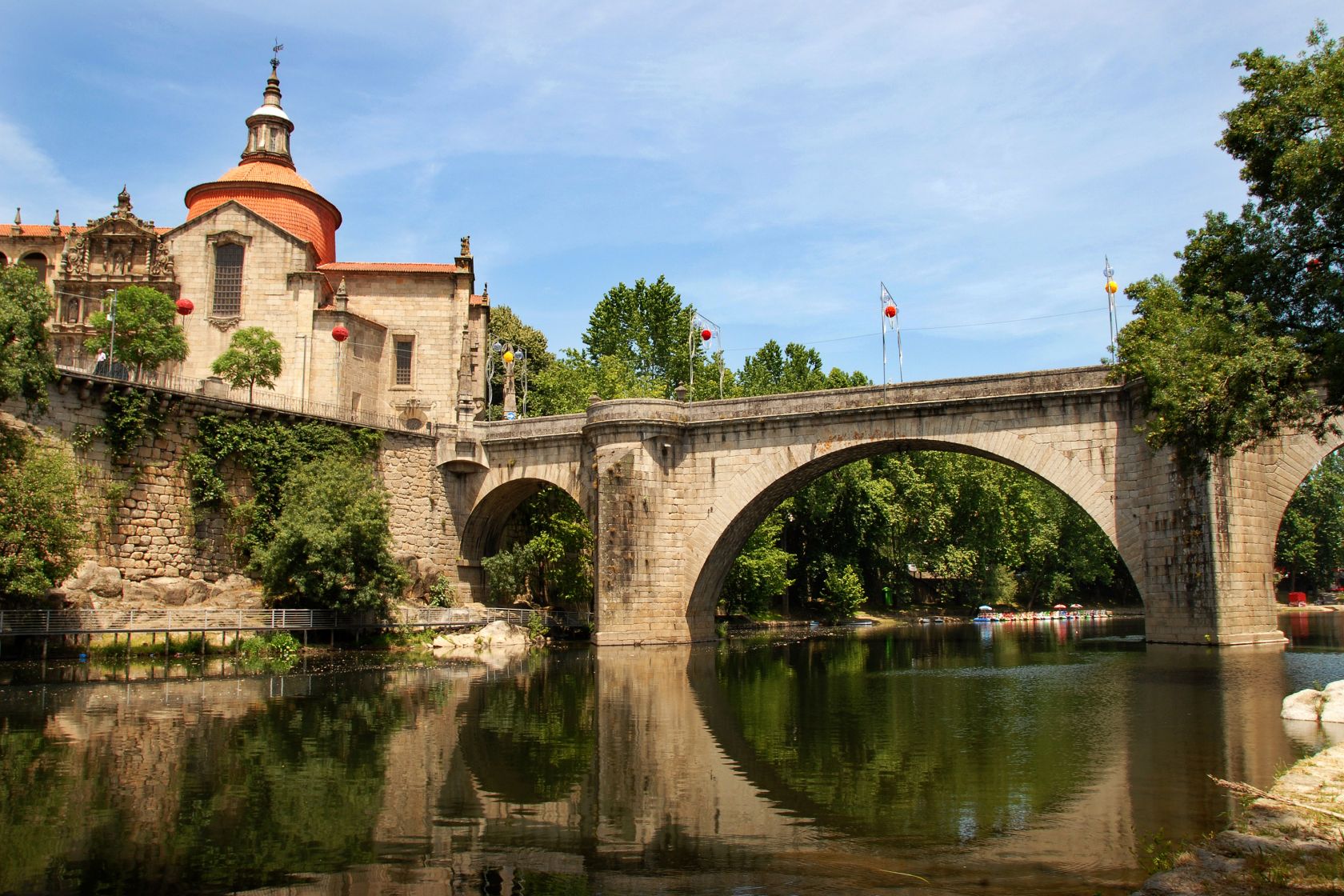 By the Vouga River, on Estrada Nacional 16, there is a bridge that was once used by the Vouguinha train, which connected Espinho to Viseu. The bridge was built between 1912 and 1913 and is considered the tallest masonry bridge in Portugal. On 1 January 1990, the rail link was closed, but the site was not abandoned. The bridge, which before numerous forest fires, was flanked by vast vegetation, is now a bike path, where cyclists can enjoy the views from the bridge in Sever do Vouga, in the district of Aveiro. 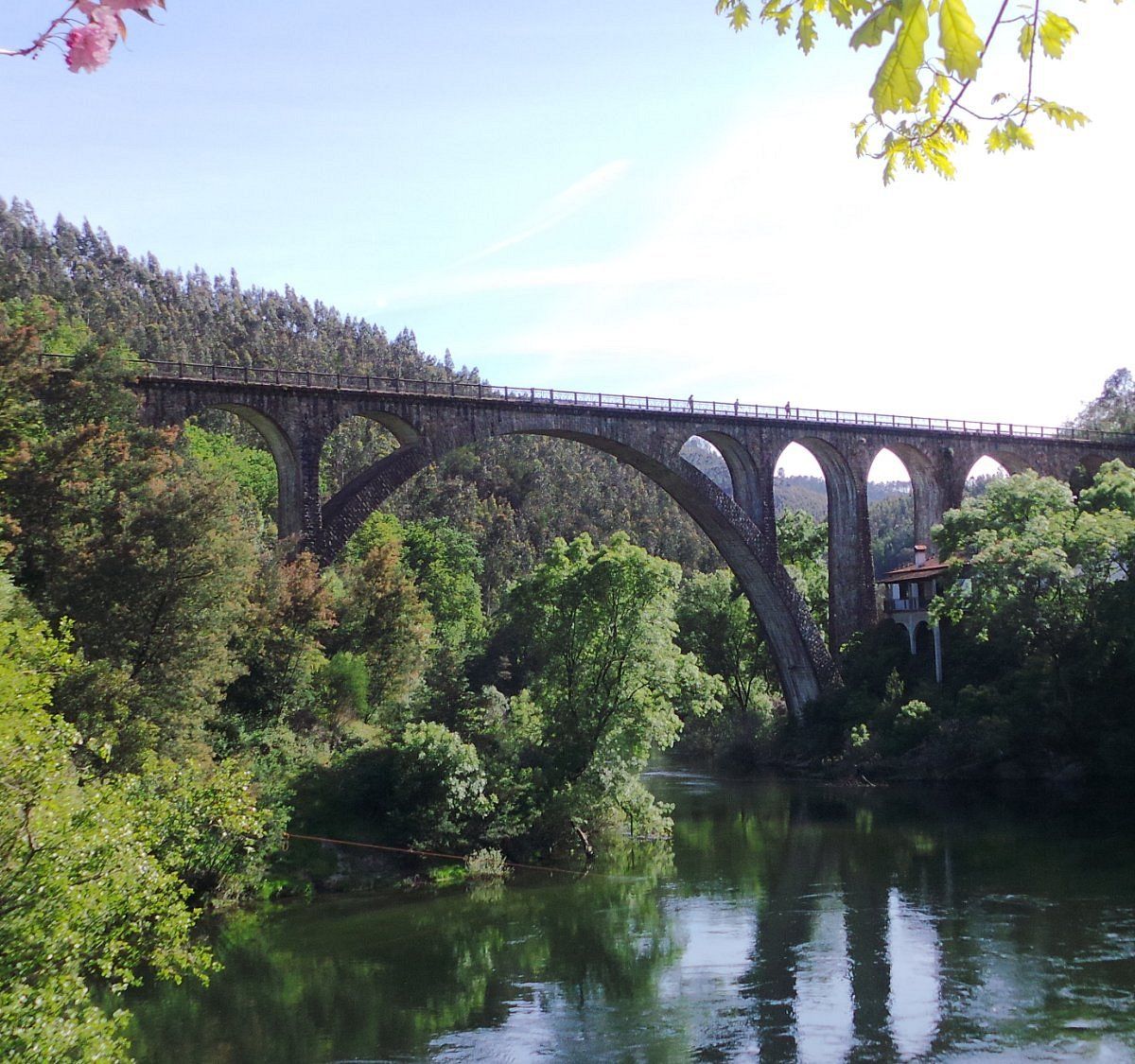 Located in Aveiro, the pedestrian bridge connects the University of Aveiro to the Santiago area and the Agra do Castro area. It was designed and built to shorten the way, normally done by other means of transport. Located over the Ria de Aveiro, the bridge only allows the passage of pedestrians and bicycles, using different materials suitable for each means of locomotion. The architectural work of Siza Vieira was made with materials that make the bridge an artistic infrastructure. Metal, for example, was used as a landscape connector, which allows for shadow play along the bridge's 367 metres of length. 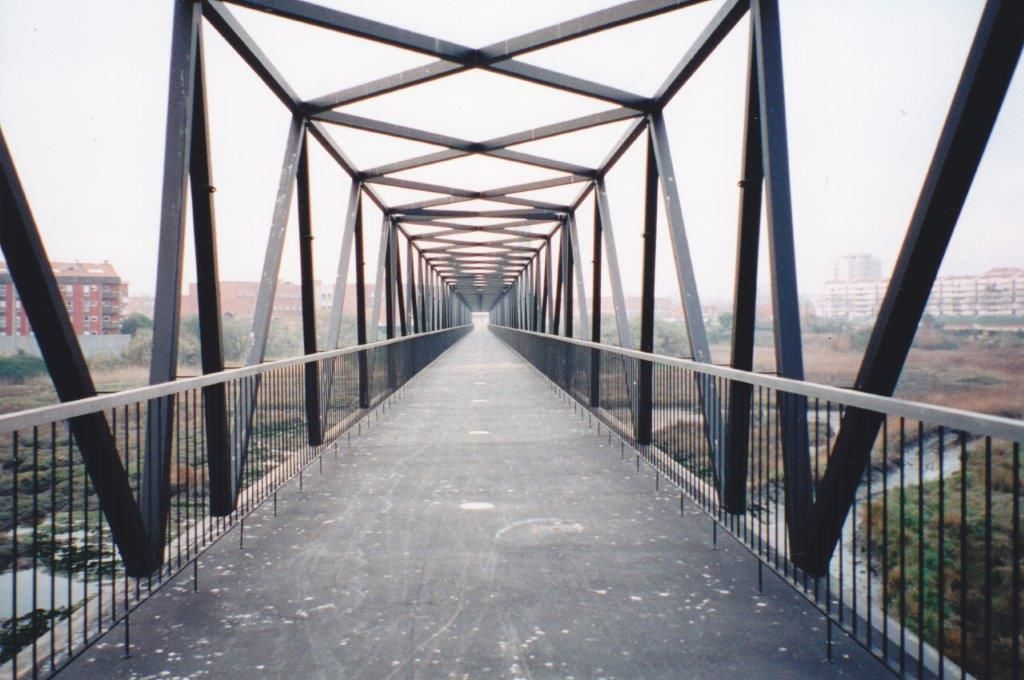 Also, in Aveiro, the Ponte Pedonal Circular, also known as Ponte do Laço, was built in 2016 and connects the two canals, due to its circular shape. Intersecting with the Praça do Peixe Canal and the São Roque Canal, the bridge gives direct access to one of the busiest areas in the city of Aveiro. With a circle in the centre of 26 metres of the perimeter, suspended by metal rods. People and bicycles can circulate on the bridge, with the possibility of people with reduced mobility walking on the bridge, due to the access ramps to the bridge. 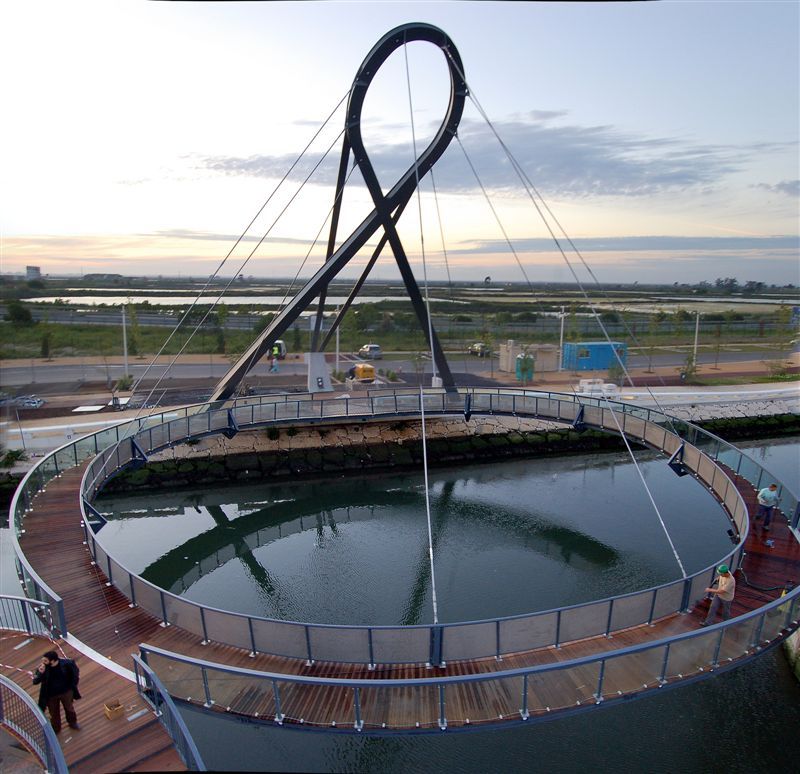 The most modern of the listed bridges, Ponte 516 Arouca, is the third longest suspended pedestrian bridge in the world. It covers a total length of 516 metres (hence the name!) suspended 175 metres above the Paiva River. The bridge was opened in May 2021 for the general public; however you do have to pay to make the crossing however it is an experience that should not be missed - especially for adrenalin junkies! 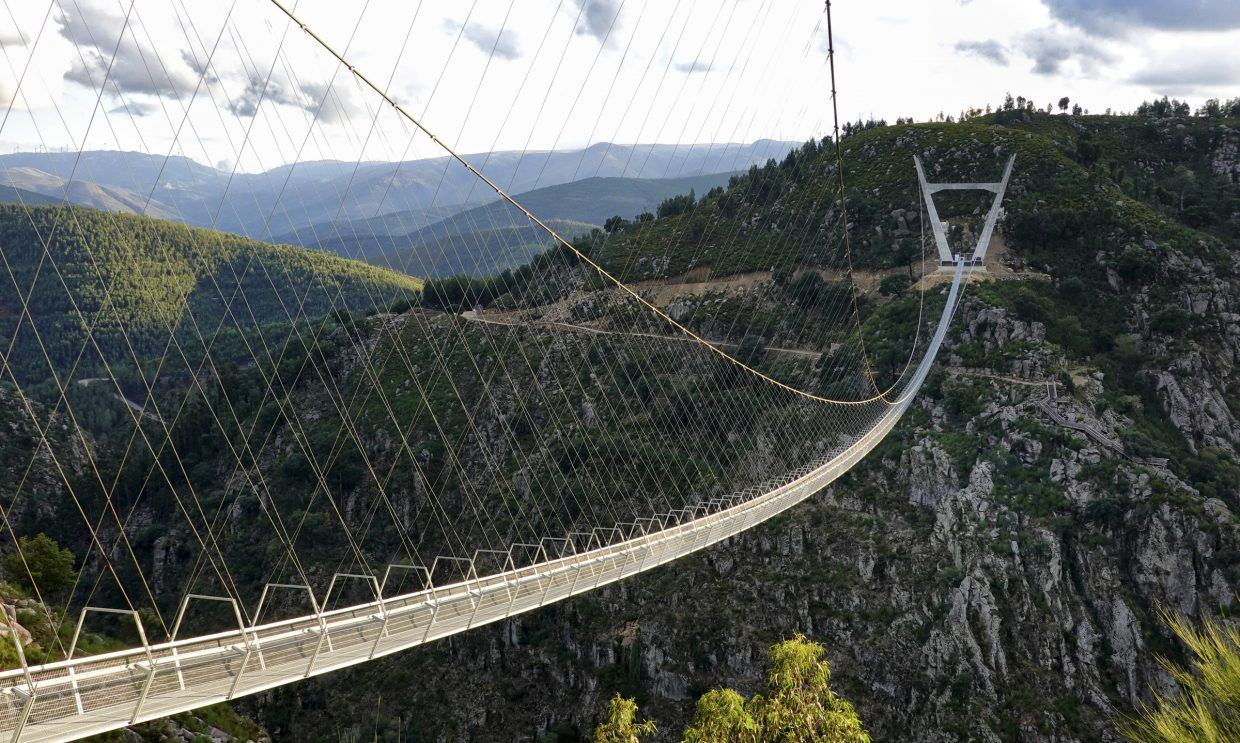 Why this mysterious corner of Kenya has magical appeal