HomeLifestyleBuying a bit of motoring history - the Rover SD1

The British motor industry is littered with fallen heroes. Brave efforts that never quite got to trip the light-fantastic. But if I was to pick out one car that deserved success, it would have to be Rover's SD1.

Cutting-edge looks led to the SD1 scooping the coveted European Car of the Year award back in 1977. The new Rover not only broke the old 'pipe and slippers' mould, it shattered it into a thousand tiny pieces. The car was an outstanding concept that carried on looking like a concept well after it hit the showrooms. It was a luxurious, fresh, airy large hatchback capable of ferrying an entire family and all their chattels in sublime luxury.

Rover focussed on effortless six and eight-cylinder engines. Although four-cylinder petrol and diesel variants were available, big-mile munching engines were definitely the order of the day. Design-wise, Rover forged their own path at a time when most other executive car manufacturers adhered to staid three-box configurations.

70's industrial strife personified the SD1 era. This Rover could have challenged anything being built by other manufacturers. Ambitions were scuppered because it was made from a bin of low-grade parts cobbled together by a poorly motivated workforce. Rover staff clearly had no desire to be anywhere near the shop floor. Far from having any pride in their work or the products, Rover staff were largely an ensemble of Union militants who shabbily threw together cars without one iota of care. The SD1 turned out to be another nail in the British car industry's coffin.

Decades after the last SD1 rolled off the production line there are, surprisingly, still a few survivors out there. Values have steadily crept up as collectors take interest. But which Rover SD1 would be the best to buy on today's classic car market?

A lot of car

The Vitesses have been getting all the attention. With good specifications, these beasties represent a lot of car for the money. Any well-loved V8 SD1 will prove to be a nice car to own thanks to all that effortless beef. With the V8's being the most desirable, it's worth ensuring that any potential purchase actually left the factory as a V8. A cobbled together ex-two-litre might prove problematic.

The V8 was the biggest seller but Rover built over 100,000 2600's, 43,000 2300's, 20,000 2000's and 10,000 diesels. The EFi V8 Vanden Plas is highly prized because a mere 1,113 were ever produced compared with nearly 4000 Vitesses. However, we mustn't dismiss a six-cylinder SD1 or even a good four-cylinder version if it's in nice order. Six cylinders provide smooth, relaxed cruising with more than enough oomph for most. Even the four-pot (2000cc) is gutsier than you might expect. You'll certainly be less likely to be on first-name terms with forecourt attendants. 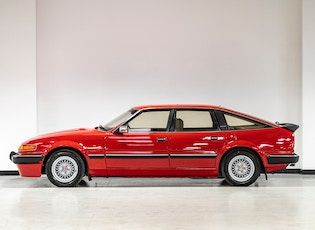 Not many of the earliest examples survive. Corrosion was a big problem. Later SD1's were built to a much higher standard but rust still posed a major problem. Later examples also enjoyed improved electrics and better quality interiors, including higher specifications. But when it comes to gizmos and classic cars, the less is often the more. Too many bells & whistles can equal reliability issues.

So. The Rover SD1 was a British saloon car with more than just a hint of supercar looks about it. The headlights and indicator arrangements copy the Daytona with that distinctive Daytona theme carrying on through to swage lines. The car was described as ‘elegant,’ which was rewarding for BL because contemporary elegance lay at the very heart of the SD1's styling philosophy. British Leyland had endeavored to produce a car that had a distinctive identity with sleek aerodynamics providing effortless high-speed cruising.

Whilst contemporary, Rover knew that the design had to be well received by the Rover faithful. The car needed to be both palatable as well as timeless. Quite a big ask when considering that all these traits needed to be combined in a design that provided lots of space, including a generous load capacity. Versatility was key. Rover had to produce a car that could be configured effortlessly to cater for any occasion.

The modernistic, aerodynamic shape represented quite a departure from Rovers past. The interior design similarly broke the mould. Gone was all the usual 'mini Rolls-Royce' wood and leather. In came soft-feel plastics, a clean and airy design including a box-shaped instrument binnacle bolted on top of a wide and symmetrical dashboard. Even this newfangled dash layout had practicality at its heart because it was quicker and easier to swap from RHD to LHD production. It looked good though. A similar setup was used in the equally futuristic Aston Martin Lagonda. SD1 interiors had features that we all take for granted in today's cars but were a rarity back in the 70's. Things like a fully adjustable steering column, fold-down rear seats and plenty of 'cubby' storage areas. It even had internally adjustable door mirrors.

It's true that the SD1 was a huge break from the conventional Rover ideal. Funnily enough, the next model that came along (the Rover 800) looked like a bit of a retrograde step in the styling department. Although an 800 coupé was available, in the main, the 800 saloon moved back to being a traditional three-box set-up. Compared to all the excitement of the SD1, the 800 seemed like a bit of a dullard.

So, what to look out for if you're considering an SD1 as your classic? Well, corrosion is the main one, especially on early cars which had a nasty habit of turning into bran flakes. Check the usual-suspect areas such as wheel arches, valances, sills, floor pans and door bottoms. Scuttle panels also corrode as do tailgates and the top end of the MacPherson strut towers. Careful inspection on a lift is essential to get a good look at rear suspension trailing arms which can lift away from the body shell thanks to the dreaded tin worm. 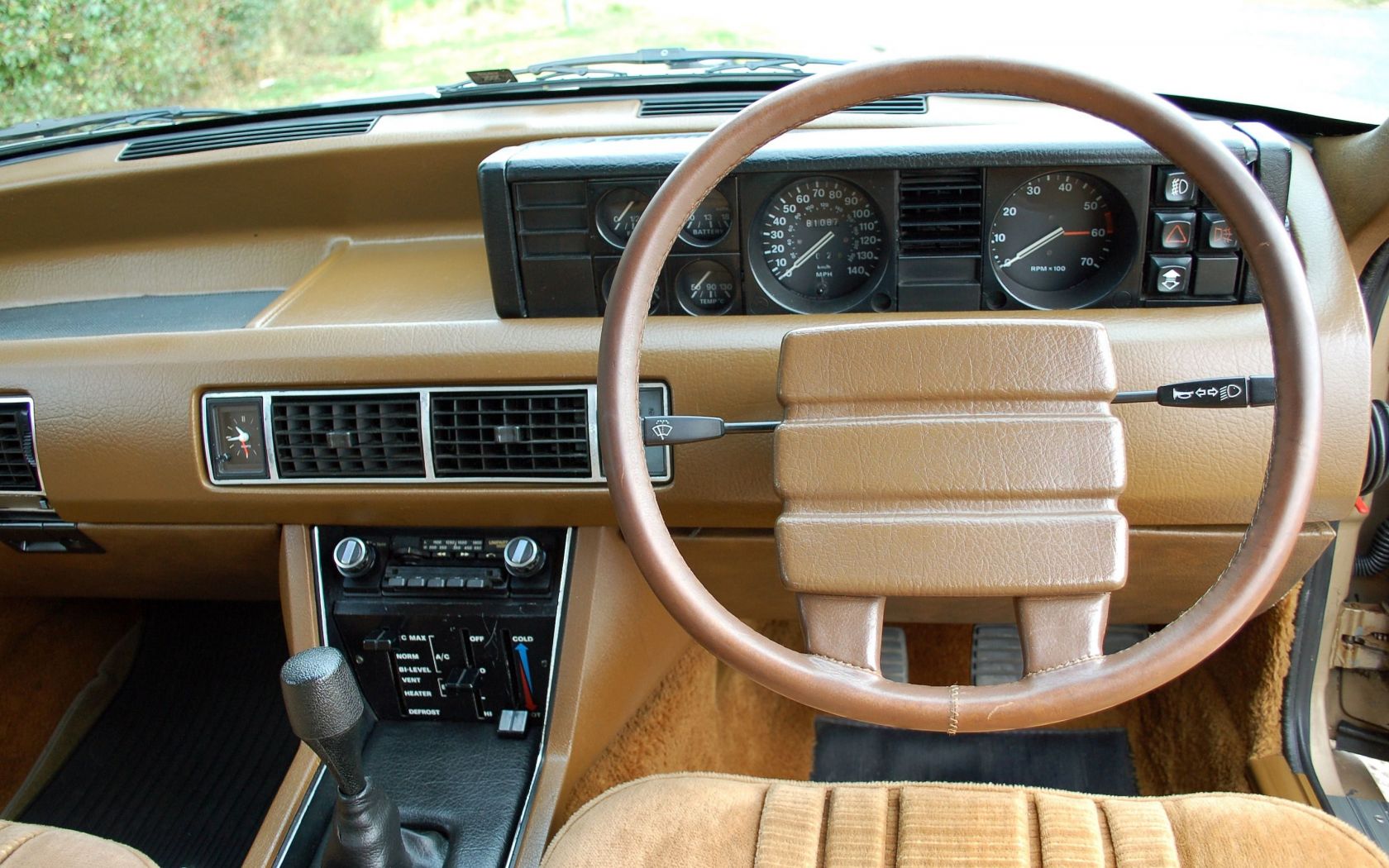 Whilst Rover V8 engines are generally robust, they are known to overheat if poorly maintained. Water channels and radiators can gunge up if antifreeze concentration isn't regularly monitored and refreshed accordingly. Regular oil changes are also essential to prevent premature camshaft wear.

The SD1's five-speed manual gearboxes were tough units but they will, of course, eventually wear. Listen out for rumbling sounds even when in neutral. Borg-Warner automatic gearboxes, on the other hand, were never all that tough. Listen out for tell-tale clunks or jerky gear changes. 60,000 or 70,000 miles was top end for those old auto boxes but decent replacements or rebuilds are relatively affordable.

Interior trim was always quite durable but dashboard tops might become warped especially if the cars have been used in sunnier climes. Replacement door cards or dashboards won't be easy to find these days.

The secret is to find a good one. Get some expert advice and keep your feet firmly planted on the ground. If a potential car ticks all the boxes, a sound investment could be living in your garage. Happy motoring!