The X7 has been given a refresh, bringing a striking new design and more interior features. James Baggott finds out what it’s like.

This is BMW’s largest off-roader, the seven-seat X7, now with a fresh new face and mild-hybrid powerplants. The luxury SUV, which joined the firm’s range in 2019, has been treated to a mid-life facelift that brings its looks in line with the forthcoming new 7 Series and i7 and its interior tech bang up-to-date with its siblings. 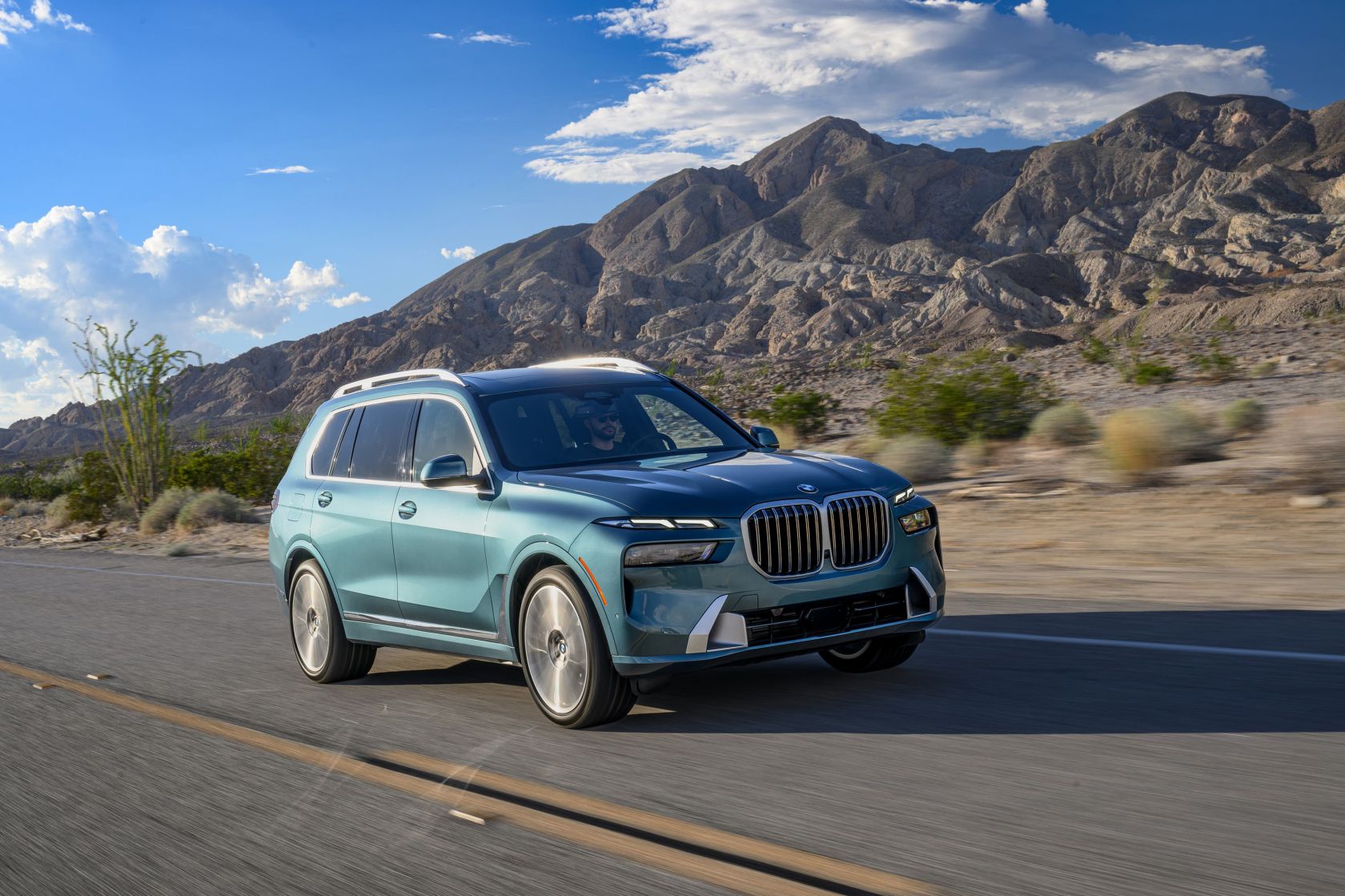 At the back, there’s a new design for the rear lights, while owners can opt for whopping 23-inch alloy wheels – the largest ever available on a BMW. Inside, the highlight is the curved driver display that’s more focussed towards the driver, while under the bonnet mild hybrid technology has been added too. 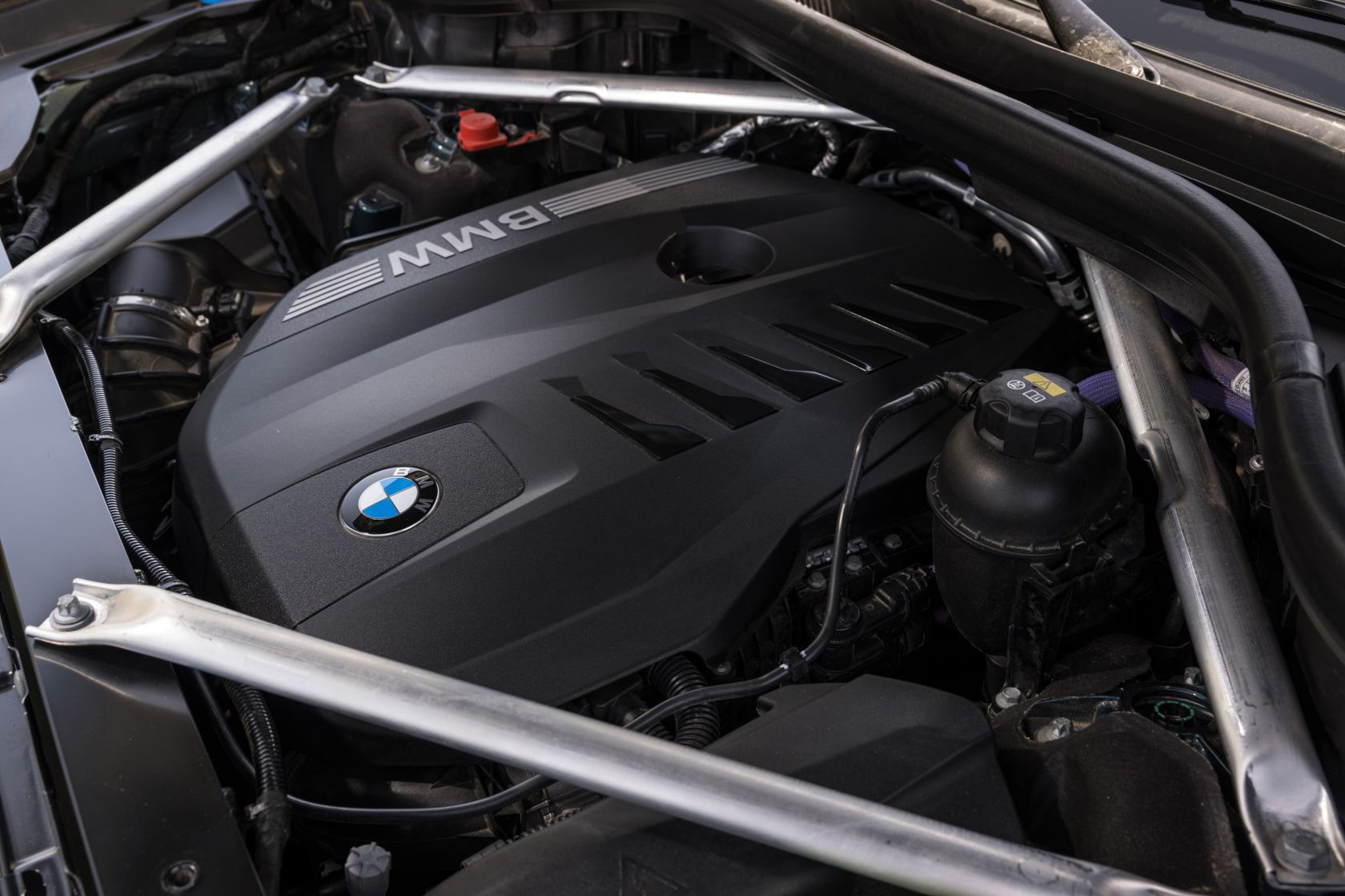 All setups now come with new 48V mild-hybrid technology which assists the engine in improving efficiency at higher speeds and can even drive the car electrically at very low speeds. The energy is created by braking regeneration and stored in a battery in the engine compartment.

For such a large car, the X7 offers a relaxing drive. Adaptive air suspension soaks up the bumps and clever driver assistance systems, that can help keep you in your lane and even park the car for you, are a help rather than a hindrance.

We tried the 40i, which had a quick turn of pace for its proportions and was quiet too. An eight-speed automatic transmission and electric power steering are fitted as standard.

Whatever your take on BMW’s new design language, few would describe it as boring. The massive kidney grille might not be to everyone’s tastes, but we think the new headlights soften the look and the subtle tweaks are rather effective.

The new curved screen is a master stroke. It’s clear and user-friendly, thanks to the latest iDrive infotainment software. A 12.3-inch screen behind the steering wheel includes clever touches like augmented navigation directions that overlay arrows over a live video feed of the road ahead. 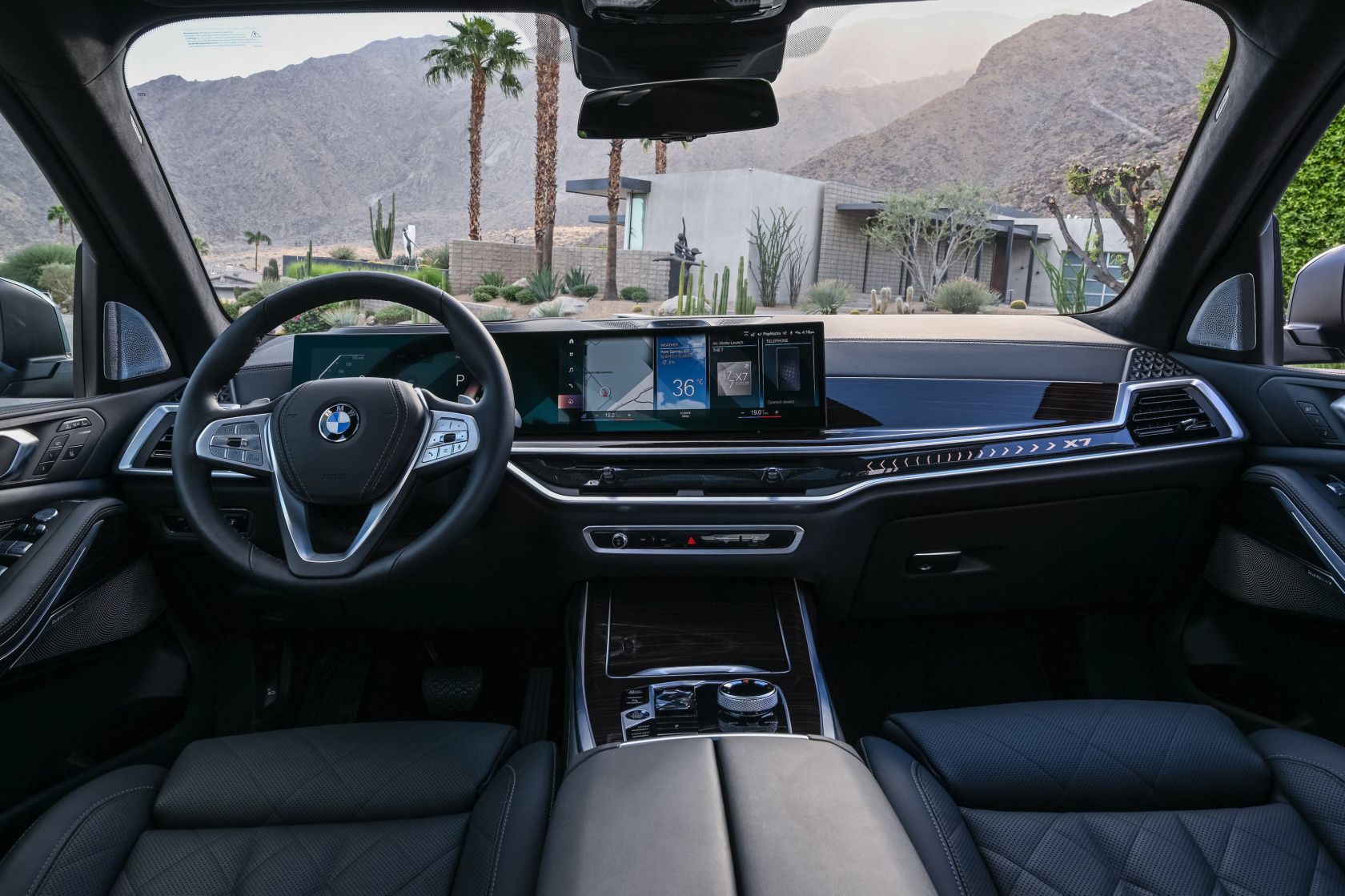 The 14.9-inch control display is easy to manipulate and you can operate it via gesture controls, as well as voice and touch. Owners will be able to choose between 15 interior light colours and dashboard materials are even vegan-friendly. 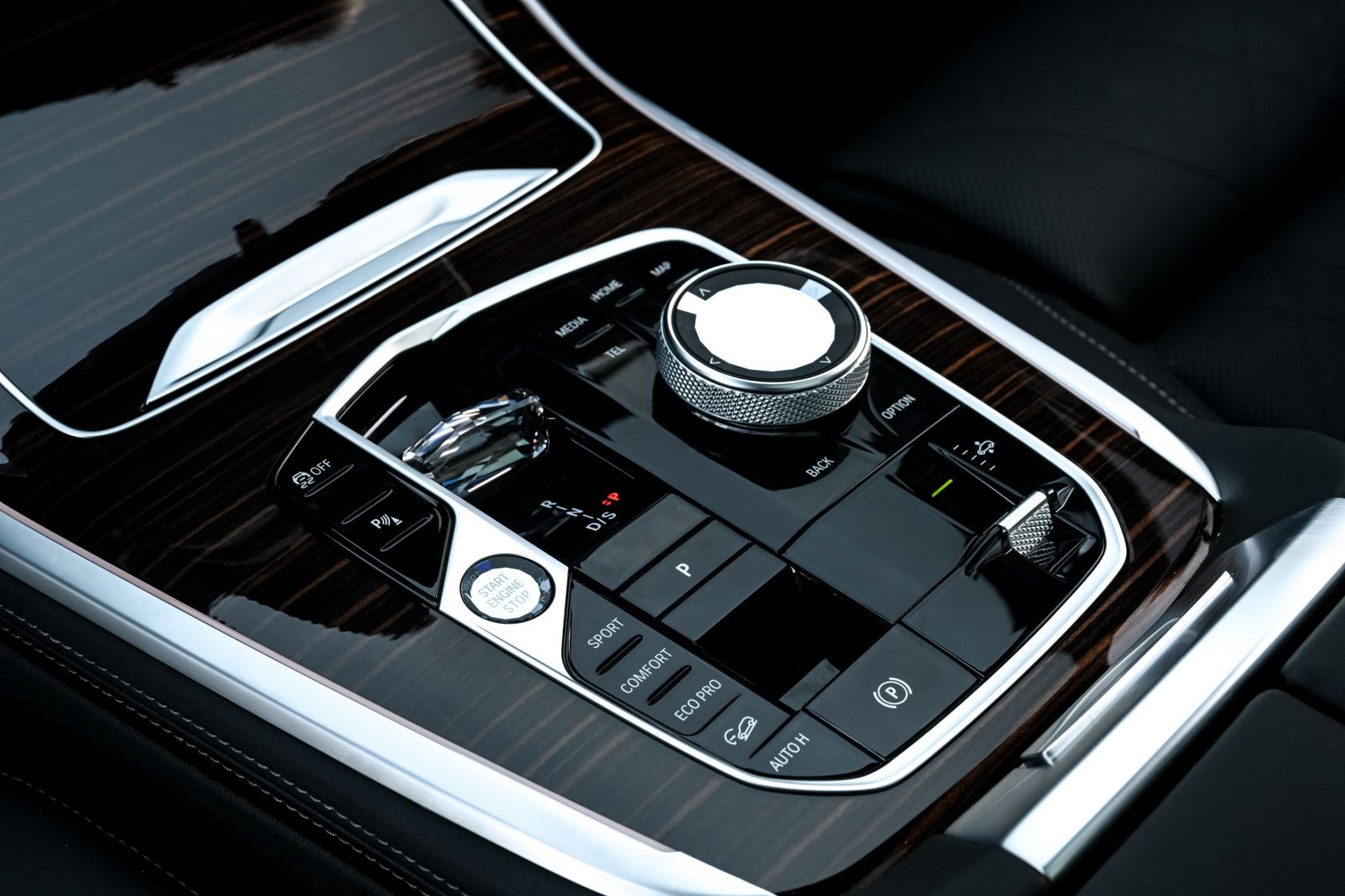 BMW sells less than a thousand X7 models a year, but it’s still a vital part of its SUV armoury. While rivals, like the new Range Rover, have pushed themselves further upmarket and increased prices as a result, the BMW offers relatively good value for money.

The size helps mask the huge controversial grille and the other new design touches bring it nicely up to date. It’s packed with tech, humongous inside and comfortable to drive. If you’re in the market for the largest of SUVs, it’s definitely worth a look. 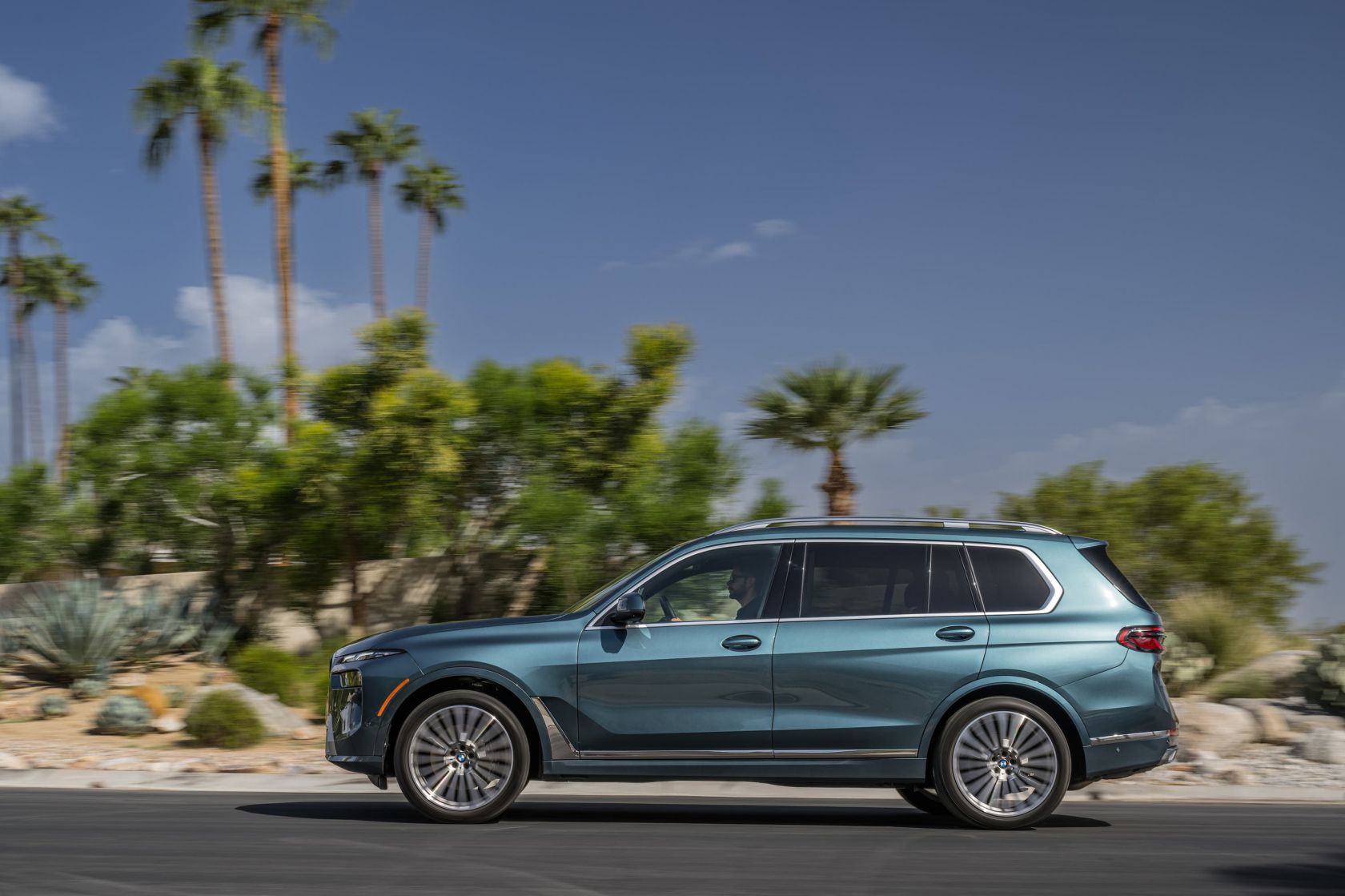