The symptoms you’re most likely to ignore…

If you’ve got indigestion and stomach ache, and maybe you’re off your food and feeling a bit sick, you might think you’ve just got a tummy bug. And while that’s by far the most likely cause, always be aware that they’re the symptoms of something far worse too – pancreatic cancer.

Symptoms of the disease, can often be mistaken for other, far more benign, conditions, and that’s why many people don’t seek medical help until the cancer is in its later stages and far more difficult to treat.

As a result, pancreatic cancer is the deadliest common cancer – more than half of people with the disease die within three months of diagnosis, says Pancreatic Cancer UK (PCUK).

PCUK specialist nurse, Jeni Jones, says: “The vast majority of cases are diagnosed when the cancer is already at a late stage, because the symptoms often overlap with other conditions like indigestion and irritable bowel syndrome. If you have a symptom that’s persistent, you should speak to a GP – it could mean you’re diagnosed early.”

Indigestion and/or heartburn can be a common symptom of pancreatic cancer – but one that most people wouldn’t necessarily think was linked to a serious disease.

“A lot of the time people might just take over-the-counter remedies for persistent indigestion – it’s not something that will automatically see you running to the GP,” says Jones. “But there are times when it might line up with other symptoms like pain in your tummy or back, and with several niggling things happening, which could suggest pancreatic cancer.”

2. Tummy or back pain

This can be anything from a dull ache to pain that radiates from your tummy around to your back, explains Jones. “It may be around your bra line if you’re a woman,” she says. “It’s not lower back pain, and it’s often between the shoulder blades. It may be worse after you eat something, and it doesn’t tend to go away easily.”

She says combined tummy and back pain is quite a common symptom, but some people may just have one or the other.

Weight loss connected to pancreatic cancer might initially be seen when people aren’t really trying to lose weight and are eating relatively normally. “They might just notice their clothes are getting loose,” Jones says.

Losing weight is of course sometimes be related to appetite loss, which is another easily-ignored pancreatic cancer symptom, at least initially. “It can range from people thinking they’re not really that hungry, to having no appetite at all and not being able to face food or feeling full after very little food,” says Jones, who explains that such appetite changes may be because the tumour is pressing on the stomach, or just diminishing the capacity to eat.

Jaundice is a less easy-to-ignore pancreatic cancer symptom, but it only tends to occur in people whose tumour is towards the head of the pancreas, explains Jones. “Not everyone with pancreatic cancer will get jaundice, although it is very prevalent,” she says. “It’s a red flag symptom – you might notice it when the whites of your eyes turn a bit yellow, before your skin starts to get that yellow tinge.”

Your skin might become incredibly itchy before you develop jaundice, because bile salts build up under the skin first. “It’s insanely itchy,” stresses Jones. “I’m not talking about a little itch, it would have you scratching to a crazy degree.”

“This is a very, very important one,” stresses Jones, “because there are many, many causes of diarrhoea, but this is something we call steatorrhea – when there’s fat present in the stool, which makes it go a yellowy colour, which also happens in jaundice. This greasy, yellowy poo that doesn’t flush away is a sure sign that there’s something wrong higher up in the digestive system.

“If the patient doesn’t describe the specifics of their diarrhoea, it can waste time for diagnosis, and time is of the essence.”

Jones warns that a very small amount of people with recently diagnosed diabetes may have pancreatic cancer, because the cancer can stop the pancreas producing enough insulin, which can lead to diabetes. She explains: “If you have some of the pancreatic cancer symptoms and you’re suddenly diagnosed with diabetes, then that ought to be a red flag symptom for your GP to think about whether you need a scan to check your pancreas.” 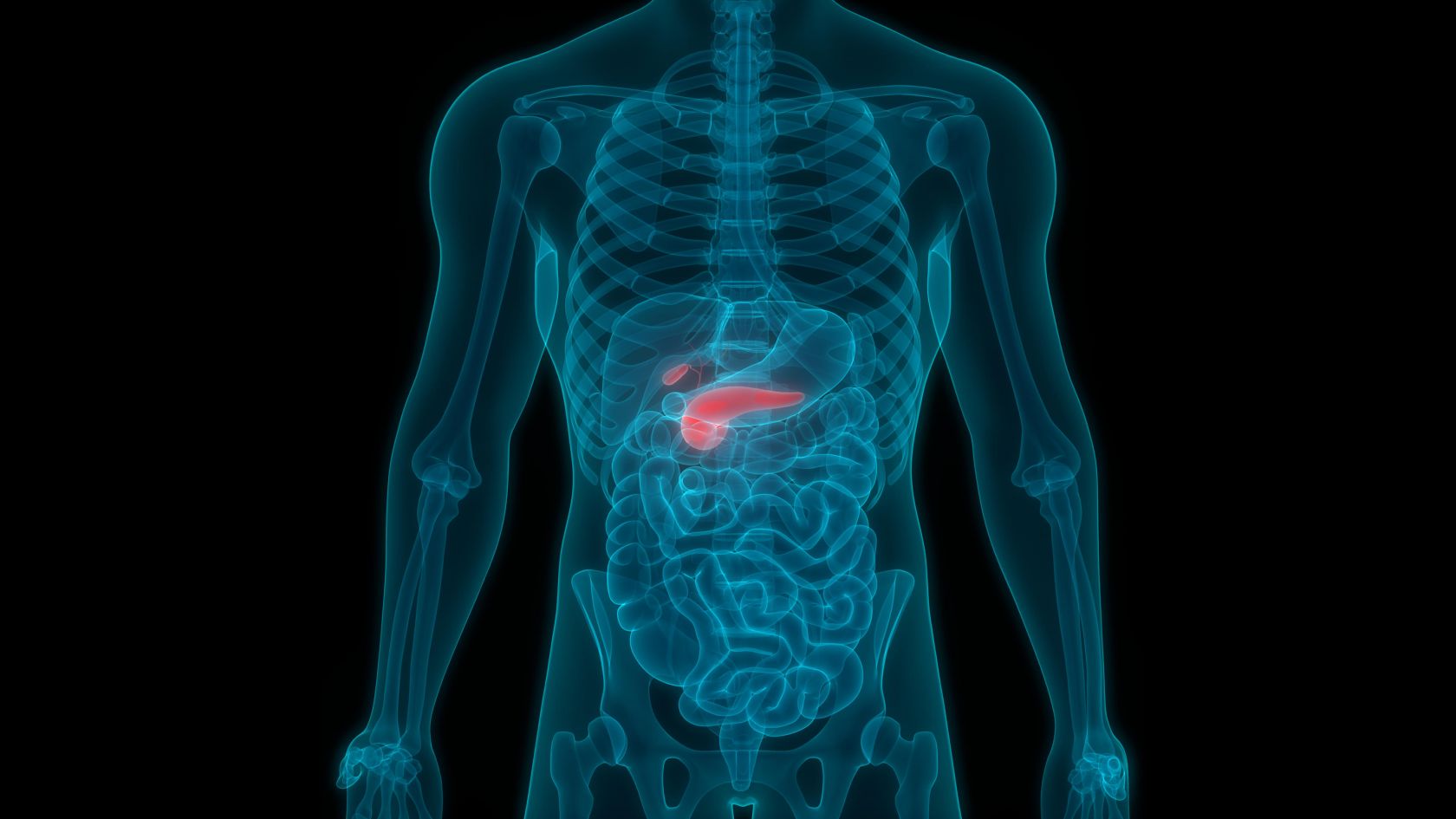 Feeling or being sick can be another pancreatic cancer symptom, although she stresses: “Sometimes people can vomit, but that’s not as common as feeling sick.”

Jones says blood clots are an uncommon pancreatic cancer symptom, and one that would perhaps be seen in people who, for example, are younger and non-smokers and so wouldn’t typically be at risk of clots.

“They might present with breathlessness or a swollen leg and go for a scan and find out they’ve got pancreatic cancer,” she says. “It’s exceptional, but clots are a symptom and could be leading to the fact that there’s an underlying problem.”

Such symptoms are uncommon pancreatic cancer symptoms but aren’t unheard of and may be either linked to the cancer itself, or possibly an infection linked to jaundice, which Jones says will need immediate medical attention.

“The cancer can make a person feel full up, so although they think the problem is to do with their swallowing, it’s often the fact that they’re just not able to fit the food in,” says Jones, who explains that pancreatic cancer doesn’t actually cause problems with the oseophagus, it may just make swallowing feel abnormal.

Depression and anxiety without any obvious cause is a common symptom of pancreatic cancer, says Jones. “In of itself, it’s probably not something that would make you say you’ve probably got pancreatic cancer,” she says, “but low mood can go hand-in-hand with pain and fatigue. Again, it’s taking these things as a whole, rather than in isolation.”

Breastfeeding support in the Algarve

Which is the most counterfeited note in Portugal?

Property sales up by 30%