The world’s oldest cat has been rehomed with a new owner who is the same age.

Flossie was born in 1995 and has been recognised as the world’s oldest living cat by Guinness World Records.

The rehoming announcement marks a turnaround in fortunes for Flossie, who was signed over to the Cats Protection charity in Kent last year after her previous owner was no longer able to keep such an elderly cat.

She was given a new lease of life when the charity matched her to a loving new home with Vicki Green of Orpington, who has experience caring for older cats.

Miss Green, who is 27 – the same age as her new pet – said: “I knew from the start that Flossie was a special cat, but I didn’t imagine I’d be sharing my home with a Guinness World Records title holder.

“She’s so affectionate, playful and sweet, especially when you remember how old she is. I’m immensely proud that Cats Protection matched me with such an amazing cat.

“She’s deaf and has failing eyesight but none of that seems to bother her. She’s completely with it, loves affection and has a very good appetite.

“She never turns her nose up at the chance of a good meal, except when she’s snuggled on her favourite yellow blanket.”

Flossie had been living in a colony of stray cats near a Merseyside hospital when two workers took pity on them and each homed a cat in 1995.

Her owner died after 10 years but Flossie was taken in by her sister, where she stayed for another 14 years until the new owner also died.

For the next three years, Flossie lived with the sister’s son, until his situation forced him to take his pet to Cats Protection. 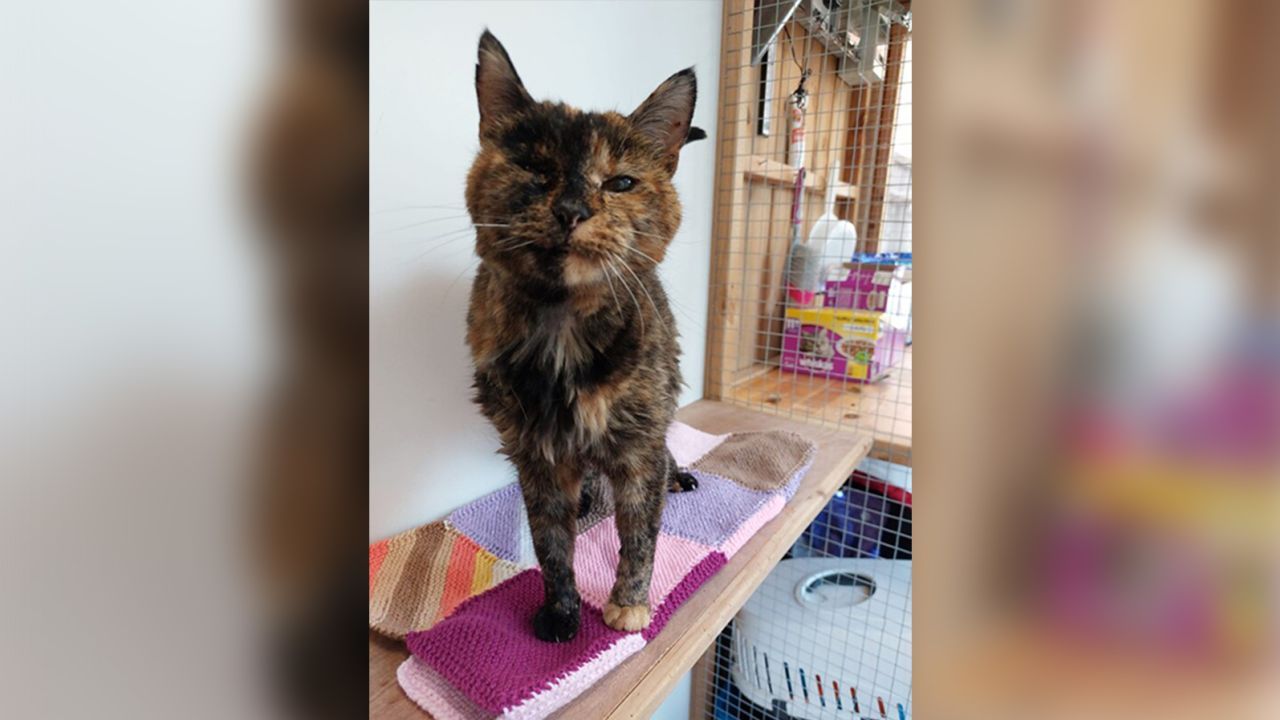 Naomi Rosling, co-ordinator at the Tunbridge Wells, Crowborough, and District branch which rehomed Flossie, said: “We were flabbergasted when vet records showed Flossie to be nearly 27 years old.

“She’s the oldest cat I’ve ever met, at least 120 in human years. If I’m in such good shape when I’m her age, with someone who does what’s best for me when I need it most, I shall be a very happy lady.”

Miss Green said Flossie has settled in well at her new home.

Miss Green’s previous cat Honeybun lived until the age of 21, so she knew what to expect, and encourages more people to consider adopting older cats.

She added: “Older cats can need particular care and being the oldest living cat, Flossie isn’t any different.

“She sometimes misses her litter box or needs help grooming herself, but I can help with all of that. We’re in this together.”

Craig Glenday, editor-in-chief at Guinness World Records, said: “We were so excited to hear about the lovely Flossie and celebrate her long life – it’s not every day you come across a cat who has been around since the mid-nineties.

“This is the human equivalent of over 120 years old, which would put her on par with Jeanne Calment, the French supercentenarian who lived to 122 years 164 days and holds the record for the oldest person ever”.

Anne, eight, breaks record by naming every capital and currency in the world

Anne, eight, breaks record by naming every capital and currency in the world

YouTuber gets planning permission for tunnel under his garden to bunker

"Seen Anything Weird Over the Ocean?"