America’s Sunshine State has long tourists across the pond with the promise of sublime coastal scenery, glamorous cities and some of the best theme parks in the world.

And while it’s a love affair that shows no sign of subsiding, savvy travellers are now looking beyond the theme parks of Orlando and the art deco delights of Miami.

Stealing the spotlight is Tampa. Located on Florida’s pleasing western coast and lapped by the warm waters of Tampa Bay and the Gulf of Mexico, it’s a city that delivers on history and culture, as well as adventure, relaxation and all the finer things in life.

According to Sir Richard Branson: “Tampa Bay has it all; a year-round warm climate, vibrant nightlife, endless attractions and – of course – some of the world’s best beaches.” And that’s just the start of it…

In another sign that Tampa has arrived on the global stage, the city recently welcomed its first five-star property. Boutique meets botanical at The Edition, located in the newly-developed Water Street district. Thousands of houseplants dominate the lobby to create an incredible rainforest-esque space. Beyond the ferns and foliage, there are 172 comfy and chic rooms, a dark and decadent nightclub, and a rooftop pool that would give even the swankiest hotel in Miami a run for its money.

Also offering a stylish place to bed down is the modern Hotel Haya, decorated with one-off pieces by local artists and home to a Cuban-inspired café that serves the best coffee in town. 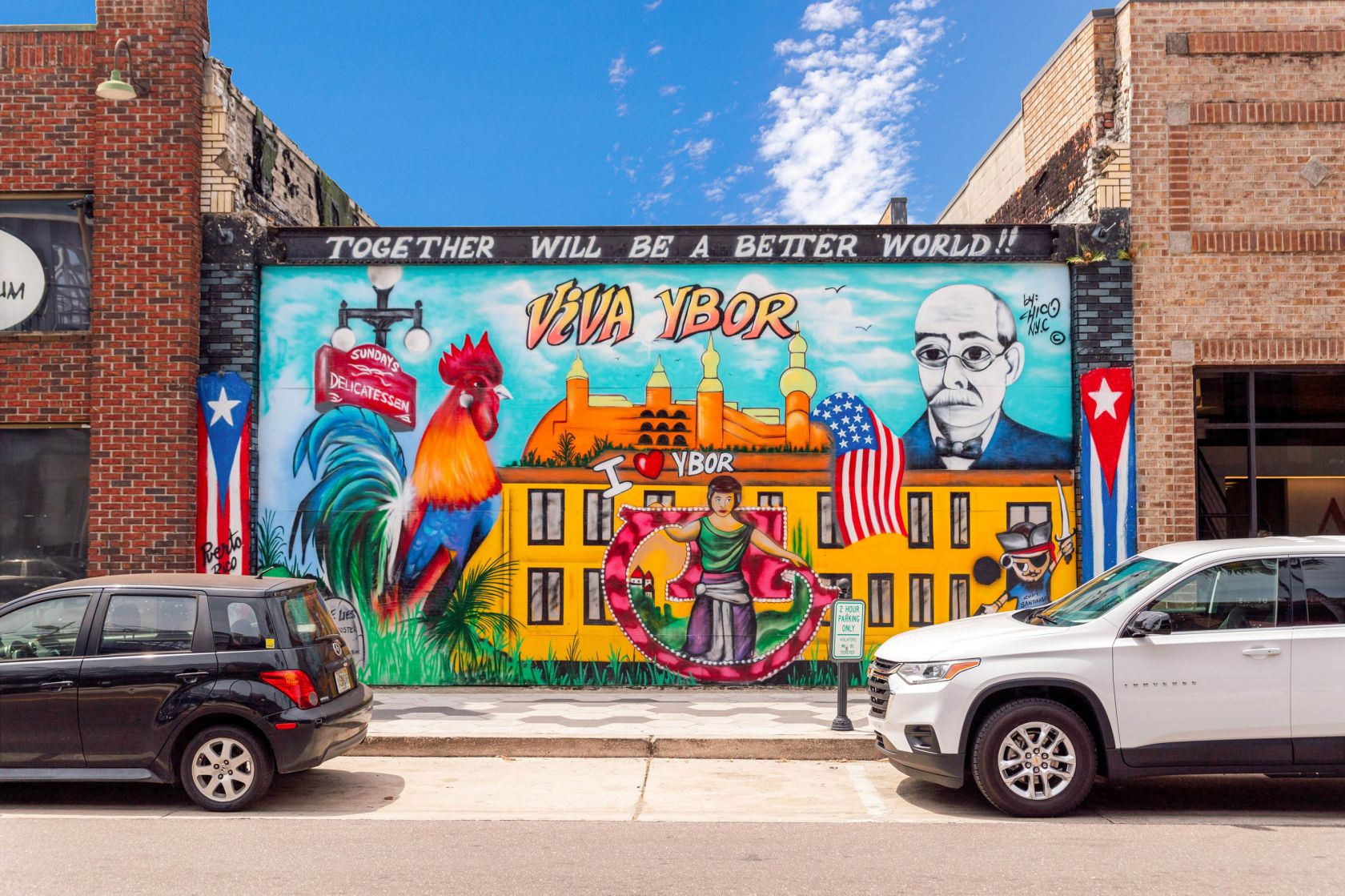 Tampa’s emerging culinary scene has something for all taste buds and budgets. One of the most exciting eateries is Naked Farmer, a farm-to-table restaurant serving seasonal, uncomplicated and contemporary cuisine, with produce from farms around Tampa. A recent hit with local foodies was the fall harvest bowl, consisting of roasted sweet potatoes, carrots and squash with a spicy vegan ranch dressing.

Want something a little more rustic? Reserve a table at Willa’s and feast on dishes such as seared gulf snapper with a tomato and thyme vinaigrette.

Satisfy your sweet tooth with a visit to Mayday, an ice-cream parlour serving up scoops of handcrafted dairy perfection. The tangy key lime pie with toasted crackers is especially good.

No trip to Florida would be complete without some beach time and the Tampa region is blessed beyond belief when it comes to sandy shores. About 45 minutes from downtown Tampa is St Petersburg and Clearwater, home to 35 miles of sand as soft as flour, and water that simply demands a dip. The beaches here are so fabled, they have consistently been named among the very best in the country. 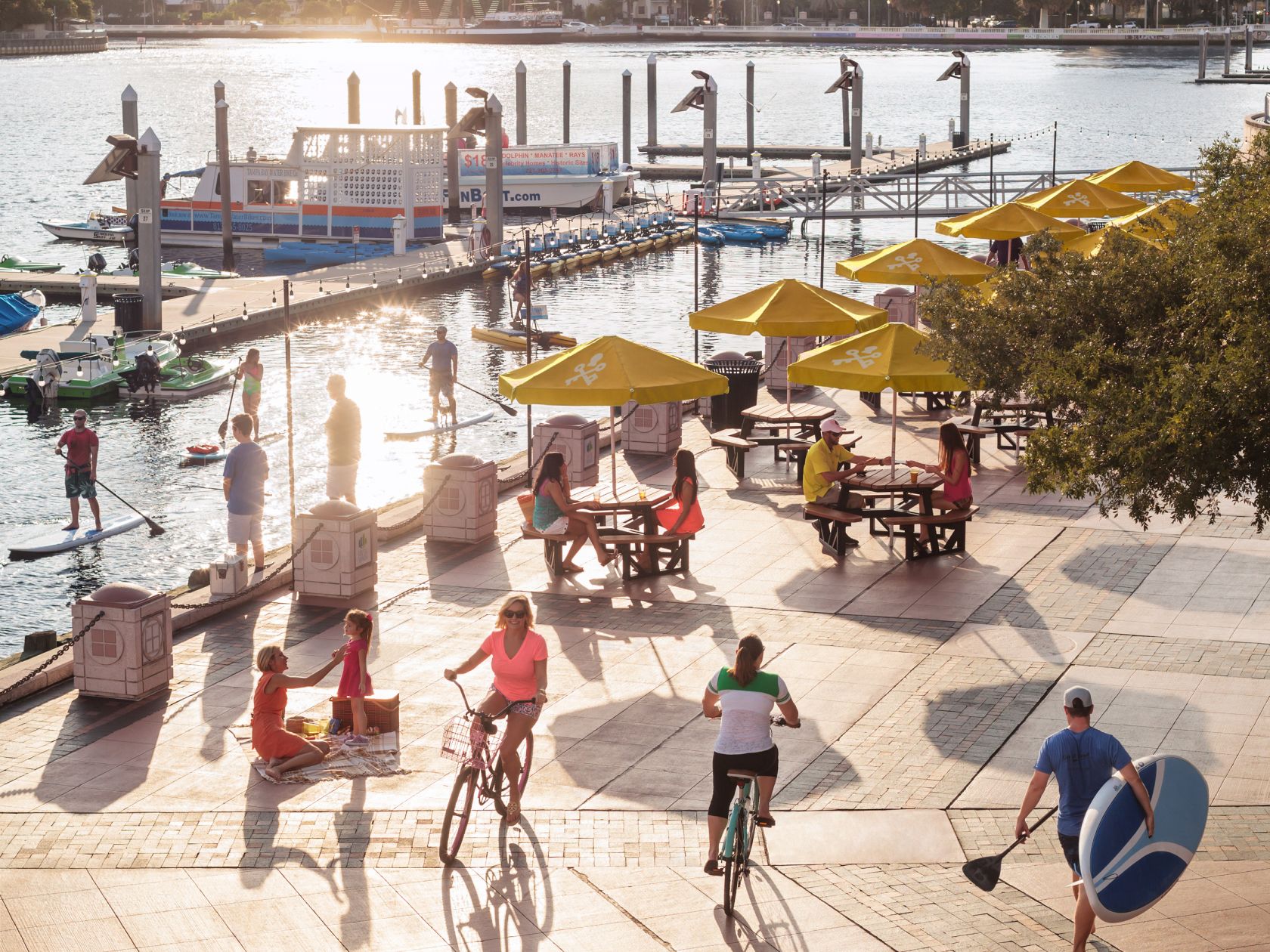 If you can bear to drag yourself away from the sunlounger, stretch your legs along the craft beer walking trail that weaves its way from Tarpon Springs to Treasure Island. Alternatively, visit the Clearwater Marine Aquarium, which is looking fresh after an $80million refurbishment that includes a new habitat for rescued dolphins.

The gleaming glass-fronted skyscrapers of Downtown Tampa may give the impression the city has appeared out of nowhere but that couldn’t be further from the truth, and there’s no better place to discover its colourful past than the Ybor City neighbourhood.

Dating back to the 1880s, it was founded by wealthy Spaniard Vicente Martinez-Ybor and quickly became known as ‘Cigar City’ due to the booming industry he established – one that would go on to transform Tampa’s fortunes. At its height, there were 232 cigar factories producing more than 500 million each year. It’s a legacy that lives on today. 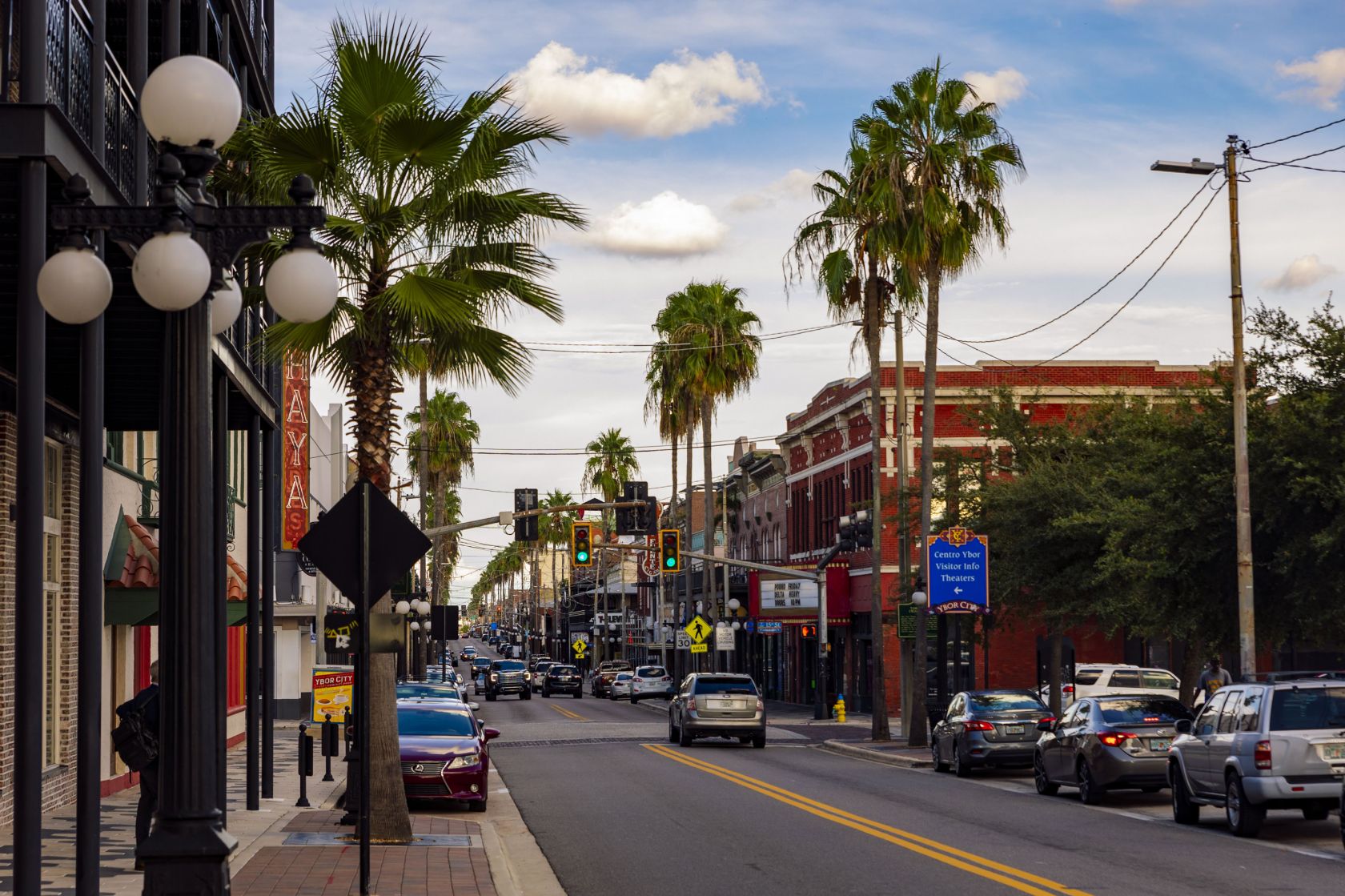 Take a stroll down 7th Avenue, passing the heritage buildings, bold street art and striking Spanish-tiled murals, and you’ll see a number of specialist cigar stores and bars. Pop inside one and you may even see them being hand-rolled behind the counter.

As well as cigars, Ybor City is famous for its chickens. Protected by law, the birds are free to roam the district and are a common sight in all areas of the neighbourhood.

One of the most novel ways to experience Tampa is on the water. Urban Kai offers fun and informative guided tours with a difference. Setting off to explore the waterways around Downtown, you can choose to either sit down in a kayak or stand-up on a paddle board. For something even more thrilling, sign up for the eco-tour, which navigates a nearby stretch of mangrove forests, and keep your eyes peeled for dolphins and manatees.