I wish I still had it because it would now be a much sought-after classic. A collector's piece with a correspondingly and bewilderingly huge price tag. But, alas, it's gone to do a bit of mud plugging in the sky alongside most of its early siblings.

I was reminded of the old girl the other day when I was sitting in a brand new 4th generation Range Rover finished in the same striking blue colour. I suddenly realised that I've been very fortunate because I've driven nearly every incarnation. It's only the very latest model I'm yet to drive. As a family, we've owned a few over the years. One thing's for sure, since that first ever Range Rover model was revealed way back in 1969 the vehicles, and indeed the marque, have been on a pathway of continuous evolution. The caterpillar has morphed into a beautiful butterfly.

Our first 1971 car was one of the very first examples to emerge out of the Solihull factory. It was the now highly sought-after two door model which featured hose-down PVC floor covering. MK1 interiors were a pretty minimalist affair but that, of course, was the whole point. It was designed as a 'car-like' 4x4 intended to be just as capable on the road as it was off it. A stylish transport solution which wasn't in the least bit averse to seeing the odd pair of muddy wellies, some greasy overalls or smelly dogs. This is quite unlike today's offerings which are crammed full of the very latest delicate touch-screens, the finest leather, the palest of plush carpets and generally festooned with the best of everything. Basically, today's offerings are not really hacks to be jumped into by cack-encrusted canines which are more than capable of ruining the entire plush interior in about 15 seconds flat. As for sticky children? No thanks!

Some of the Classic's cherished features such as permanent four-wheel drive, a split tailgate and clamshell bonnets remain to this day. Having been initially launched as a two-door model, a four-door version didn't arrive until 1981. The first Range Rover to feature automatic transmission arrived a year later. 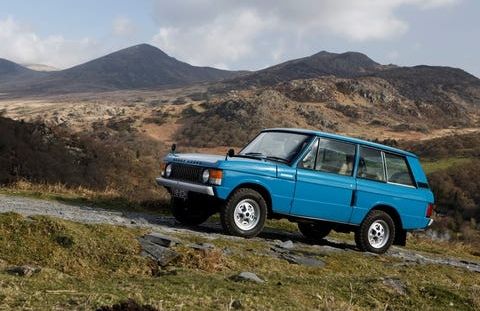 As time went by, the MK1 Classic became an increasingly fashionable accessory amidst the aspiring country set. High specifications, top end luxury and unadulterated style became synonymous with the brand. With this came correspondingly high end price tags too. A Range Rover was no longer farmer giles' glorified landy, it was becoming the choice carriage for Royalty, the landed gentry and the bourgeoisie alike.

Tweedy aristocrats liked to rove around their ranges, surveying their vast country estates from the lofty, imperious opulence of a vehicle that had just as much kudos as a Rolls Royce. Range Rovers had become a sort of Rolls Royce that didn't get bogged down in mud and didn't look in the least bit silly when hooked up to a horsebox. The marque had come of age in just a few short years. The cars were much coveted legends in their own lifetimes.

Creating a second generation was quite a big ask for design teams as the original car was still being hailed a masterpiece. It was almost like a musician attempting to surpass a best selling debut album.

The MK1 'classic' was deemed elegant and classy even after nearly 25 years at the forefront of what was now effectively a brand new category of motor car. The replacement was going to have to be very good indeed. With a baby Range Rover (the Land Rover Discovery) also in the pipeline, the new car (codenamed the P38A) was going to have to go even more upmarket and do so without forsaking its welly boots.

The final approved design of the P38A was stiffer and stronger. The second generation was also bigger and heavier. The V8 petrol engines were reworked into 4.0-litre and 4.6-litre capacities. However a refined diesel engine was called for, something that had thus-far eluded the brand. The engine eventually chosen was the BMW 2.5-litre turbo diesel.

Soon after BMW sold Land Rover the rights to use its diesel engine, they promptly bought the Rover Group (which then included Land Rover). The 1994 P38A was the first Range Rover to be sold under the BMW banner. As well as floating on air suspension, the new P38A featured other technologies such as built-in SAT-NAV and an in-car TV system with NICAM digital stereo.

The Autobiography Service was introduced during the P38A's tenure offering well heeled buyers bespoke, hand-finished interior colours and trims as well as unique exterior paint choices. This made the Range Rover experience as unique as when buying a Crewe-built Bentley or Rolls-Royce. When the Vogue SE trim was introduced in 1998, it nudged the price of a production example well above £50,000 for the very first time. The brand's enduring popularity sealed the future for Range Rover as a truly iconic, luxurious go-anywhere car.

Having survived the dreaded 'Millennium Bug' we were to welcome yet another new generation Range Rover - "for a new millennium". This time, a brand new top-down rehash was commissioned featuring a much larger monocoque body. The new 'retro' design recreated the simplicity of the original 1969 design despite edging the marque decidedly upmarket.

This 3rd generation model was clearly a luxury car from the outset, sharing components with the BMW 7 Series. However, BMW eventually sold the Rover Group, keeping only the Mini brand. Jaguar and Land Rover became part of Ford, continuing to use BMW components in Land Rover cars. On launch in 2001, the 3rd generation model re-established the marque as a totally unique concept, surpassing levels of established luxuries as well as the off-road abilities of predecessors and rivals alike. It just kept on getting better and better.

At the 2012 Paris Motor Show, an all-aluminium bodied 4th generation was introduced. The imposing new design was nevertheless instantly recognisable as a Range Rover including clamshell bonnets, floating roofs and split tailgates. But the marque was now clearly and unashamedly producing luxury limousines. These are cars for crossing continents in sublime comfort. Even Rolls-Royce and Bentley are now in on the SUV act but none surpass the time-honed excellence of an honest-to-goodness Range Rover. 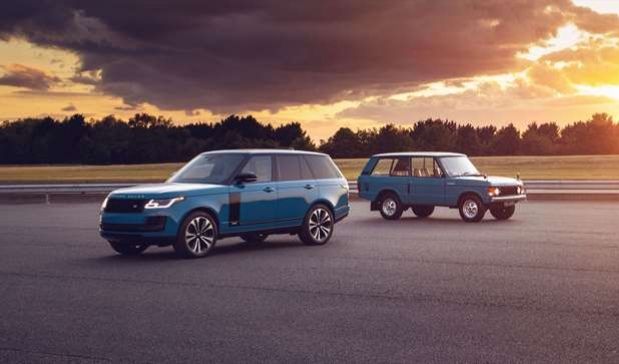 With their beefy V8's, earth-shattering diesels and interiors trimmed with the hides of entire fields full of cows, Range Rovers will never be first choice for the Greta Thunberg generation. But the 5th incarnation does promise hybrid as well as all-electric versions. So let's never say never.

Sure, the latest Range Rovers are pretty far removed from the original with its hosepipe washable interior. But still, the modern designs continue to hark back to the original masterpiece. To me - that's rather impressive.