The strange radar contacts started appearing at 11:40 pm. "We knew immediately that a very strange situation existed…their movements were completely radical to those of ordinary aircraft," said Harry Barnes.

The date was July 19, 1952. Barnes was a senior air-traffic controller at National Airport in Washington DC. The strange contacts moved faster and more erratically than regular airplanes.

Barnes asked another radar operator to check the contacts and called the tower. Howard Cocklin and Joe Zacko also had unidentified blips on the tower's radar screen. More importantly, they also saw a hovering "bright light" in the sky, which departed with incredible speed.

Barnes was getting concerned. When radar contacts appeared from all directions and headed toward the white house, Barnes called Andrews Air Force base.

S.C. Pierman, a Capital Airlines pilot, was waiting for take-off permission on the runway. He couldn't take off because the control tower's radar had detected unknown objects closing on his position!

Pierman reported he saw six objects-" white, tailless, fast-moving lights"-over 14 minutes. Barnes was in radio contact with Pierman and said that each sighting "coincided with a pip we could see near his plane."

At 3 am, the Air Force launched two F-94 Starfire jet fighters. Shortly before the jets arrived over DC, the objects vanished from the radar. Once the jets ran out of fuel, the things returned. The cat-and-mouse tactics convinced Barnes that "the UFOs were monitoring radio traffic and behaving accordingly." Radars last detected the objects at 5:30 am.

How did the UFO stigma begin?

The following quote summarized the fallout from this "UFO flap" over DC. The section is from an Australian Top Secret summary memo in 1971, now declassified. The subject was "Scientific and Intelligence Aspects of the UFO Problem."

The memo explains clearly where the stigma came from:

"The CIA became alarmed at the overloading of military communications during the mass sighting of 1952 and considered the possibility that the USSR may take advantage of such a situation. As a result, OSI (office of special investigation), acting through the Robertson-Panel meeting of mid-January 1953, persuaded the USAF to use Project BLUE BOOK as a means of publicly 'debunking' UFOs and at a later stage to allocate funds for the AVRO advanced 'saucer' aircraft and the launching of a crash programme into anti-gravity power."

The report refers to the 1952 "flap of flying saucer" reports over Washington DC and the reaction from the United States government. It was a sensitive time in the US.

"Flying saucers" had enamored the populace since June 8, 1947, when this headline ran in the Cedar Rapids Gazette:

Shortly after, the Army shipped the crashed parts to Wright Patterson AirForce Base. the story quickly changed to a "balloon." The primary witness, Jesse Marcel, said the material he and his coworkers handled was like plastic saran wrap but amazingly strong. He supposedly hit it with a sledgehammer to no effect.

Based on the public reaction, the Department of Defense tasked the newly formed Army-Air Force, to investigate the "flying saucers." 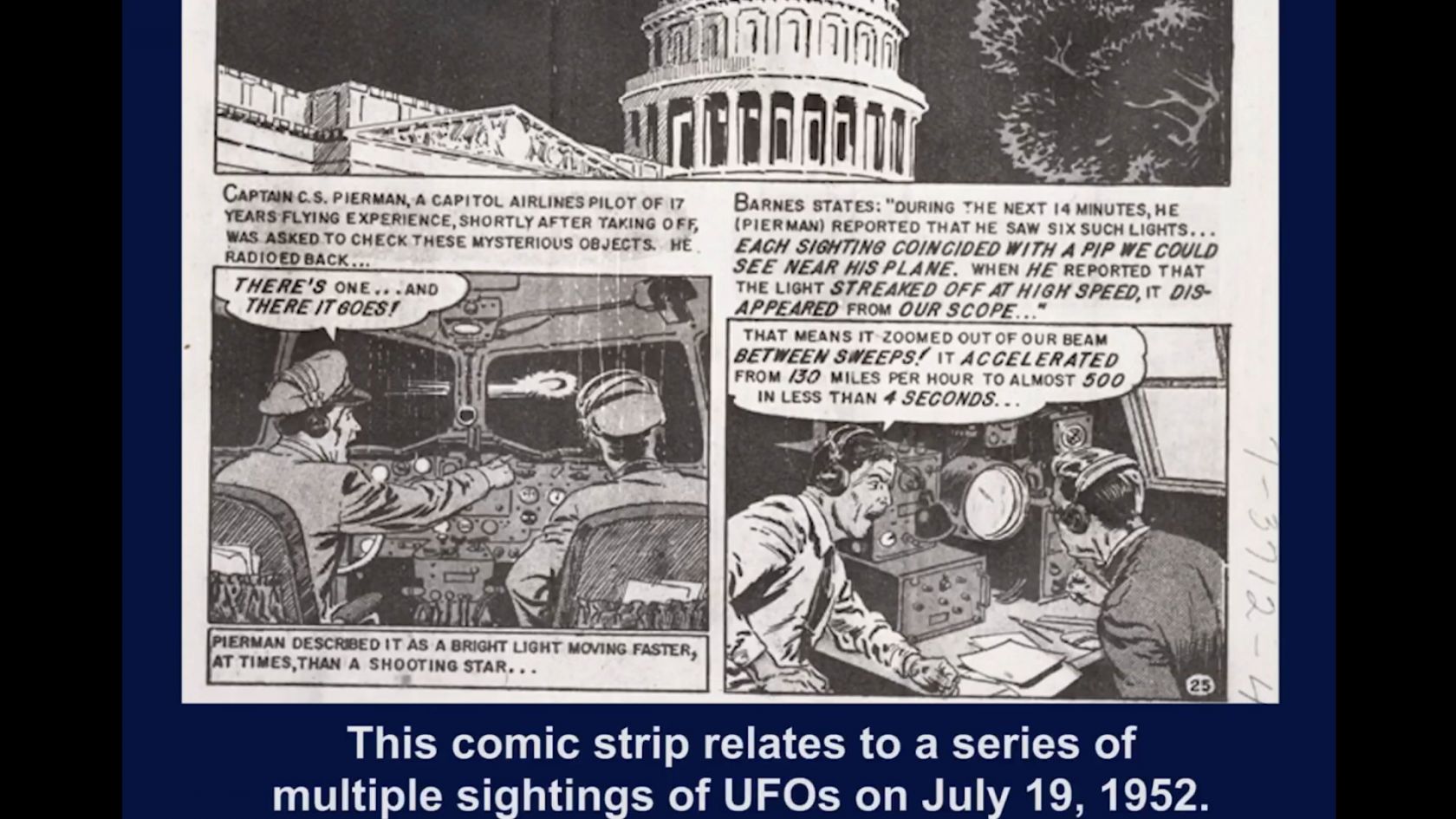 The US Air Force started tracking incoming reports in the formal USAF investigation called PROJECT BLUE BOOK in 1947. Even though the project shut down in 1969, the Air Force successfully captured data on unidentified aerial objects.

With all the reporting and formal investigations accomplished in the past, why is it tantamount to career suicide to mention UFOs or extraterrestrial life? According to a July 2021 Pew Research poll, 65% of Americans believe intelligent life exists on other planets.

Still, the stigma is powerful in America today. Last week, I interviewed Captain Chris Van Voorhis. Chris is a commercial airline captain with 50 years of flying experience. He was one of the captains involved in the "RaceTrack UAP" sightings seen over the Pacific Ocean on August 10.

Although the recent pilot sightings are likely satellite systems, such as Elon Musk's Starlink internet service, the investigation has highlighted some crucial results.

The biggest takeaway is that the stigma is still alive and strong.

Despite the saying "any publicity is good publicity," Chris's employer did not want their name mentioned. The Airline wanted nothing to do with the reports and admonished pilots for speaking out. The Airline deleted emails and denied Chris's request to speak on national media.

But, I was able to chat with Chris online because we didn't mention his employer and talked about a previous encounter he had.

While flying in 2004 for a Japanese subsidiary airline, Chris and his co-pilot saw "three, I hate to say it, classical metallic flying saucers enter the atmosphere in a triangle formation. They stopped, slowly rotated in formation, and then shot off at an amazing speed over the Earth's horizon. My co-pilot and I looked at each other, 'did you also see that?' Yes. Okay, I'm not crazy. Then we didn't say anything; we just continued quietly. I felt very blessed to see something like that but didn't report it. I remember Japan Airlines cargo flight 1628 in Alaska. The pilot spoke about lights and a large craft that followed his Airline. The radar centers saw the hits on the radar. But, when he spoke out, the Airline grounded him. He flew a desk for many years."

It seems little has changed. The stigma remains despite NASA Opening a research study looking into the phenomenon.

Thanks, CIA and the Robertson panel!

If you see lights in the sky let us know at The Portugal News! Check out my YouTube channel "Lehto files".