HomeCryptoWhy Did Crypto Crash? How Bitcoin (BTC), Dash (DASH), and RoboApe (RBA) Will Hold up

Why Did Crypto Crash? How Bitcoin (BTC), Dash (DASH), and RoboApe (RBA) Will Hold up

With the crypto market at a major low right now due to the market crash, all coins have dropped in value including the big ones such as Bitcoin (BTC). Yet still holding the number one position in the market, Bitcoin’s value has fallen by approximately 25% in the last seven days. Although this doesn’t sound like much, it is important to remember that the market has been in trouble for quite some time now with all coins slowly decreasing in value.

At a time like this, it can become difficult to predict how certain coins will hold up. At the moment, nobody can be sure how long the crash will last and which coins will survive. However, we can evaluate and predict the likeliness of Bitcoin, Dash (DASH), and RoboApe (RBA) surviving the crypto crash.

So, Why Did Crypto Crash?

The crypto market has been struggling for a long time now, especially in recent months. Experts believe this is because the market has been under a lot of pressure from the Federal Reserve, raising interest rates to help overcome inflation. This has resulted in many investors being put off investing in crypto at the current time, as prices have risen in day-to-day life.

A prime example of this is petrol prices. With one of the biggest rises we have seen in a very long time, many individuals do not want to risk their money by investing in an already suffering market. Ultimately, this has led to the crypto crash.

How are coins like Bitcoin and Dash expected to hold Up?

Bitcoin (BTC) is the biggest cryptocurrency in the market and is the leader of all cryptocurrencies. Despite dropping down to $22,000 in value at the time of writing, BTC is still expected to be the leading project in the market, however, no one can be sure.

Dash (DASH) is a cryptocurrency that ranks in the top 100 on CoinMarketCap and is a project, that aims to improve upon Bitcoin by stronger privacy and faster transactions. Having decreased by approximately 27% in the past seven days, the DASH token has suffered significantly. Nevertheless, due to its popularity like Bitcoin, it seems that Dash will continue to do well throughout the market crash. 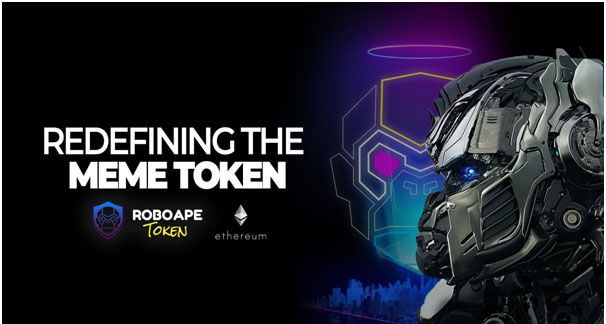 Why Is RoboApe (RBA) Different?

Although RoboApe (RBA) is a new crypto project, it is expected to hold up better during the crypto crash as it is in the presale phase. This means that the crash has not impacted its value as RBA token prices are already low and at a bargain price.

As one of the better presale projects, RoboApe has already built a community and is continuing to do so. This is because many investors have turned to presale projects rather than the big coins, as they are not directly impacted by the current market situation. Additionally, RoboApe has many strong features to appeal to investors such as the RoboApe Academy which is a free educational hub, to educate users on all things crypto, along with an NFT marketplace and charity events.

So, despite the crypto crash, if you are still looking for the right project to invest in, RoboApe (RBA) is the one to do so as it is likely to remain strong even once its presale has ended.

Find Out More About RoboApe:

Why Chronoly (CRNO) is outperforming Stellar (XLM) and eCash (XEC)

Investors multiply wealth with Chronoly.io (CRNO) while Algorand (ALGO) and Celo (CELO) pull them down

Since The Merge, Ethereum lost around 15% – Is it time to buy?

Why Chronoly (CRNO) is outperforming Stellar (XLM) and eCash (XEC)

Investors multiply wealth with Chronoly.io (CRNO) while Algorand (ALGO) and Celo (CELO) pull them down

Since The Merge, Ethereum lost around 15% – Is it time to buy?

Cronos (CRO), Mehracki (MKI), And Binance Coin (BNB) Are The Three Most Wanted Coins This Month!

Could Cryptocurrency Change The Future of The Luxury Real Estate Market?

Cryptocurrency Difficulty: How Important Is It for Blockchain Network?

Mark Cuban and His Opinion About Cardano (ADA) and Chronoly.io (CRNO)

Moonbirds, Doodles and a new NFT token Chronoly.io - Which is better?

Crypto analyst: My Freedom Coin (MFC) is a reminder that some new projects are safe bets

Why Did Crypto Crash? How Bitcoin (BTC), Dash (DASH), and RoboApe (RBA) Will Hold up