UFO in the Queen's Platinum Jubilee?

"The Miami Air Sea Show on 25 May and the Queen's Platinum Jubilee Flypast on 2 June 2022 both had viral videos of supposed UFOs or the new term, UAP, unidentified aerial phenomena.

Most people don't spend much time looking up. UFO events are sporadic and usually fleeting. And during actual encounters, many people don't have the time or the mental wherewithal to take out their phones and video.

Significant outdoor events such as air shows, with thousands of people filming the sky, provide an excellent opportunity to get new unidentified flying object videos.

The first video from the Miami Air Sea Show is relatively short and appears to record a small white sphere emerging from the water and quickly flying past an F-18 fighter jet as it presents a slow flight manoeuvre off the coast. You can see the video on "Chris Lehto" YouTube channel.

The slow-motion video quickly went viral, and I received many requests to analyse it.

I was initially very excited about the Miami Air Show video because we can now check other angles with so many people filming at the same time. If just one other person captured the same object, then we can triangulate the two photos to get a much clearer estimate of the size and speed of the object.

Unfortunately, I could not find any corroborating videos for the Miami object. With only one short pass video and no supporting data, I conclude that this object is simply a tiny bird, or possibly an insect, flying towards the camera.

What do you think? 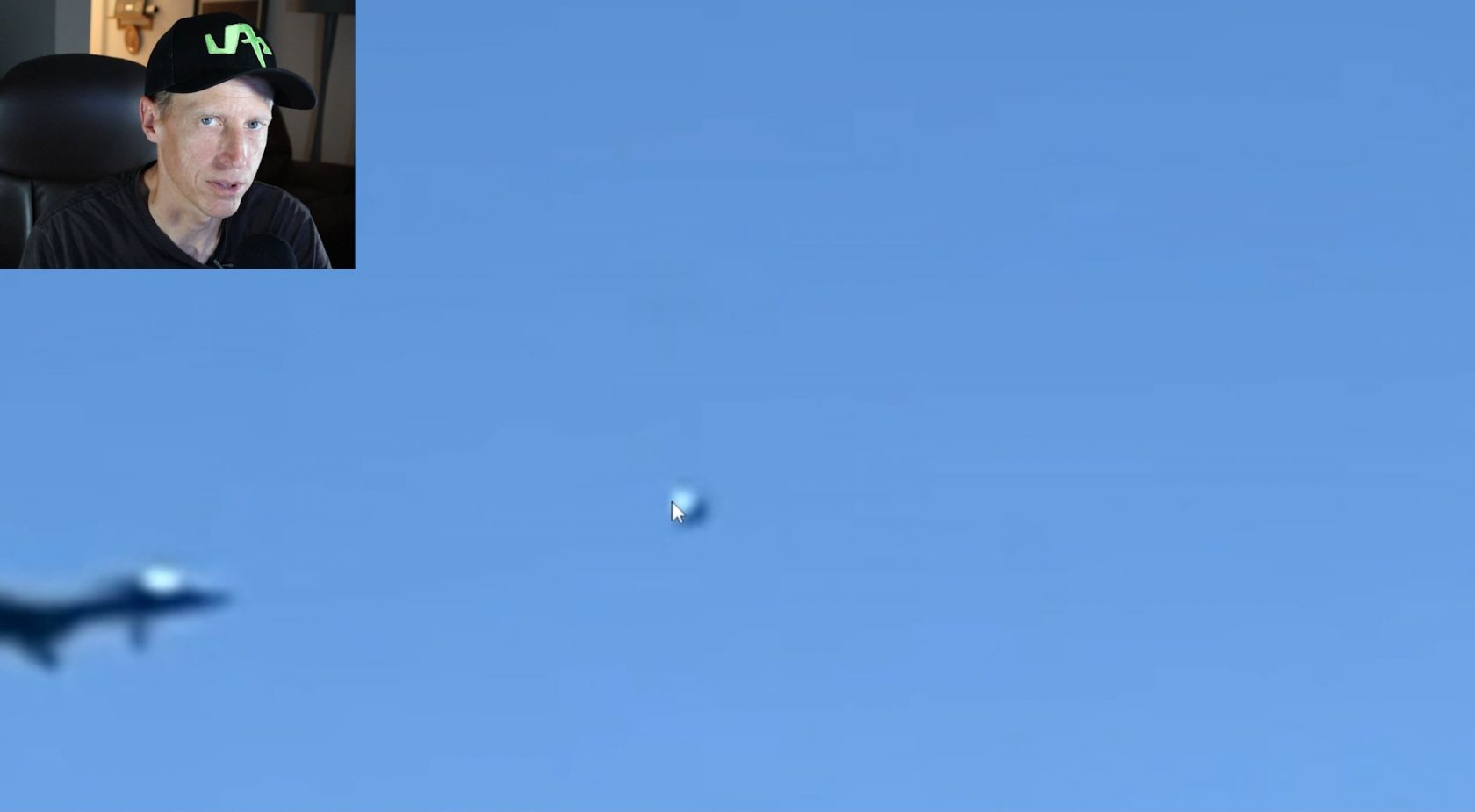 The second video from the Queen's Platinum Jubilee was more exciting because I found six different videos online! All videos were filming the same visually stunning Red Arrows flypast.

The UAP itself appears during the climactic Red Arrows flypast. Just as the nine alpha jets in a V formation pass directly over the queen, a white ball seems to follow behind the Red Arrows, then accelerates off the screen.

Is the mysterious white object just a balloon or something else? 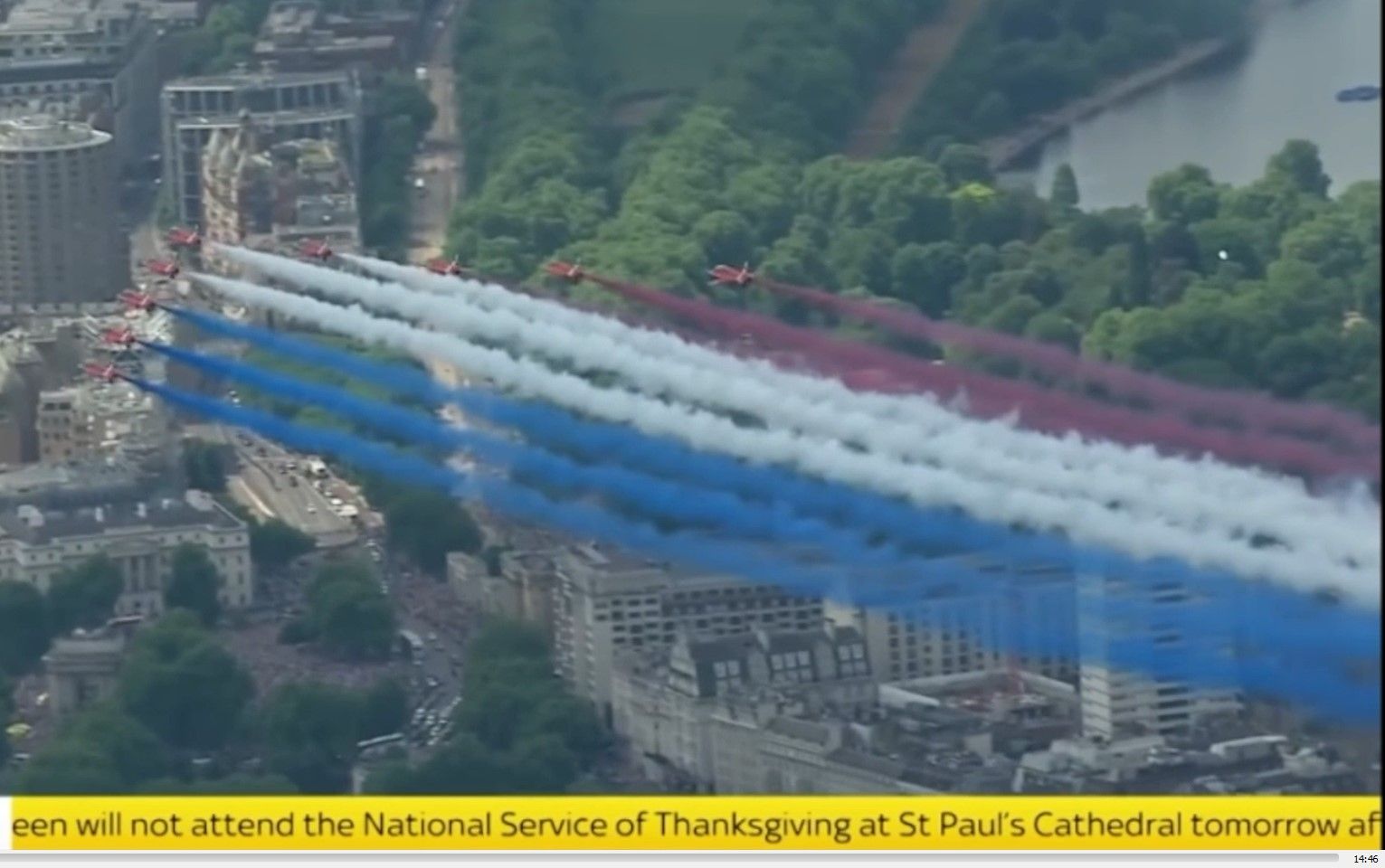 The question is not as easy to answer these days. Mysterious balls of light have been documented since 2014 off the east coast of the United States. The unidentified objects were stationary in high winds and split right through the F18 flight formation. One pilot described the object as a dark grey cube inside a transparent sphere.

I spent the week aligning all the Queen's Jubilee videos based on the Red Arrows smoke colour changes and meticulously looking for any sign of a UAP. What I found were two small bird flybys and two seagull flybys.

I could not capture the same object from other video angles despite the multiple angles.

For this reason, I am chalking these two air show events to mundane flying objects such as birds and balloons.

What do you think? Have you seen any exciting lights or objects in the sky you couldn't identify? Let us know at The Portugal News!

2022 will be a banner year for Unidentified Aerial Phenomena

By TPN/Lusa, In News, Portugal, Algarve

By TPN, In News, Portugal, Property

UFO in the Queen's Platinum Jubilee?