HomeAlgarveLuz - Light of the Ocean

Luz - Light of the Ocean

Even though the name Praia da Luz (which translates to the ‘Beach of Light’) simply comes from ‘Nossa Senhora da Luz’ (as it was formerly called in the middle ages), if you were one of the few tourists to visit this quiet seaside village on the south west coast of the Algarve in the 1970s, you could have been forgiven for thinking that the name must have something to do with the abundance of lights you could see if you gazed out into the ocean at night.

Apparently, the locals would playfully try and fool the more gullible of these tourists into believing that these lights were Morocco. But, of course, they were in fact the lights on the many fishing boats from, what was then, this thriving fishing village, that were bobbing away out at sea. 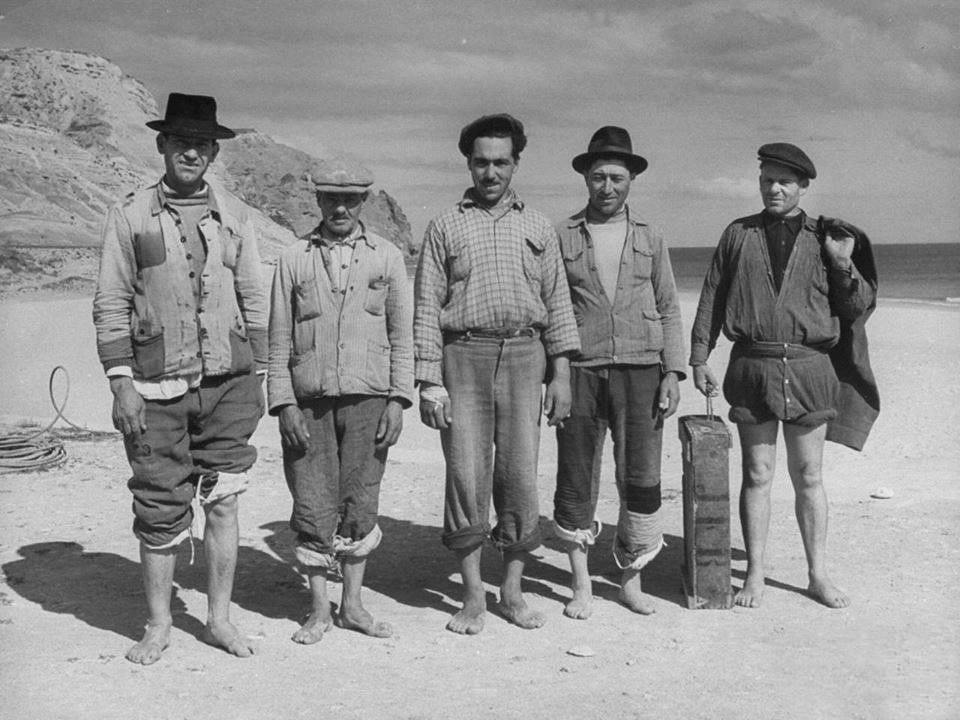 However, times have changed, and these days visitors may well come to another conclusion regarding the origin of this village's name. You see, the ‘Luz’ has rapidly moved from out in the ocean and made its way up onto the land. This beautiful little coastal town has experienced enormous developments over the last 30-40 years and has become a huge tourist hotspot. The fish canning factories were closed and the bright lights of restaurants, hotels and even discos now line the shore. 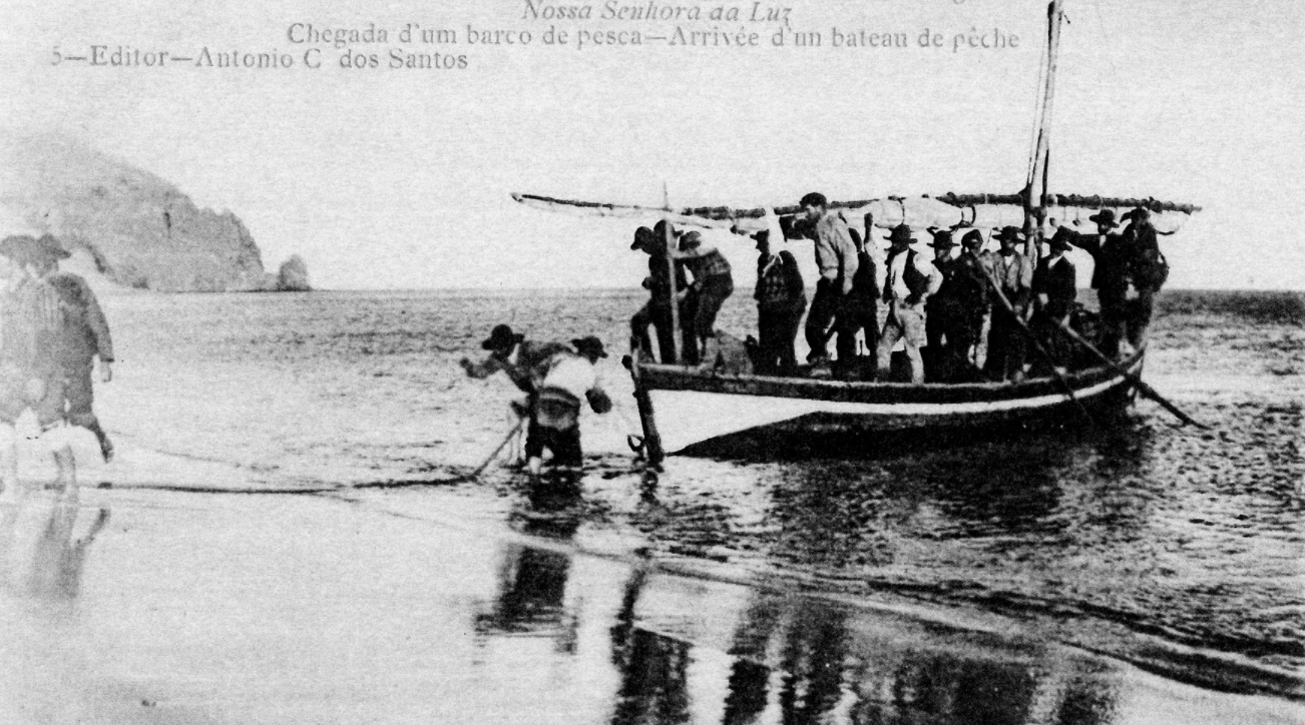 These days, those floating ‘fairy lights’ that once sparkled out at sea have started to dim and with them, an important part of the village's past is fading away as well.

Bringing the sea back into the light

This is why German journalist Monika Hoegen has teamed up with anthropologist Tiago Goncalvez. “The waves of life”, as Monika put it, brought her here last year and she became very interested in the culture and history of the place. Tiago is originally from Lisbon but used to vacation in Praia da Luz every year and witnessed the rapid changes first hand. 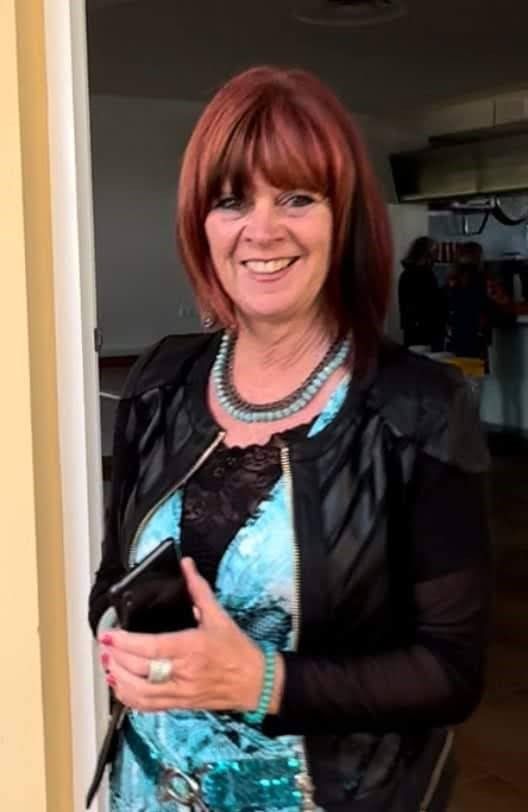 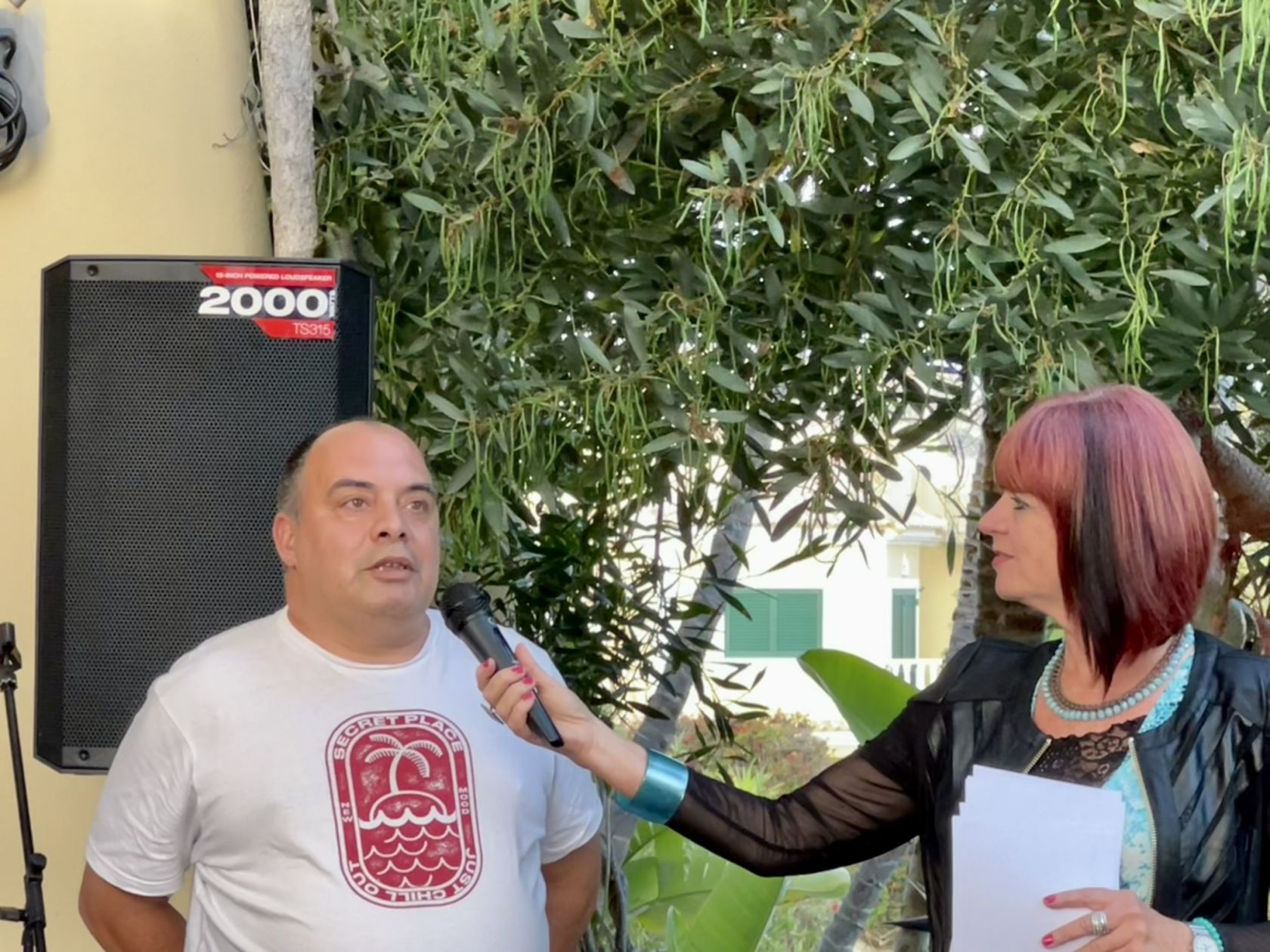 Together with a group of like minded enthusiasts, they have started a project called Luz - Light of the Ocean and they want to shine the spotlight back out to sea and onto the fishermen again. Their vision is to open a cultural centre in Praia da Luz that will host exhibitions, events, performances, music and art - of anything related to the sea. They want visitors to the beach to know how it used to be and to use these memories of the past to build a bridge into modern times. 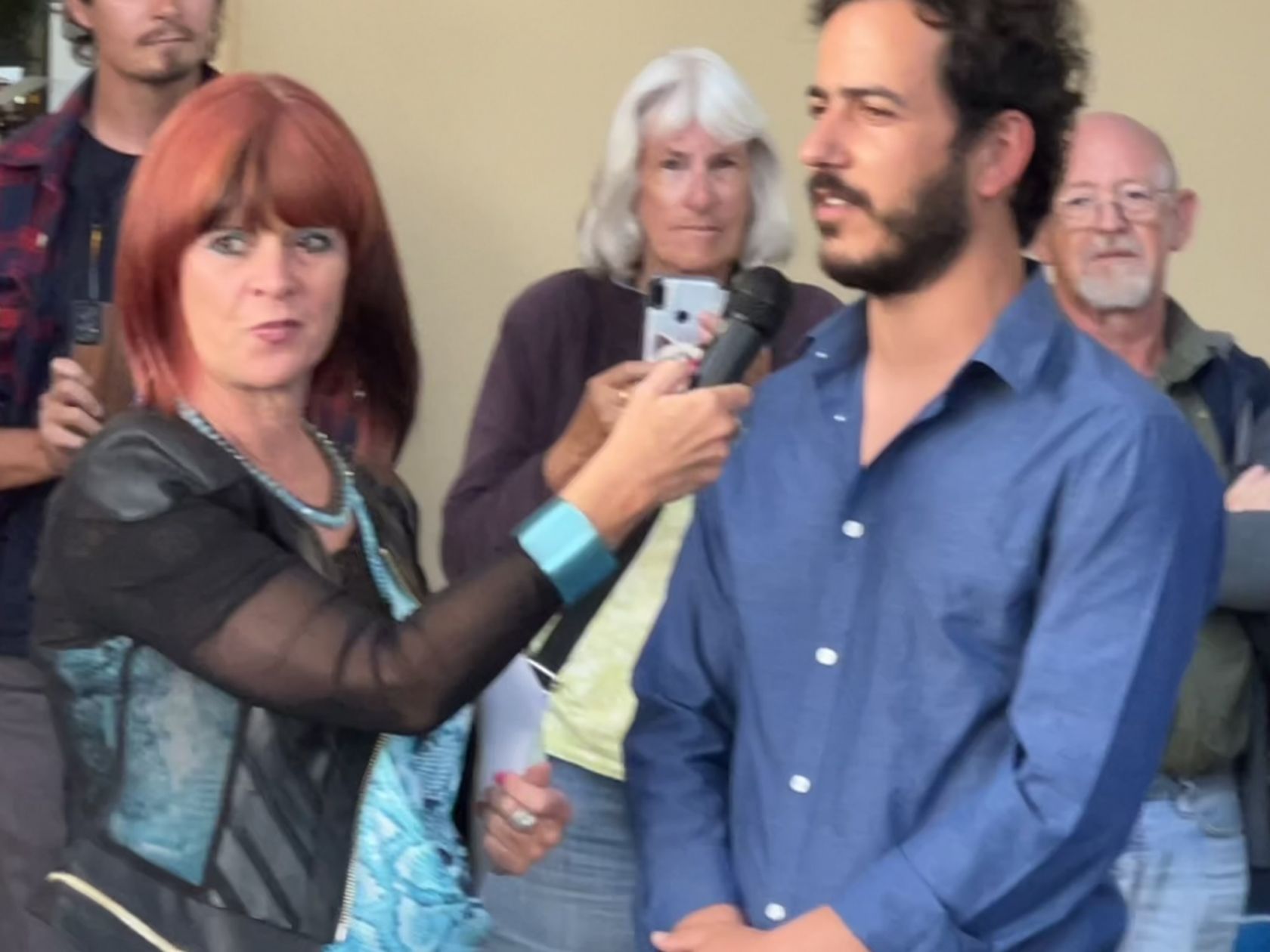 Riding the waves of life

To raise awareness for this project they held an event at the Hotel Vila Luz on the 29th of April which I attended.

The original idea was to have local fishermen come to the event and have them tell us their stories. Unfortunately, the ocean had other plans. At the last minute, Monika heard from these fishermen that they were stuck out at sea and wouldn’t be able to make it. 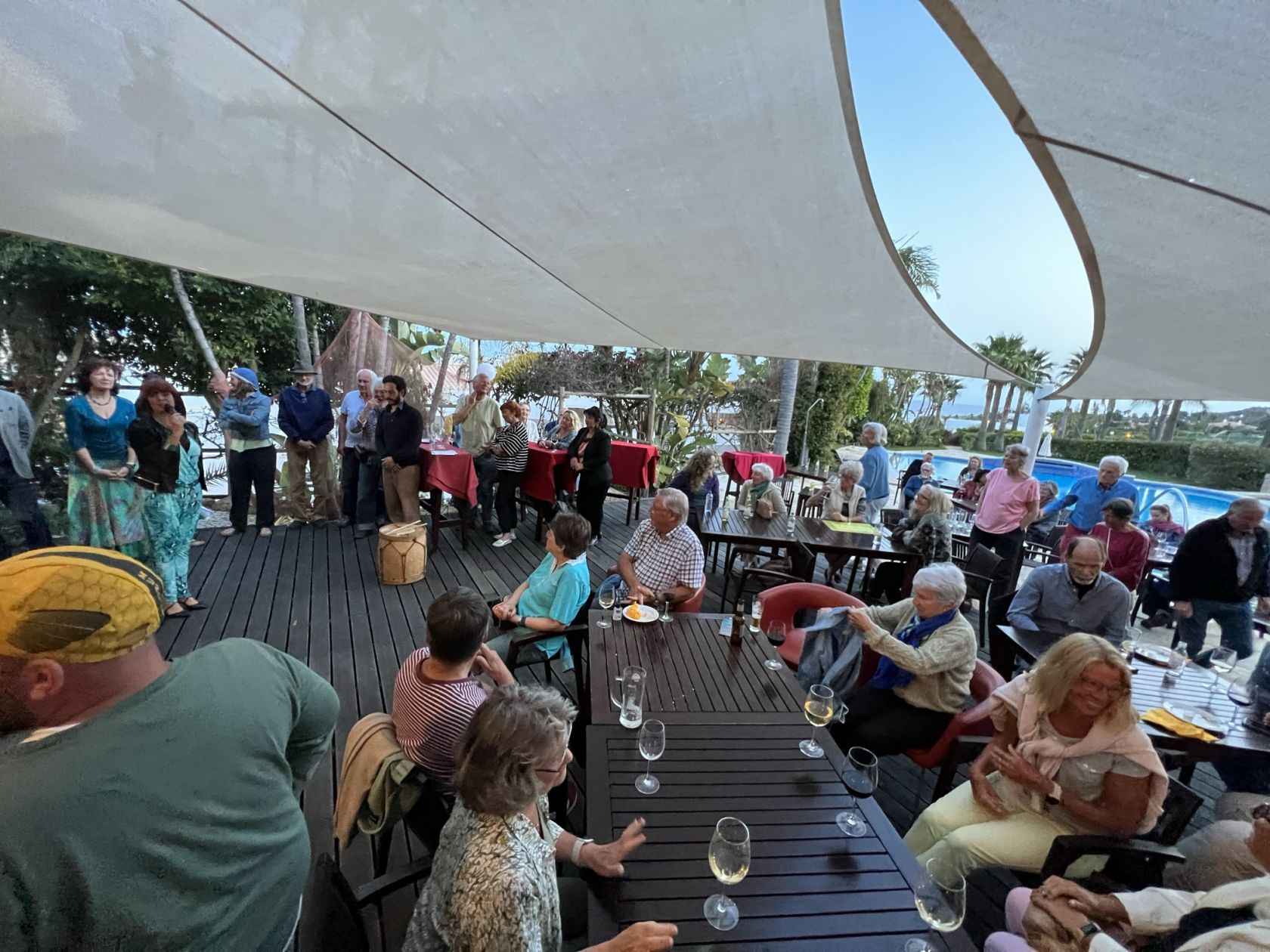 You simply can’t argue with the power of Poseidon and Monika did a wonderful job of riding out this latest wave. Very impressively, a local choir group composed of mainly German singers called the ‘Cora da Primavera' led by musician Pedro Perreira serenaded us all with a collection of beautiful Portuguese songs about the sea. Vincent Jonckheere, from the Conserveira do Arade - Saboreal and Pedro Evangelino from Algarve Dolphin Lovers stepped up to tell us about their projects and to help cover for the fishermen that we didn’t quite manage to catch.

There were also wonderful exhibits from a few different local artists with sea themed artwork. There were huge colourful paper mache fish by Tineke Smit, lovely paintings by Els van der Laan and Eva Herre, as well as some incredible photos made by using an old photographic printing process called cyanotype by Christina Kuhn. 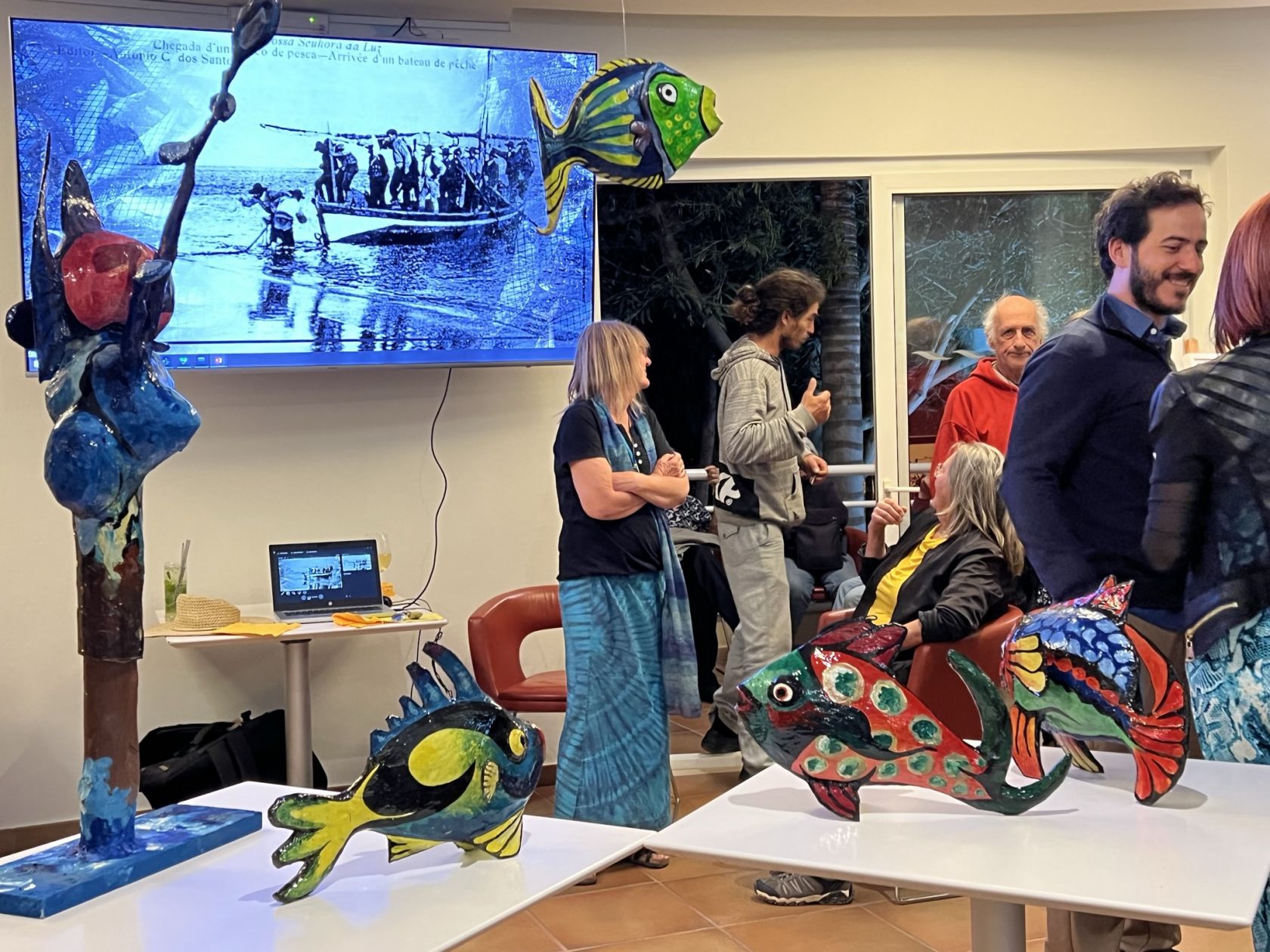 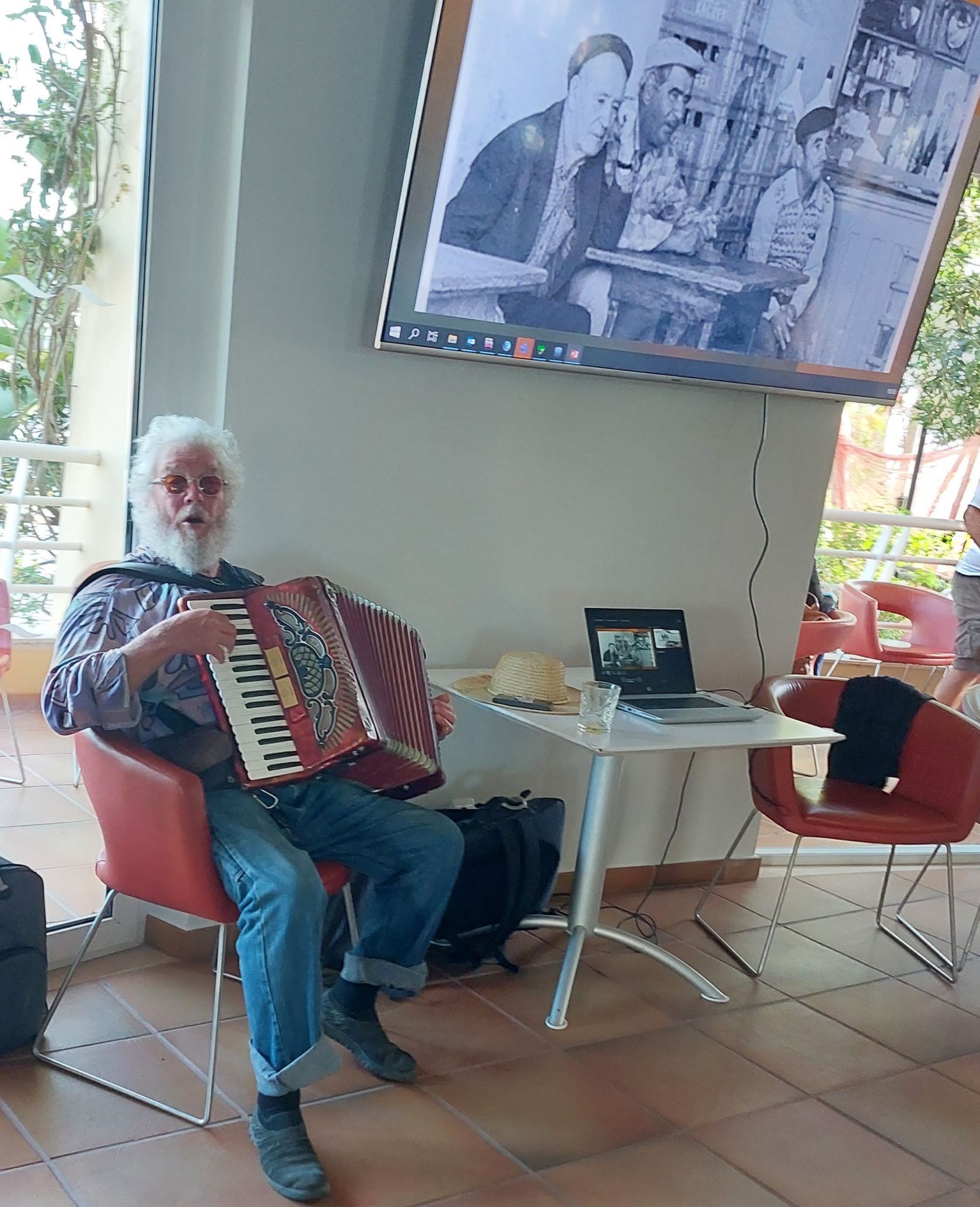 The project is still in its early days but Monika later told me that "The overwhelming feedback and the many people who came to our first event shows the interest that is there for such an initiative. People nowadays want more than just sun and beach. We hope to further convince local authorities that this could bring more tourists and culturally interested people to the area (also off-season) and that it can be a business case for the local economy as well."

They are still looking for partners, sponsors and funding and if you would like to get involved or maybe even attend a future event (which, fingers crossed, might feature some fishermen next time) then please follow them on Facebook @luzoceanlight or email Monika @ monika.hoegen@t-online.de

By Daisy Sampson, In Algarve, Beach of the week, Hidden Gems

By Daisy Sampson, In Algarve, Beach of the week, Hidden Gems

Espiga festival back to Salir

By TPN, In Algarve, Events

Faro: a perfect place to live!

By Advertiser, In Algarve

“The Churches in Tavira”

A taste of the Algarve

Which airlines are cancelling the most flights?

By TPN, In News, Tourism, World

By Advertiser, In Algarve, Travel

By Jake Cleaver, In Algarve

“Our Little Piece of Paradise”

By Jake Cleaver, In Algarve

By Jake Cleaver, In Algarve, Renature

Luz - Light of the Ocean