“The American dream now involves buying a house in Portugal”

“The American dream now involves buying a house in Portugal”, according to Athena Advisers whose latest report shows that – North American clients represent 71% of its sales in Portugal. “Portugal's attractiveness for North Americans is on the rise and the growing number of families and US nationals who choose our country to live in is increasing the demand for a home in the country, namely in the Lisbon region”, says the company in a statement.

According to the consultant, from 2021 to this year, sales to US citizens grew by more than 40%, with 43% of homes being sold for more than €1 million. “The growing appreciation of the dollar against the euro is intensifying the demand for homes by these buyers, as the price of Portuguese real estate becomes even more appealing”, he indicates.

Athena Advisers also adds that at the end of 2021, home buyers from the US accounted for 30% of the transactions carried out by the consultant, a scenario that gained strength in 2022: the year has not yet ended and the “percentage of sales made to clients this nationality rose to 71%, with the particularity that 100% of the transactions carried out are aimed at relocation”, reads the note.

Regarding the value of transactions, in 2021, 36% of the units sold to US buyers were closed for a price above one million euros, while this year 43% of the properties transacted exceeded that value.

“[These data] may reflect the increase in house prices, but above all they reveal a predisposition of these investors to acquire properties of increasingly higher value since they have budgets that easily reach five million euros”, says David Moura -George, General Manager of Athena Advisers Portugal.

The official adds that “North American customers are essentially looking for large family properties, T4 and T5 typology, modern houses, with amplitude, high ceilings, with spacious outdoor areas and equipped with home automation”. It is “a niche market with an extremely limited supply in Lisbon”, he notes.

Based on data from SEF, the consultant recalls that, among foreign buyers, the North Americans were the ones who most invested in real estate in Portugal in the first quarter of the year (25.1 million euros), tripling the value compared to the previous period. 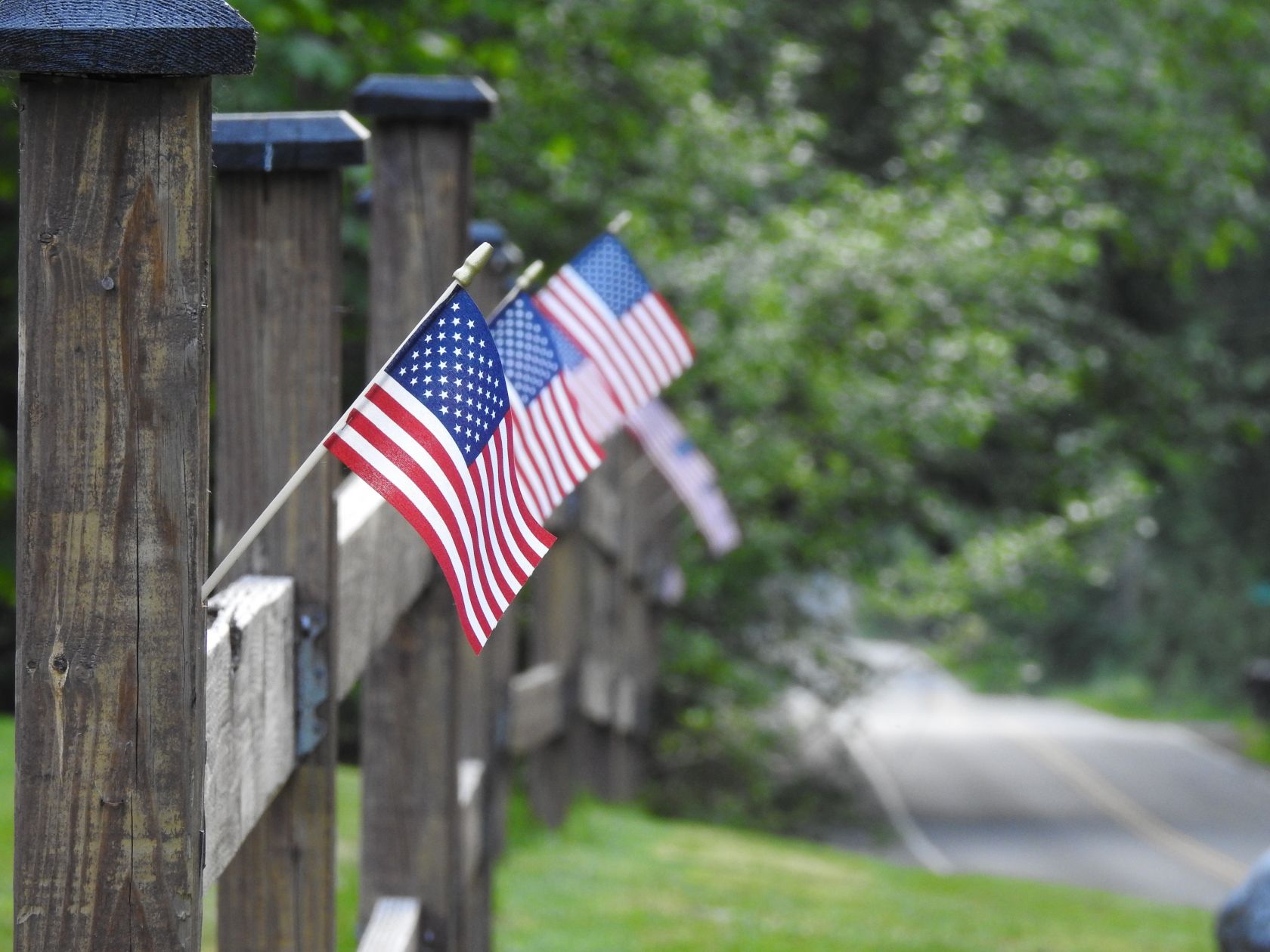 More for your dollar

Adding to the attractions that Portugal offers – safety, climate, lifestyle, etc. – Athena Advisers adds another factor: the current relationship between the euro and the dollar, which is becoming an excellent opportunity for these buyers, making the price of Portuguese real estate even more accessible and attractive.

“The first reaction is to face this phenomenon, which happens for the first time in 20 years, as negative, due to the devaluation of the euro against the dollar. However, in the current context of growing interest on the part of North Americans for the purchase of a house in Portugal, we must also understand it as a stimulus to the investment of these buyers in our country, which for this reason have been intensifying the demand for national products, since that this relationship between currencies gives them greater purchasing power in our country”, explains David Moura-George.

An example given by the consultant is the Palacete Benformoso, in the Intendente area, in Lisbon, which is being sold for 2.7 million euros. Had it been purchased in early February, the buyer would have paid $3,092,580, but if purchased today (October 12) it would have paid $2,621,803, down 15%.

First let me say I am not a professional and I don’t have statistics to offer, just a personal experience.
Portugal has been on the radar for a few years now.
But, it must be said all this influx is also due to the availability to work anywhere in the world either remotely or for a Company that has International locations.
We live in a smaller world and getting smaller. Forty years ago when my parents came to visit the US from Europe it was difficult to find a restaurant that would match what they knew. At the time we lived in LA and all top restaurants were French and it was almost the same everywhere else.
Today people can eat at restaurants from all over the world and seek foreign cuisines on every corner with all price ranges. In Europe we can now find American restaurants and people seek the same cuisines.
Portugal was one of the most affordable countries in Western Europe but Spain and Italy were the favorites for a very long time.
As those countries became more expensive, Portugal stood out and is attracting more foreigners due to the still more affordable cost of living, the climate and technology.
Recently the value of the Dollar vs the Euro added a great benefit.
My son in law lives in NYC, his boss lives in Madrid and her boss lives in London.
In my opinion there aren’t political or security reasons for the moves, but the discovery of a nice Country where the cost of living is still below the average and offers previously underestimated Real Estate.
People come and people go, that is the evolution of an increasingly accessible world.

First let me ask you: why would it be good that Americans are buying in Portugal? Everywhere I go I try to escape Americans .

Second how much did the real estate pay you to be in that very report?

Thrid I have a swiss salary and cannot afford neither want to buy inflated houses . Lisbon is becomming more and more like Disneyland. This beeing said why does the government put all their eggs in one basket(tourism)? Its pure nonsense plus it destroys the lives of average Portuguese workes who now can not event buy a house in Vila Franca de Xira in order to work and live in/around Lisbon area. Think about that. So stop visas, stop mass tourism.

Well as long as it remains just a dream!
But seriously a lot of Portuguese families immigrated to different parts of the world, including Canada and America looking for a better life.

I am sure some of their descendents will be looking to return.

I can't think of a better life than living in Portugal, and by that I mean becoming part of the Portuguese way of life, and enjoying what the countrie is.
Not trying to reshape it into a little London, New York, or Berlin.
But I am selfish.
If I had my way Portugal wouldn't change a bit.
But no one can stand in the way of progressing and Portugal will evolve in its own way.

I once visited Cyprus and bank officials were wheeling money in broad daylight from one bank to another one on the otherside of the street. I asked them aren't you worried about being robbed?
Their reply was. "We are a small Island, if you take it. Where are you going to run to that you can't be found."

Obviously there is crime in general, including domestic violence and molestation. But this is more prevalent in the larger conurbations where community is not as binding.

Portugal is a splendid country and like all European countries its is also taking in its share of refugees. New faces are appearing and be made welcome.
Time is always changing as the saying goes. Iam old and do not welcome change, having discovered something I like I find a comfort in things staying the way they are.
Perhaps dinosaurs had the same mindset as myself.
So no, I do not read with pleasure that Americans intend to invade this wonderful land.
North Americans could mean Canadians. For a longtime they have loved Portugal

I wonder how big a factor the increasing polarisation and gun violence is for Americans to flee their country. As for me, Americans are welcome as long as they leave their MAGA hats and opinions behind.

reading the comments is a pure joy. thank God none of you get a vote over here.

That is rude when you say:trying to escape americans all your life. Its good to have a cosmopolitan cities in portugal when in fact a few years back we felt like living in stoned age.having people coming to portugal to live inn is always a pleasure, the problem is the government officials and the councils who did nothing to stop these price especulation. With housing prices at this level, union strikes will and migrations
will become a new asset in our modern life's again.

The biggest problem with the BIG BUDGET people coming from USA is that it forces prices up beyond the means of many others.

Where is it cheapest (and most expensive) to buy a house in Portugal?

Number of homes for sale in Portugal at 15-year low

€1 million in cryptocurrencies sized by PSP

“The American dream now involves buying a house in Portugal”